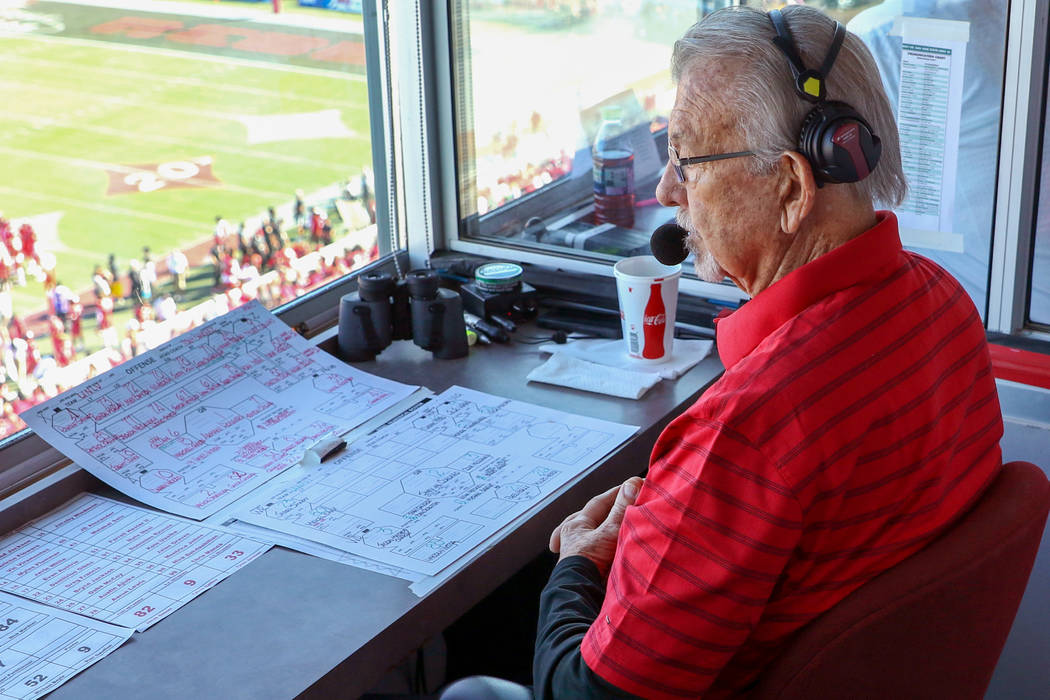 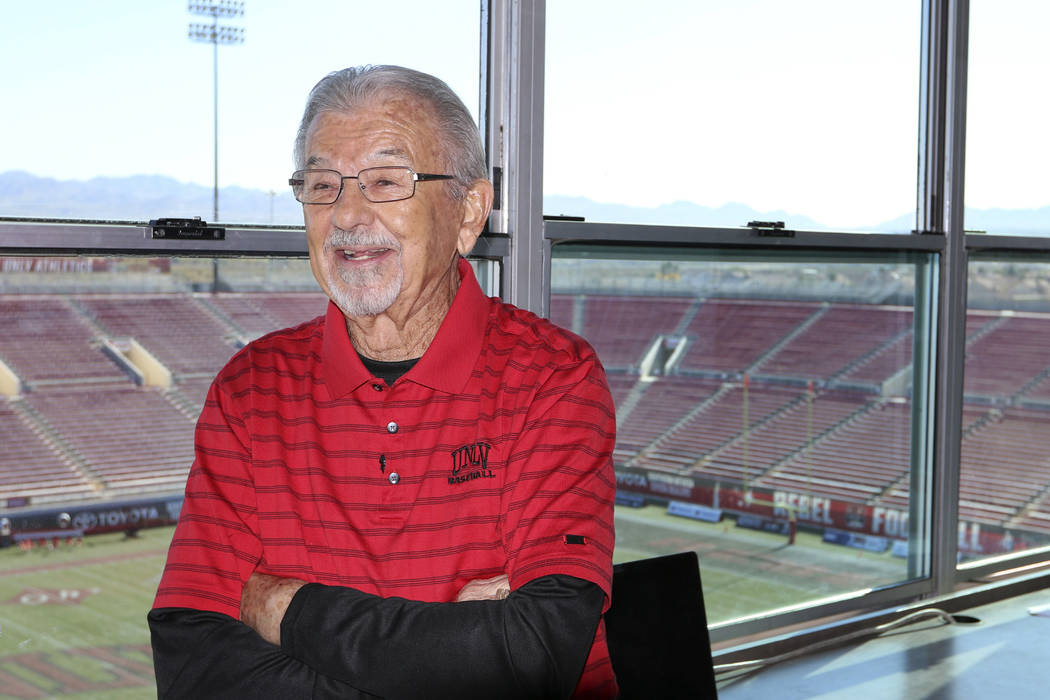 The "Voice of the Rebels", Dick Calvert, smiles during an interview at Sam Boyd Stadium prior to the start of the UNLV vs. Hawaii football game in Las Vegas, Saturday, Nov. 16, 2019. (Heidi Fang /Las Vegas Review-Journal) @HeidiFang 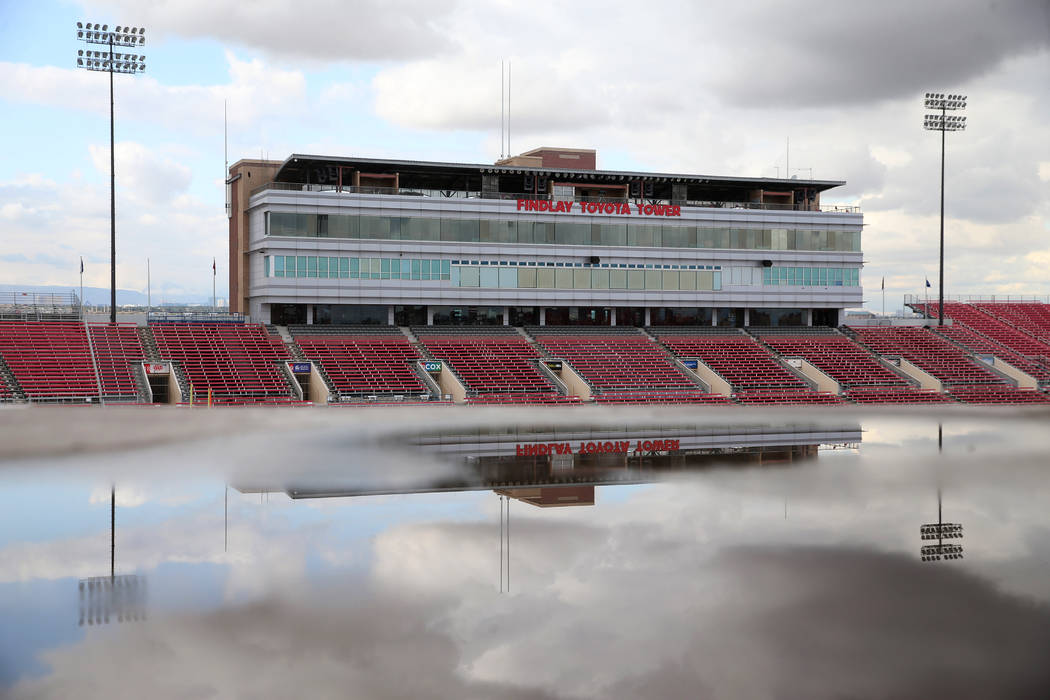 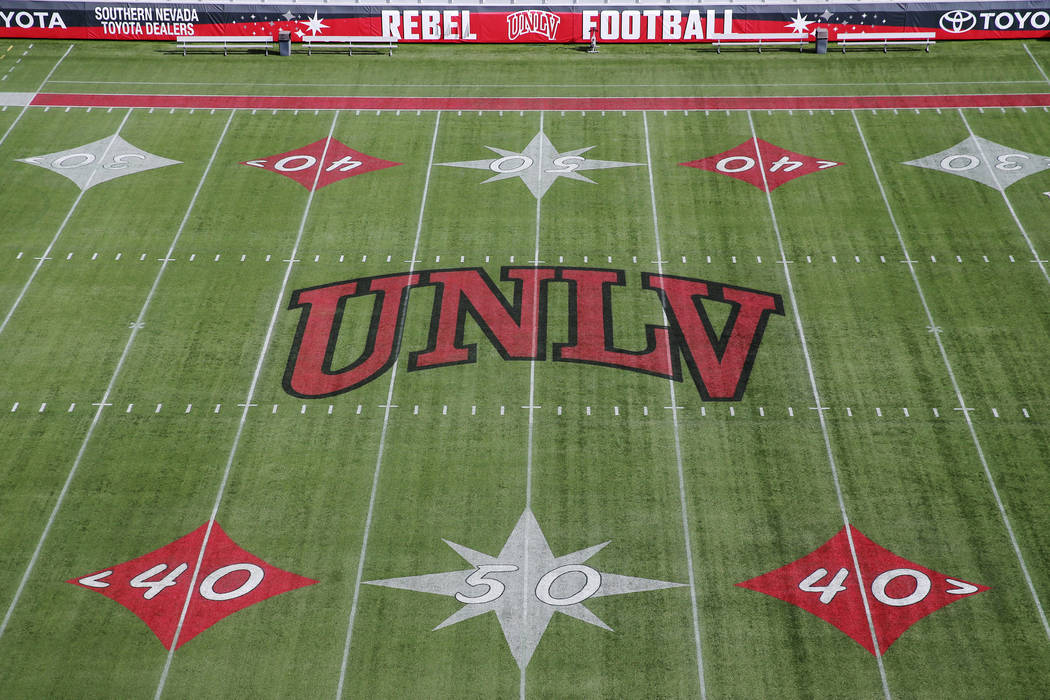 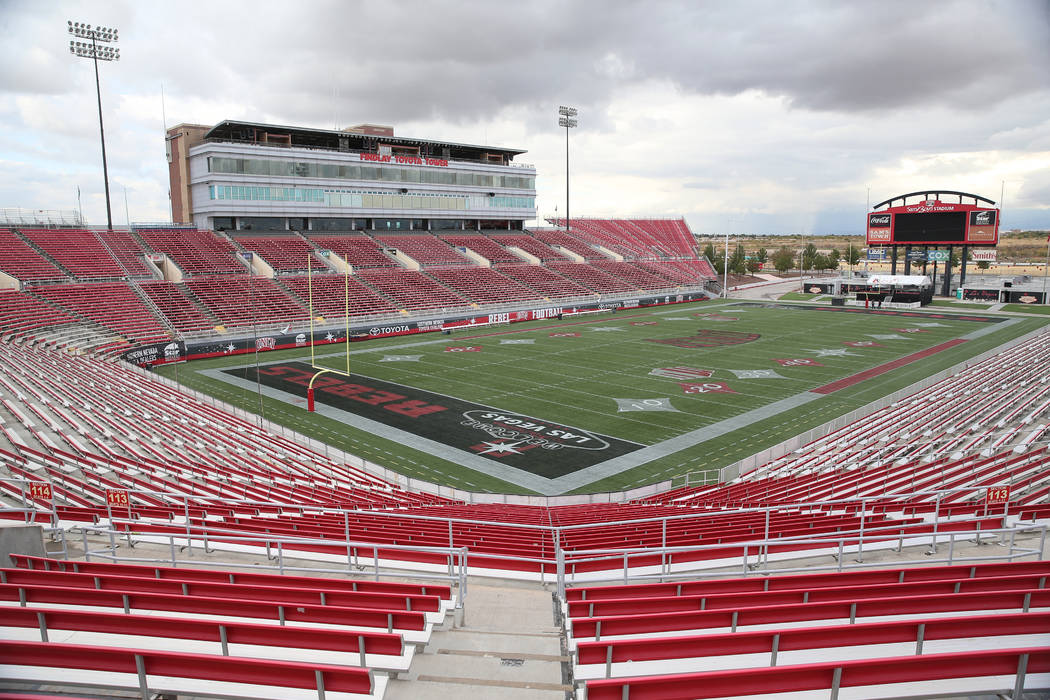 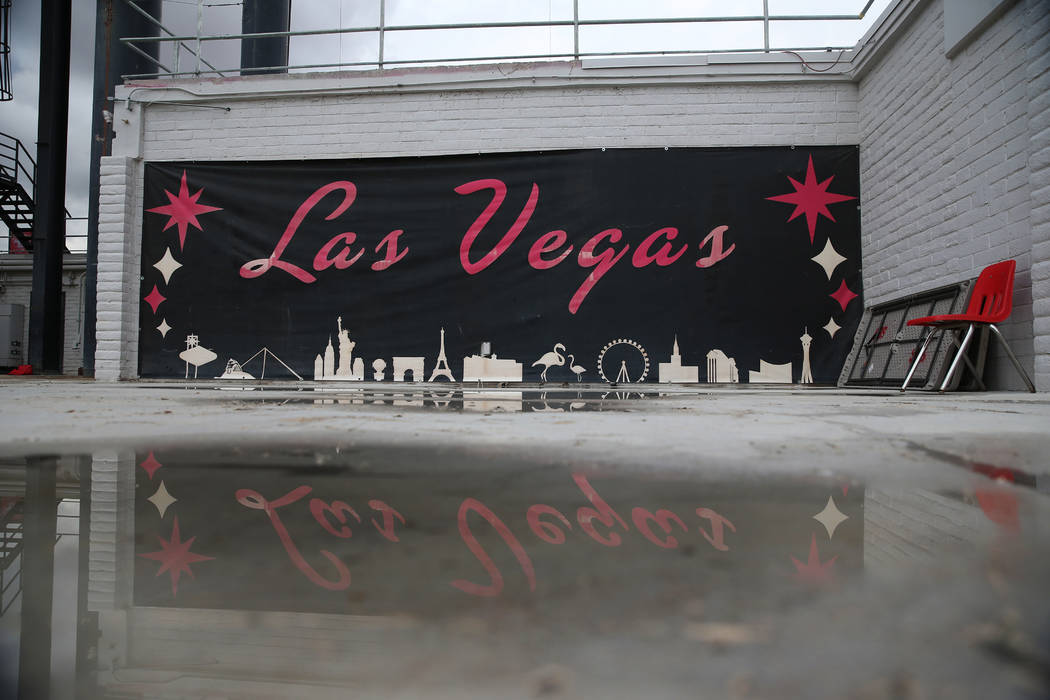 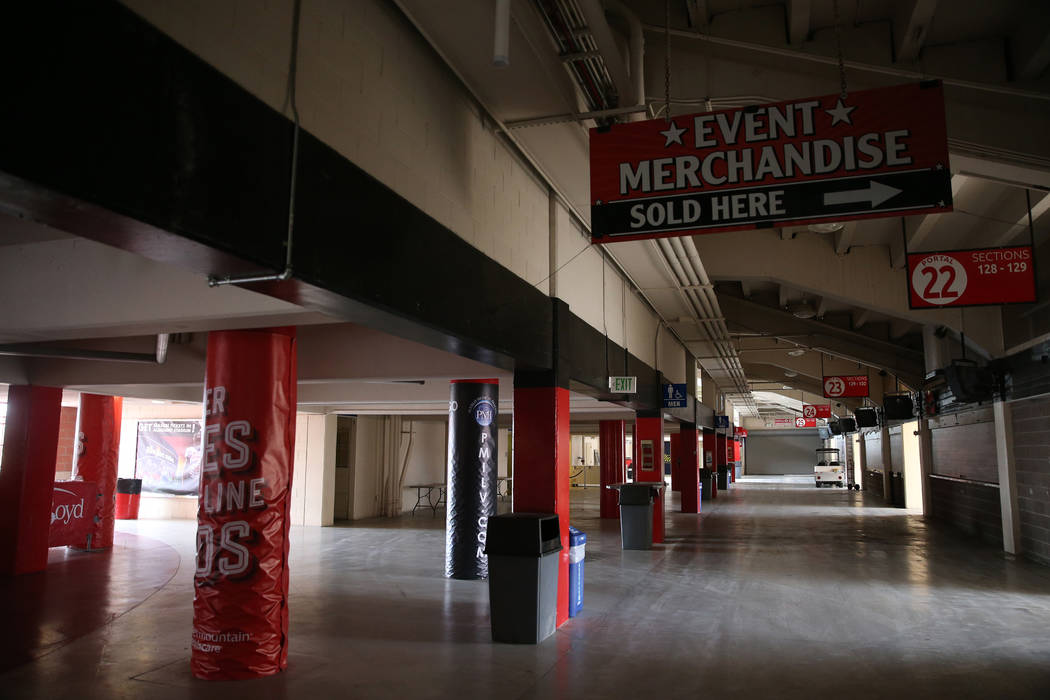 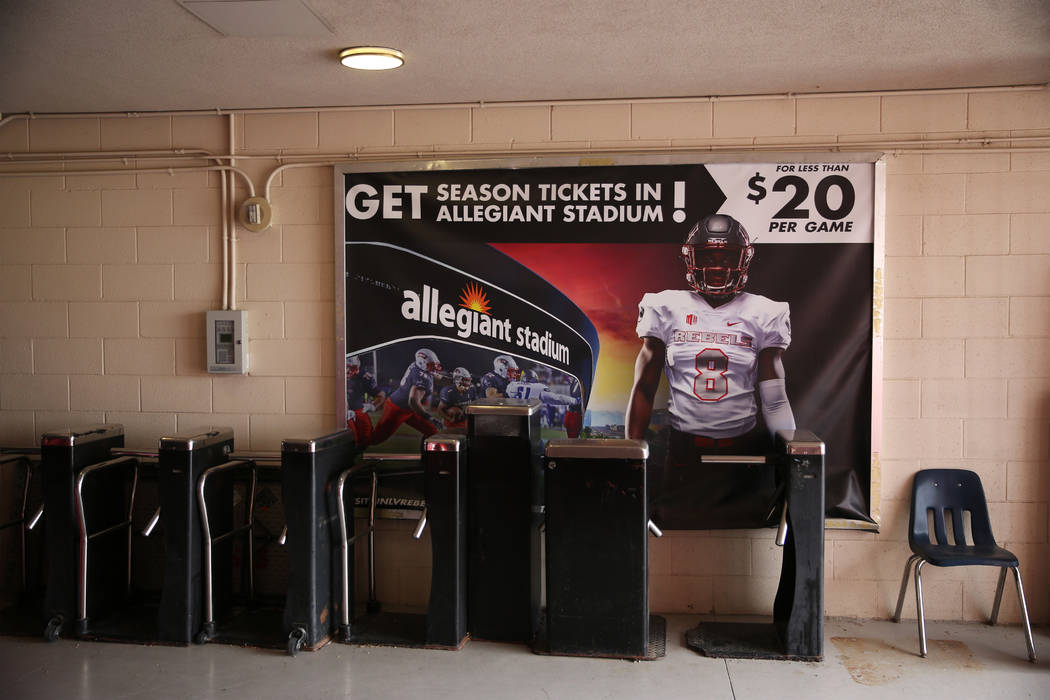 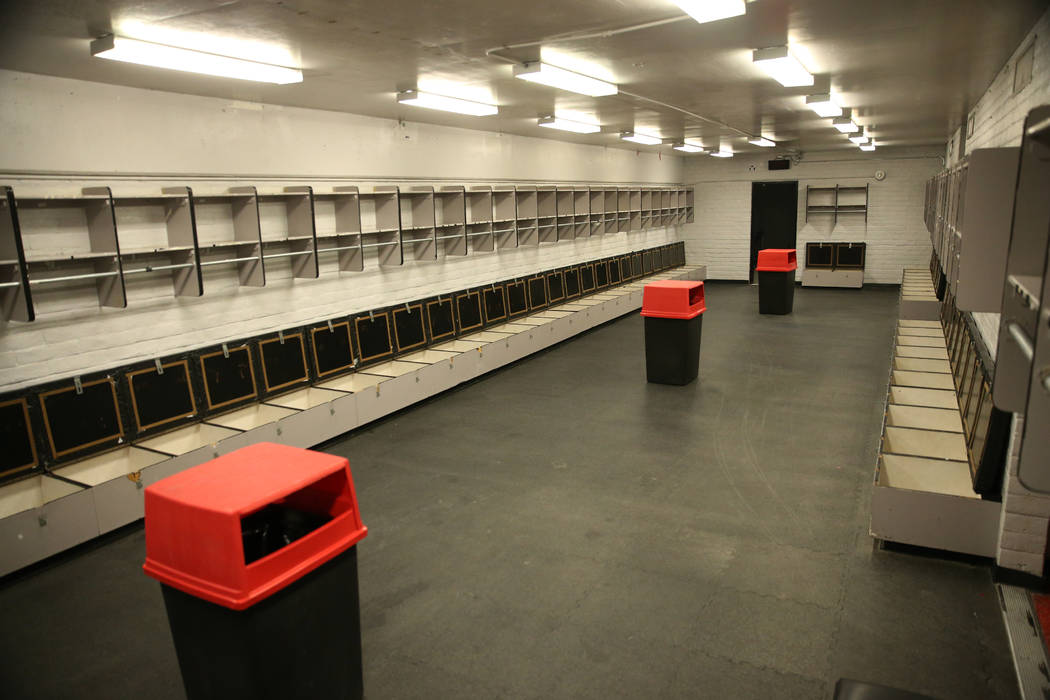 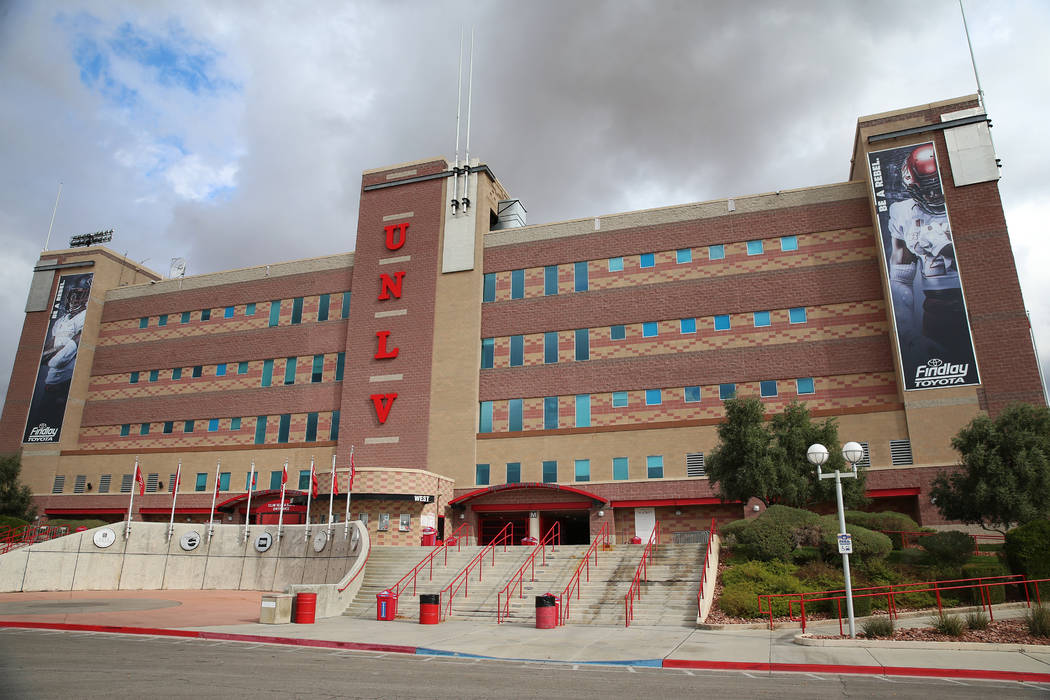 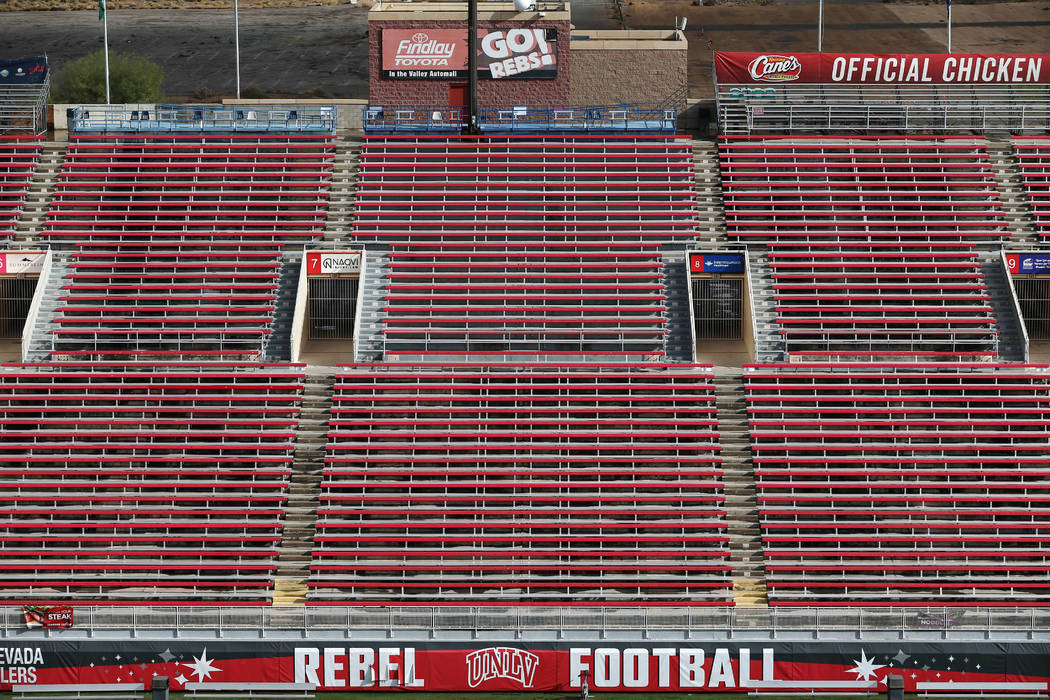 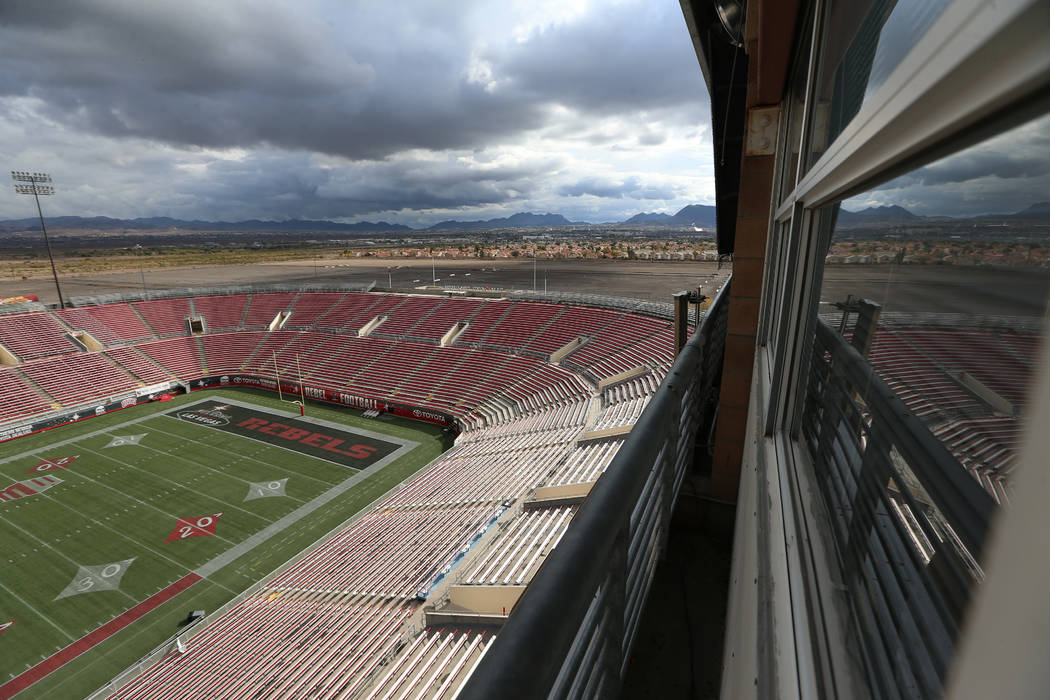 UNLV will play its final football game at Sam Boyd Stadium on Saturday when San Jose State visits for a 1 p.m. kickoff, and as the final seconds of its 49th season tick away, don’t be shocked if puffs of white smoke rise from the facility’s massive tower.

There is no conclave or two-thirds majority vote needed.

But if sainthood doesn’t immediately find Dick Calvert after nearly five decades of watching Rebels football, someone file a protest with the Vatican.

He laughs at the suggestion. The public address announcer is as synonymous with UNLV as anything scarlet and gray, a significant part of the historic fabric that defines Rebels athletics.

Calvert will move with UNLV into Allegiant Stadium in 2020, having signed a contract to continue with the university last summer.

So as massive and spectacular as the new home for football will be, the distinctive voice emanating from a loudspeaker will be incredibly familiar.

It’s how things should be.

“Truth be told, UNLV has given me far more than I have it,” said Calvert, as young an 83-year-old as you will find. “I didn’t go to school here, but I have spent half my life working for it. You don’t see that very often.

“I’ve had about every job at the university except passing out towels in the women’s locker room — but I did apply for that one, by the way.”

How he got here

In short, he needed to make more money.

Calvert and his wife of 64 years, Anne, were beginning to raise a family in Southern California while he scouted for the Dodgers. He signed a guy named Ron Cey out of Washington State and would assist with rehabs when fellas like Sandy Koufax and Don Drysdale were sent out for assignment.

But scouting was at the end of the food chain, and the lifelong ballplayer who attended Pasadena High and Pasadena City College and UCLA saw additional ways to earn in Las Vegas.

He didn’t know a thing about calling basketball in 1970, told those at UNLV he did and landed a job as the junior varsity team’s announcer. He hadn’t a clue how to announce football, told then-head coach Bill Ireland he did and arrived to the booth as the team played its first game at what was then Las Vegas Stadium in October 1971.

But he will remind you there were several good times, successful seasons under coaches like Ron Meyer and Tony Knap and Harvey Hyde.

Things at Sam Boyd weren’t always this dire and half-empty.

“I have seen this place when it was full and they had to add seats in the end zone, and that made it magical and extra special,” Calvert said. “I know what that looks like. Sure, it’s a bit depressing now when you look across the field and the opposing team might have more fans than you do and they’re more into the game than your own crowd. It has been rough.

“But I’m a blue sky guy. Before every year, I have thought it was going to be a great season. I never give up hope. I have all the optimism in the world. But when I’m calling a game, I’m merely an information center. Watch and let everyone know what’s happening. My job isn’t to be a cheerleader.”

Has seen it all

He remembers the late Mike Thomas and the first sellout in stadium history, the 37-35 win against Boise State in a clash of undefeated Division II sides. He remembers Jon Denton and an 0-10 UNLV team as a near 29-point underdog shocking San Diego State right out of a spot in the WAC championship game and the Holiday Bowl.

He remembers all those Randy Gatewood catches against Idaho and the times Ickey Woods ran wild before he began shuffling. He remembers when the lights went out midway through the fourth quarter against Wisconsin and a record gathering of 42,075 became uneasy just a year following the 9/11 terrorist attacks.

Dick Calvert is UNLV and, really, Las Vegas. Football. Basketball. Baseball. Soccer. Volleyball. Golf. Tennis. Swimming and diving. You have heard and continue to hear his voice at countless games across Southern Nevada annually, whether it be for the Rebels or every Las Vegas Bowl or Coaches vs. Cancer or, well, fill-in-the-major-event here.

And on Saturday, one chapter in such a distinguished career ends before another begins in 2020.

“UNLV football didn’t have a home stadium before this,” Calvert said. “They played at Cashman Field or Butcher Field at Las Vegas High. So here it is. You’re looking at it. I remember when there was no tower and we called games from a little wooden shack where, when you stood up, you whacked your head on a beam in the middle of the room.

“Life moves on. The game moves on. I think Allegiant Stadium and the new (on-campus) Fertitta Football Complex will both be great for recruiting. I’m not sure I will be sad (Saturday). Maybe a little emotional. I’m not much of an office guy. This is my office. And I’m just as excited going to work now as I was that first game.” 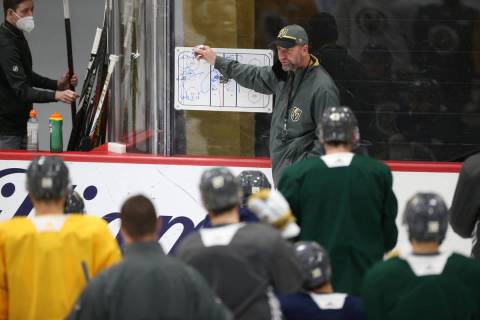