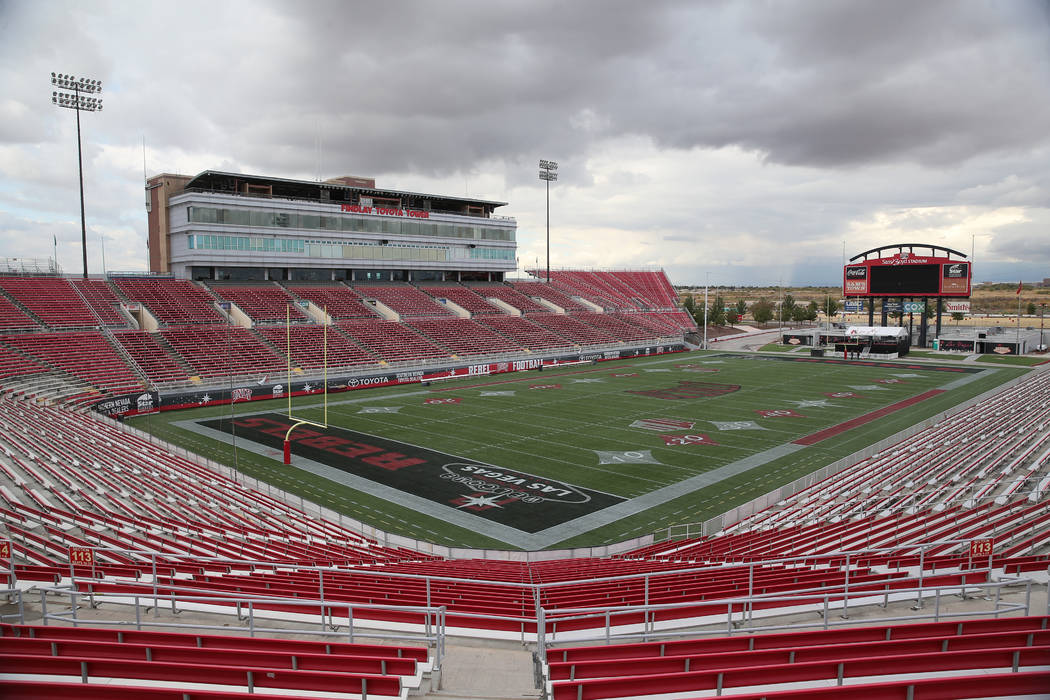 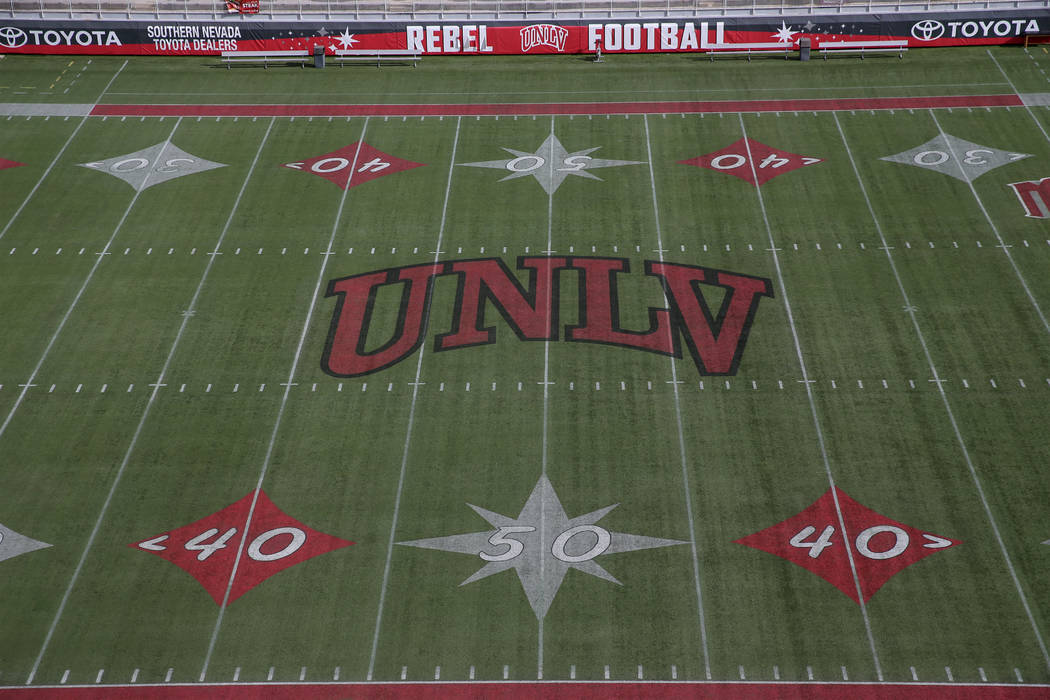 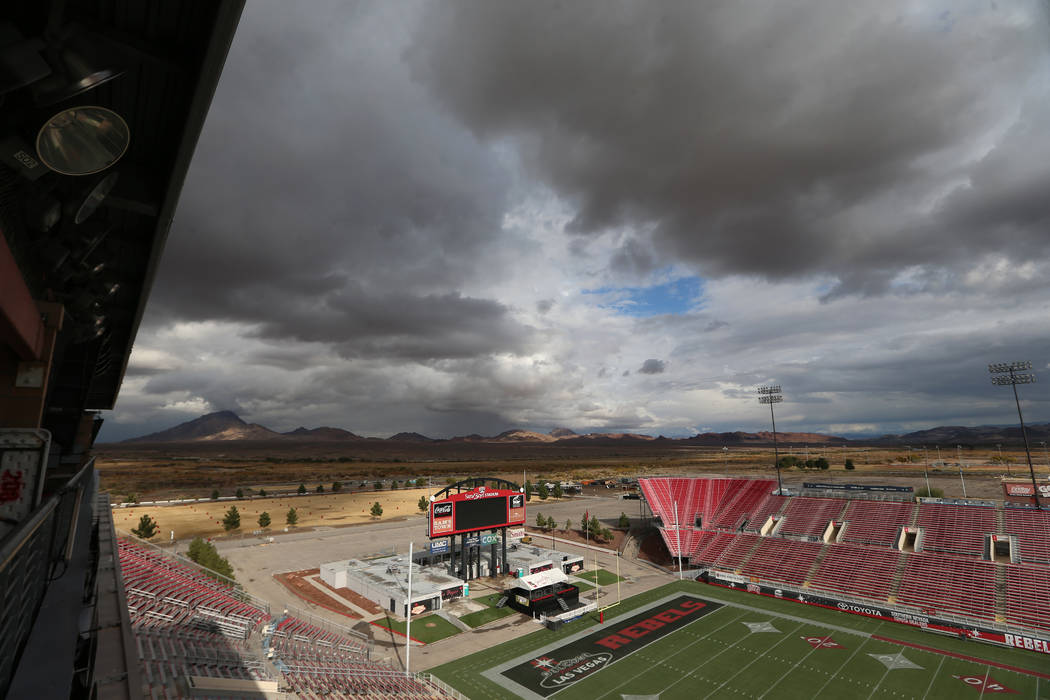 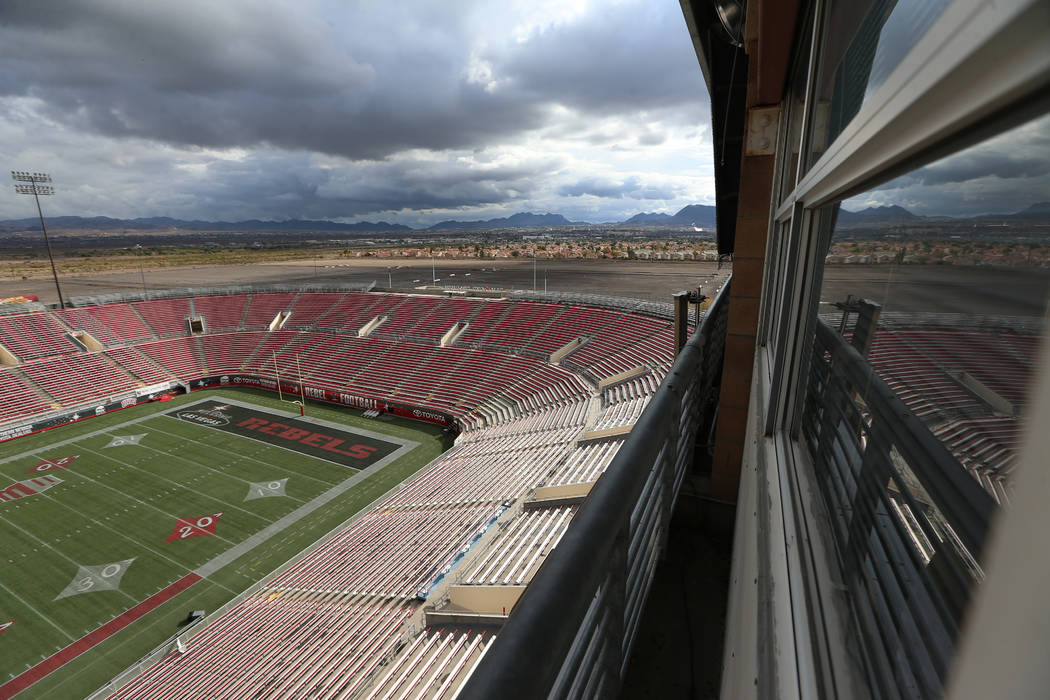 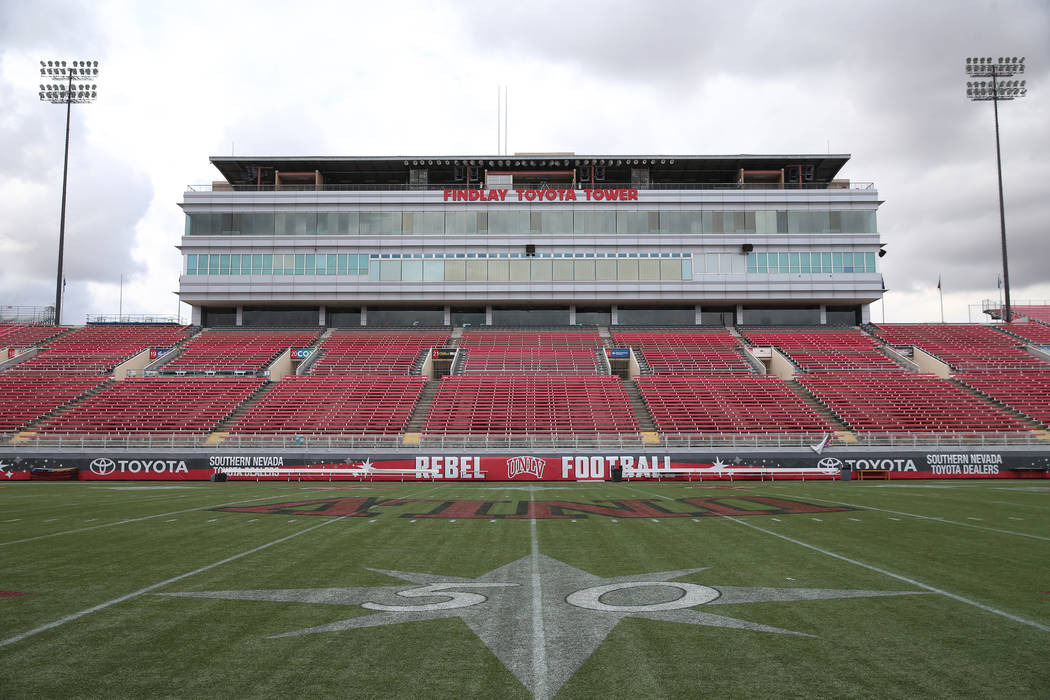 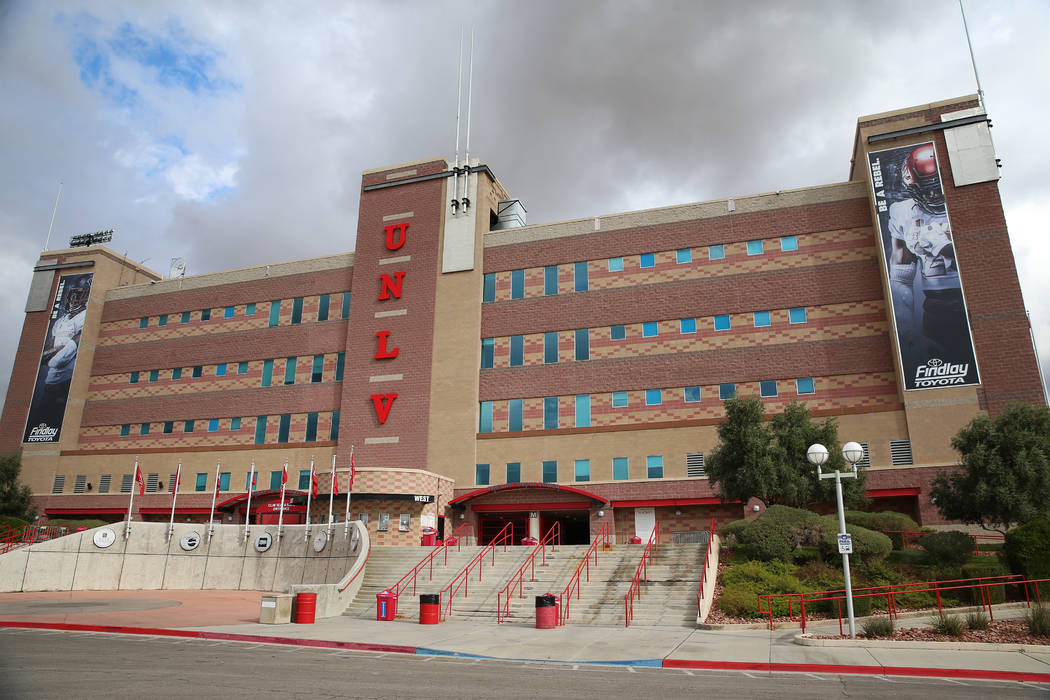 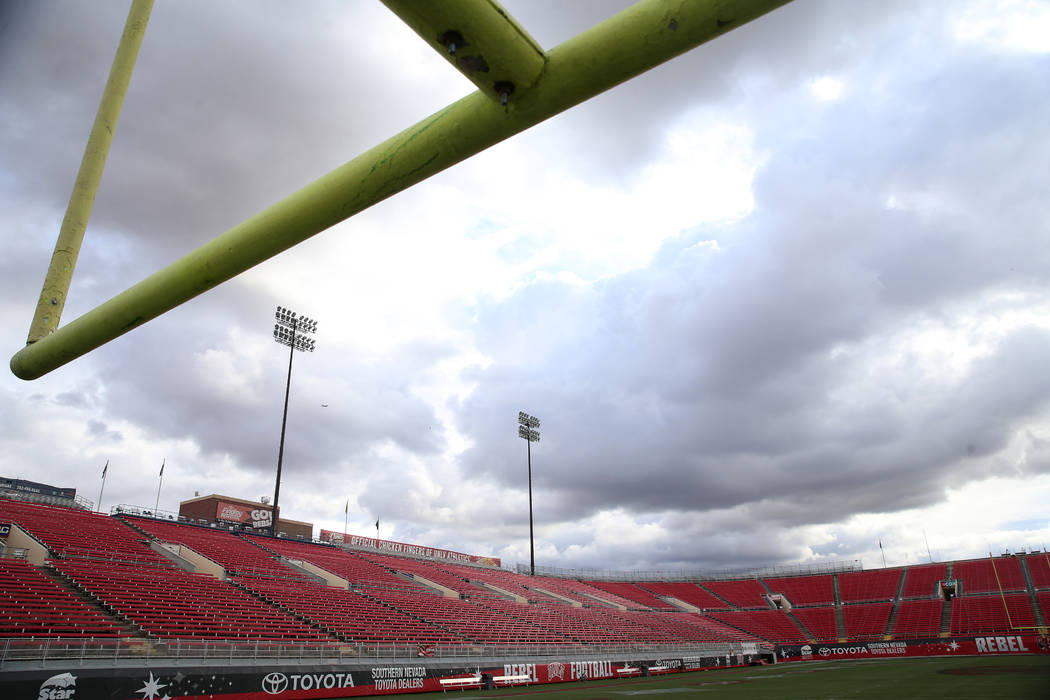 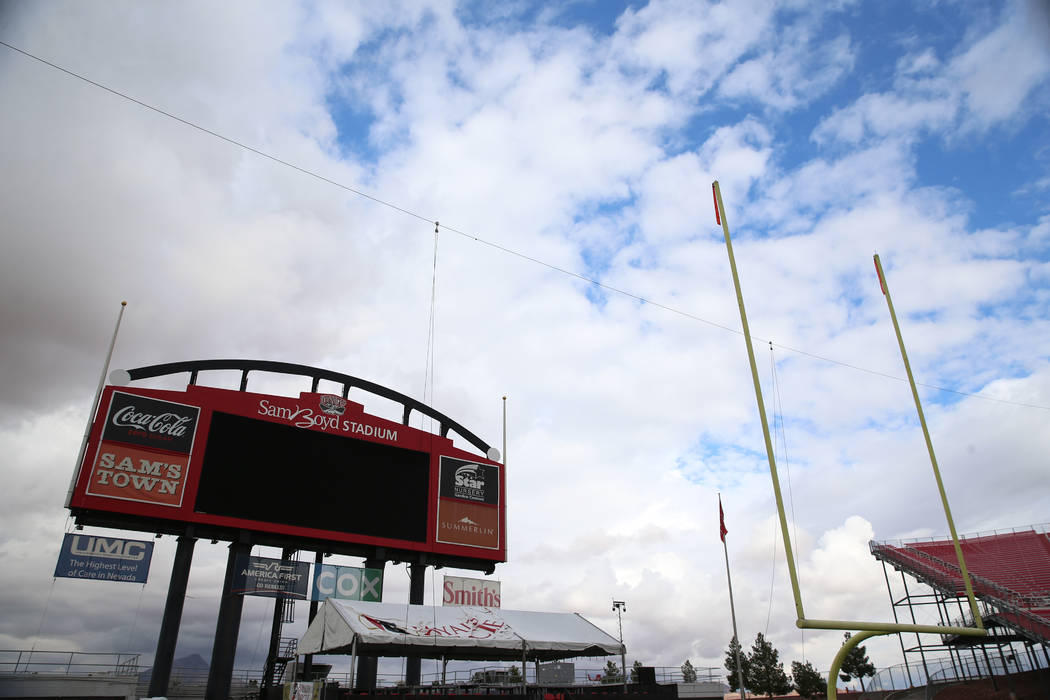 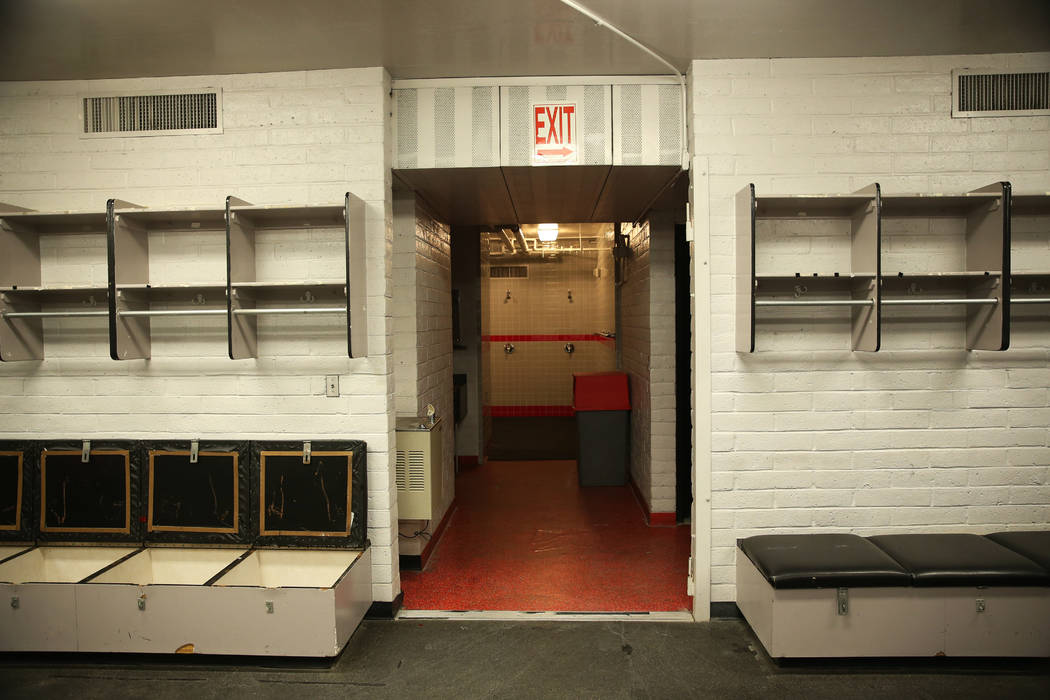 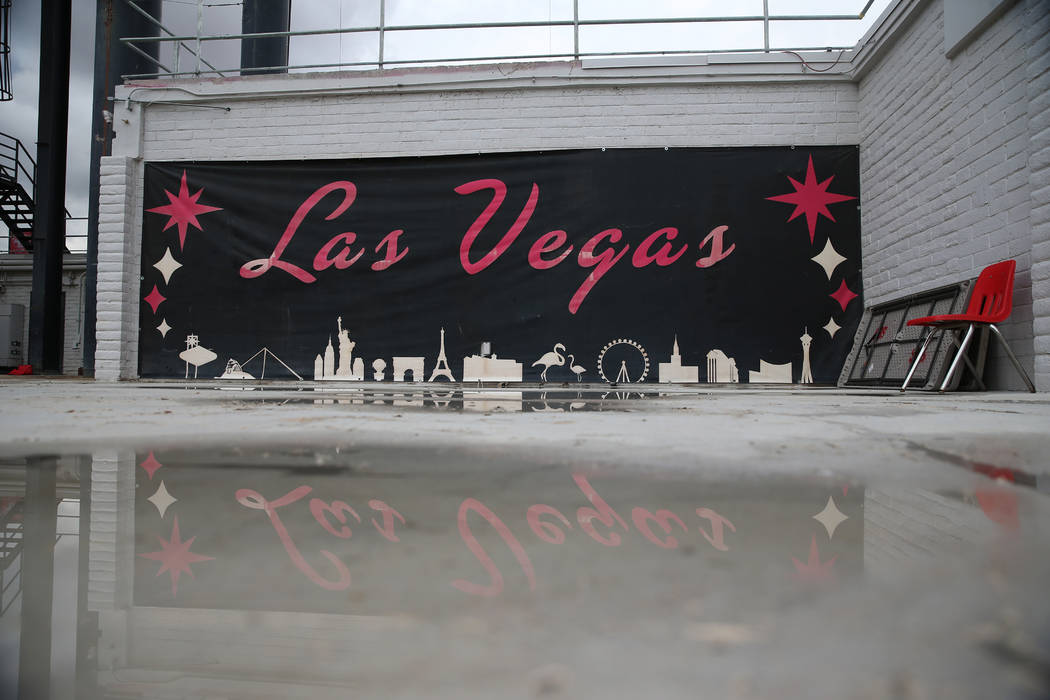 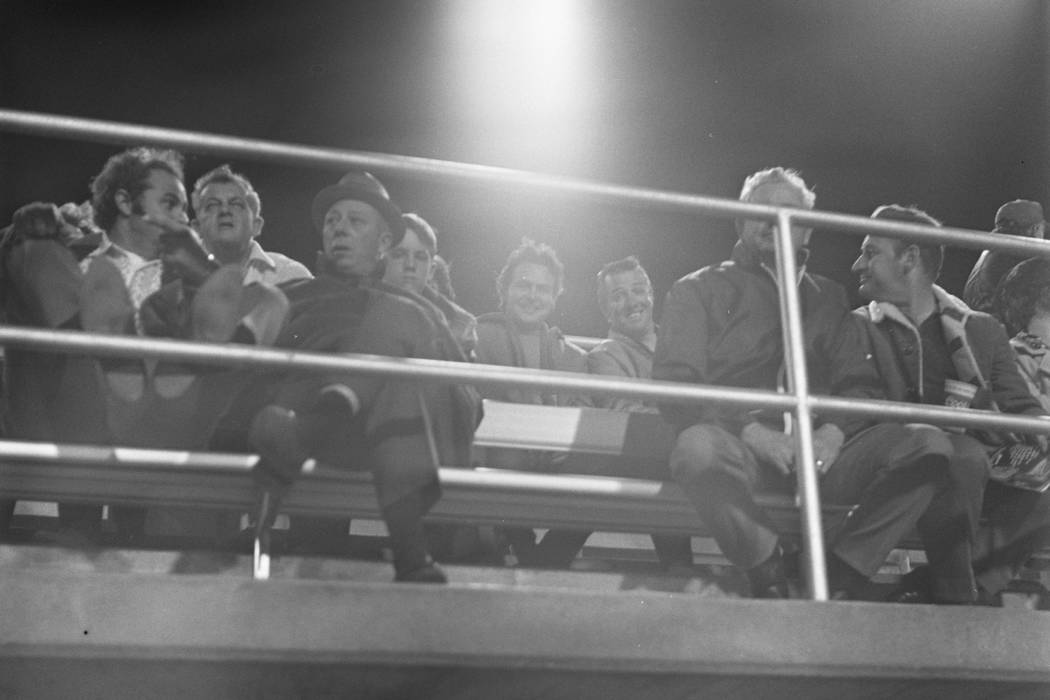 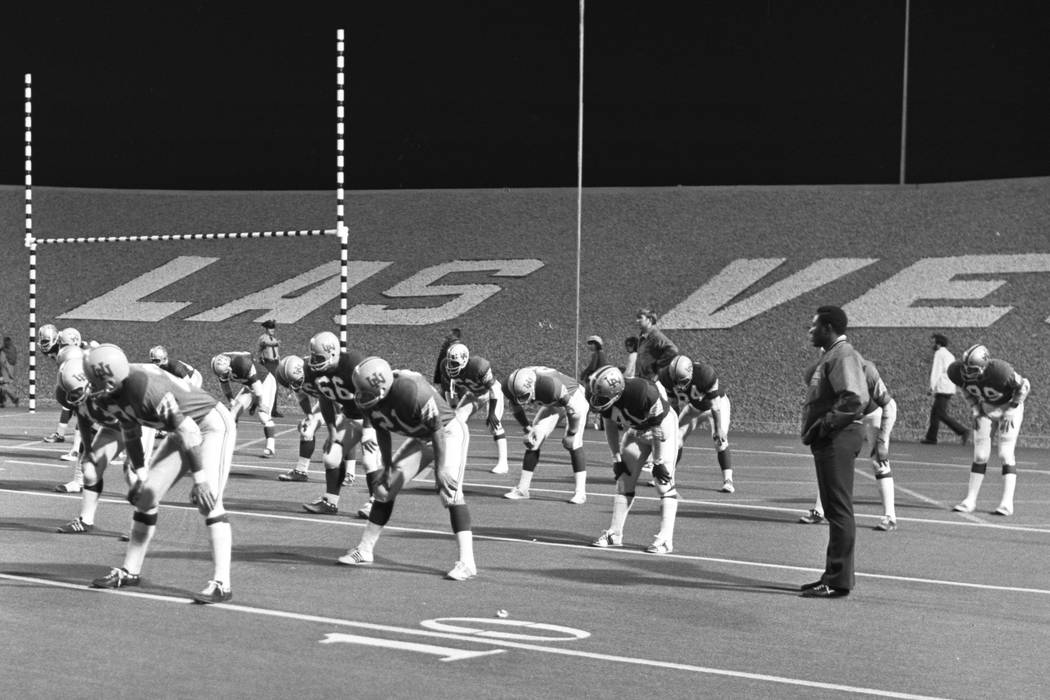 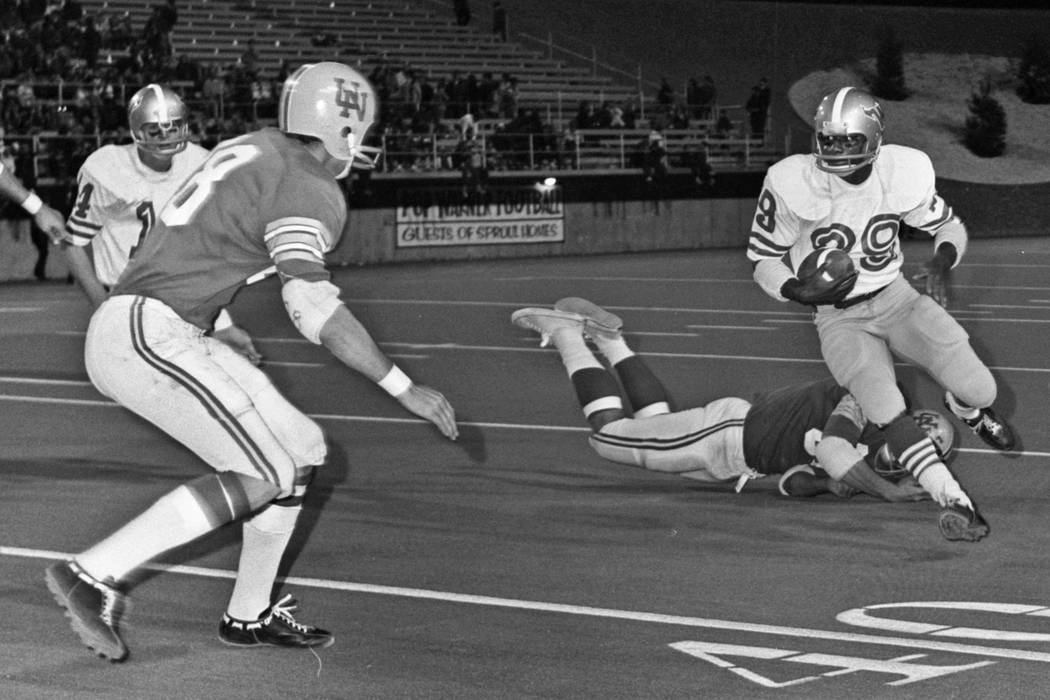 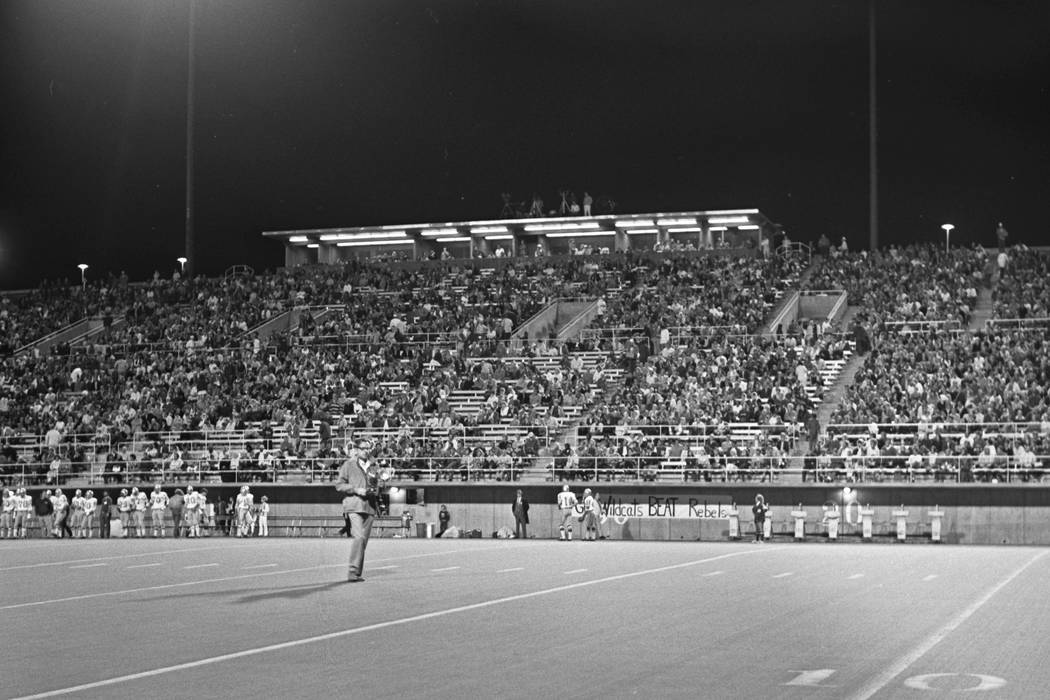 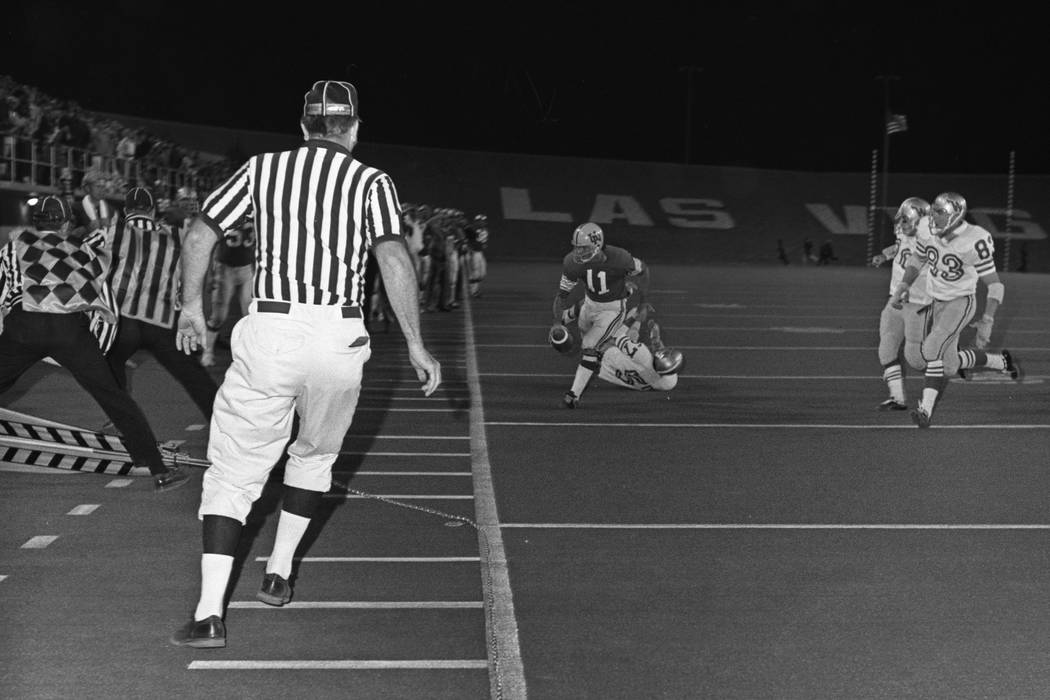 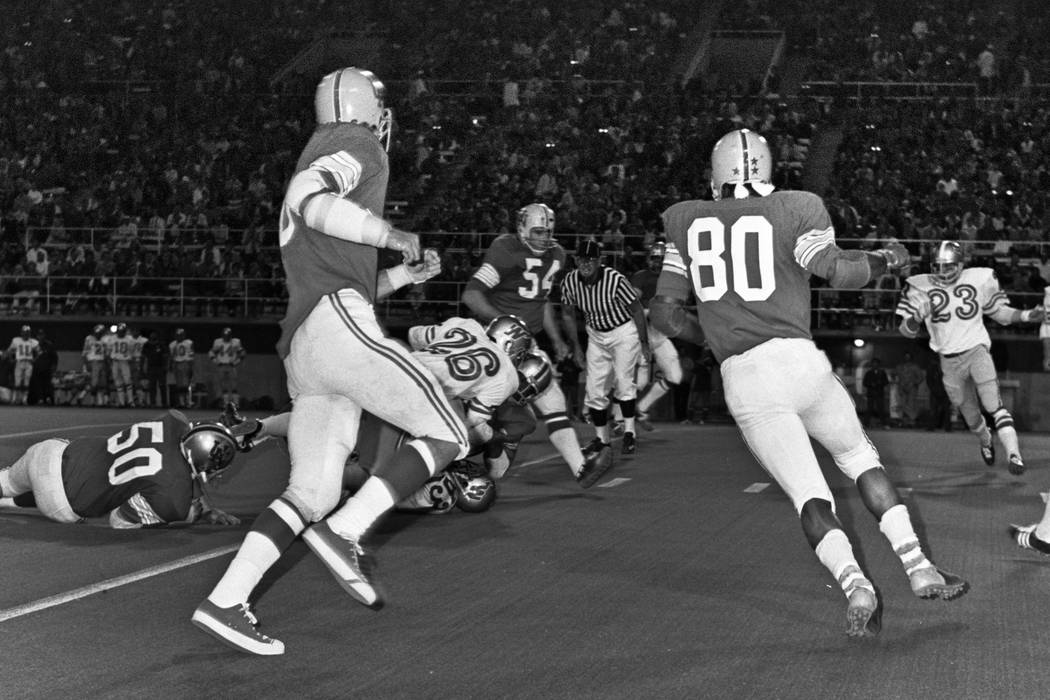 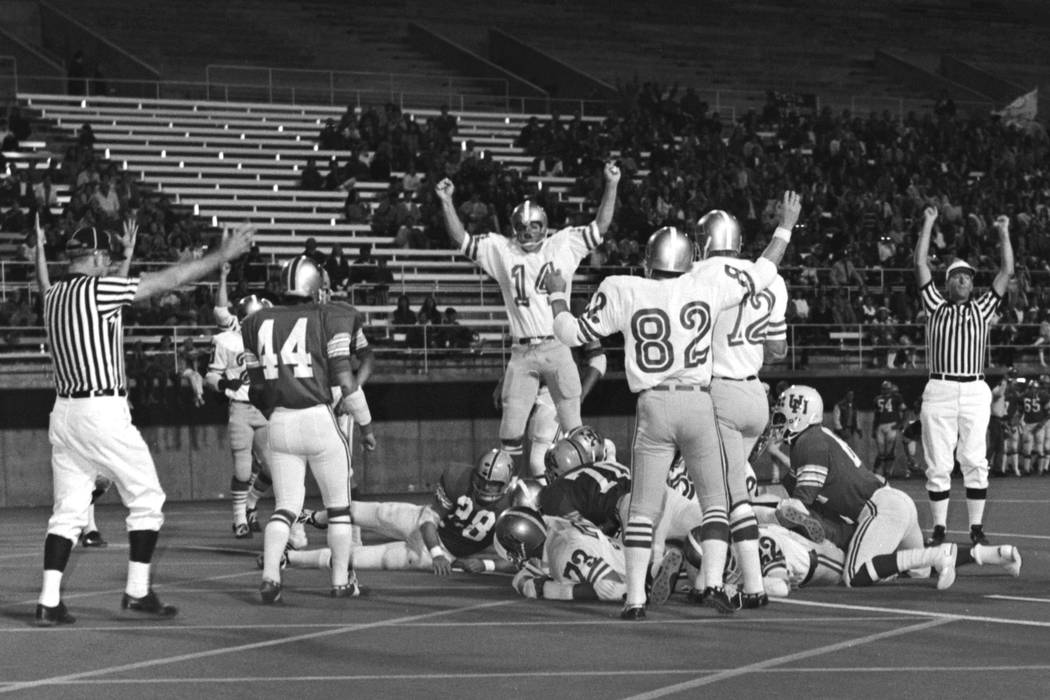 More than 200 former UNLV football players will be on the field to take part in an emotional Sam Boyd Stadium send-off Saturday.

Old teammates will hug and swap stories, feats of yesteryear likely embellished at least a little.

Those players will be honored before UNLV’s 1 p.m. game against San Jose State (4-6, 1-5 Mountain West).

It will be the 299th and final game for the Rebels (2-8, 0-6) at the place they have called home for 49 years. They move across the valley next year into much fancier digs near the Strip at Allegiant Stadium, and the history of Sam Boyd, where UNLV has so far gone 156-139-3, will have been told.

“I remember my freshman year, I was so nervous coming into that stadium,” junior running back Charles Williams said. “I was thinking, ‘Wow, I’m really playing college football.’ It’s been so long since I’ve been here, and it’s really sad we’re not going to be playing there anymore.

“We really wanted to be (in the) Mountain West championship and be in the Las Vegas Bowl, and it hurts that we won’t be able to do that. But we get one more chance to show y’all something and give our hearts out for the team, the fans and all the support we got from everybody.”

Though UNLV is vacating the stadium after this weekend, other events are scheduled to take place in the coming months. The last one is the AMA Monster Energy SuperCross on April 25, and UNLV’s contract with Allegiant Stadium prohibits any events from taking place at Sam Boyd after June 30.

There are several options as to what to could happen to Sam Boyd, whether it will remain standing like the long-shuttered Houston Astrodome or will follow in the Las Vegas tradition of knocking down buildings past their prime.

“We are evaluating the property and its place in the university’s long-term plans,” UNLV acting president Marta Meana said. “The analysis is ongoing, and no decision has been made at this time.”

The university has three likely options:

— Sell the nearly 70 acres that includes the stadium and surrounding area. Clark County also owns 92 neighboring acres, so one possibility is the county or a private business creates some sort of entertainment or sports district or uses the area for some other venture.

— Execute a land exchange. Under such a scenario, UNLV could swap some land parcels and sell others, giving the university flexibility.

— Keep the property and decide the best way to use it. UNLV also owns 42 acres of land near McCarran International Airport and 2,000 acres in North Las Vegas. It could create satellite campuses or research laboratories. And the stadium itself could be kept just in case the Rebels struggle at Allegiant Stadium, but that seems like the least probable scenario.

“Sam Boyd Stadium has been a wonderful home for our football program, and we are looking forward to the future in Allegiant Stadium,” athletic director Desiree Reed-Francois said. “We are grateful for the long-standing support from the Boyd family. The decision on what happens next with Sam Boyd Stadium is an ongoing, collaborative process that involves the entire campus.”