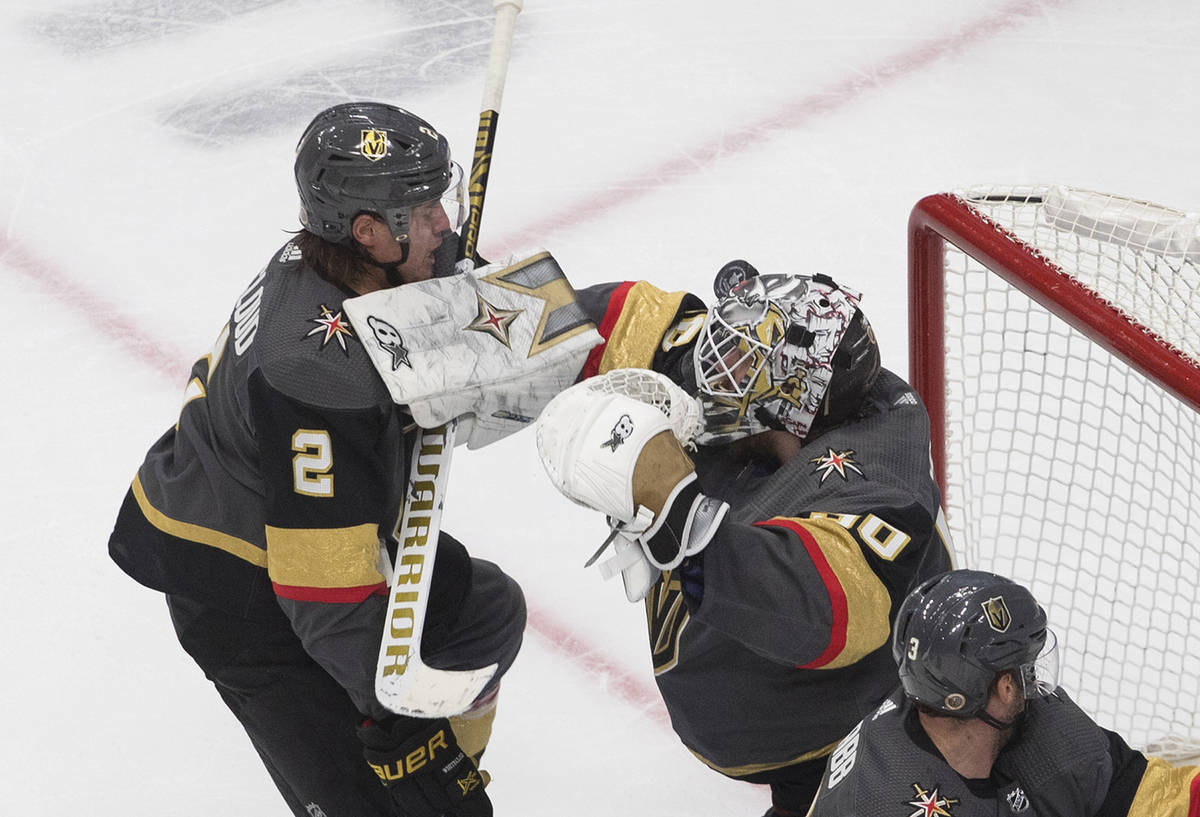 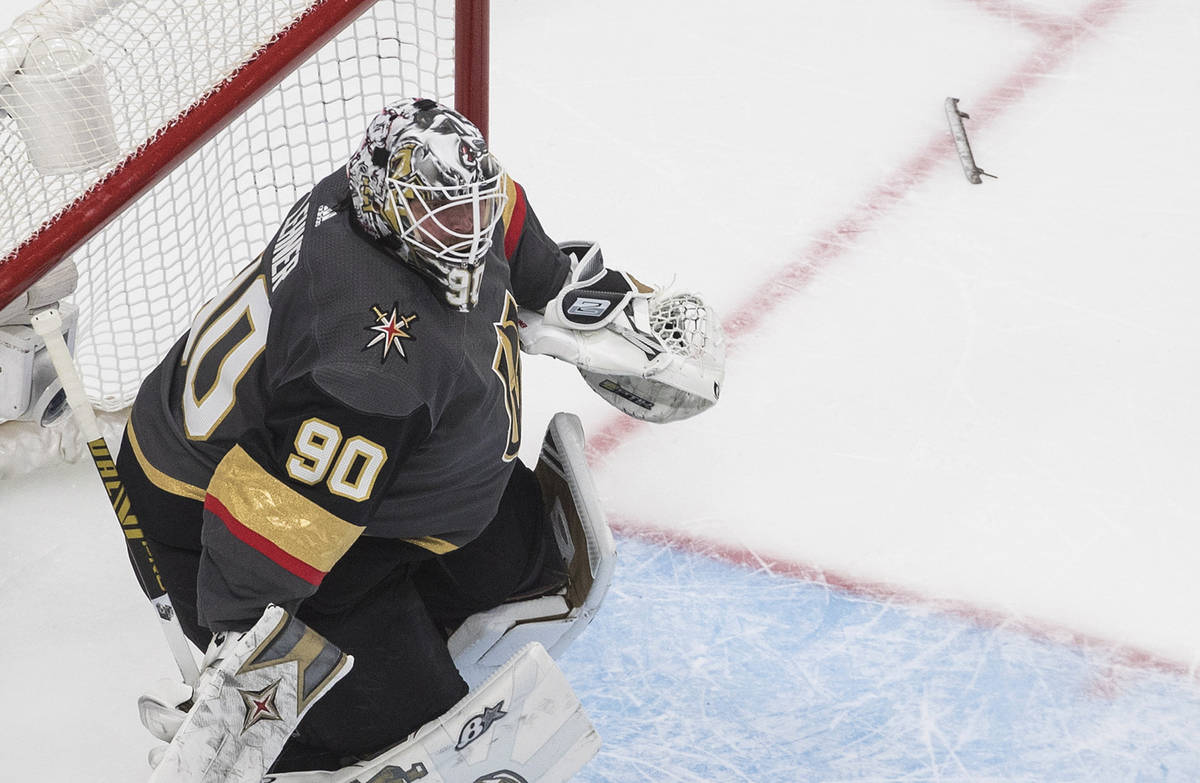 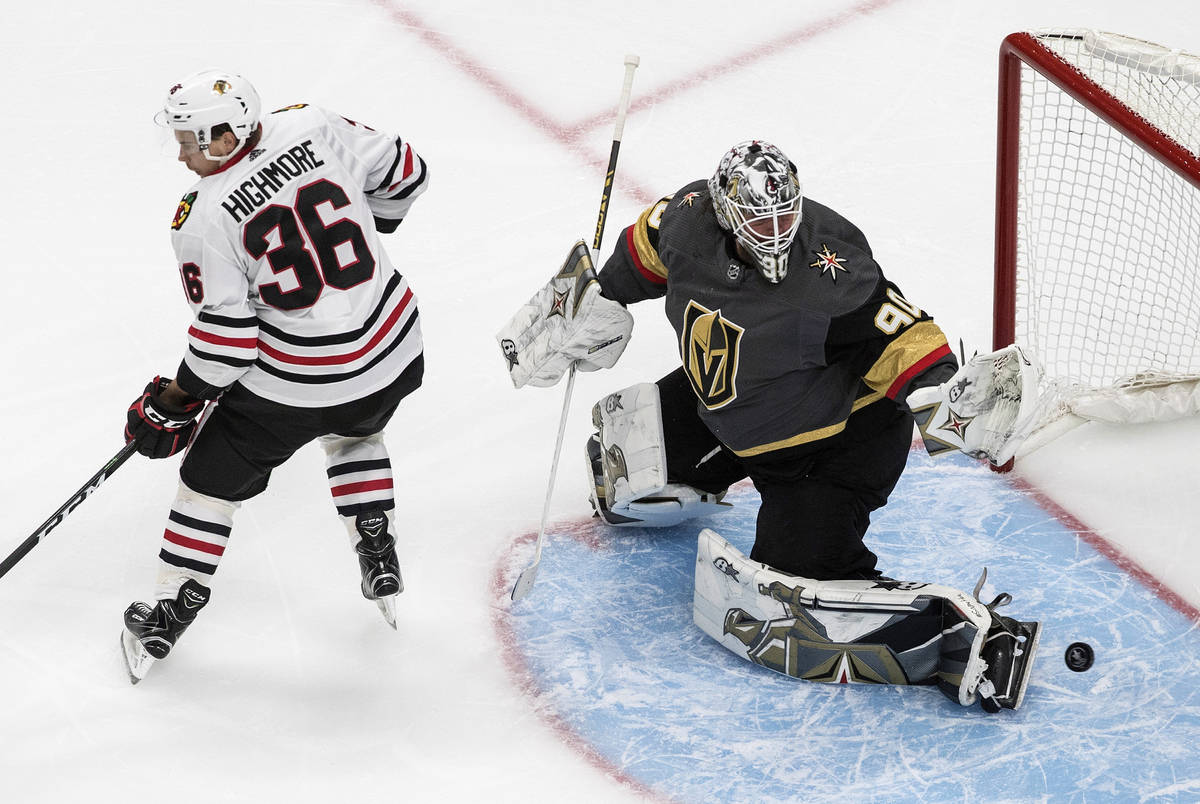 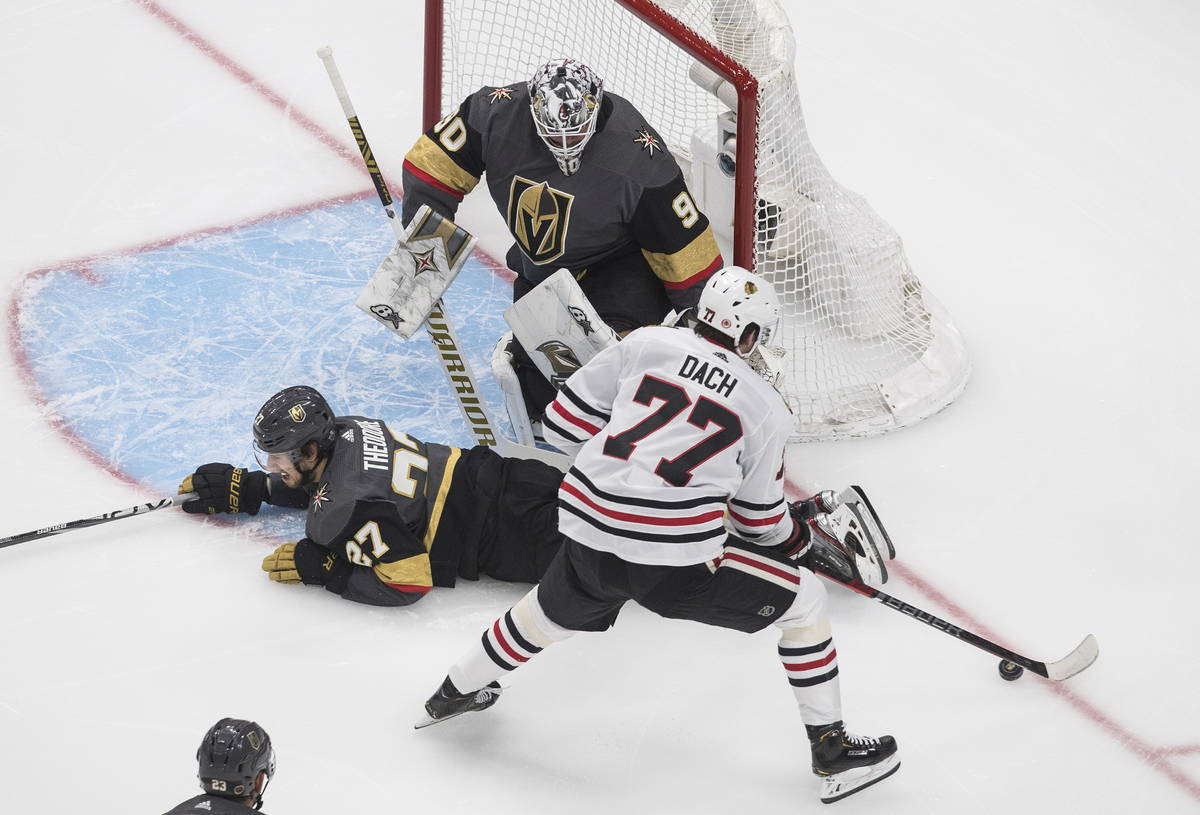 Do you know what defines a successful start to a best-of-seven NHL playoff series?

When one of the biggest worries is how many times your goalie might lose a blade.

The Golden Knights did nothing Tuesday night to lessen what are significant odds they will advance from a Western Conference quarterfinal matchup with the Chicago Blackhawks. Vegas won 4-1 at Rogers Place, the Edmonton hub that the Golden Knights have treated like T-Mobile Arena II since their COVID-19 mandated arrival.

Vegas is now 9-1 all time against Chicago. This is like a Netflix mismatch of “Ozark” over “Umbrella Academy.”

I thought a six-hour, five-overtime game between Tampa Bay and Columbus preceding Vegas-Chicago was thrilling. But come on. Your traveling party to Canada includes more than 50 people and skates are still faulty? How wonderful.

Maybe that’s it. Maybe someone thought Robin Lehner needed more on which to focus.

Pete DeBoer made the correct choice in starting Lehner in goal against his former team, and it worked as well as the Vegas coach could hope. Lehner lost a blade twice in the second period but was otherwise untroubled by the Blackhawks.

DeBoer said before the series he expects Lehner and Marc-Andre Fleury to see time in these playoffs. I’m not certain it will matter who’s in net this first series.

There was a point in the first period when the telecast showed a commercial for a local sandwich store. You could have driven across town, ordered a large turkey and Swiss and been home before the Blackhawks had another shot on goal.

Lehner faced just 20 attempts, and the only one that eluded him came on a short-handed goal when Shea Theodore couldn’t clear.

I’m not sure much changes. Vegas is just better, and given how it has dominated the third period since arriving in Edmonton — having allowed one goal in the final 20 mines of four games — believing a team inferior in depth such as Chicago can make it a deep series seems unlikely.

But it’s hockey. So things usually change in some manner.

For a start, however, this was everything the odds suggested.

Imagine how good the Knights will be when Lehner keeps his blades an entire game.