Derek Carr on Bisaccia as Raiders next coach 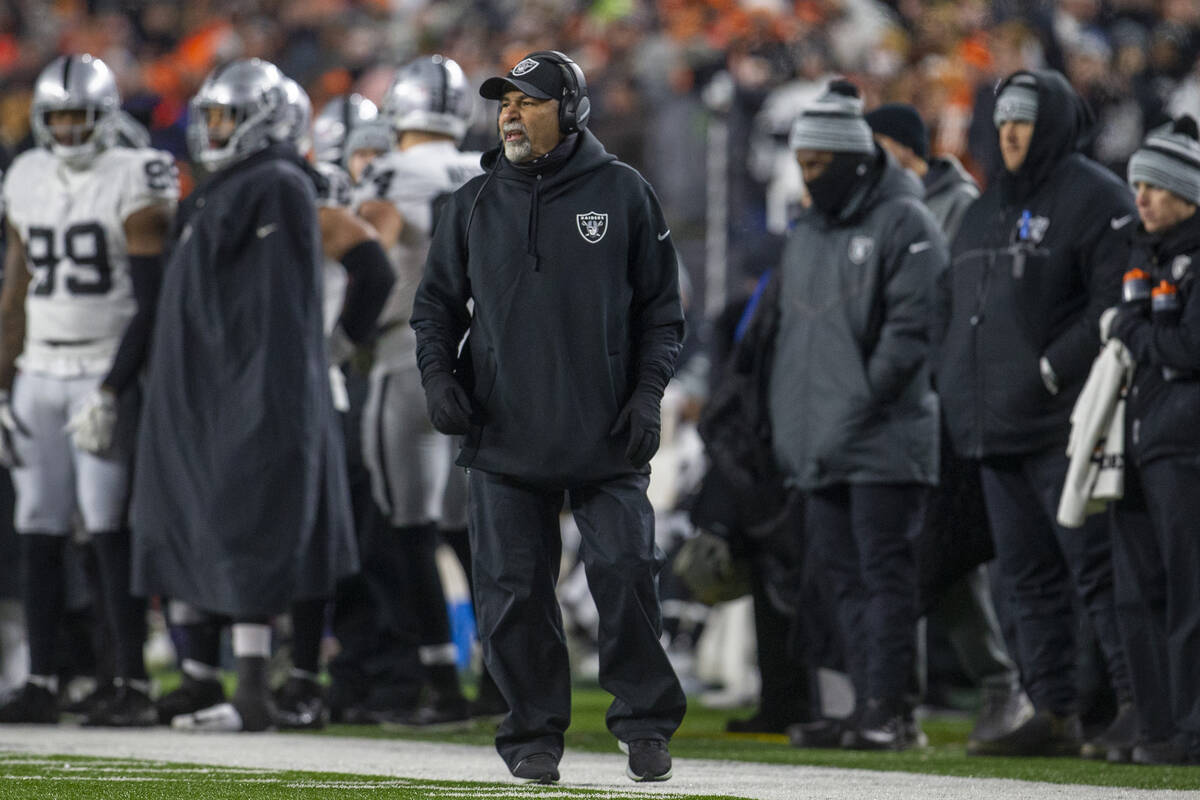 Raiders interim head coach Rich Bisaccia coaches from the sideline during the second half of an NFL playoff game against the Cincinnati Bengals at Paul Brown Stadium on Saturday, Jan. 15, 2022, in Cincinnati. (Heidi Fang/Las Vegas Review-Journal) @HeidiFang 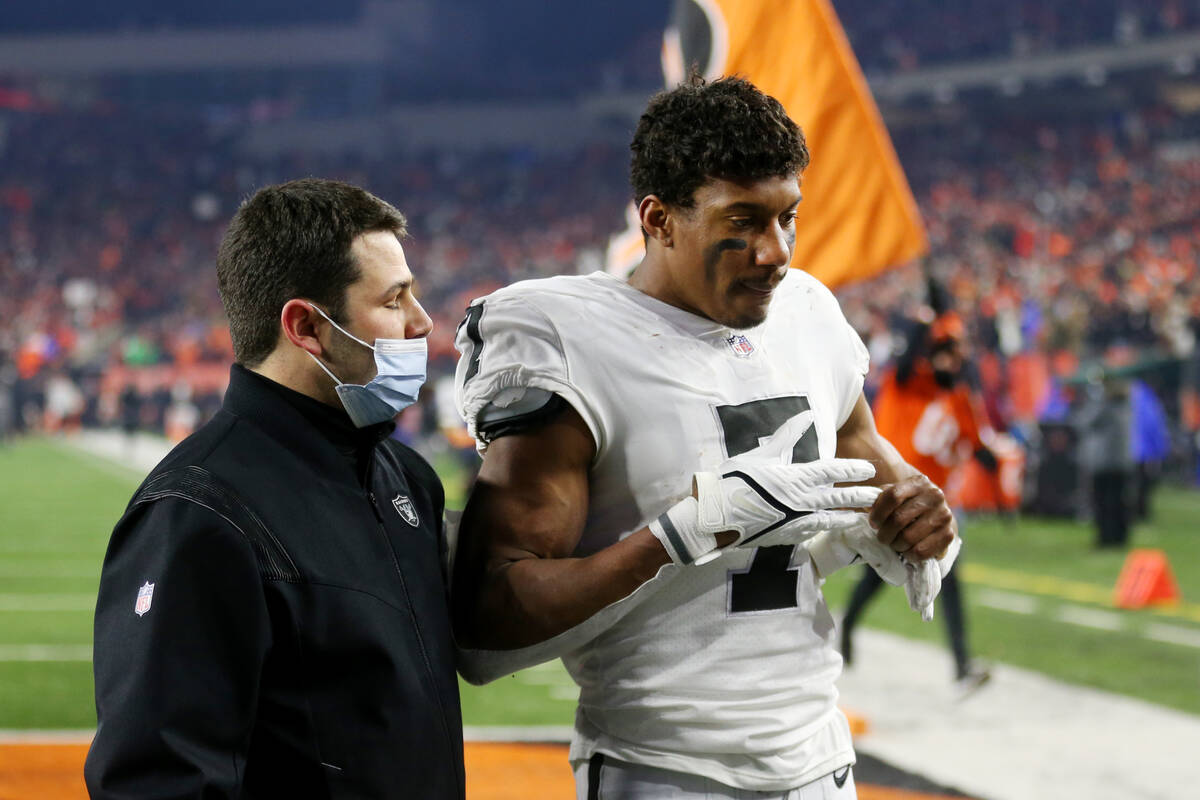 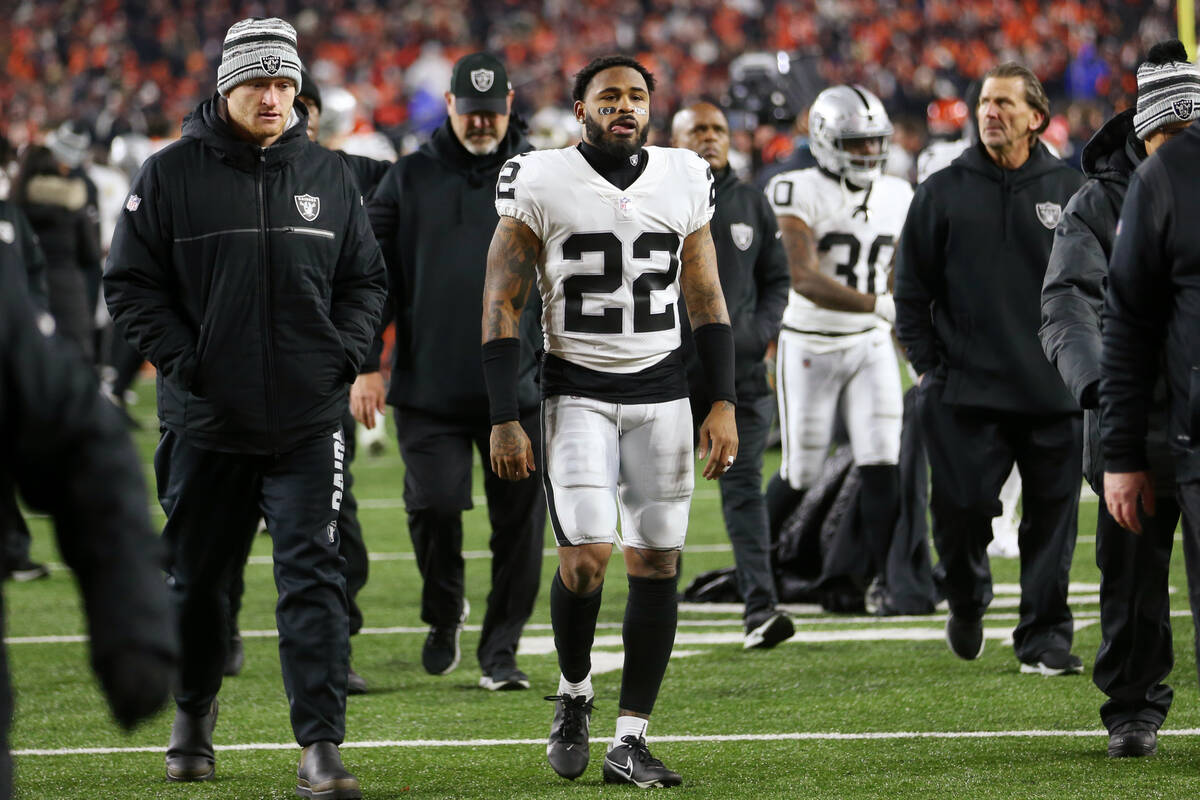 Raiders defensive back Keisean Nixon (22) walks off the field after his team’s loss against the Cincinnati Bengals in an NFL playoff game at Paul Brown Stadium in Cincinnati, Ohio, Saturday, Jan. 15, 2022. (Erik Verduzco / Las Vegas Review-Journal) 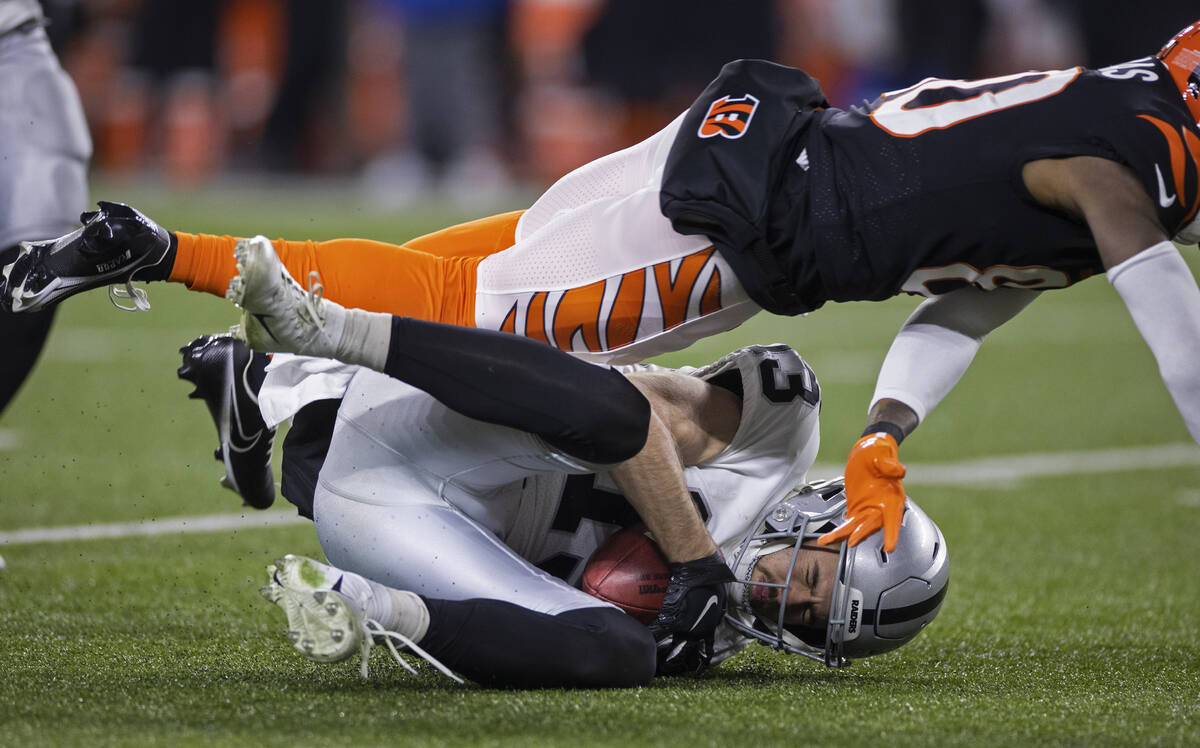 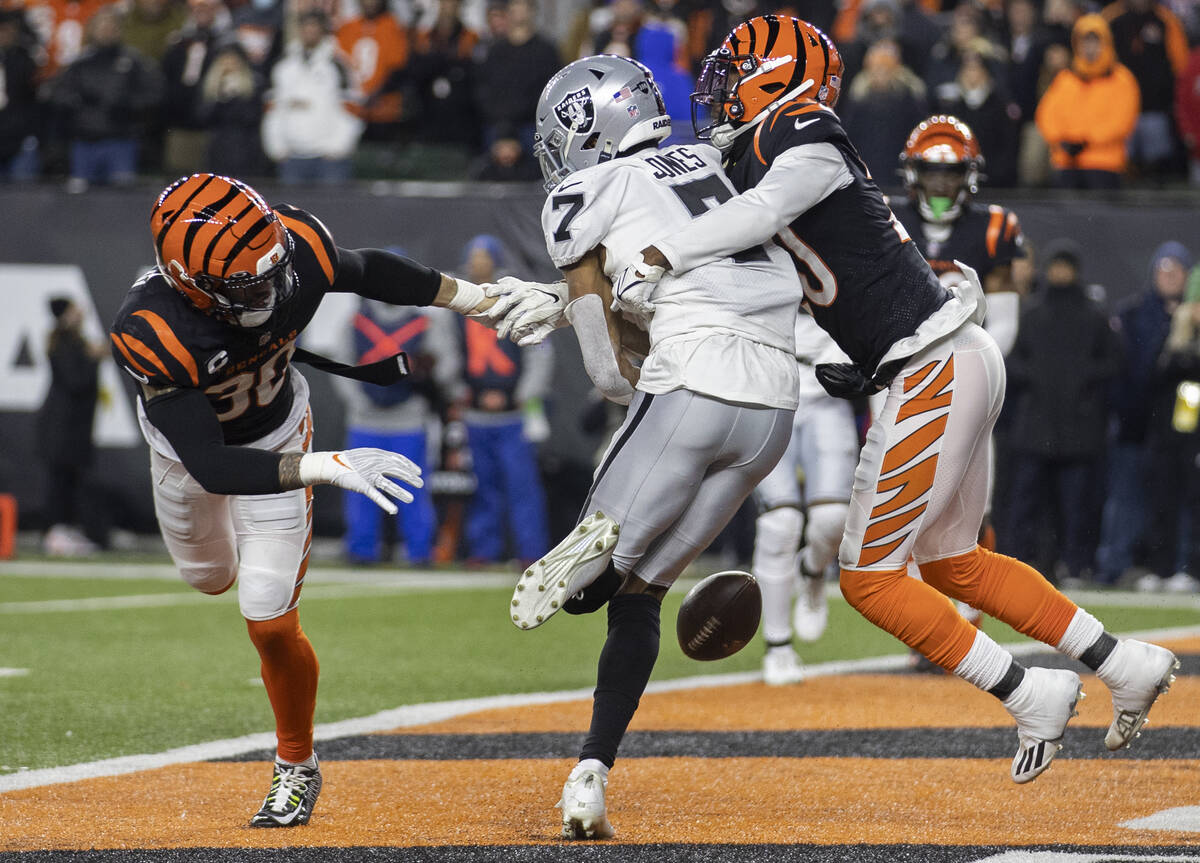 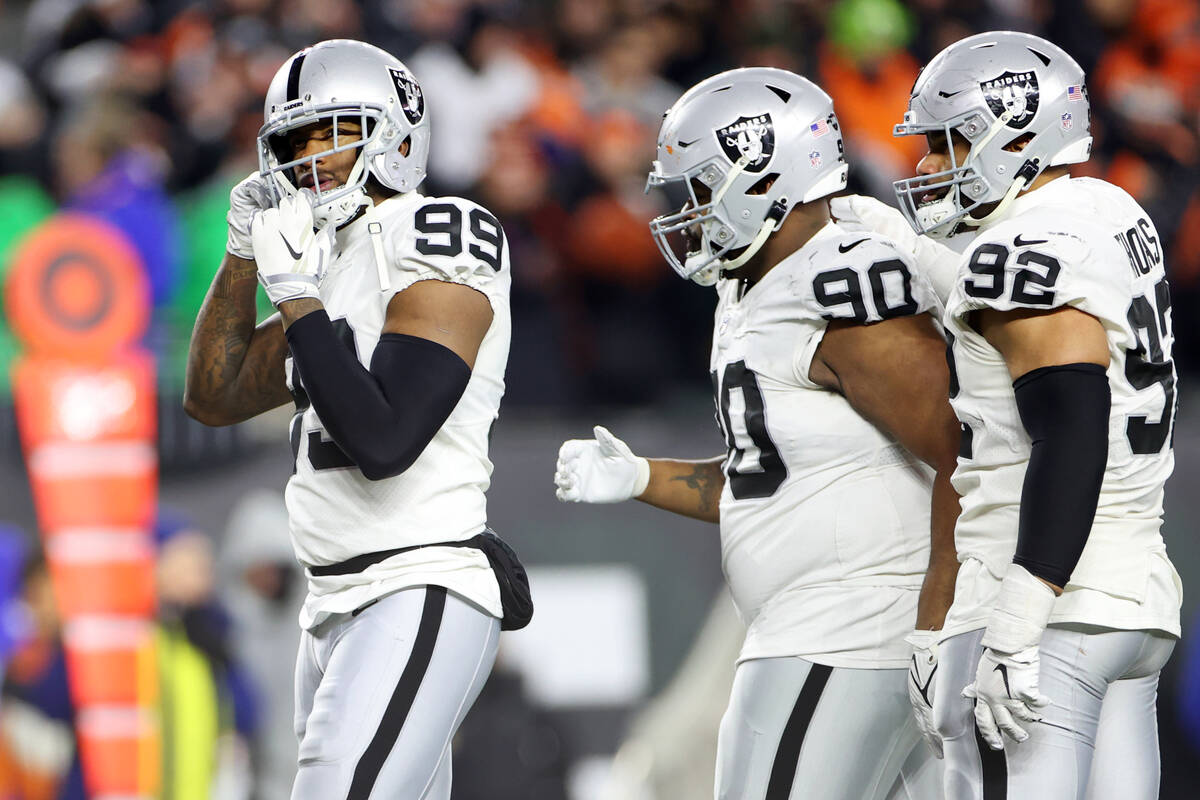 Raiders defensive end Clelin Ferrell (99) walks off the field with defensive tackle Johnathan Hankins (90) and defensive end Solomon Thomas (92) after their last play of the game in the second half on an NFL playoff game at Paul Brown Stadium in Cincinnati, Ohio, Saturday, Jan. 15, 2022. (Erik Verduzco / Las Vegas Review-Journal) 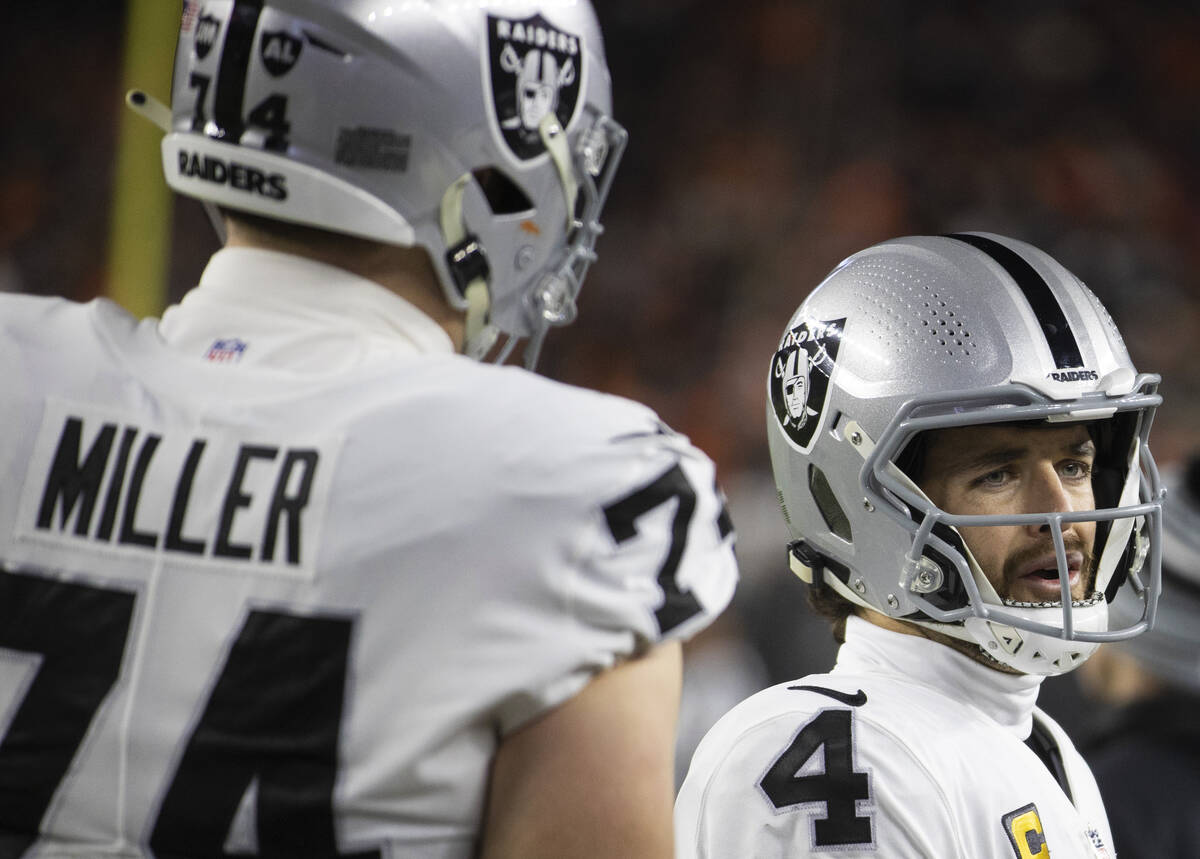 Raiders quarterback Derek Carr (4) shows his frustration on the sideline in the second half during an NFL playoff football game against the Cincinnati Bengals on Saturday, Jan. 15, 2022, at Paul Brown Stadium, in Cincinnati, Ohio. (Benjamin Hager/Las Vegas Review-Journal) @benjaminhphoto 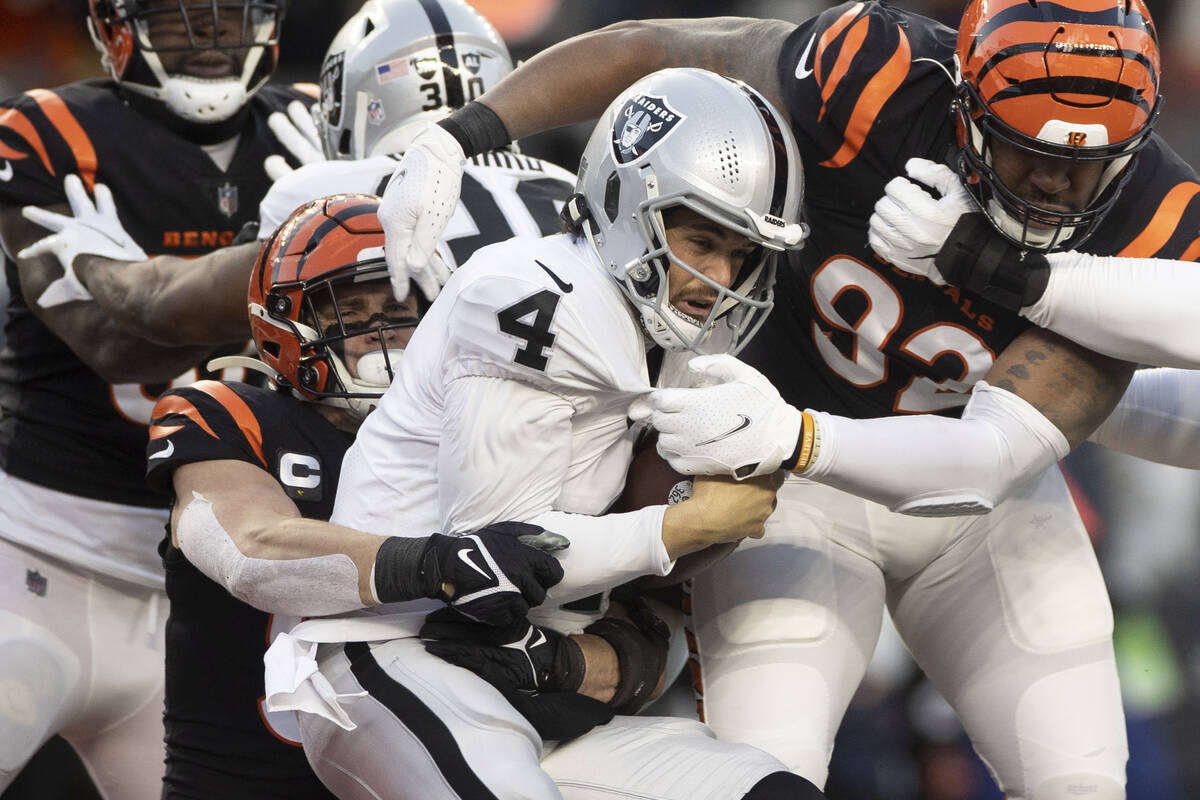 There would be no seventh walk-off win. No automatic field goal from Daniel Carlson. No intense drama ending in crazed joy.

The Raiders had a short-lived existence in these AFC playoffs because they earned as much. The correct team moved on.

Cincinnati won this wild-card affair 26-19 before 66,277 at Paul Brown Stadium on Saturday because the Bengals were the better and more efficient side.

It did and with it a roller-coaster season nobody could have predicted. Not the resignation of Jon Gruden as coach or the crash involving wide receiver Henry Ruggs or the video belonging to cornerback Damon Arnette.

Not the four-game win streak to end the regular season and a return to the playoffs for just the second time since 2002. None of it.

In the moment, you can’t win on the road this time of year and be 1 of 5 in the red zone and 1 of 6 when advancing the ball inside the 30. You can’t win if your offensive line has such a miserable afternoon.

That the Raiders had a chance to tie Cincinnati late and force what would have been a fifth overtime game this season — admit it, you thought it was going to happen — is yet another example of their resilience shown down the stretch.

But things now shift to a much bigger picture, primarily focused on how owner Mark Davis decides to move forward and with whom.

We begin at coach, where Rich Bisaccia inherited a mess of a situation and offered a more-than-admirable job in guiding the Raiders back to the playoffs as a 10-win team.

As much as every player in the locker room would openly support Bisaccia being named in a full-time capacity, odds likely still favor Davis moving outside the organization. Some mighty big names already have been linked to the opening. Might be difficult for Davis to pass on all of them.

Count the team’s quarterback as one who would prefer he did.

“(Bisaccia) has proven himself,” Derek Carr said. “Our team listens to him. He’s the right guy. I don’t get to make those decisions. I play quarterback. With everything that went on this year, (Bisaccia) held it together. He kept us together and competitive and found ways to win games.

“Isn’t that what this organization is about?”

Does the general manager remain Mike Mayock? Where does all of this leave Carr and that one year remaining on his contract? How do the Raiders take another positive step next season?

The typical answer in such times is not to tinker much with the product. Making the playoffs can give teams what is often a false sense of security regarding how good they really are. That would be a mistake. This isn’t close to being a Super Bowl-contending roster.

There are obvious areas of weakness — offensive line, yet again lacking a No. 1 receiver, cornerback depth — that need to be addressed. It’s not to suggest blowing up the entire thing and starting over is a reasonable answer. But neither is standing pat.

This is a good team for the most part, not near a great one. It can make the tournament right now. It just can’t win it. Not this particular side.

“I think the guys in that locker room to some degree changed the culture,” Bisaccia said. “They put the culture on a winning track — a winning mentality. They were responsible for it. They competed to the end.

Now comes the intriguing part, about which pieces will stay or go, about how Davis envisions moving such a culture forward.

Which shouldn’t in any way take from what the Raiders accomplished in the most bizarre set of circumstances. They succeeded.