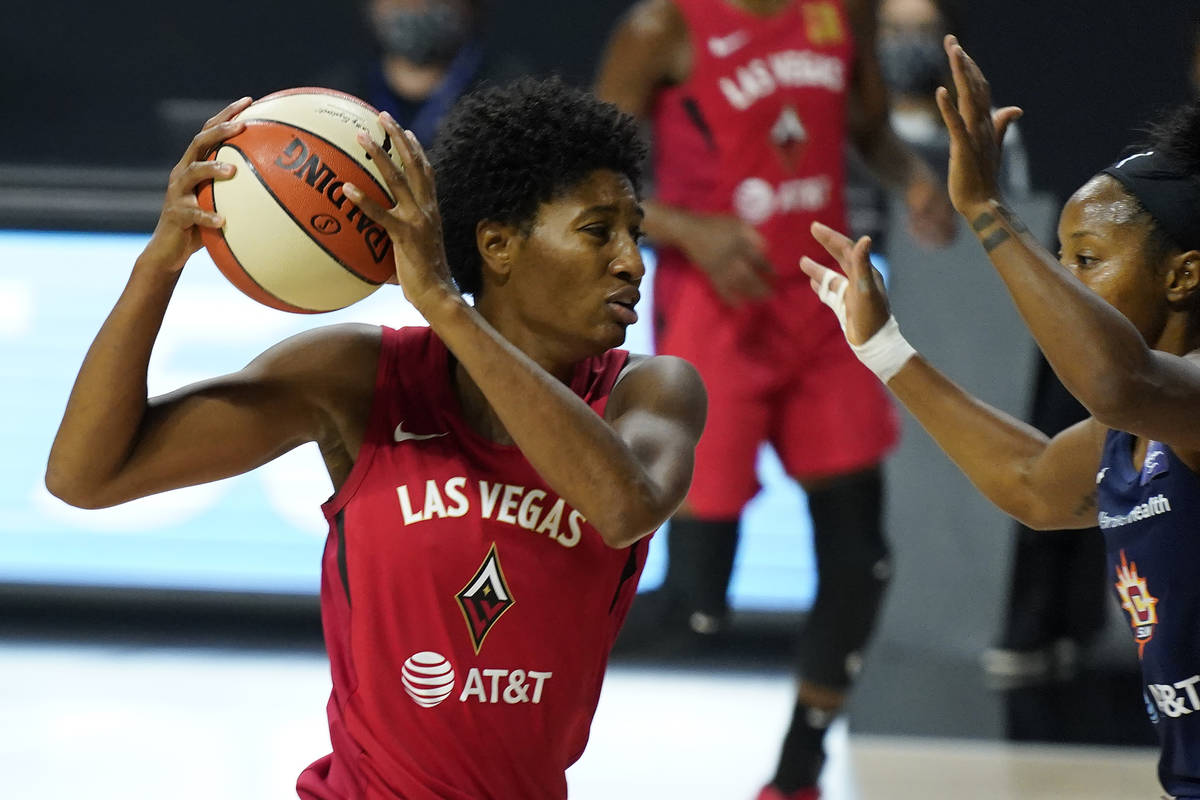 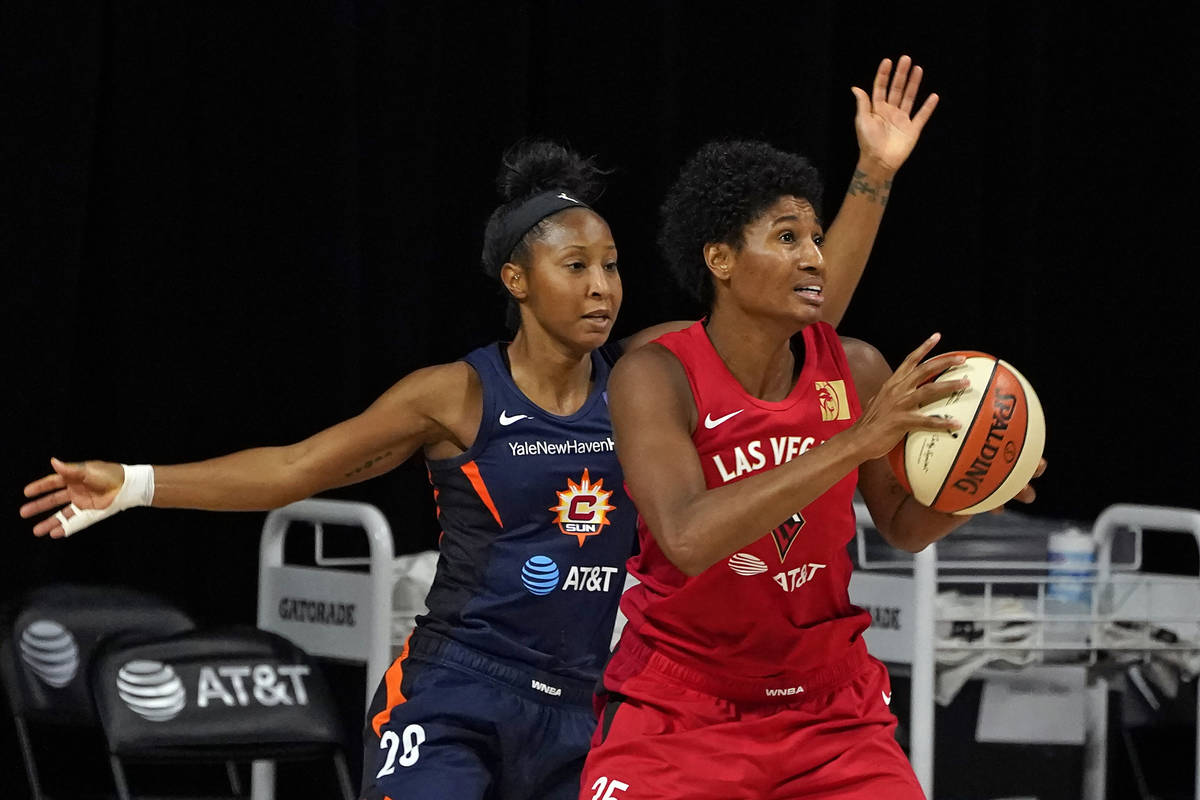 The last time the Aces faced elimination in the WNBA playoffs, Angel McCoughtry sought an assist (of sorts) from fellow women’s basketball superstar Sue Bird of the Seattle Storm.

The Aces were trailing Connecticut at halftime Sept. 27 when McCoughtry bumped into Bird. The two clasped hands.

The symbolic transfer of power preceded McCoughtry scoring 16 of her game-high 29 points in the third quarter as the Aces forced Game 5 in the semifinal series. Las Vegas also won that one in advancing to the finals against Seattle and prolonging their stay in the WNBA bubble in Bradenton, Florida.

But sometimes it’s about more than assists, be they psychological or the kind Bird accumulated Sunday when she finished with 10 of the Storm’s finals-record 33 assists in a 104-91 victory that pushed the Aces to the brink of elimination.

On the official team news release following Game 2, Las Vegas being sent to the free-throw line only five times was listed No. 2 under key stats.

No. 1 under the bold heading: It had been 205 days since Breonna Taylor had been murdered.

The emergency room technician was fatally shot March 13 by police officers in Louisville, Kentucky, who forced entry into her apartment during a drug investigation of her boyfriend.

Some people believe politics and sports should not mix.

Most in the WNBA put them into a blender and turn on the switch.

That was the day it stopped being so much about basketball for McCoughtry, who had been a star in Louisville for the Cardinals women’s team. Taylor’s death affected her in a profound way.

She set the dial on the blender to 11. McCoughtry was the one who suggested WNBA players stitch Taylor’s name to the back of their jerseys.

She’d also like to finally win a WNBA title that eluded her during a spectacular run with the Atlanta Dream.

McCoughtry was named the WNBA’s Rookie of the Year in 2009, was a five-time all-star and twice led the league in scoring and steals. She was named to the All-Defensive first team seven times. Her career includes two Olympic gold medals, two national championships in Turkey and one in Lebanon.

She was 0-for-4 in the WNBA finals with the Dream. Despite her considerable efforts, Atlanta was swept three times: once by Seattle, twice by the Minnesota Lynx.

That was the reason the 34-year-old small forward with the dead-eye jump shot signed with the Aces. It would provide her with the best chance to add a team jewel to a tiara filled with individual ones.

That was in February. That was before the world changed.

With the Aces down 2-0 in the best-of-5 finals, she won’t be able to lean on Bird, who specializes in real assists, for another psychological one in Game 3 Tuesday. Her pursuit of the title now seems a longer shot than the ones she has been sinking inside the bubble.

Winning three in a row is easier than winning four in a row. This is a matter of fact I mentioned to McCoughtry on the telephone Saturday, just in case Bird and her teammates were to drop a dime on the Aces in Game 2. Or, as it turned out, a whole lotta dimes.

“That’s something that’s on my bucket list,” said the introspective Baltimore native who joined the Aces in February after sitting out the 2019 season following knee surgery. She averaged 14.4 points during the “regular” season in just 20 minutes of playing time.

Another thing on her to-do list: Get out of the bloody bubble ASAP.

After she scored those 29 points in Game 4 of the semis, Aces coach Bill Laimbeer said McCoughtry didn’t want to go home yet. It was only a euphemism for her competitiveness. “Everybody is ready to get out of the bubble,” McCoughtry said.

“It’s not an easy situation. We miss the energy from the fans, we miss playing in our home (arena) — I signed with a new team, and I haven’t even experienced Las Vegas yet.”

After getting into good trouble off the court, she wouldn’t mind giving her pal Bird and the Storm some of the same on it, before all the air is let out of the bubble.