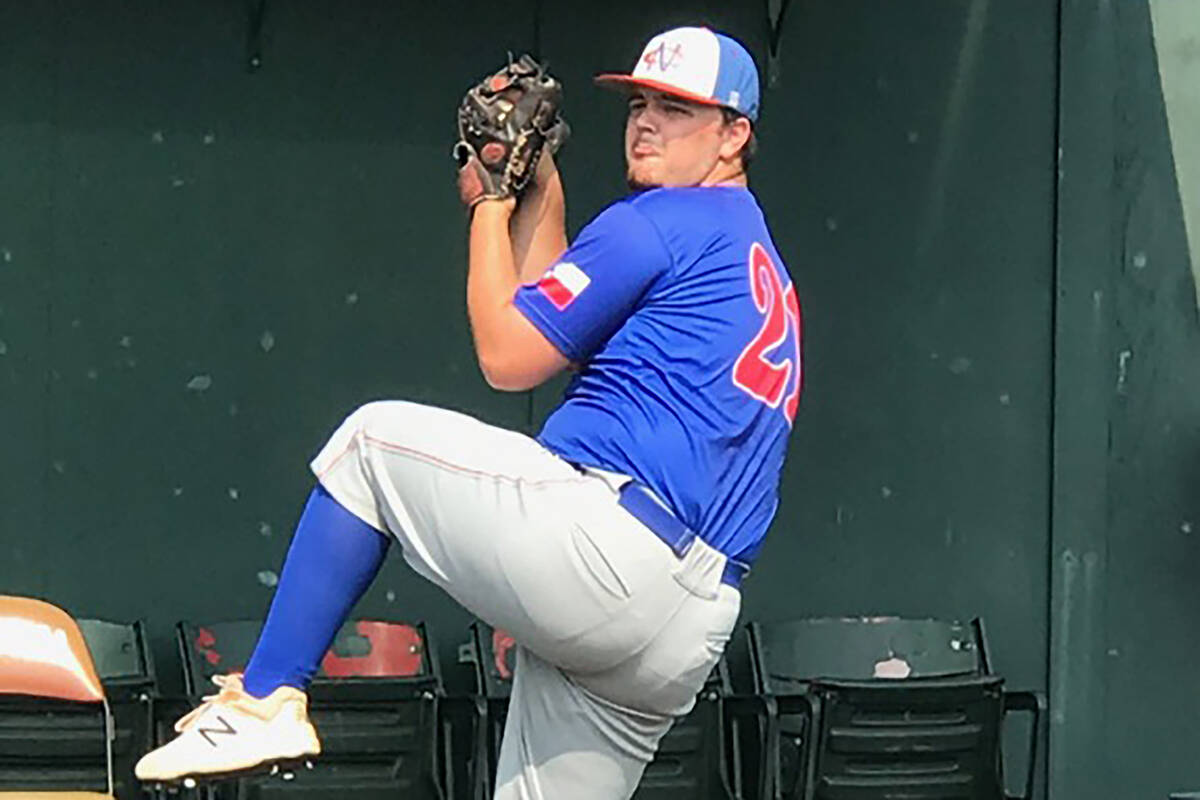 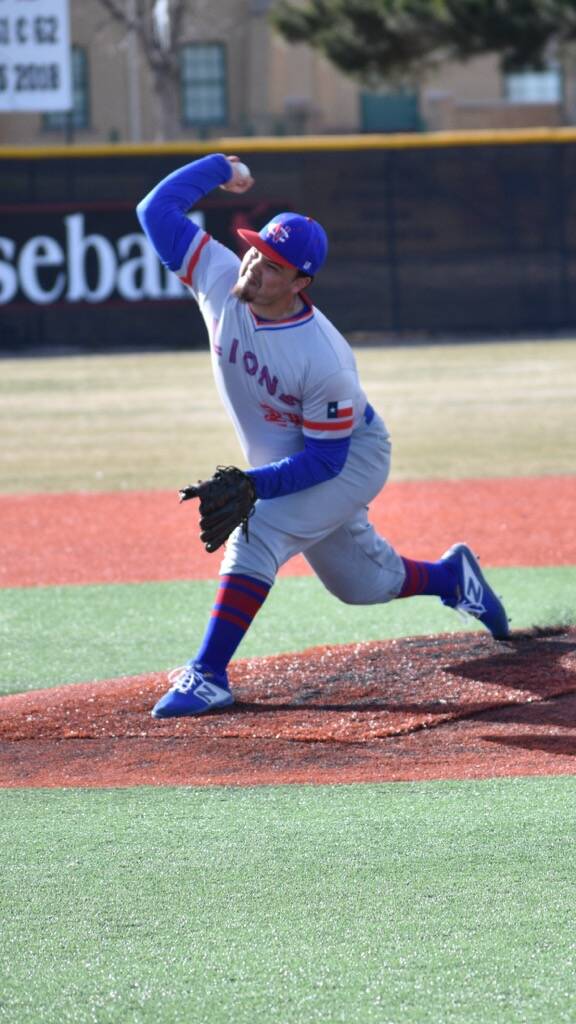 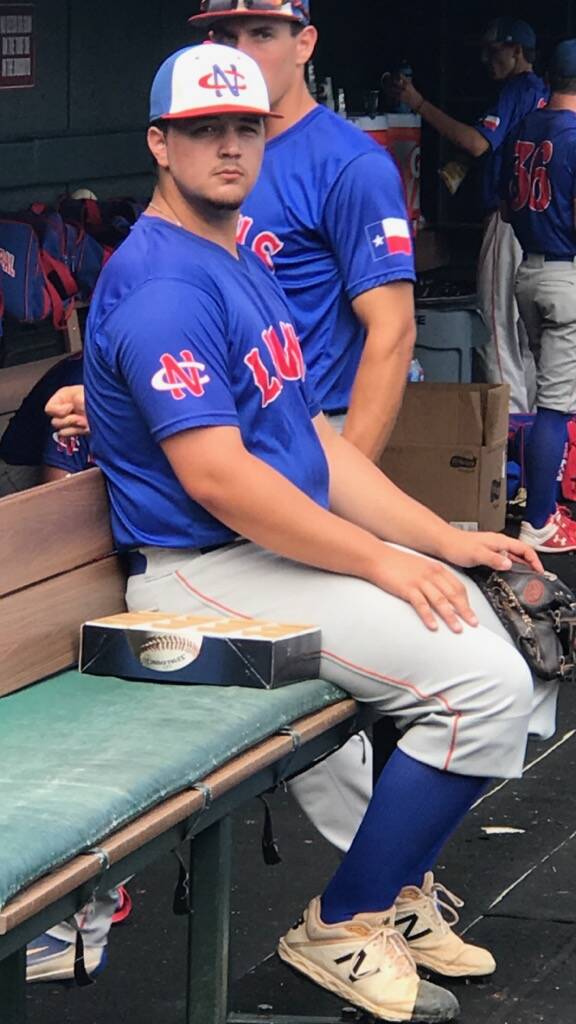 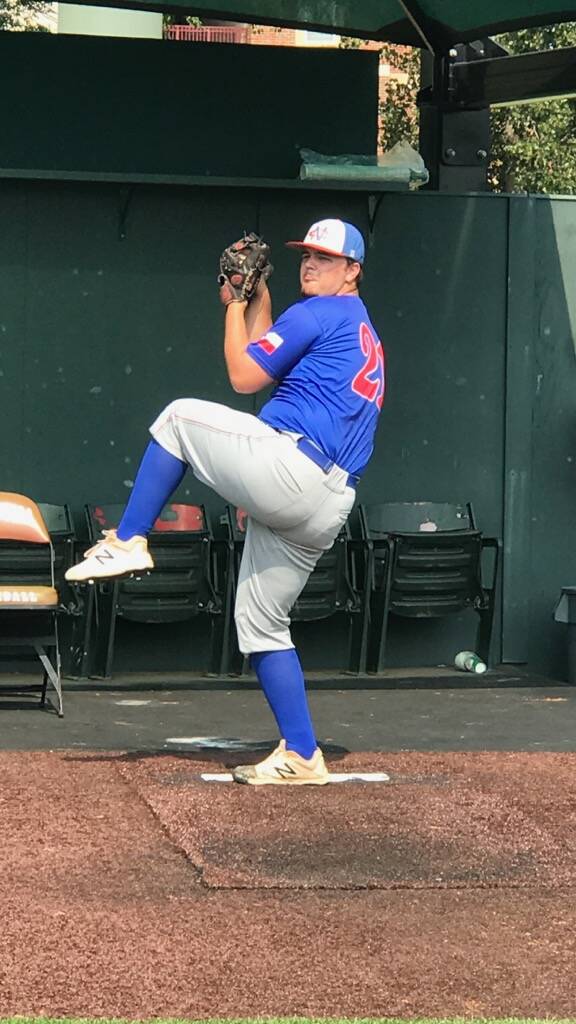 Dawson Beard was chilling in the dugout, catching a little shade on a sultry springtime afternoon in Weatherford, Texas.

The former Liberty High baseball player was pitching his best game of the season for North Central Texas College. He was trailing 2-1 in the top of the sixth inning when Josh Phillips, North Central’s first baseman, hit a two-run homer to give Beard and the Lions a 3-2 lead over Weatherford College.

But this was no ordinary home run.

This was that home run.

The one that precipitated a bizarre incident and a viral social media video that you had to watch twice or even three times to believe.

Phillips had just touched third base on his trot around the bases in the junior college game when Owen Woodward, the Weatherford pitcher, threw down his glove and charged like a bull from the stockyards in nearby Fort Worth.

He took down the opposing batter with a vicious flying tackle that would have impressed Lawrence Taylor or Jack Tatum or even fans in the Yankee Stadium bleachers who toss beer cans at the Guardians outfielders.

‘Is this really happening?’

“I saw (the ball) go over the fence, and I was excited,” Beard said of the unnecessary roughness that occurred directly in front of him. “I looked down for a second, and when I looked back up, I saw the pitcher charging at our guy.

“It was kind of a moment where I was in shock — is this really happening right now?”

Viewing the video, it was difficult to tell what caused the pitcher to lose his cool.

“It was completely spontaneous as far as I know,” said Beard, a 2019 All-Desert Region first-team pitcher at Liberty whose parents were born in Texas. “They don’t know each other. It was a heat of the moment thing — tempers flare and here we go. There’s no secret juicy details that maybe somebody is leaving out.”

One internet site reported the batter might have uttered an expletive meant for the pitcher as he rounded the bases. Even if true, that would not justify the pitcher’s extreme reaction, repercussions for which were swift and severe.

“We are shocked and disappointed at what happened,” Jeff Lightfoot, the Weatherford coach and assistant athletic director, said in a statement. “We do not condone this type of behavior … we are completely embarrassed by this incident, and we apologize to North Central Texas College and the fans of WC baseball. This type of behavior cannot be tolerated.”

A statement regarding today's incident at the WC baseball game. pic.twitter.com/QbKiaK63vs

It wasn’t. The Northern Texas Junior College Athletic Conference suspended the pitcher for four games before Lightfoot kicked him off the team.

But it was North Central that somehow received the harsher penalty.

Virtually every member of the visiting team (including Beard, who said he took two steps into foul territory) received two-game suspensions for running onto the field when most were only doing so to congratulate their teammate after he hit the home run.

After the Weatherford pitcher was pulled off the North Central batter, the latter scrambled to his feet and completed his home run trot before what remained of the doubleheader was ruled a double forfeit by umpires.

“That was almost as impressive as the home run,” Beard said of Phillips’ restraint after being slammed to the ground. “We would have been ahead 3-2. It took away a (potential) win for our team, and it took away my first conference win of the season.”

Good thing somebody got it on video, or nobody would have believed it years from now when the story gets told and retold over frosty pitchers of Lone Star beer or at family get-togethers.

“That’s the first thing I told my teammates when we got back on the bus,” Beard said. “Well, there’s a story we get to tell our kids some day.”