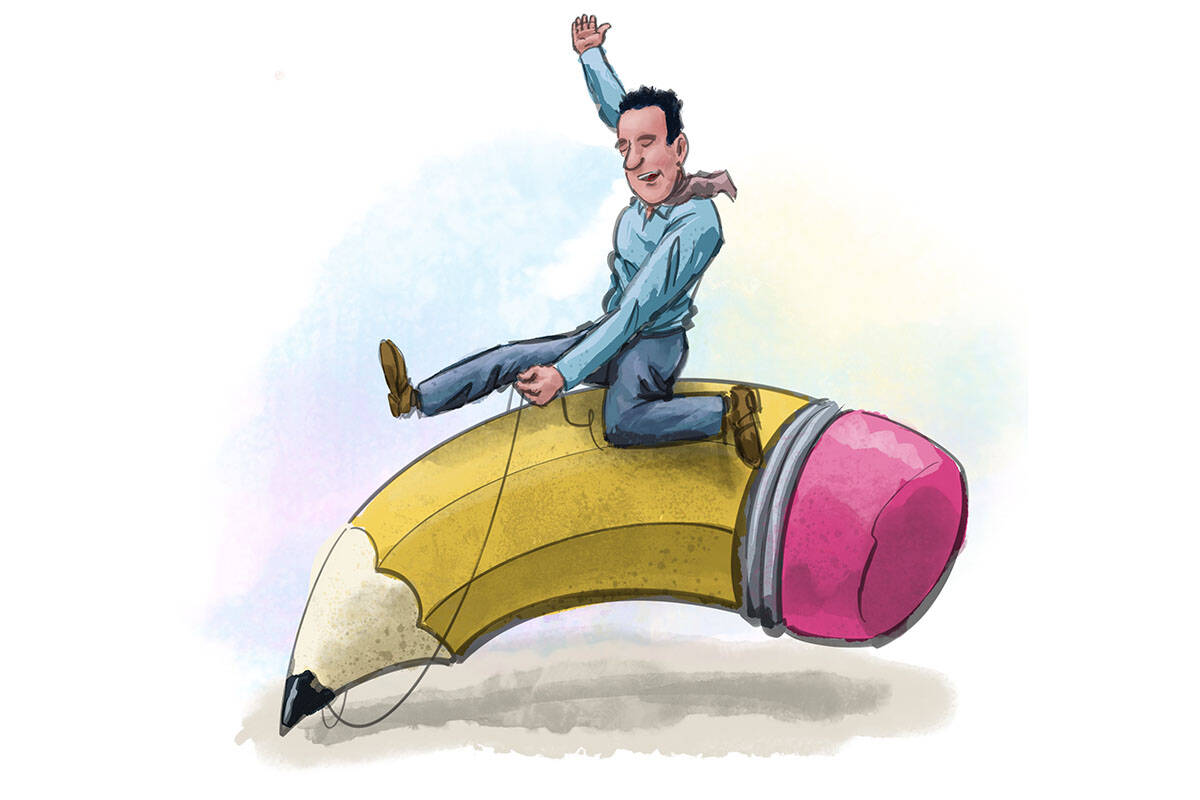 Not that long ago the Chicago Cubs had a pitcher from Venezuela named Carlos Zambrano who made the National League All-Star team three times. When asked to write about what it’s like to cover the National Finals Rodeo, the truculent right-hander is the first person who came to mind.

Before the Cubs got good for a short time, they were lousy for a lot longer one. During one losing streak, when Zambrano’s limited command of English (and his fastball) prevented him from eloquently describing the team’s futility, he summed it up thusly:

When the NFR and I were still new to Las Vegas, I was informed it was the responsibility of the new man in the sports department to cover the rodeo while the other staff members took a 10-day vacation to do their Christmas shopping.

Before then, most of what I knew about horses is the really fast ones ran in the Kentucky Derby. And that the ones at the local petting zoo had a peculiar odor.

As I treaded ever-so-lightly through the odoriferous corrals at the Thomas & Mack Center, my thought process foreshadowed that of Carlos Zambrano after the Cubs blew another game in St. Louis or Pittsburgh.

But the cowboys were right. When the ridin’ and ropin’ at the NFR start, one forgets the peculiar odor in the arena.

The media center was another matter.

Smoke got in your eyes

It wasn’t actually a center when the NFR first moved to Las Vegas. It was more like a cubicle — the same poorly ventilated enclave in the bowels of the T&M where reporters from the Long Beach Press-Telegram, Fresno Bee and Stockton Record filed their stories after UNLV basketball games.

For the NFR, additional tables and folding chairs were brought in so George Michael, patriarch of “The George Michael Sports Machine,” a few reporters from newspapers in western Canadian provinces and the guy who covered pork bellies for the Fort Worth Star-Telegram would have a place to sit.

In those days, the Big West Conference rule of no cheering in the press box wasn’t enforced at the NFR. Neither was no smoking or no drinking in the media cubicle.

Every time a saddle bronc rider from a dot on the map in Alberta would earn 89 or 90 points, the guy from the Calgary Sun would shout “Yee-haw!” Then he’d fire up another Marlboro, pour himself another cold Coors from a pony keg hidden under one of the Formica tabletops and gleefully rewrite his lead paragraph.

But as the prize money at the NFR has increased, so has the spectacle and professionalism of pro rodeo’s biggest show.

The media cubicle is now a full-fledged media center, having been relocated to the more spacious UNLV Lady Rebels basketball practice gym. They make you go outside to fire up a Marlboro now. Pony kegs under the tabletops are frowned upon.

But while the NFR arena now reeks of cash instead of … well, you know … it hasn’t seemed to spoil the competitors. Which, to me, is still the best thing about covering it.

Thanks for the chat

Most of the cowboys still say “Yes, sir” and “No, ma’am” and they thank you when you are done asking questions. You don’t usually get that in the stick-and-ball sports.

But if you cover the NFR long enough, or even once, you’ll also meet some unforgettable characters.

When I asked the former world champion Charlie Sampson how difficult it was to ride an ornery bull for eight seconds, he took off his prosthetic ear and slapped it on the table.

Brothers Sterling and Jacobs Crawley and their buddy, Jeremy Melancon, insisted on leaving the rodeo in an ambulance — not because they were injured, but because they discovered an emergency vehicle could be converted into a travel rig after the flashing red light and siren were removed.

And then there was Bobby DelVecchio from the Bronx (of all places). When we talked, it had been a while since he had last stolen a hubcap or ridden a bull.

Or collected semen from one.

In 1988, DelVecchio claimed to have been first to collect the aforementioned specimen from a bucking bull. He thought it might be worth a lot of money to stock contractors and breeders. But collecting semen from a bull was easier said than done in those days.

DelVecchio recalled a lot of kicking and snorting.

He said the bull was pretty agitated, too. ◆