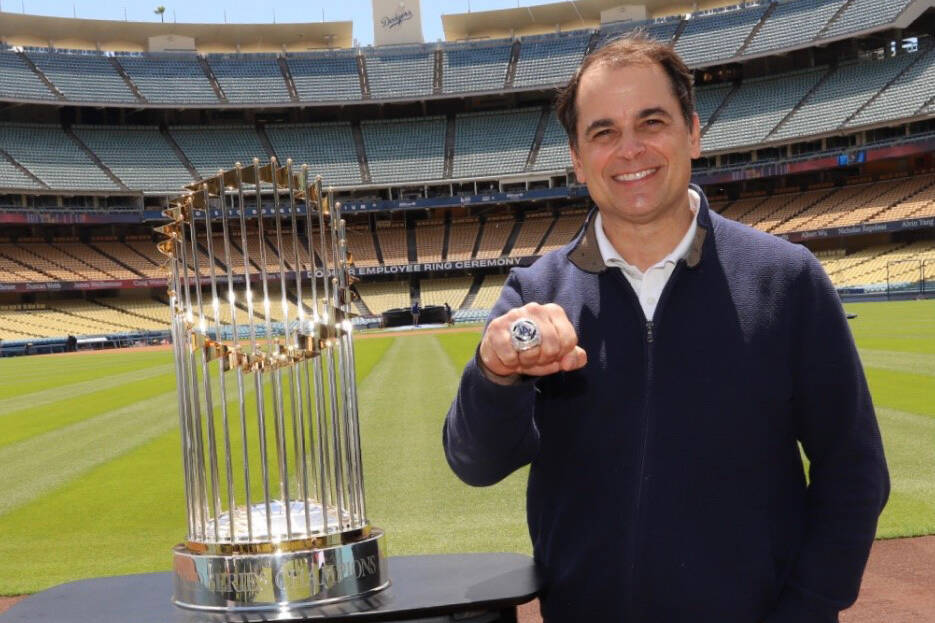 Los Angeles Dodgers broadcaster Tim Neverett has written a book about the team's 2020 championship season called “COVID Curveball: An Inside View of the 2020 Los Angeles Dodgers World Championship Season.” The former Las Vegan will sign copies of the book before the Aviators-Oklahoma City Dodgers game at 12:05 p.m. on Sept. 26 at Las Vegas Ballpark. (Tim Neverett) 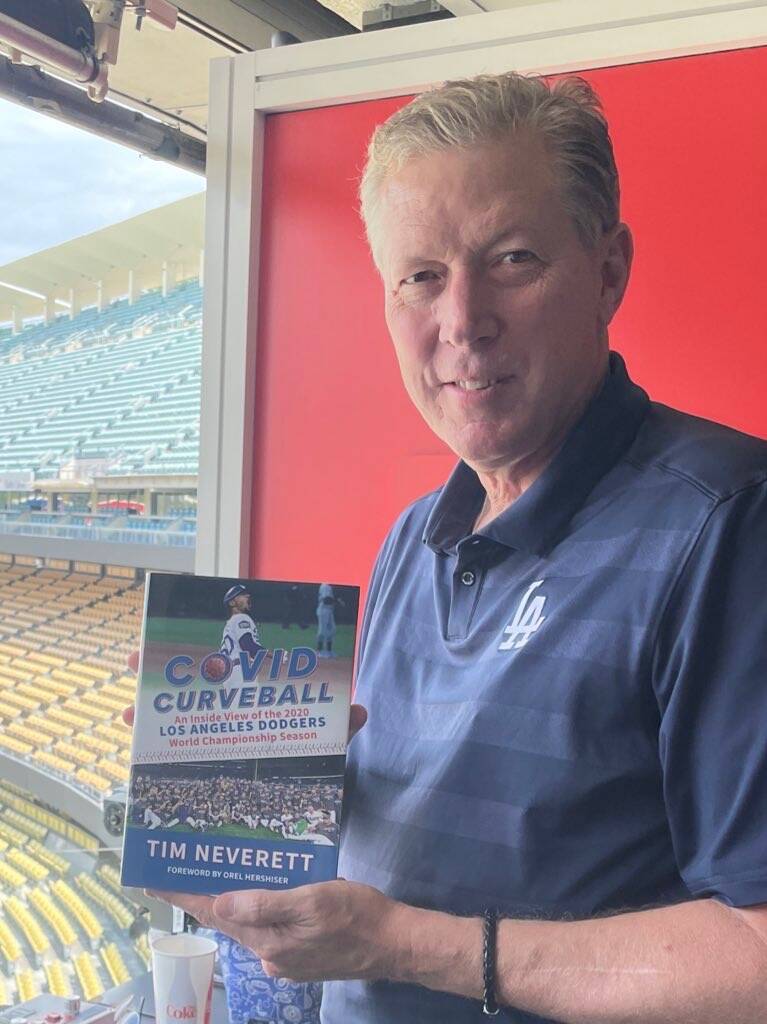 Former Dodgers pitching great Orel Hershiser holds a copy of Tim Neverett's book about the Dodgers' World Series-winning 2020 season. Hershisher, who wrote the forward for the book, is a Las Vegas resident and broadcast colleague of Neverett's with the Dodgers. (Tim Neverett)

But as far as Neverett knows, none of his fellow Emersonians has a World Series ring. Or wrote a book about the Dodgers winning their first one in 32 years, which Neverett — one of the team’s broadcasters whose resume includes stints with the Las Vegas 51s, Las Vegas Thunder and UNLV — has done.

“COVID Curveball: An Inside View of the 2020 Los Angeles Dodgers’ World Championship Season,” is available through Amazon.com. Neverett will be in Las Vegas on Sept. 26 for book signings before the Aviators-Oklahoma City game at 12:05 p.m. and at Power Play Sports Cards from 3 to 4 p.m. at the Boulevard Mall.

You can also get a copy of the book by sending a direct message to Neverett through Twitter, Instagram or Facebook. He’ll even autograph it with a personal message of your choosing.

Neverett, 55, said he got the idea for the book while hiking in the New Hampshire mountains with his wife, Jess, and their dog, Reggie, during quarantine before the second round of spring training last season.

“I didn’t try to take anybody inside the clubhouse because I didn’t get there myself,” he said of chronicling the strangest season in baseball history.

He said the book basically is a journal of the Dodgers’ truncated championship season and its many challenges. Foremost among those: Broadcasting games to manufactured crowd noise and the backs of cardboard cutouts.

“There were times when I could close my eyes and imagine 40,000 or 50,000 people,” he said. “You could fool yourself into believing, but it was only for a few seconds.”

Neverett said he wrote the book in real time as the season progressed. Within two weeks of the Dodgers winning the World Series, the manuscript was complete.

The project was a little more taxing than he imagined. But Neverett suggested it was easier to write about a COVID Curveball than to hit one.

Thanks, Darci. I appreciate it. If anyone is interested in personalized, signed copies, DM for details. DMs are open. https://t.co/gVB5hj2nz9

Neverett said he was looking forward to his Las Vegas visit for another reason: Reuniting with his son, Matt, who has been pinch-hitting for Aviators play-by-play man Russ Langer or for the visitors’ broadcasters who don’t travel to Las Vegas Ballpark.

Tim Neverett said Matt, 27, would call games for both sides during the Aviators-Oklahoma City series.

Count Danny Tarkanian, son of Jerry and a former Rebels point guard, among those delighted that UNLV will be retiring the jersey numbers of former greats Freddie Banks (13) and Robert Smith (10). He said the Krugers — former UNLV coach Lon and his son and current Rebels coach, Kevin — deserve a huge assist.

Wrote Danny Tark on Twitter: “Ecstatic UNLV is FINALLY, FINALLY, retiring Freddie Banks and Robert Smith’s numbers, arguably the best players in @TheRunninRebels history at their respective positions. Lon Kruger did the most to bring back REBEL tradition. Kevin continuing that work.”

Ecstatic UNLV is FINALLY, FINALLY, retiring Freddy Banks and Robert Smith’s numbers, arguably the best players in @TheRunninRebels history at their respective positions. Lon Kruger did the most to bring back REBEL tradition. Kevin continuing that work.

Former U.S. men’s national soccer team star Eric Wynalda didn’t burn bridges upon being fired as Lights FC coach in June 2020. But he might have been guilty of rubbing sticks together on Twitter after the local United Soccer League squad lost its eighth straight match.

“What’s the record for consecutive losses in @USLChampionship?” Wynalda asked after the Lights lost 4-1 to Phoenix Rising on Wednesday.

What’s the record for consecutive losses in @USLChampionship –

Tim Neverett, on how he got the play-by-play job for the defunct Las Vegas Thunder hockey team:

“I read my name in the RJ about being a candidate — only nobody from the Thunder had ever talked to me. I called (team executive) Donnie Logan and asked, ‘Did you read the paper today?’ He said, ‘Yes, you should probably come in and talk to us.’ ” 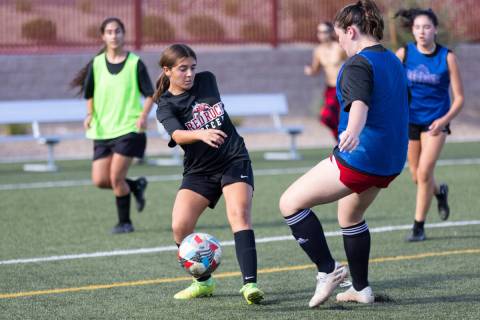 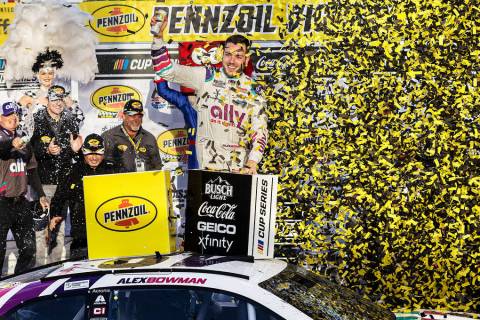