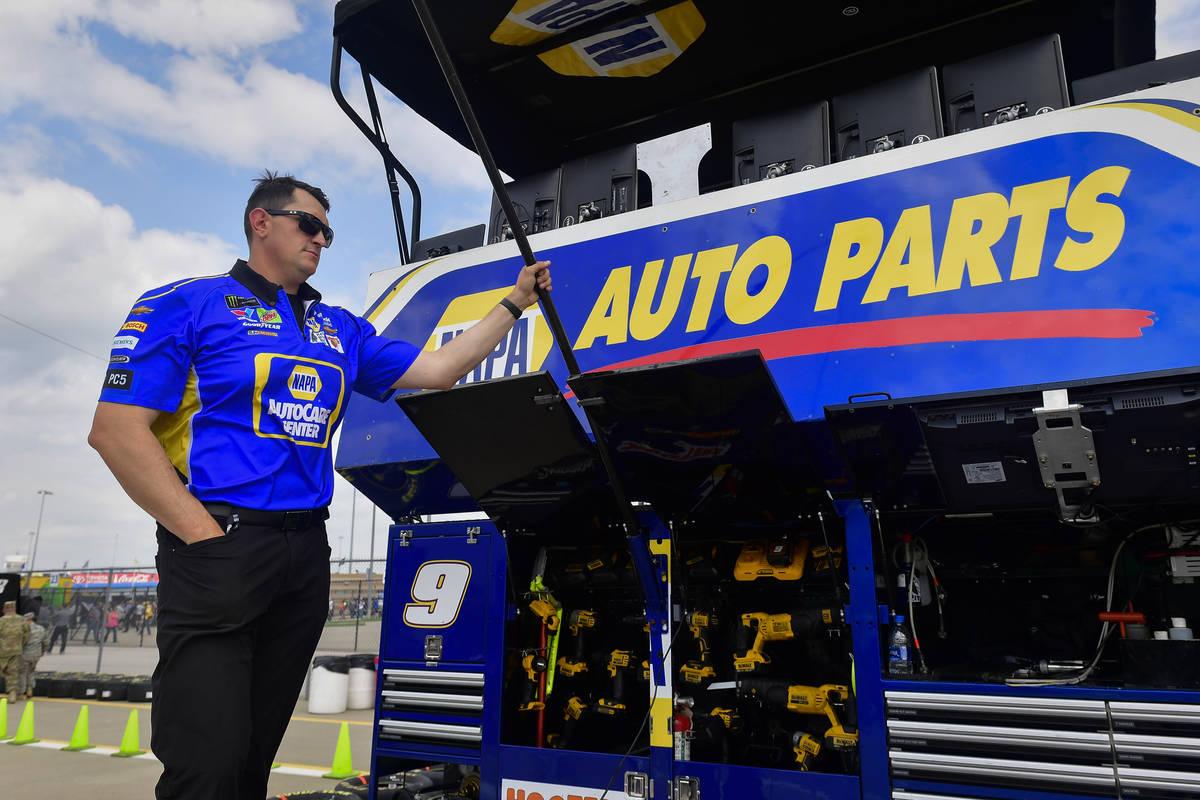 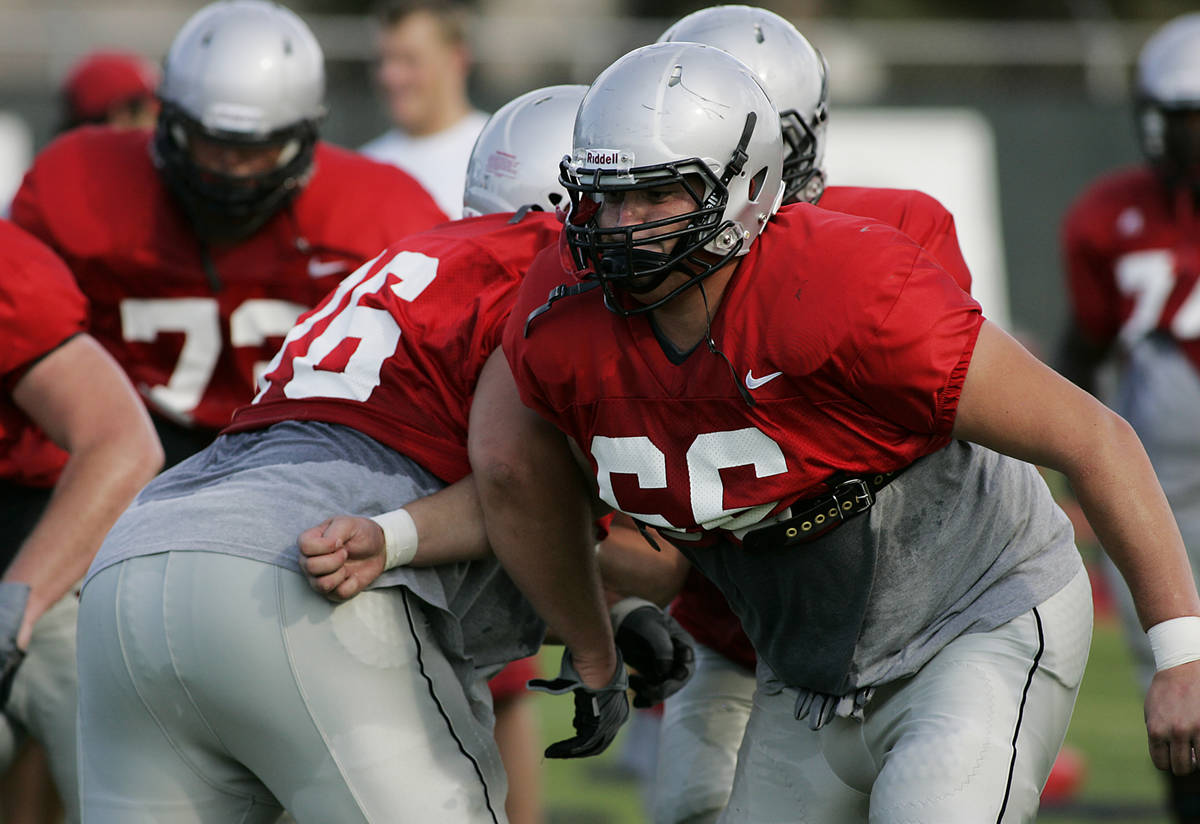 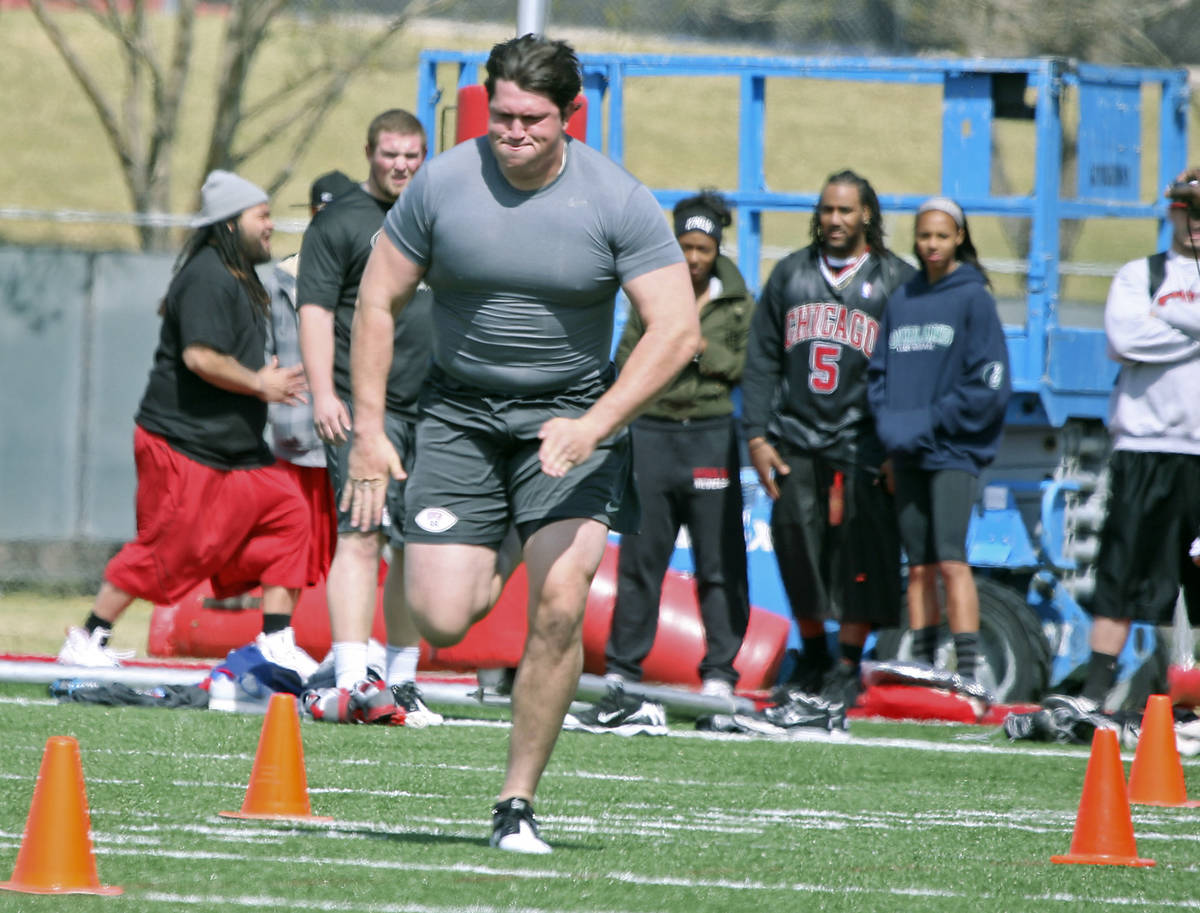 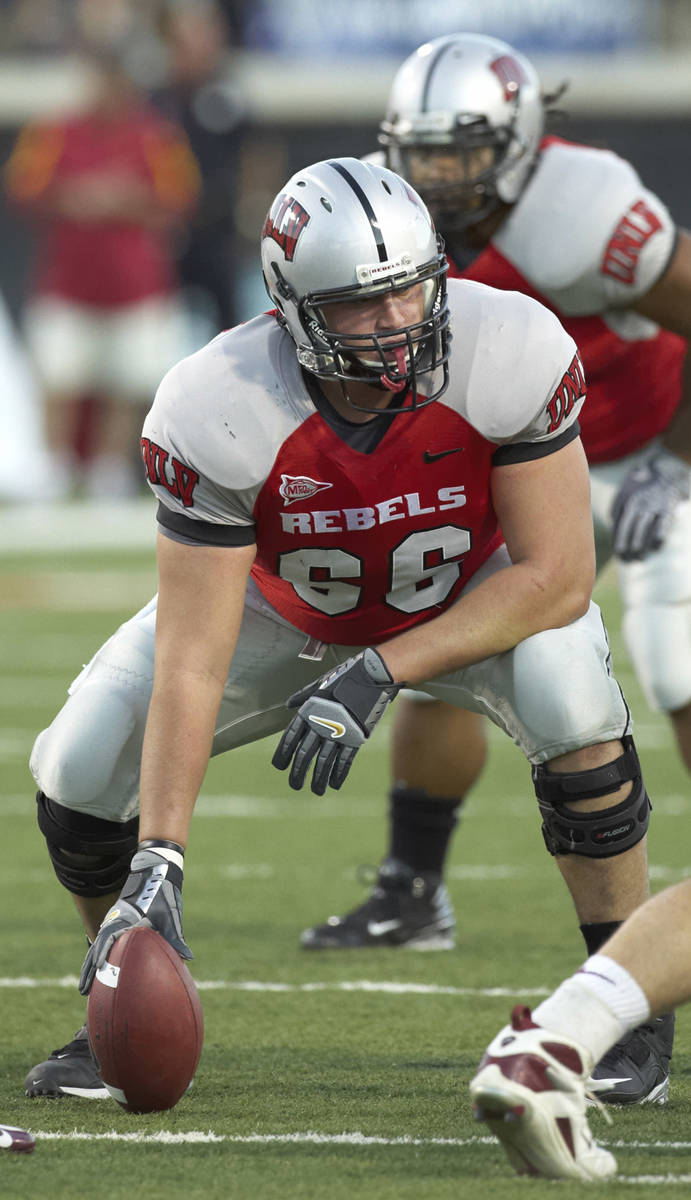 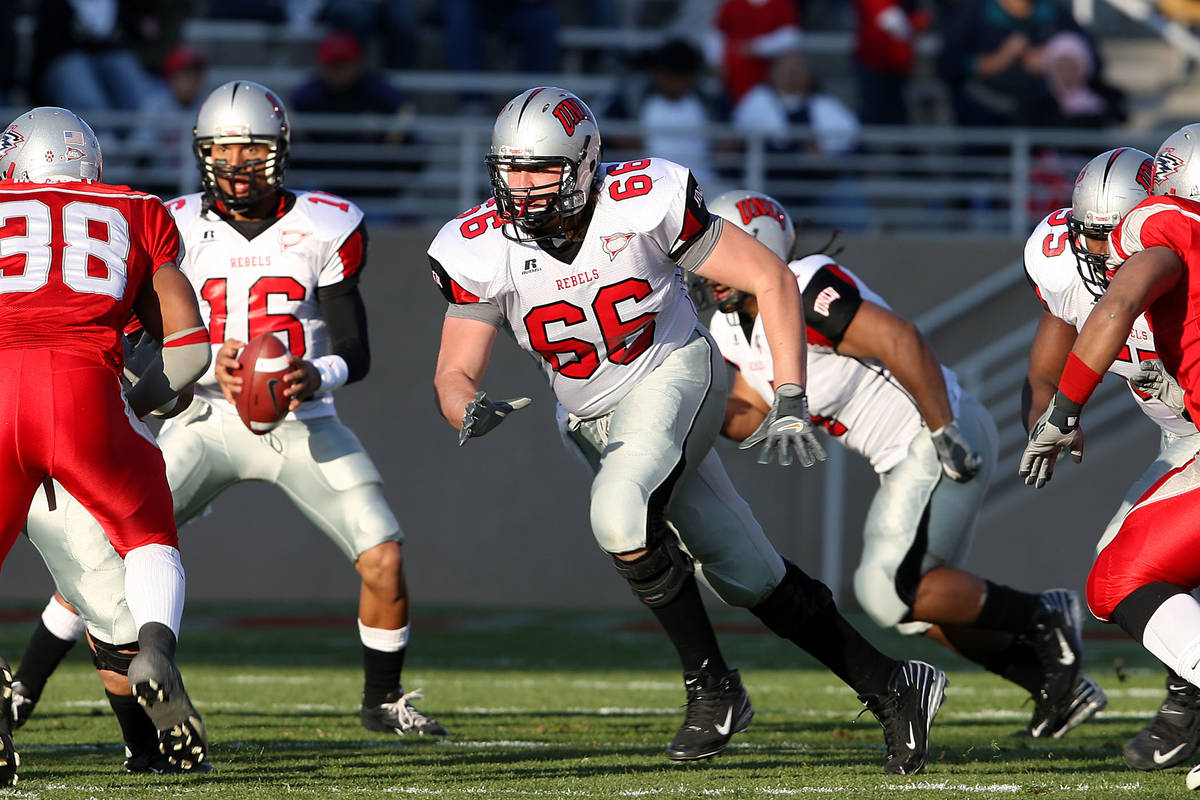 Ten years ago when John Gianninoto was a captain and standout offensive lineman for the UNLV football team with a goal of playing in the NFL, his girlfriend Carlie dragged him to Las Vegas Motor Speedway for a NASCAR race.

“I saw the cars going around and said this is a pretty good show, but that’s about all I knew,” he said of his introduction to big-time stock car racing.

That outing worked out pretty well for the former Mike Sanford recruit. He and Carlie eventually married and in 2019 became parents of a baby boy named Michael.

As for playing on Sunday, he thought that was a dream that had ended when he was among the last cuts by the Carolina Panthers in 2011. Instead, it took on another form. Gianninoto now spends his Sundays (and sometimes Monday, Tuesday or even Wednesday, when it rains in Texas) servicing the car driven by NASCAR star Chase Elliott as the fueler for the No. 9 Hendrick Motorsports Chevrolet pit crew.

Elliott is one of four drivers who will race for the NASCAR title at Phoenix International Raceway Sunday, about a two-hour drive from Gianninoto’s hometown of Tucson.

Each time Elliott pulls into the pits, his crew consisting of a jackman, two tire changers, gas man, tire carrier and a utility man (who cleans the windshield and provides the driver with a drink) will come flying over the pit wall to service the No. 9 car.

A pit stop for four tires and fuel usually takes from 12 to 16 seconds when everybody is in sync. When that happens, a NASCAR pit stop can look like choreographed ballet, except the ballerinas have grease under their fingernails.

And when everybody isn’t in sync? It’s like a dance troupe that is out of step.

That’s what almost happened at Martinsville, Virginia, last week when Elliott drove down the pit road with about 150 laps remaining in a race he needed to win to advance to the NASCAR Final Four. Jackman TJ Semke jumped the gun. He went over the pit wall before Elliott arrived, a violation of NASCAR rules.

But Semke had remembered what he has been taught in pit stop practice: If you come over the wall early, you can go back and reset. Sort of like when you line up in the neutral zone or tag up on a sacrifice fly. That’s just what he did. Elliott lost some track position but not nearly as much as he would have had his crew been penalized.

Without Semke’s quick thinking, Elliott probably does not win the race — and does not race for the championship in Phoenix.

“It was a huge heads-up move by him,” Gianninoto said of Semke, a former defensive lineman for Kansas.

Hiring football players to perform pit crew tasks is a relatively new thing in NASCAR. Their strength, agility and ability to perform under pressure is well-suited to a sport in which every second counts.

Gianninoto is one of two former Rebels serving as fuelers for top-flight NASCAR teams — his roommate at UNLV, Evan Marchal, is the gas man for former champion Kevin Harvick. Gianninoto weighed 315 pounds when he played center and offensive guard for the Rebels. His NASCAR playing weight is 235.

“The body changes when you’re not getting hit in the mouth every day,” he said.

While not as physical, Gianninoto said the daily practices between races during which crew members review film and work on technique is just as intense.

Man with the can

A can of NASCAR Sunoco Green E15 fuel weighs around 100 pounds, and it has an awkward shape. With the fuel sloshing around, sometimes it can be hard to balance, even on shoulders as broad as Gianninoto’s.

“It’s like trying to move a 300-pound nose guard,” he said. “Once you understand how to use your leverage, it kind of becomes second nature.”

As does quietly going about one’s business. Being a NASCAR crew member is a lot like playing in the offensive line. One usually doesn’t want to hear his name called.

“A good day is pitting the car forward (gaining track position) and doing all we can to make sure we’re not the cause why (Elliott) falls backward,” Gianninoto said. “When they start talking about you, that means you’re not doing well. It’s like allowing a sack.”

The goal on Sunday: Protect Chase Elliott as if he’s Tom Brady at the Super Bowl.