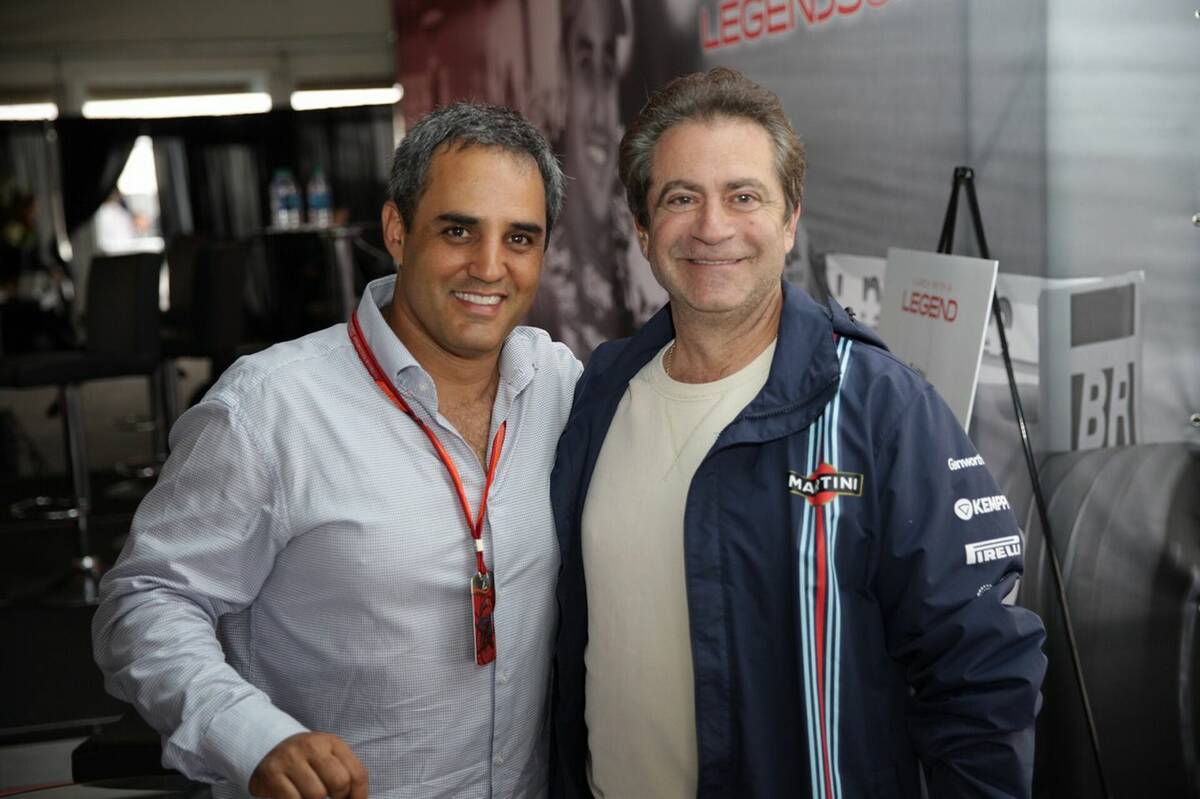 It’s all about horsepower for Marc Risman this week.

When we spoke this past week, the Las Vegas attorney was driving around the verdant Kentucky countryside and had just made a stop at Claiborne Farm, the final resting place of Secretariat and so many other great racing thoroughbreds.

On Sunday, Risman will make the short drive up Interstate 65 for the 106th running of the Indianapolis 500, where two of his clients are starting on the front row.

Scott Dixon, who posted a record qualifying speed of 234.046 mph, will start from the pole position for the fifth time. Risman has been the attorney for the 2008 Indy winner and six-time series champion since 1999.

Risman also represents Rinus VeeKay, a lightning-fast 21-year-old who led 32 laps in last year’s 500 and will start from the outside of the front row. And eighth-place starter Felix Rosenqvist, who will drive one of three cars entered by Arrow McLaren SP, a team founded by Henderson resident Sam Schmidt.

Many experts are saying this is Dixon’s year, that he is long overdue to add to his win total at the venerable Brickyard. He will roll off as the 4-1 betting favorite.

“I hope they’re right,” said Risman, who was in victory lane when Dixon won in 2008 and played a small part in the victory celebration.

When his client was summoned to take the traditional victory lap, somebody handed Risman the massive victory laurel. The New Zealand TV reporters thought Risman must be somebody special, so they interviewed him on live TV.

“I’ll probably see him on the grid, do the fist bump, wish him luck,” Risman said of Indy’s pomp and circumstance that plays out in front of more than 325,000 spectators. “Maybe talk to his wife (Emma Davies-Dixon, the former British Commonwealth 800-meter champion) and try to calm her nerves a little bit.”

After that, it will be time for the gentlemen to start their engines. And then Marc Risman will start to feel butterflies, too.

— Billy Johnson, who as president and CEO of the defunct Las Vegas Wranglers established the local blueprint for wild and crazy minor league promotions, recently completed his first season as president of the Norfolk Admirals, the ECHL affiliate of the Carolina Hurricanes.

When the team released its 2021-22 promotional schedule this past week, there were not one but two Regrettable Tattoo Nights on which a lucky fan is provided the option to have a bad tattoo covered by … well, one less bad.

No Mini-Kiss reunions or midnight puck drops at Scope Arena in downtown Norfolk, Virginia, have been scheduled. Then again, it’s only May.

The Admirals' most robust promotions schedule in YEARS is HERE! 😁

You can NOW RESERVE choice seats in 6-game plans! Choose and mix from these premium ticket plans to create 6, 12, 18, or 24 game packages! Reserve your family’s seats now!

— Interesting fact of the week: The Las Vegas Convention and Visitors Authority board of directors has approved a $398 million budget for fiscal year 2022-23 — which was nearly $100 million less than the Mercedes’ Formula One race team’s budget before the globe-trotting auto racing series established a $140 million spending cap (that does not include driver salaries and other expenditures) for the 2022 season.

The LVCVA was instrumental in luring F1 back to Las Vegas for a race that will encompass the Strip when it debuts in November 2023.

This sport is absurd.

The Monarchs, who twice have beaten Gorman in recent seasons and last year routed Las Vegas public school power Liberty 49-7, are facing allegations of sexual assault stemming from a hazing ritual that has resulted in a former player suing the school and its diocese.

This might not be the ultimate irony in sports, but it’s probably in the top three.

Jenna Fryer, who reports on auto racing for The Associated Press, noticed that driver Callum Ilott’s sponsor in Sunday’s Indianapolis 500 is The Ticket Clinic — a law firm that defends those who get caught driving too fast.

In irony today: @juncosracing says The Ticket Clinic — the nation’s largest law firm dedicated to the defense of traffic tickets — is sponsoring @callum_ilott in the fastest #Indy500 field in history.