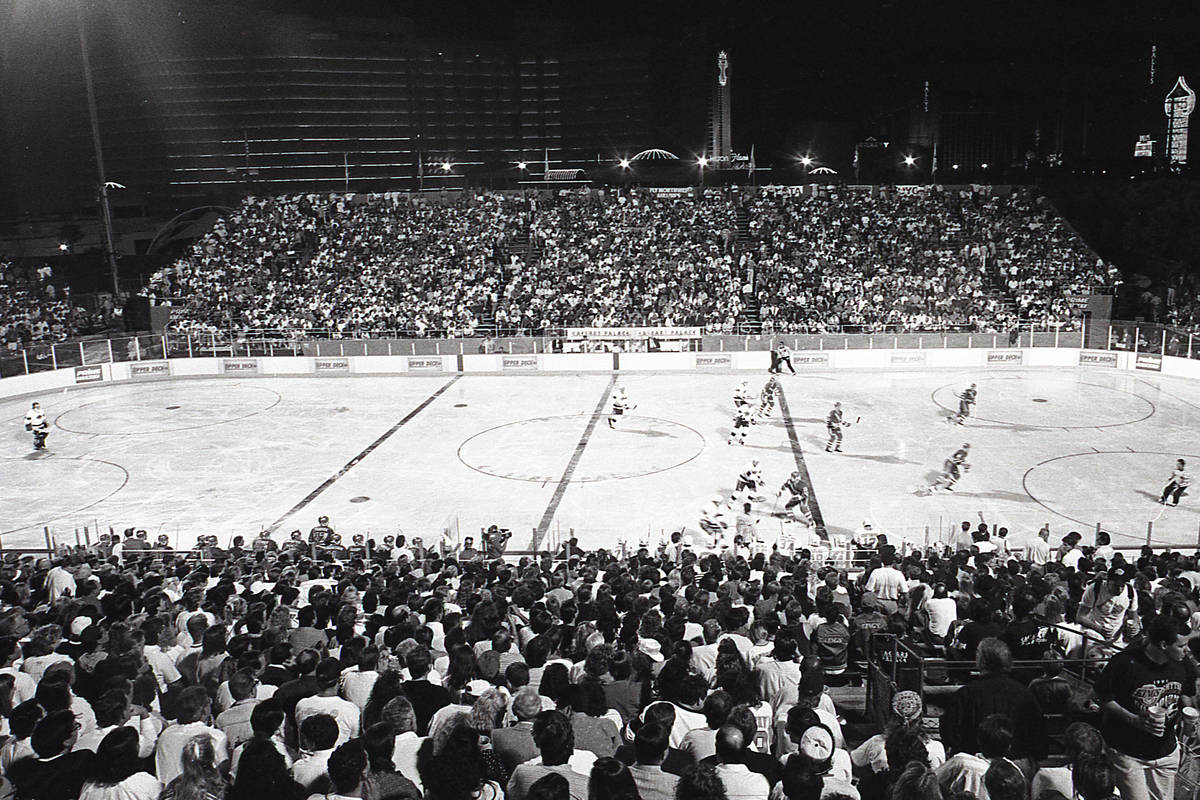 Scenes from an outdoor NHL exhibition game between the New York Rangers and the Los Angeles Kings on Sept. 27, 1991 at Caesars Palace in Las Vegas. A temporary ice rink was built on the casino's parking lot. (Las Vegas Review-Journal file) 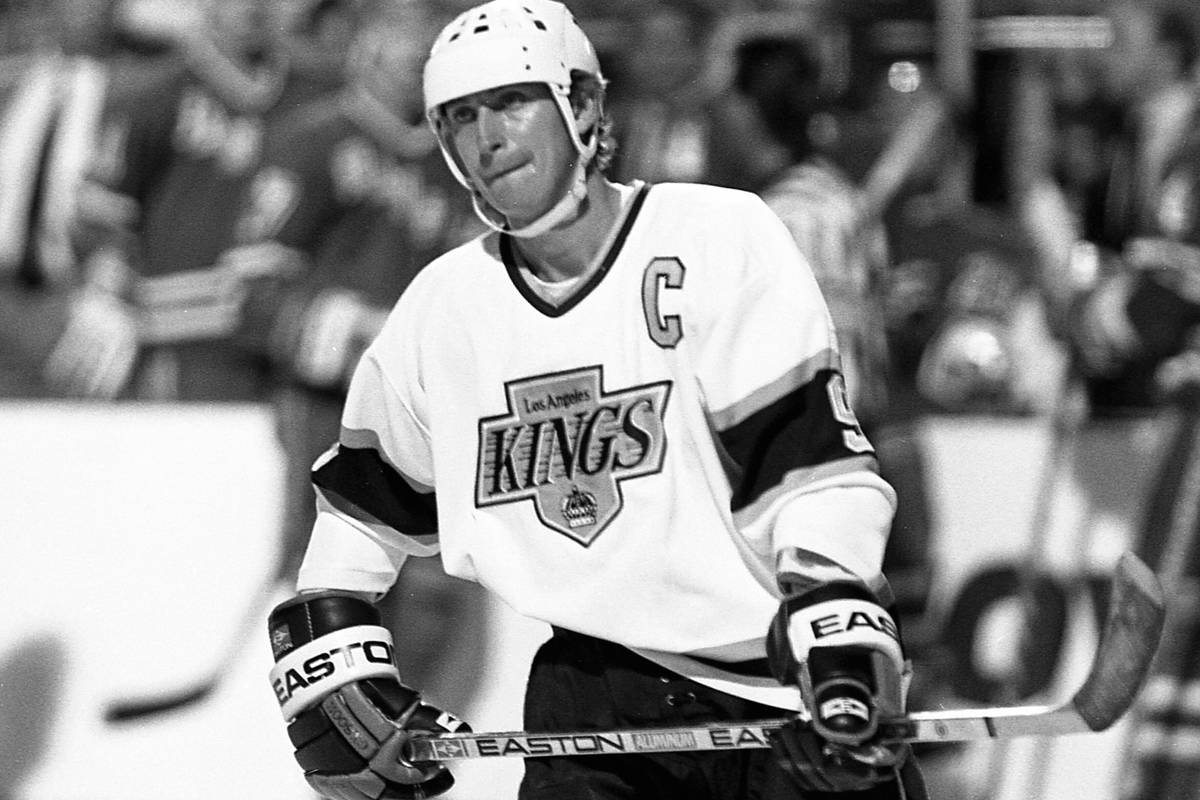 Scenes from an outdoor NHL exhibition game between the New York Rangers and the Los Angeles Kings on Sept. 27, 1991 at Caesars Palace in Las Vegas. A temporary ice rink was built on the casino's parking lot. (Las Vegas Review-Journal file)

Wayne Gretzky said he had never seen anything like it.

He could have been speaking of the NHL’s first outdoor game, Kings vs. Rangers, played at Caesars Palace on the Strip on Sept. 27, 1991. The high temperature that day was 92 degrees. When the puck dropped it was 84.

But what Gretzky was talking about was grasshoppers dive-bombing the ice surface. Only he called them black flies. Gretzky is from Brantford, Ontario, where there aren’t many flying insects, probably because penguins eat them.

“The only issue was the last four minutes the black flies were diving into the ice thinking it was water,” the Great One said, although an entomologist probably would say it was the bright lights that attracted the little buggers.

Rich Rose, the former president of Caesars World Sports, was primarily responsible for bringing the NHL’s first outdoor game to Las Vegas (with a huge assist from then Kings owner Bruce McNall). He recalled that night in a phone chat this week.

“Gretzky scored (in a 5-2 Kings win) and then we had grasshoppers. It came up in the press conference. Gretzky said he had been skating on the ponds of Canada since he was four years old but that he had seen something (that night) that he had never before seen on the ice — grasshoppers.”

Rose said most in the sellout crowd of more than 13,000 remember the grasshoppers but forget that the game nearly wasn’t played.

Around lunchtime, an ambitious worker arrived at the temporary rink constructed at the old outdoor boxing arena and cut the ropes to a tarpaulin that had been been put up over the ice to protect it from the blazing sun.

Within 30 minutes, three inches of water was standing on the ice.

“Can we fix this?” Rose said, recalling the frantic hours before the scheduled 7:30 p.m. faceoff.

“We had been told the normal temperature for an NHL ice sheet was 19 degrees. They had set ours at 11, just in case. They turned it down to three degrees (after the flood). And then, quite frankly, whatever your religion was you prayed.”

By 5 p.m., the ice was frozen solid again. The only problem was the fabric blue lines had broken though the first sheet of ice after it melted making more repairs necessary.

The pregame skate was canceled. The puck was dropped at 7:45 p.m., 15 minutes late. But the ice held up.

Even when the grasshoppers came swarming down on it like the old Montreal Canadiens’ power play.

“The ice was perfect,” Gretzky recalled a few years ago when the Kings were preparing to play an outdoor game at Dodger Stadium.

Added teammate Luc Robitaille: “Let me tell you something, it wasn’t worse than at the Forum. We were used to bad ice. By the time we got to Vegas, we were, like, this is great.”

Rich Rose and his team had pulled it off when a lot of hockey people said it couldn’t be done (and that was putting it mildly). On the game broadcast, Kings broadcasters Bob Miller and Jim Fox speculated about the NHL perhaps putting a team in Las Vegas some day, although they were kind of chuckling when they said it.

“We were ahead of the curve,” Rose said of paving the way, or at least putting down ice, for the NHL’s Winter Classic and other outdoor games that would become so popular with players and fans.

But his ultimate gratification would come just two nights later.

The Kings and Rangers were scheduled to play their last preseason game, indoors, in Charlotte, N.C. But when Rose turned on the TV, an encore presentation of the outdoors game at Caesars Palace was being shown.

The game in Charlotte had been canceled because they couldn’t make ice.