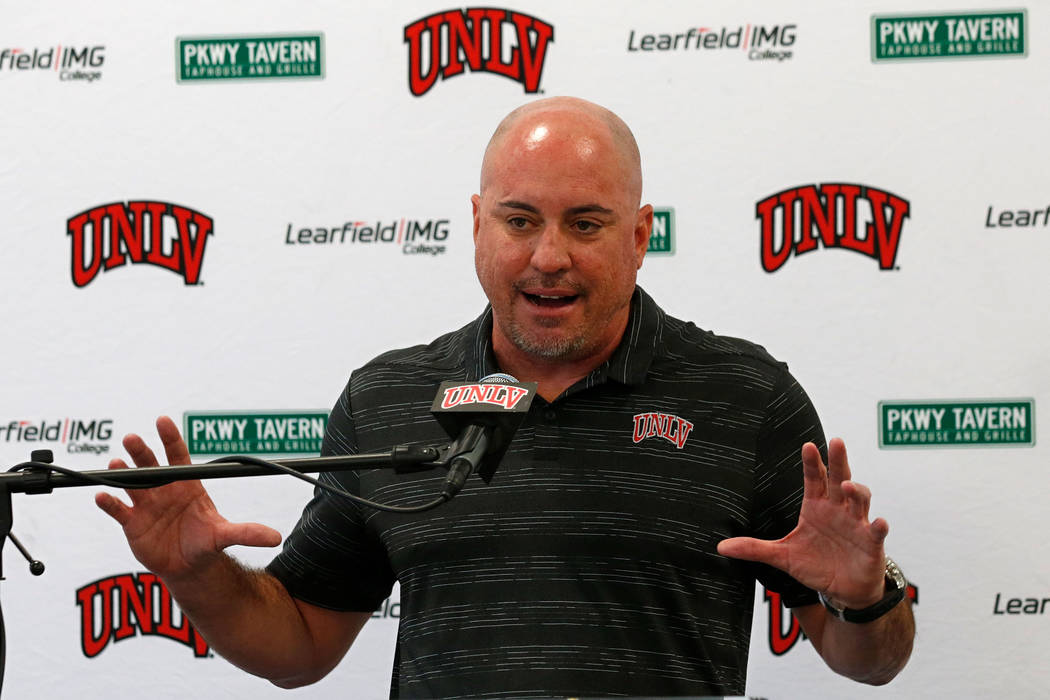 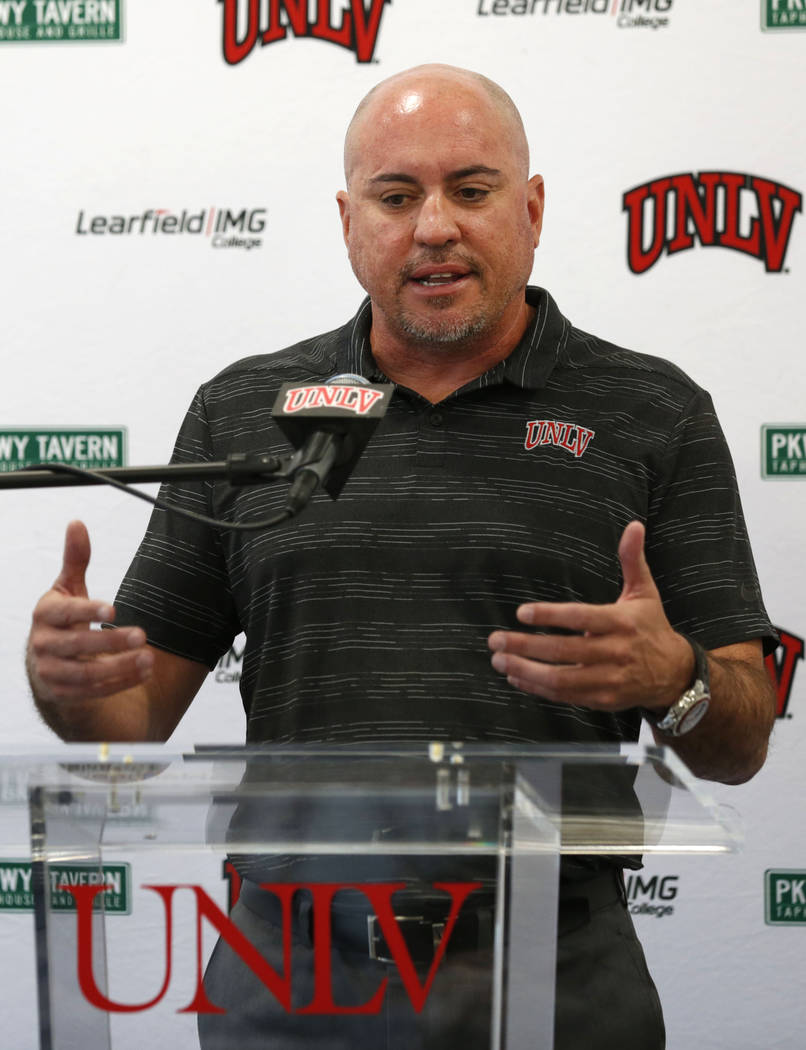 There is a profound quote attributed to Paul “Bear” Bryant that goes like this: “Show class, have pride and display character. If you do, winning takes care of itself.”

I was reminded of that Monday when Tony Sanchez faced the music and the media after being fired as UNLV’s football coach.

He was dismissed after five seasons, the term limit here. Coaching football at UNLV never has been likened to being a senator from South Carolina or Massachusetts. It’s more like shampooing one’s hair: rinse and repeat.

Let the record show that Sanchez delivered on three of The Bear’s four suggestions.

When he stood on the island in the media room of the $35 million Fertitta Football Complex for which he was responsible, Sanchez did not take off his shoe and pound on the podium for not being allowed to see his vision to full fruition or a minor bowl berth.

He will not get to coach in the Raiders’ new stadium with all the bells and whistles next season.

But he will be allowed to lead the Rebels onto the field one final time Saturday, in the Battle for the Fremont Cannon against UNR at Mackay Stadium in Reno.

As they say on the TV game shows, lovely parting gift.

Classy to the end

Sanchez spoke in a conversational tone Monday. He smiled a lot. He said the right things.

He demurred when asked about his legacy. He said that will be up to others to determine, though he was standing directly in the middle of it.

It was in stark contrast to how Mike Sanford handled his final news conference 10 years ago after his five seasons and before Bobby Hauck would have his five.

Sanford didn’t pound his shoe on the podium. But his diatribe about lack of support from his administration came off like Nikita Khrushchev addressing the United Nations General Assembly after the delegate from the Philippines made his speech during the Cold War.

Now, it should be pointed out that Sanford was a nice guy and easy to like. Except when he went chasing after referees after a tough loss at Iowa State, he generally was fun to be around. I enjoyed kibitzing with him over box lunches in his office, though I’m not sure the TV guys enjoyed our repartee about past Rose Bowls and such.

Anyway, Sanford did not speak in a conversational tone and smile a lot after receiving his pink slip. And there wasn’t much repartee.

His inflection toed the line between measured and defiant. He read “prepared thoughts” about why the Rebels probably would never win from a script.

The wiseguys in the room said Sanford spent more time on his parting shots than he did on his game plan for UNR.

“There’s been more of a football commitment made at Reno from a facility standpoint than there has at UNLV,” said Sanford, who was 0-5 against the Wolf Pack. “Our locker room is the worst locker room in college football.”

And: “In the last 20 years … no football coach has left this program with a winning record. That includes a man — John Robinson — who is being inducted into the College Football Hall of Fame. In my opinion, this must be a systemic, infrastructure and commitment issue, and not a coach issue.”

And: “There’s a mentality (within the community) of ‘Well, let’s see if they win, then we’ll jump on the bandwagon and help them.’ And that’s not going to work. It hasn’t worked, like I said, for 20 years. UNLV keeps changing coaches, and that’s not the answer.”

It has gotten better in the 10 years since Sanford banged his shoe. A bigger commitment to the football program is being made. UNLV almost is spending enough to be competitive in the Mountain West.

There still are things that need to be said.

But when presented an opportunity, Tony Sanchez said none of them.

He showed class, he had pride, he displayed character.

Bear Bryant would have been pleased.