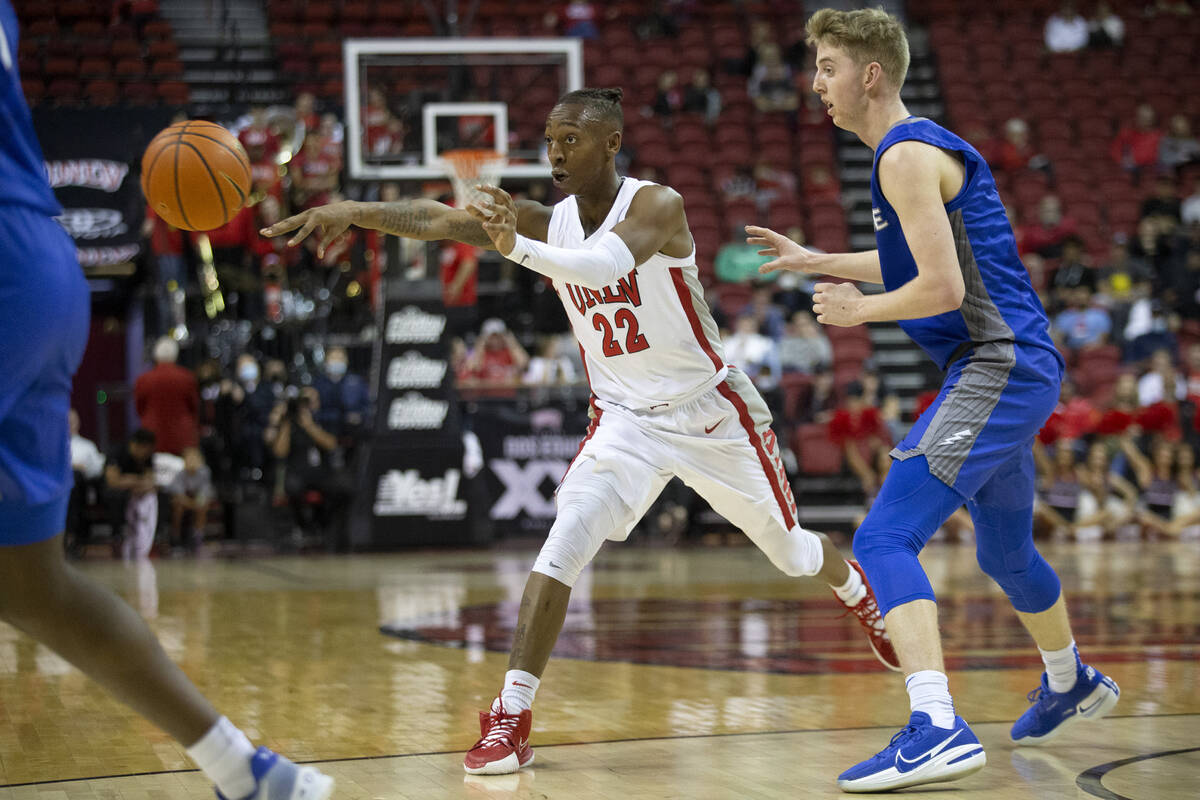 UNLV guard Josh Baker has entered the transfer portal after spending one season with the Rebels, a person close to the program confirmed Wednesday.

Baker, who transferred to UNLV from Hutchinson (Kan.) Community College, played in 25 games and made 12 starts for the Rebels, averaging 3.9 points and 1.2 rebounds. A concussion sidelined him for several weeks during conference play.