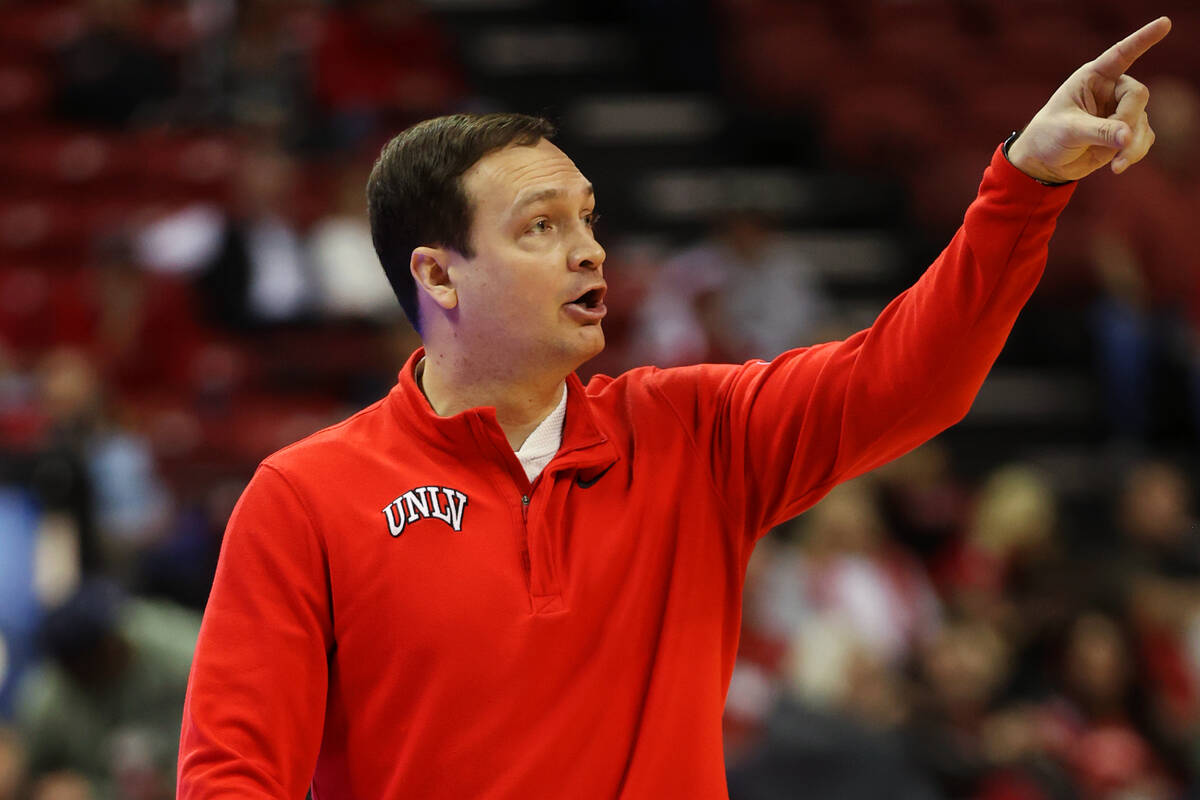 UNLV head coach Kevin Kruger talks to his players in the second half of a men’s basketball game against the Colorado State at the Thomas & Mack Center in Las Vegas, Saturday, Feb. 19, 2022. (Erik Verduzco / Las Vegas Review-Journal)

“Jackie is extremely quick, can shoot the ball well and is a very hard worker,” coach Kevin Kruger said in the press release.

A 5-foot-11 point guard from Wichita, Kansas, Johnson III played in 30 games and made 11 starts for the Dukes. He averaged 9.5 points per game and shot 37.3 percent from 3-point range in his only season at Duquesne.