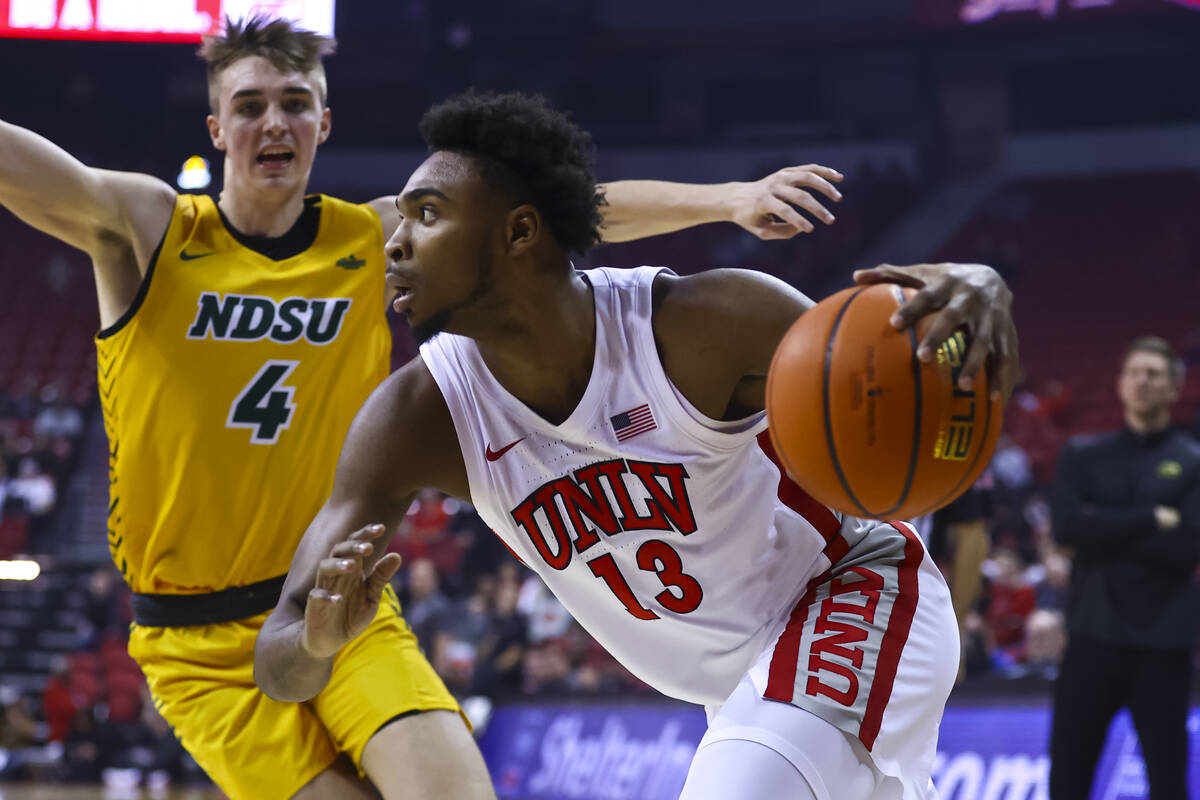 “It definitely helps with my confidence,” Hamilton said. “To be able to have my coach’s and my teammates’ trust, it feels good.”

The roster this year may be different, thanks in part to the 10 newcomers Kruger and his staff have added. But Hamilton’s role remains the same for the Rebels (3-0), who play No. 4 Michigan (2-1) on Friday in the Roman Main Event at T-Mobile Arena.

Get buckets. By any means necessary.

Through three games, the veteran Californian is leading UNLV in scoring, averaging 17 points per game — albeit on a team-high 18.7 shots. He’s shooting 37.5 percent from the floor, but that figure has swelled to 58.8 percent in the final five minutes of games, during which he’s converted 10 of 17 attempts.

He scored 11 points last week in the final five minutes of a 64-58 victory over Gardner-Webb and made UNLV’s last two field goals Saturday in a 55-52 victory over California.

He scored eight points down the stretch Monday in a 64-62 victory over North Dakota State, prompting Texas transfer and Rebels junior wing Donovan Williams to refer to him as one of the best five scorers he’s ever played with.

“Bryce has the ability to get his own shot, probably more so than most guys in the country,” Kruger said. “He can take and make tough shots. … We have to do a better job of putting him in those spots maybe earlier in games to get him in a little better rhythm.”

Kruger is utilizing Hamilton in a variety of roles, but Hamilton remains at his best in isolation. He’s isolated nine times this season, resulting in 11 points, per Synergy Sports Technology. Isolations are accounting for 14.1 percent of his offensive possessions, down from 19.5 in 2020-21.

At 6 feet, 4 inches and with a versatile offensive skill set, he can attack the basket and finish with layups or floaters. Or he can use his dribble to create separation for his jumper, making him a difficult cover for isolated defenders.

Hamilton is also spotting up on 25 percent of offensive possessions and has initiated half of UNLV’s pick-and-roll possessions as the primary ball-handler. That figure is up from 43.9 percent in 2020-21.

Kruger said that Hamilton has focused on improving in those situations since he announced his return to UNLV in June. That’s something Hamilton acknowledged, too.

“Just being able to read the bigs and the help side (defenders), just to see if players in the corners, see if their guy is going to help or not, seeing if the big is going to come,” Hamilton said. “Being able to make reads at right time.”

The task now for Hamilton is playing an efficient 40 minutes.

“Make no mistake, we challenge Bryce every day to get better. To do things he hasn’t been doing great, better. Just kind of change his mindset in those regards,” Kruger said. “Hopefully … that motor will start turning on a little quicker than just those last four minutes.”