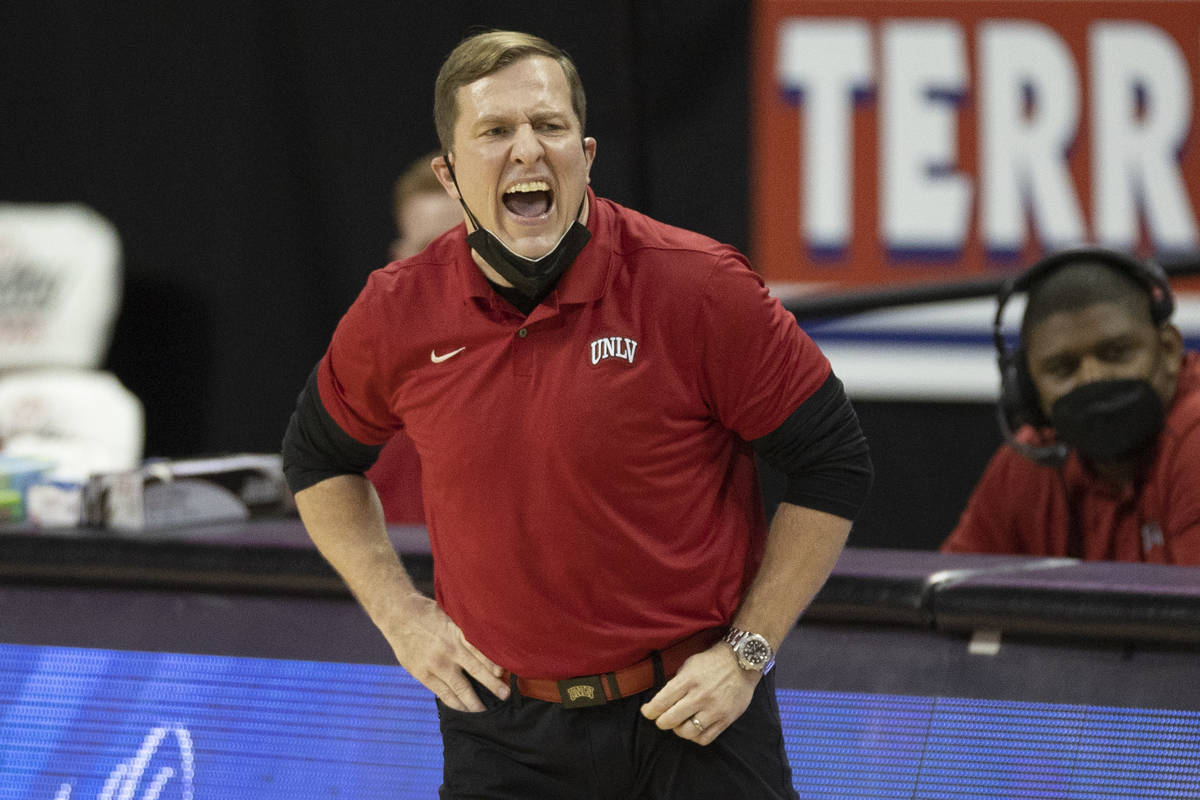 After a road victory over San Jose State Sunday afternoon, UNLV men’s basketball coach T.J. Otzelberger mentioned that “you don’t get style points this time (of the year) in league play.”

Not that the Rebels would have earned any, anyway.

UNLV (10-11, 7-7 Mountain West) had one of its worst offensive performances of the Mountain West season, but managed to escape Provident Credit Union Event Center in San Jose, California, with a 67-64 win. The Rebels struggled to move the ball against the Spartans (5-13, 3-13), who unveiled 2-3 and 1-3-1 zone defenses in addition to their man-to-man.

In turn, UNLV forced some contested shots and flat-out missed some open ones, creating an opportunity for San Jose State to mount a second-half rally. Spartans senior Richard Washington missed an open corner 3-pointer in the final seconds, though, that would have tied the game.

“We’re lucky and fortunate to come out with the win,” Otzelberger said.

Shooting struggles necessitated that the Rebels dominate the glass, and they worked their way to a 59-29 rebounding edge. Zone defenses tend to yield offensive rebounding opportunities, and UNLV secured 29 such boards that led to 20 second-chance points.

“The coaches emphasized to go to the glass in this series,” said Diong, who finished with 13 points and 13 rebounds. “Even if you don’t get it, tip it to our guards.”

Diong, who shot 6 of 9, was the only Rebels player to shoot better than 50 percent from the field.

“We’re overall a pretty good 3-point shooting team in most cases, and we’ve usually been a reasonable finishing team around the rim,” he said. “Today, that certainly wasn’t the case on either front.”

Slow down the star