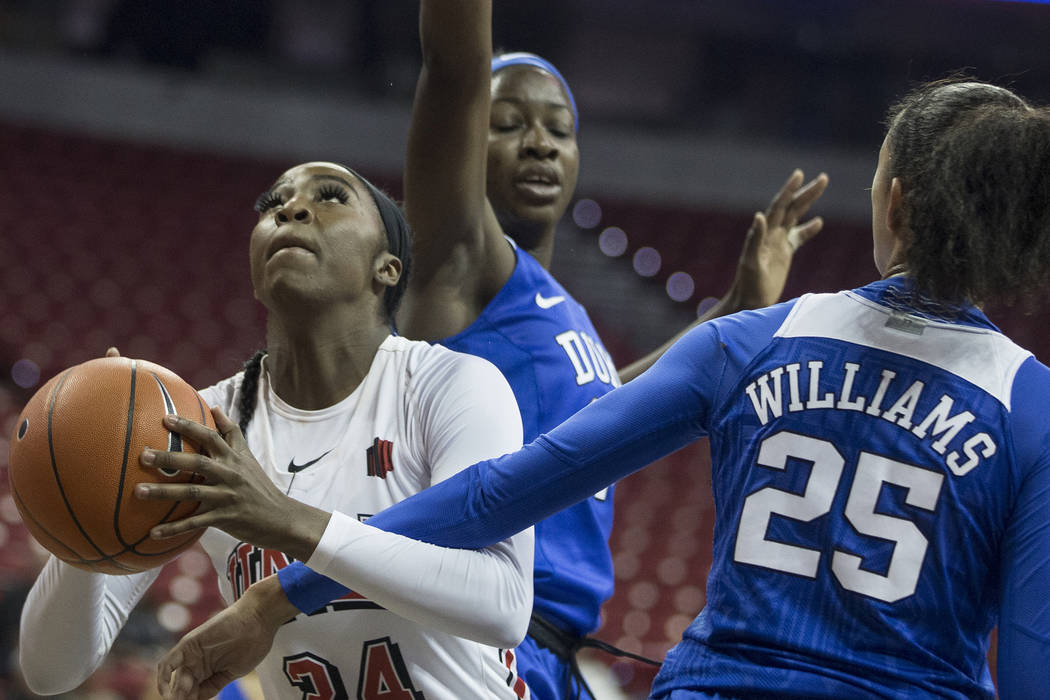 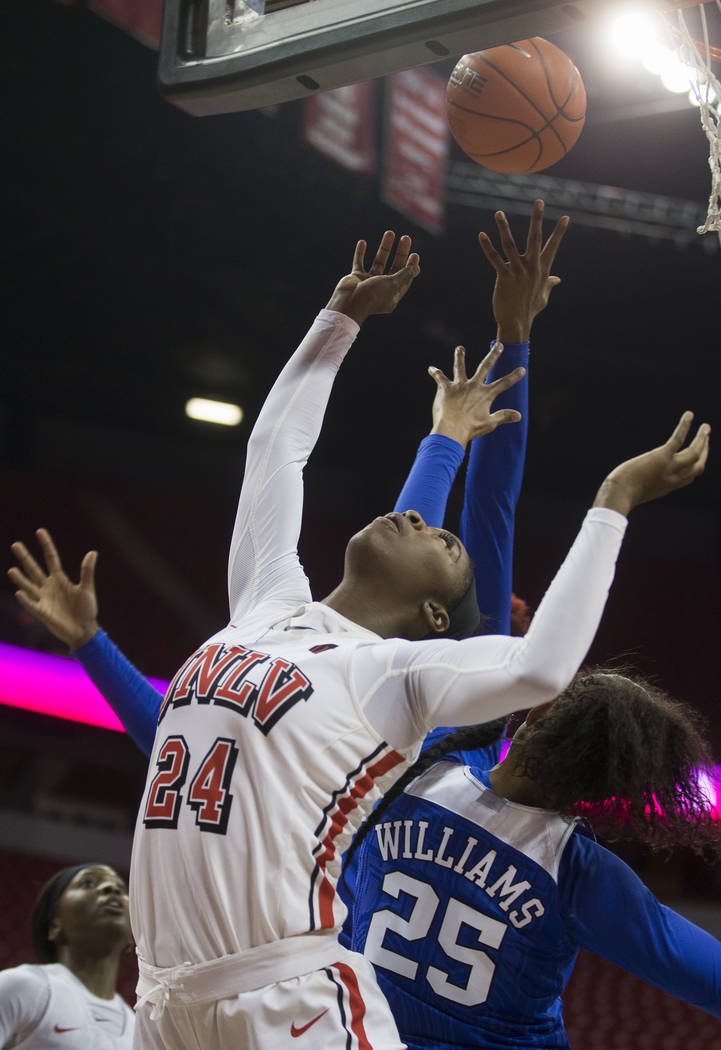 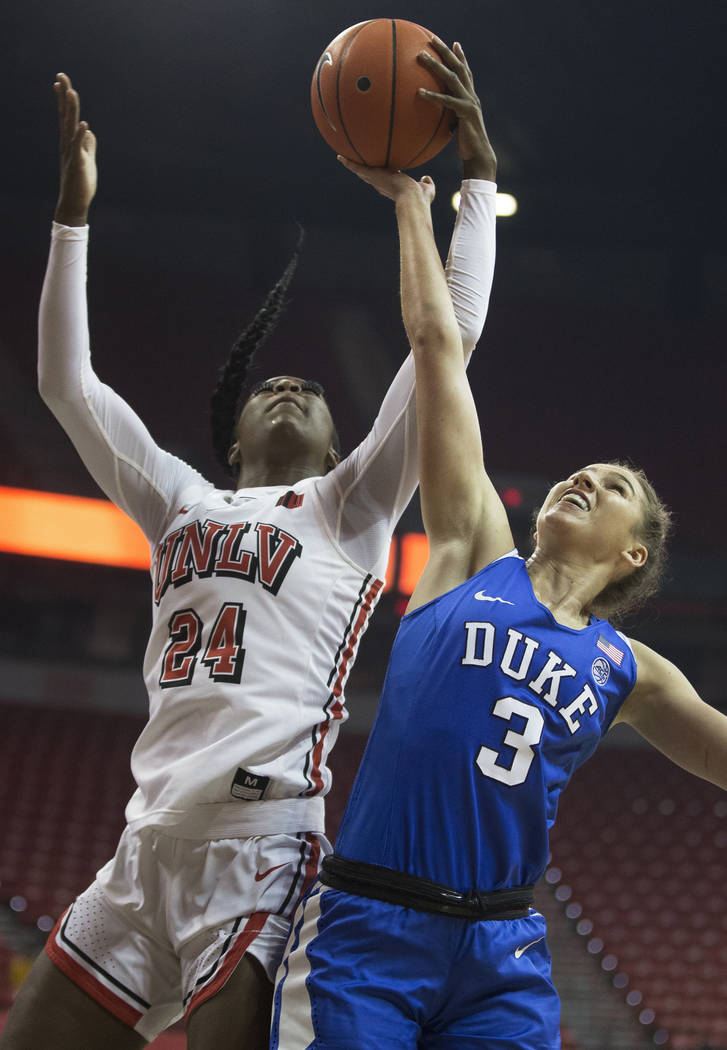 UNLV opened Mountain West play on a tear, winning six of seven games in January, and the Lady Rebels looked as if they might be a factor in conference play.

But after ending the regular season with six losses in their final seven games, the Lady Rebels need to find another spark as the conference tournament opens Sunday at the Thomas & Mack Center with three first-round games.

“We’re young, so the seniors have to show the way,” UNLV coach Kathy Olivier said. “They’ve been doing that all year. They have to make sure they are communicating that (leadership) in the locker room when (coaches are) not around and make sure they know it’s a new season. We’ll say that as coaches. We’ll make sure everyone realizes this is a new beginning.

“When we did that after the Christmas break, that’s when we got on our little bit of a run, and we felt really good about ourselves. We have to do that again. We know we’re capable. We can’t say we’re young anymore because it’s late in the season.”

The teams met in the regular-season finale Thursday at Cox Pavilion. UNLV took a 20-5 lead before San Jose State rallied with strong second and third quarters, outscoring the Lady Rebels 50-23 in a 76-63 victory.

“It’s going to be tough because we’re playing a team we just played, but I think tournaments are always tough,” Olivier said.

And so is any UNLV path to the conference tournament title.

San Jose State also won the first meeting, and the Spartans are one of the two teams to sweep UNLV. The other was top-seeded Fresno State (23-6, 16-2), which would be the probable opponent in Tuesday’s semifinals should the Lady Rebels beat San Jose State.

Olivier, however, pointed out the league was unpredictable throughout the season, and forecasting how the tournament will play out is difficult. She knows more chaos this week could work in her team’s favor.

“It’s anyone’s game who’s playing well at the time of the tournament,” Olivier said. “There are a lot of different teams that can step up at this time. It’s going to be a very competitive tournament.”

If UNLV is to make any kind of run, Rodjanae Wade will need to continue her strong play. She ended the regular season averaging a double-double with 15.1 points and 11.5 rebounds per game.

Her 20 double-doubles are third nationally, one behind co-leaders Ellie Harmeyer of Belmont and Unique Thompson of Auburn. Wade leads the nation with 5.5 offensive rebounds per game.

LaTecia Smith, who averages 12.9 points, is the only other Lady Rebel in double figures.

The drop-off is quite stark after that. Justice Ethridge is third in scoring at 6.8 points.

“Everyone needs to step up,” Olivier said. “It can’t just be one or two players. We have to have a good five or six, seven players step up.”