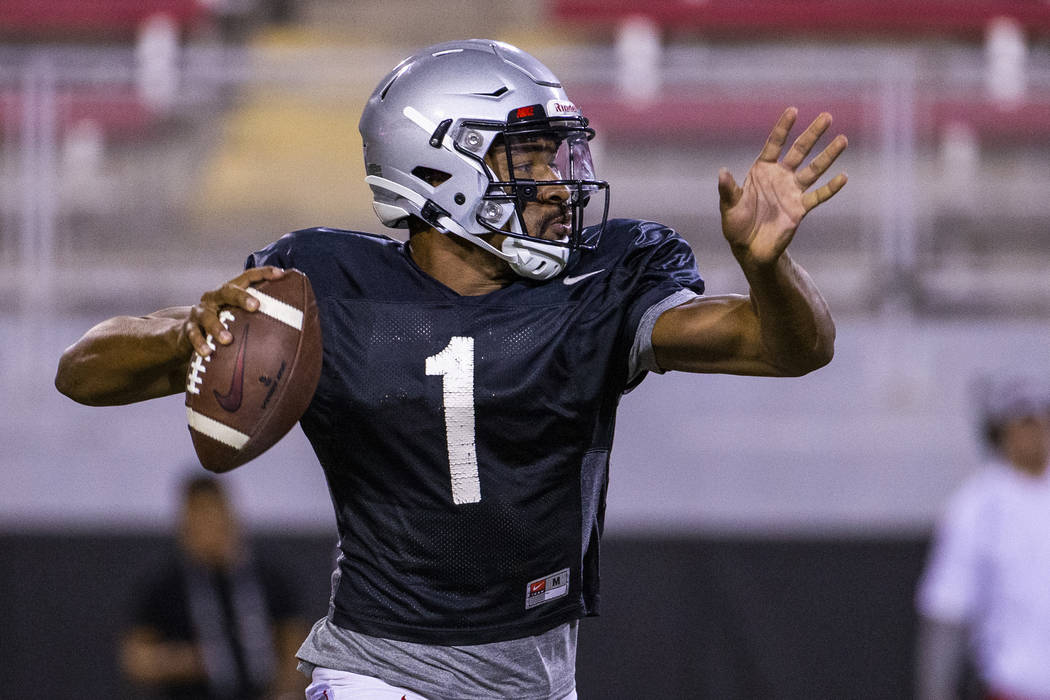 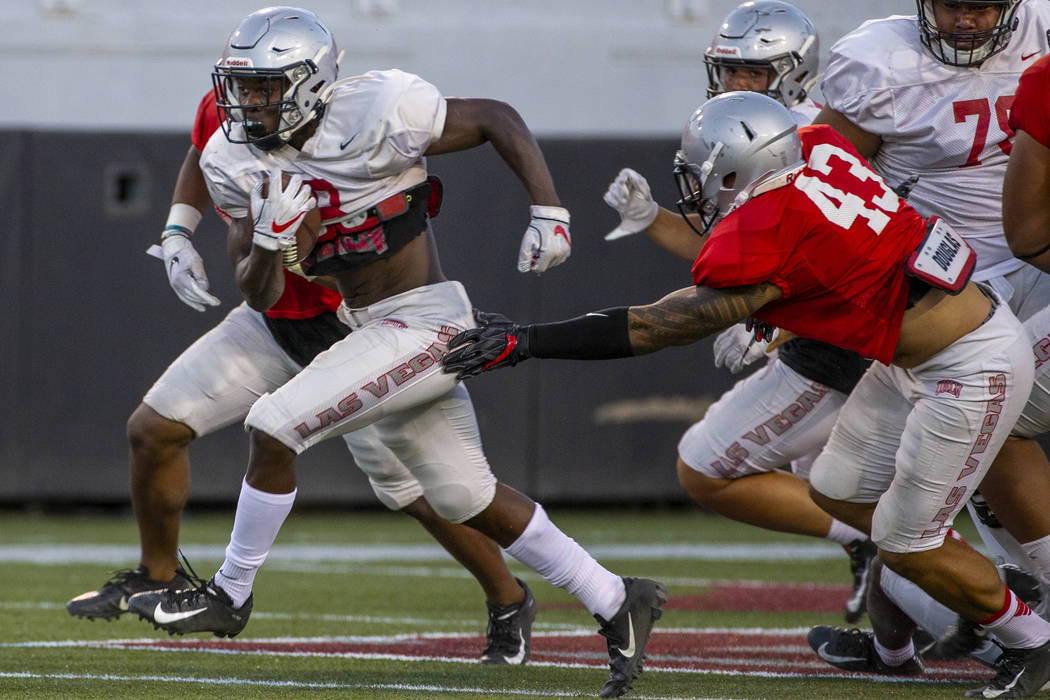 UNLV’s Armani Rogers has the ability to take over a game but needs to improve his consistency. This should be the right opportunity for him to shine. Southern Utah hasn’t announced its starter, but Chris Helbig has been running the first-team offense in practice, according to The Spectrum in St. George, Utah. He completed 64.8 percent of his passes last season for an average of 252.8 yards per game.

Charles Williams replaces Lexington Thomas, the Rebels’ second all-time leading rusher. But Williams beat out Thomas to open the 2017 season before suffering a season-ending ankle injury, and he was fantastic in this month’s training camp. The Thunderbirds suspended Jay Green, who last season rushed for 829 yards, for possibly breaking team rules.

The Rebels will put a deep and varied group on the field, and Southern California transfer and Desert Pines graduate Randal Grimes looks like he has the ability to earn All-Mountain West honors. Southern Utah is inexperienced, having lost four of its top five receivers from last season.

This is the deepest line the Rebels have had under fifth-year coach Tony Sanchez, and it’s a quality front that should open plenty of holes for Williams. Guard Justin Polu is an all-conference candidate. Southern Utah lost an FCS All-American in Marquez Tucker, but center Zach Larsen could claim similar honors this season.

Both teams could use improvement here, with Southern Utah giving up 269.6 yards rushing per game and the Rebels 186.6. UNLV will be without Gabe McCoy, who the NCAA ruled out for a game because he played some snaps while redshirting as a freshman in 2015.

This is the best set the Rebels have had since the early 2000s when UNLV was known for its linebackers. The Rebels also have enough depth to keep fresh bodies in throughout the game. Southern Utah middle linebacker Nela Otukolo originally committed to UNLV out of Bishop Gorman before signing with Fresno State and later transferring to Southern Utah.

Struggling on the back end is a familiar theme for both programs. UNLV gave up 267.6 yards passing per game and Southern Utah 271.5. Drew Tejchman’s full-time move to safety from wide receiver should benefit the Rebels after his strong play there late last season.

UNLV should be focused knowing the Thunderbirds came to Sam Boyd Stadium in 2011 and won 41-16. The Rebels also know they can’t give away any games if they want to make a bowl. That puts the pressure on UNLV. Southern Utah has nothing to lose.

Bruce Marshall (goldsheet.com): UNLV 49, Southern Utah 10 — Some of the memorable black eyes for the UNLV program over the past decade have come against the FCS level, including the embarrassment administered by Southern Utah over Bobby Hauck’s second edition in 2011 and, of course, the historic 43-40 loss to Howard two years ago. Yet the Sanchez-led Rebels have mostly taken care of business versus the FCS, including an 80-8 wipeout over Big Sky Idaho State in 2015. Plus, the T-Birds are coming off a 1-10 season in which they allowed almost 42 points per game. With a challenging slate ahead, there’s a good chance that Rogers and the offense will work out any kinks in the opener.