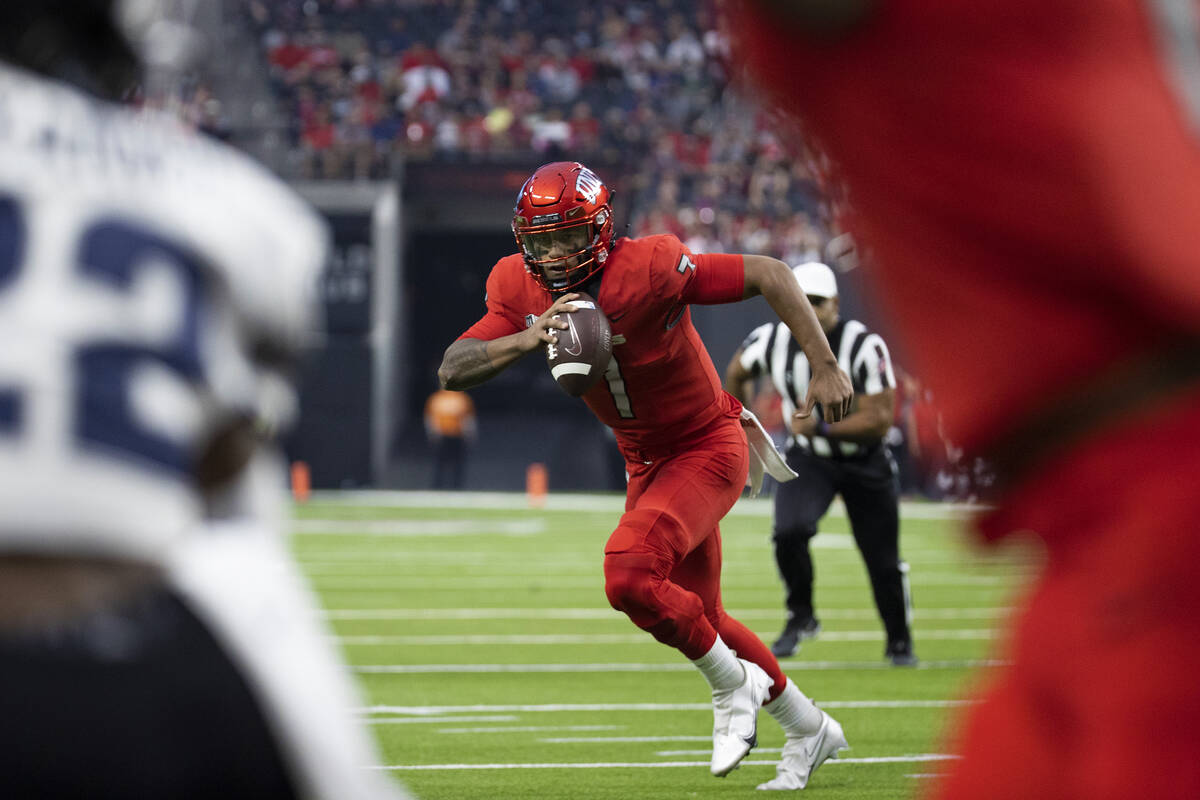 UNLV football coach Marcus Arroyo on Monday acknowledged one of the challenges he’s faced this season. That would be preparing three or four quarterbacks to play during any given week.

Freshman Cameron Friel left in the fourth quarter of the 28-24 home loss to Utah State, leaving junior Justin Rogers to lead the most crucial drives with little preparation.

Sophomore Doug Brumfield is still day to day, per Arroyo, with a nagging back injury he sustained last month in a 38-30 road loss to Fresno State.

Junior Tate Martell is finally healthy after dealing with an injury to his throwing hand and plantar fasciitis. But the afflictions prevented him from practicing throughout the course of the season and limited the effect that he’s had on the offense.

“They’re all still learning, too. It’s not like you’ve got a vet back there that’s been in the system for four years that can go out there and just knock the dust off,” Arroyo said. “You’ve just got to work through it and get as prepared as you can.”

That said, Arroyo remains optimistic that Friel can play Thursday against San Jose State — even if Brumfield can’t. The Rebels are going to be cautious with his back, given the tricky nature of the injury.

But Friel’s tweaked knee seems manageable, and Arroyo said they believe he can get back to full speed before Thursday’s game at Allegiant Stadium.

Rogers and Martell shared the repetitions in practice on Sunday.

“Cam was still pretty sore. Justin and Tate were the guys who take the load,” Arroyo said. “The more Tate feels comfortable with, the more we plan to put on him.”