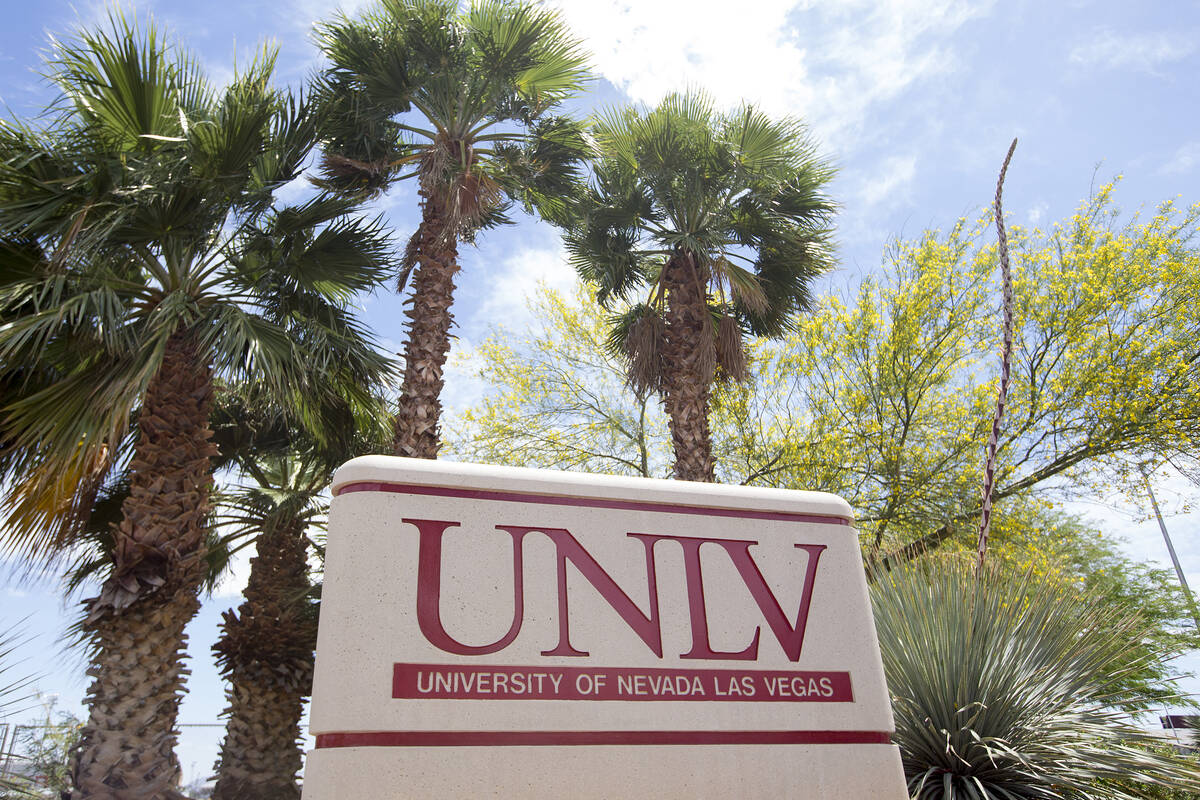 A UNLV sign at the intersection of Harmon Avenue and Swenson Street in Las Vegas. (Las Vegas Review-Journal)

The Rebels placed first among Division 1A schools in the hip-hop and game day dance competitions.

Video uploaded to YouTube showed the troupe performing a choreographed routine to a remix of Dr. Dre’s “Forgot About Dre” to deafening cheers from the crowd assembled in Florida. As of Monday afternoon, the video had amassed more than 24,000 views in less than 24 hours.

The Rebels also placed first for their gameday dance routine, which gave a nod to their hometown with a routine set in part to Elvis Presley’s “Viva Las Vegas.”

The team’s win in Florida comes eight months after it also claimed first place at the 2022 International Cheer Union World Championship title in Orlando in the hip-hop category, the first co-ed National Premier Hip-Hop Team to represent the United States.

Watch video of the Rebels’ award-winning hip-hop and gameday routines from this weekend in Florida above and below: