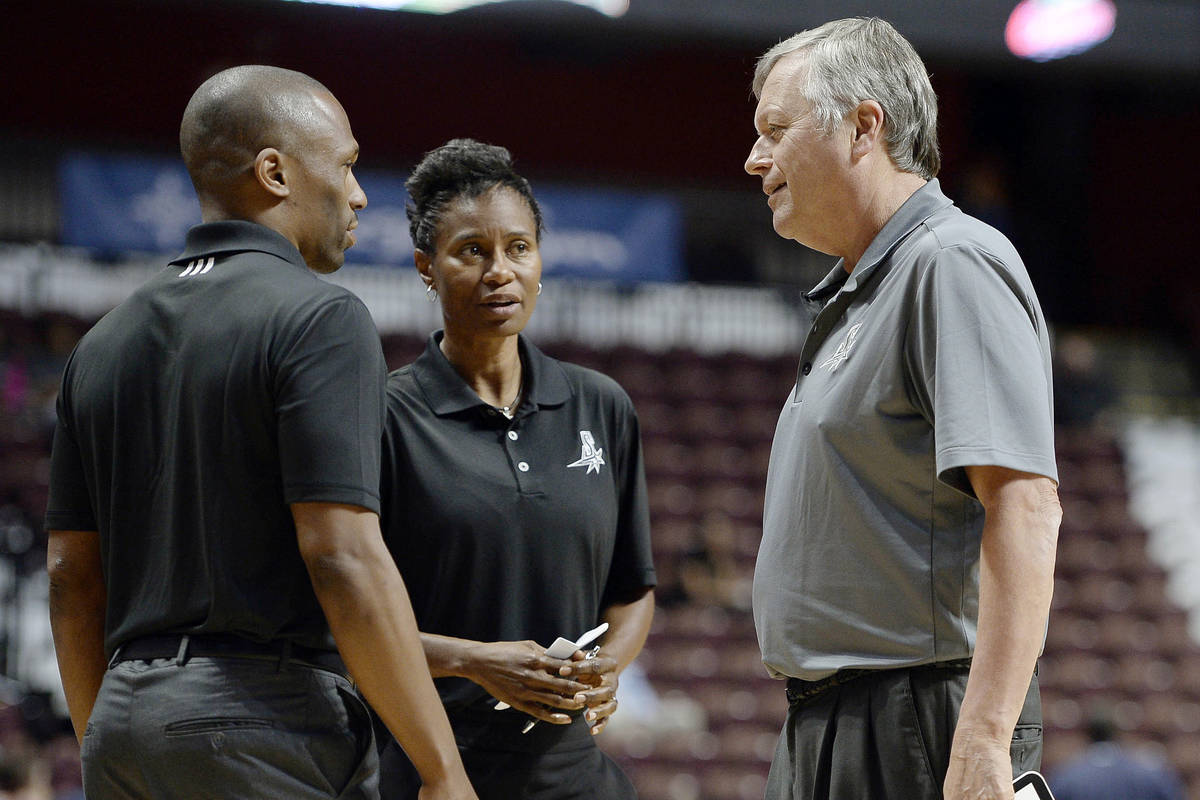 FILE - In this May 4, 2016 file photo, San Antonio Stars coach Dan Hughes talks with assistant coaches James Wade, left, and Vickie Johnson, center, during the first half of the team's WNBA basketball exhibition game against the Atlanta Dream in Uncasville, Conn. Vickie Johnson has agreed in principle to be the next coach of the Dallas Wings, said a person familiar with the situation. The person spoke to The Associated Press Thursday, Dec. 3, 2020 on condition of anonymity to the AP because the no announcement of Johnson’s hiring has been made. (AP Photo/Jessica Hill, File)

Johnson has been an assistant for the Las Vegas Aces after serving as the team’s head coach for the franchise’s final season in San Antonio in 2017.

The person spoke to The Associated Press Thursday on condition of anonymity to the AP because no announcement of Johnson’s hiring has been made.

Johnson would be the league’s only current Black female head coach. She replaces Brian Agler, who was fired in October after the team missed the playoffs.

Greg Bibb, president and CEO of the Wings, told the AP when Agler was let go that he would like to hire a former player.

“At the end of the day we’ll hire the candidate that’s best qualified to lead our team,” he said. “As far as relatability, the best way is to find a coach who has walked in the same shoes that the players have walked in.”

The Athletic first reported the hire.

Johnson was a two-time All-Star after being drafted 12th by the New York Liberty in 1997. She played with New York and then San Antonio before becoming an assistant coach for the Stars in 2011.

Dallas has a strong young nucleus in place led by Arike Ogunbowale, who was the WNBA leading scorer this past season at 22.8 points per game. The Wings also got strong contributions from rookie Satou Sabally, who averaged 13.9 points and 7.8 rebounds. She missed six games with a back issue and a concussion.

The Wings are in the draft lottery Friday and have the third-best chance to get the No. 1 pick. 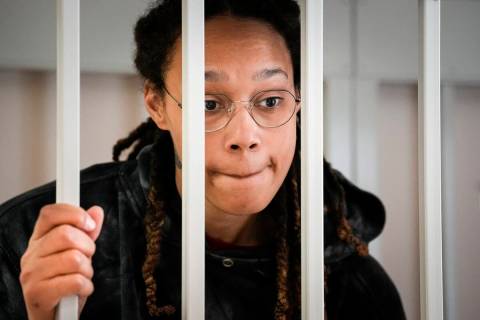 Her arrest came at a time of heightened tensions between Moscow and Washington, just days before Russia sent troops into Ukraine.