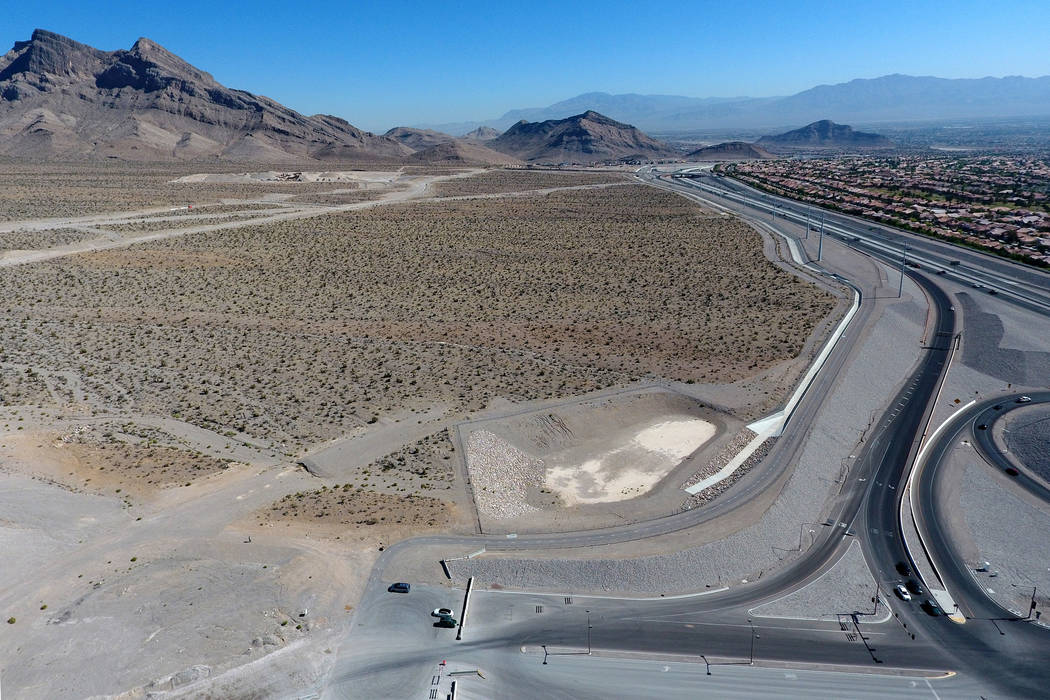 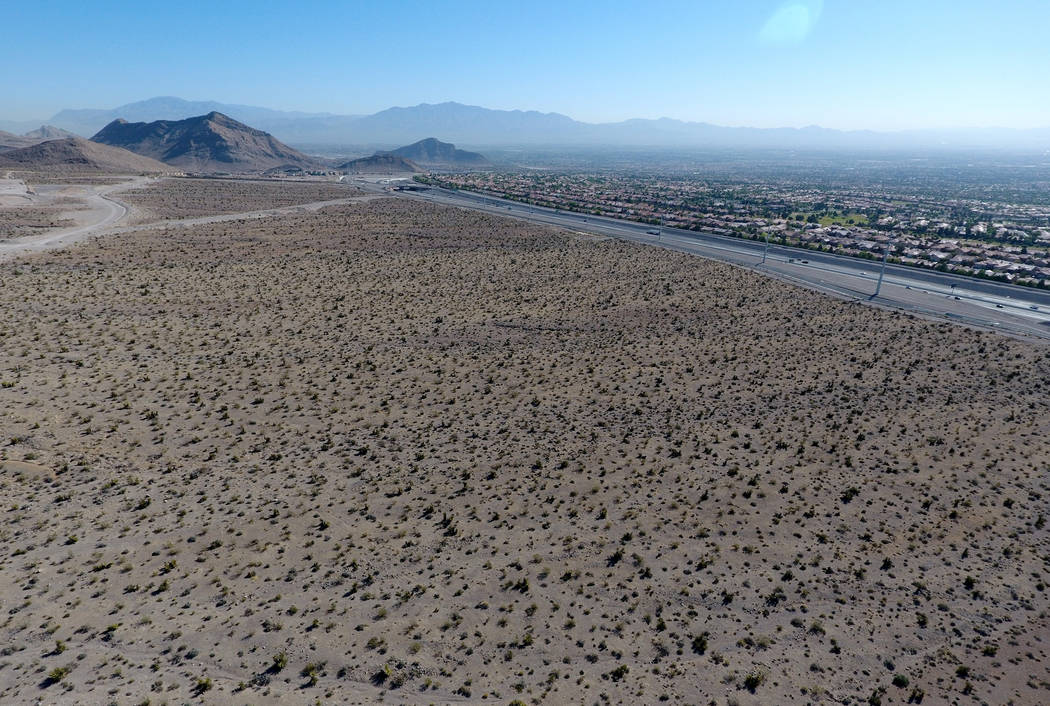 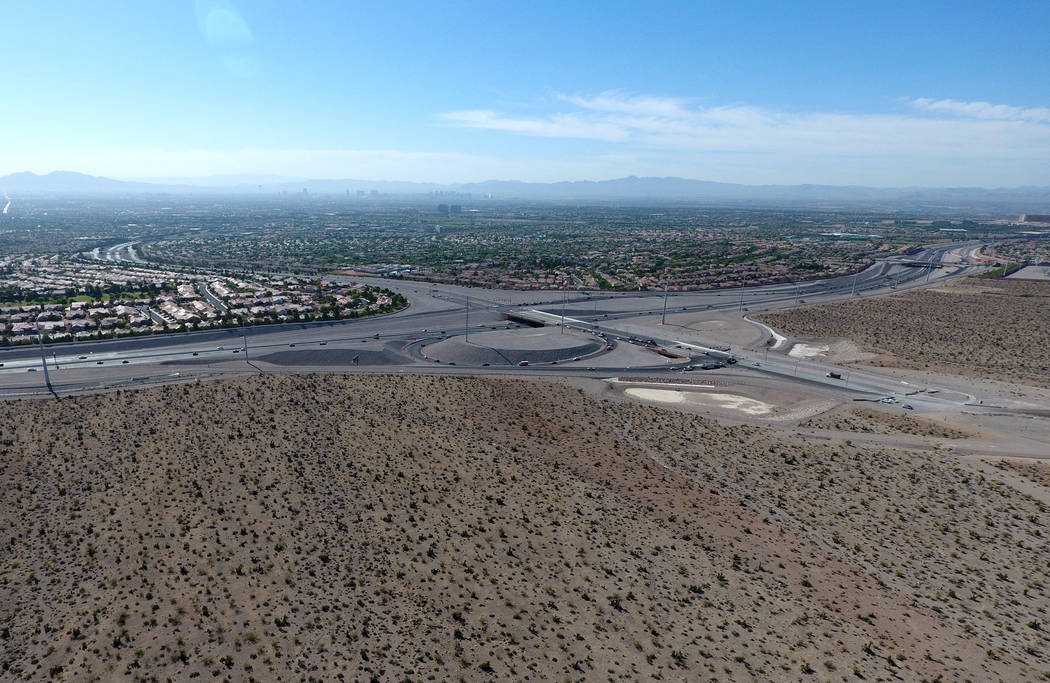 Summerlin is one of the most popular places to live in Las Vegas, and as any homebuilder can tell you, buying land there isn’t cheap.

But if Amazon wanted to open a second headquarters there, the online retail giant could have had 100 acres — for free. 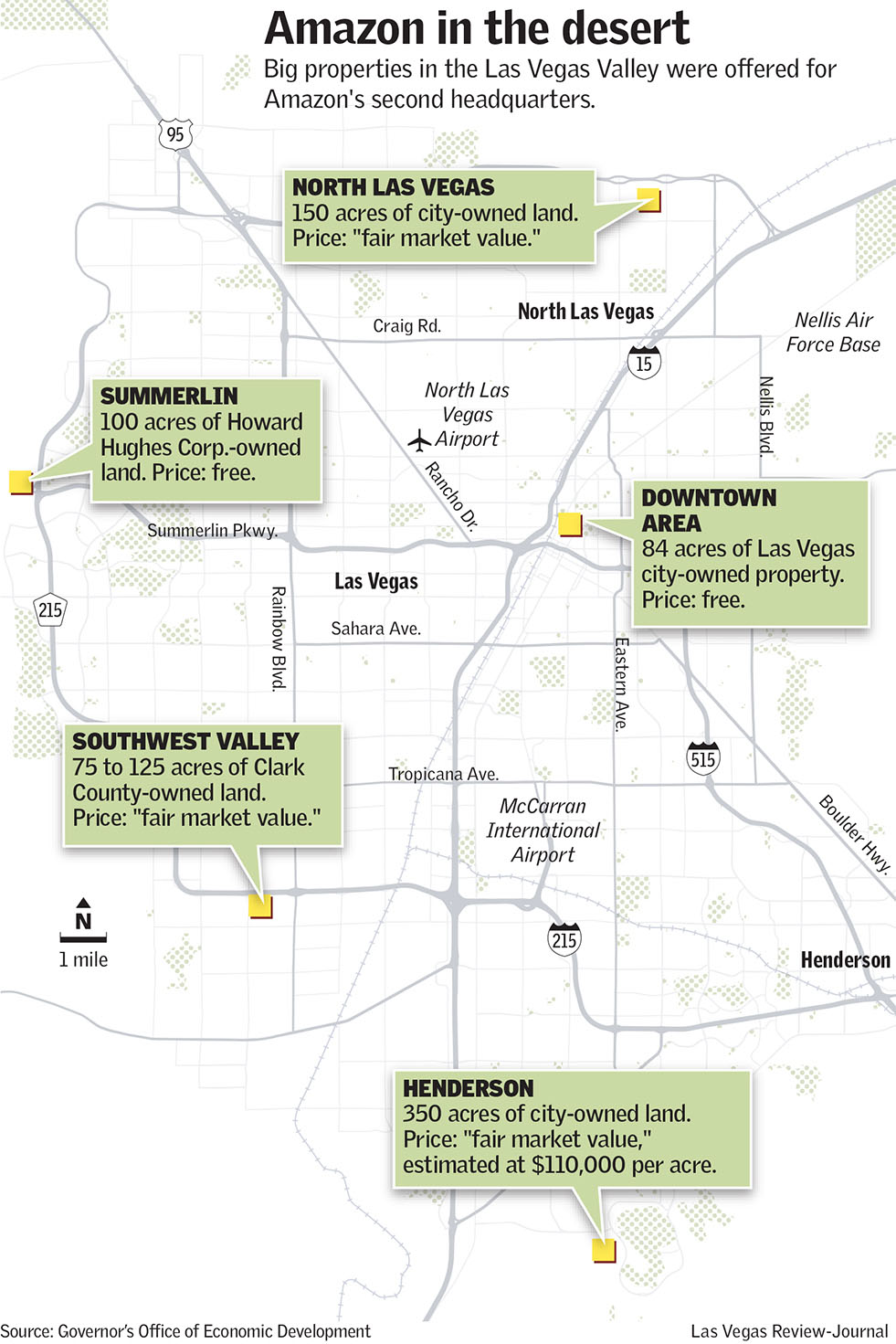 The property was one of five sites in the valley that were offered to Seattle-based Amazon for a new corporate campus, newly released state documents show. Amazon launched a bidding war among cities and regions throughout North America for its “HQ2” project and, ultimately, passed on Southern Nevada when picking its 20 finalists.

Still, the proposal shows the lengths to which government officials and Summerlin’s developer were willing to go to lure the company here — and how the prospect of free land and $800 million in incentives wasn’t nearly enough.

“Every city in the country wanted to land these guys,” Summerlin president Kevin Orrock said.

Amazon had requested that submissions be confidential but notified GOED on May 16 — four months after unveiling the finalists — that it would waive the right to keep the entry private, GOED spokesman Brian Baluta said.

Southern Nevada may have been doomed from the start, given its lower-than-average share of college-educated residents, limited mass transit and party-town image. But the 146-page proposal touted, among other things, Las Vegas’ tourism industry and population growth, and the state’s employer-friendly laws.

“Nevada imposes relatively few regulations that interfere with business operations, including those that mandate employee leave, compensation and benefits,” it says.

It also outlined the places in town — mostly big tracts of vacant land in the suburbs — where Amazon could build its $5 billion, 50,000-employee campus. Or, at least, could have.

The Summerlin and Las Vegas sites were offered for free. The others were offered at “fair market value,” and Henderson’s land had the only estimate, of $110,000 per acre.

The proposal also said that Amazon’s project, as envisioned, would qualify for about “$800 million in state and local tax incentives.”

Amazon earned $3 billion in profit last year and its founder and CEO, Jeff Bezos, is worth almost $140 billion.

No other project proposals have been made in recent years for the North Las Vegas and Henderson sites, city spokeswomen said. With the county property, “smaller projects are beginning to trickle in,” a spokesman said.

Bill Arent, Las Vegas’ economic and urban development director, said the city acquired its served-up site at “almost no cost,” enabling the free offer. He also said city officials figured Amazon preferred an urban campus, given where the company has other locations.

Outside the Strip, Summerlin has some of the most expensive land in the valley, with Howard Hughes selling residential tracts last year for an average of $584,000 per acre. But the Amazon giveaway might have paid off, Land Advisors Organization broker Rick Hildreth said, given the project’s potential impact on land sales and prices, and its ability to lure other companies to a region light on big office users.

Summerlin’s Orrock said local officials had to pull out “all the stops” to get Amazon, including offering free land that would otherwise sell at a high price.

“You had to get very aggressive on this deal,” he said. “You knew everyone else was going to do it.”