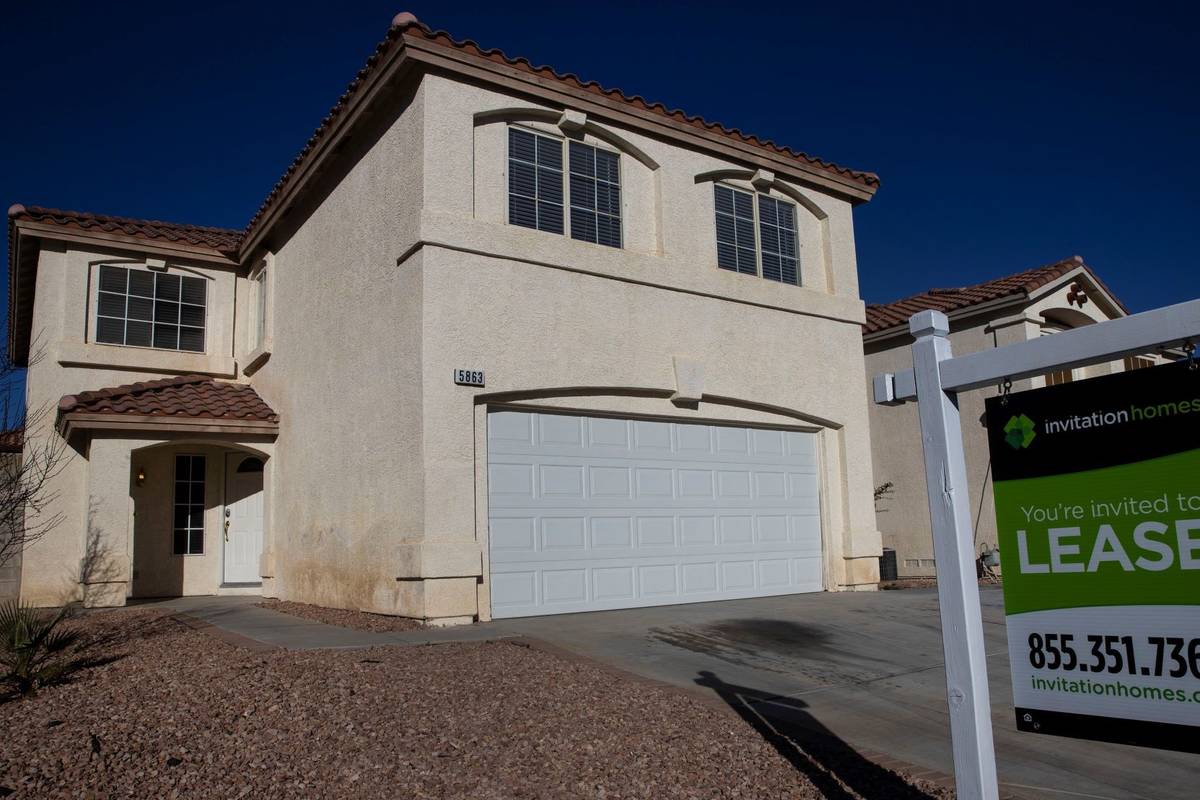 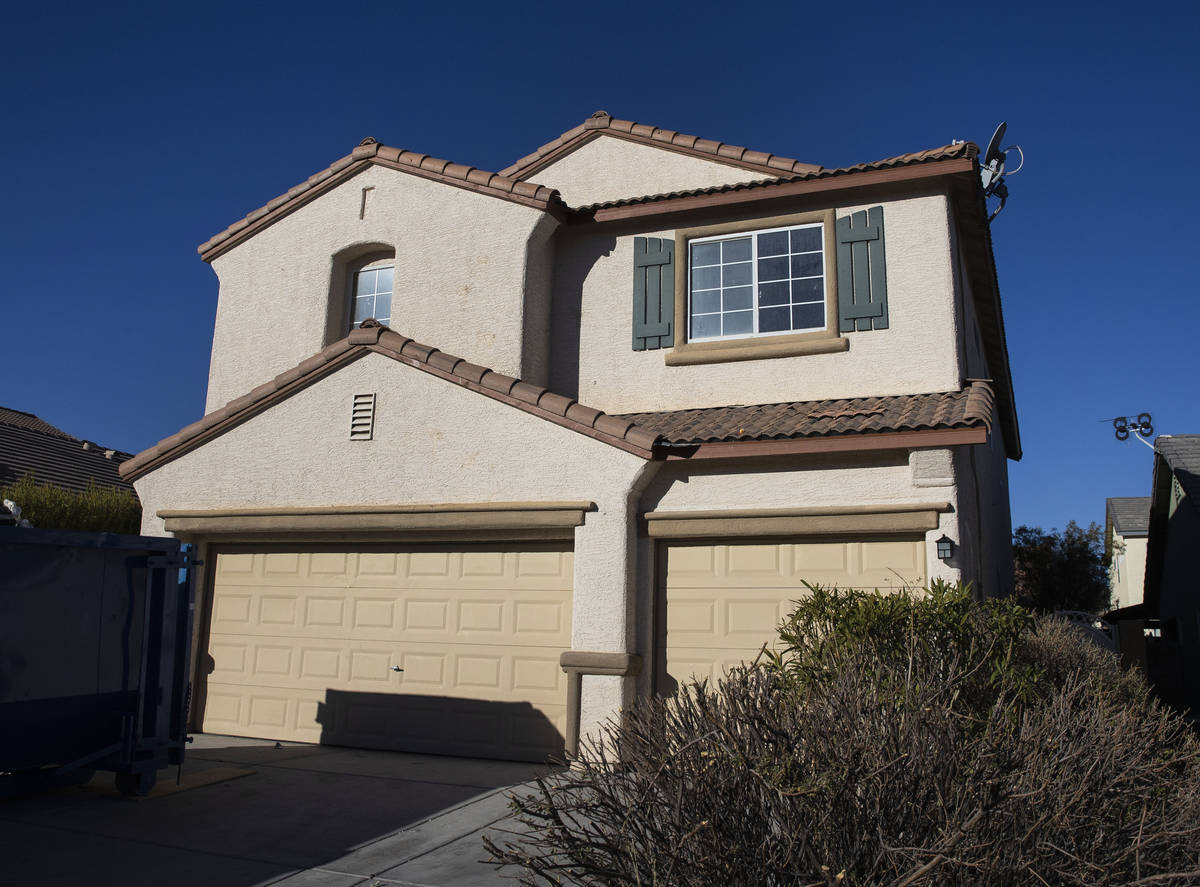 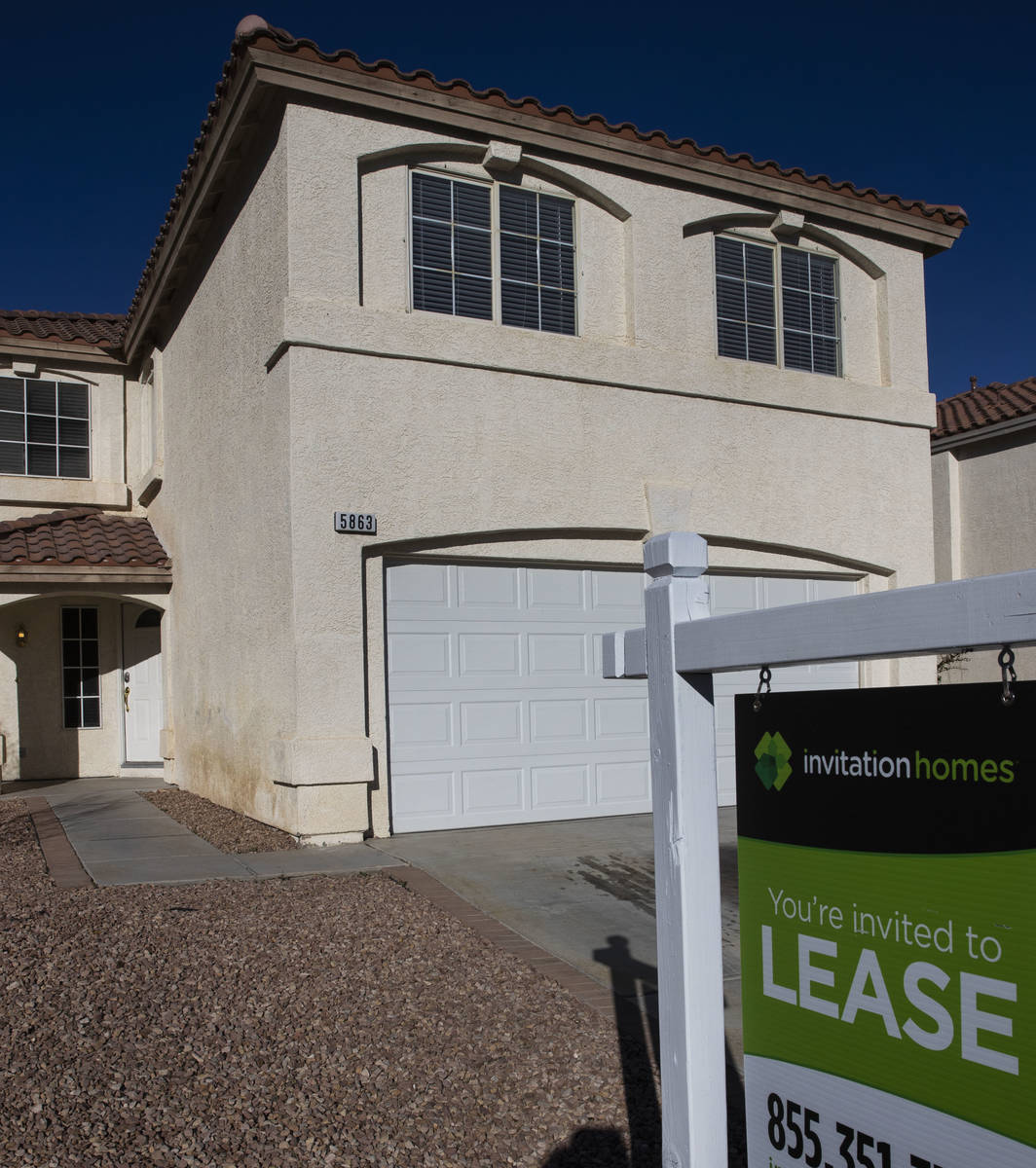 Like other industries, Las Vegas’ rental market has faced turmoil and plenty of questions during the coronavirus pandemic.

Many people have tapped unemployment benefits, assistance programs and stimulus funds to pay rent on their home, and Gov. Steve Sisolak has blocked landlords from evicting tenants amid huge job losses and the raging public health crisis, though renters were not given a green light to live for free.

But if one company’s results indicate anything, Las Vegas is not seeing an exodus of tenants from rental houses, and rents are on the rise.

Invitation Homes, a dominant landlord of single-family houses in Southern Nevada and other markets, reported its average occupancy in the Las Vegas area last year was 96.2 percent, up from 94.7 percent in 2019, and its average monthly rent here was $1,697, up from $1,608.

‘Held up rather well’

Blanchard, a former broker with Renters Warehouse, noted that rents are up, occupancy is high, and developers have built some tracts of rental houses.

There’s also the issue of rent collections. Invitation says its pre-pandemic collection rate averaged 99 percent and in the fourth quarter last year was 96 percent — a drop, but not a drastic one.

It does not disclose collection rates by city, though I wouldn’t be surprised if it’s lower than average in Las Vegas, given the valley’s especially severe economic pain.

Southern Nevada’s casino-heavy economy has been devastated by the pandemic, which has kept people home and away from crowds for fear of getting infected. Tourism has plunged, convention centers have gone dark, and some casinos remain closed, despite being allowed to reopen in June after more than two months on state-ordered lockdown.

Las Vegas’ jobless rate has improved since the early chaos of the pandemic, but it was still 10.4 percent in December, highest in the nation among large metro areas, federal officials reported.

Dallas-based Invitation told me it doesn’t provide data on the share of its Las Vegas-area tenants who lost their jobs during the pandemic or provide detailed market plans for buying and selling homes.

But, it said, the company is “on a path for growth because of the huge demand for our product.”

Las Vegas’ single-family rental market grew rapidly after the real estate bubble burst and broader economy tanked a decade or so ago, as bargain-hunting investors swooped in to buy cheap homes in bulk.

It was a ripe time for rental investors, especially in Las Vegas, ground zero for America’s housing boom and bust. Home values had plunged, and widespread foreclosures, short sales and bankruptcies had made it all but impossible for many people to buy a place.

The big buyers included New York investment powerhouse The Blackstone Group, which formed Invitation in 2012 for its rental housing venture. Invitation owned more than 80,000 rental houses nationally by the end of last year, including just over 3,000 in the Las Vegas area, according to a securities filing.

Other major landlords include American Homes 4 Rent, which boasted more than 50,000 houses at year’s end, including more than 1,100 in Las Vegas.

The Calabasas, California-based company told me it doesn’t disclose collection rates by city, but overall, “collections continue to remain resilient throughout the pandemic,” having received 96.7 percent of fourth-quarter billings.

Of course, it’s anyone’s guess what Las Vegas’ economy will look like this year, even if the pandemic is stamped out, and the valley’s housing market can be volatile even under normal circumstances.

But if people keep moving here — which, if the last several decades are any indication, they will — don’t expect For Rent signs to disappear from Las Vegas’ front yards anytime soon.