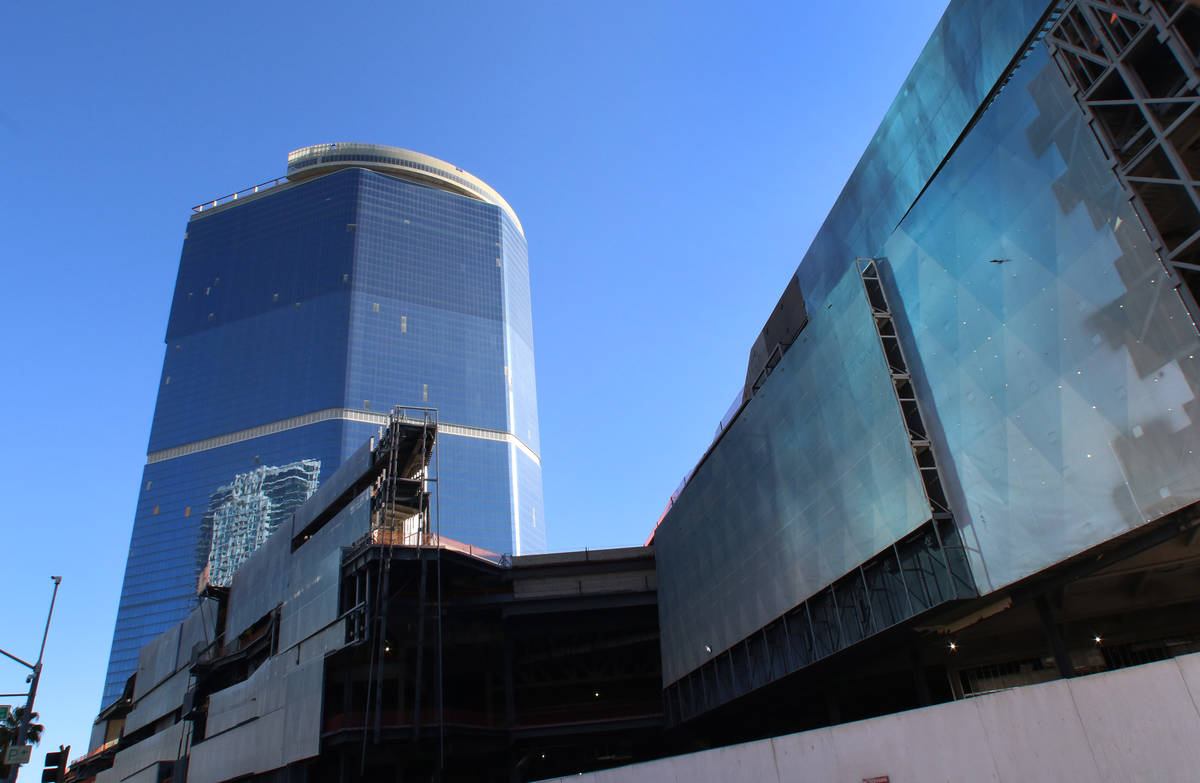 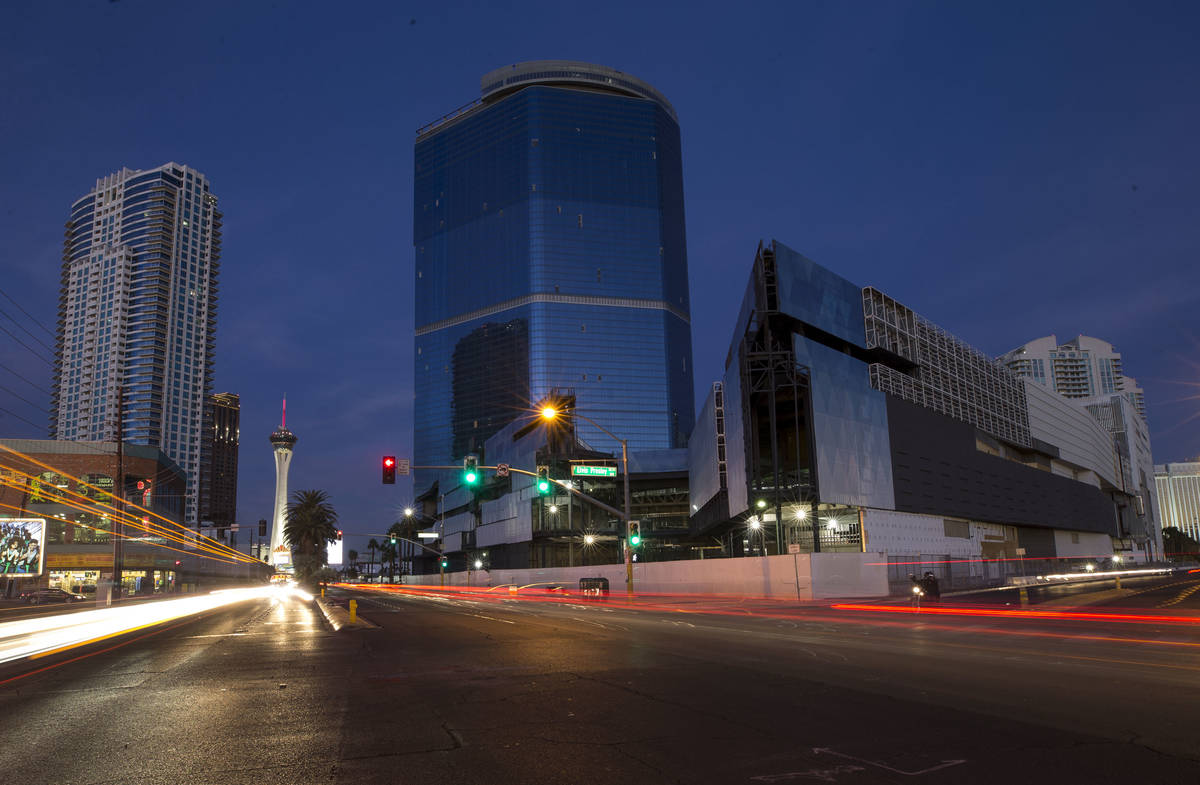 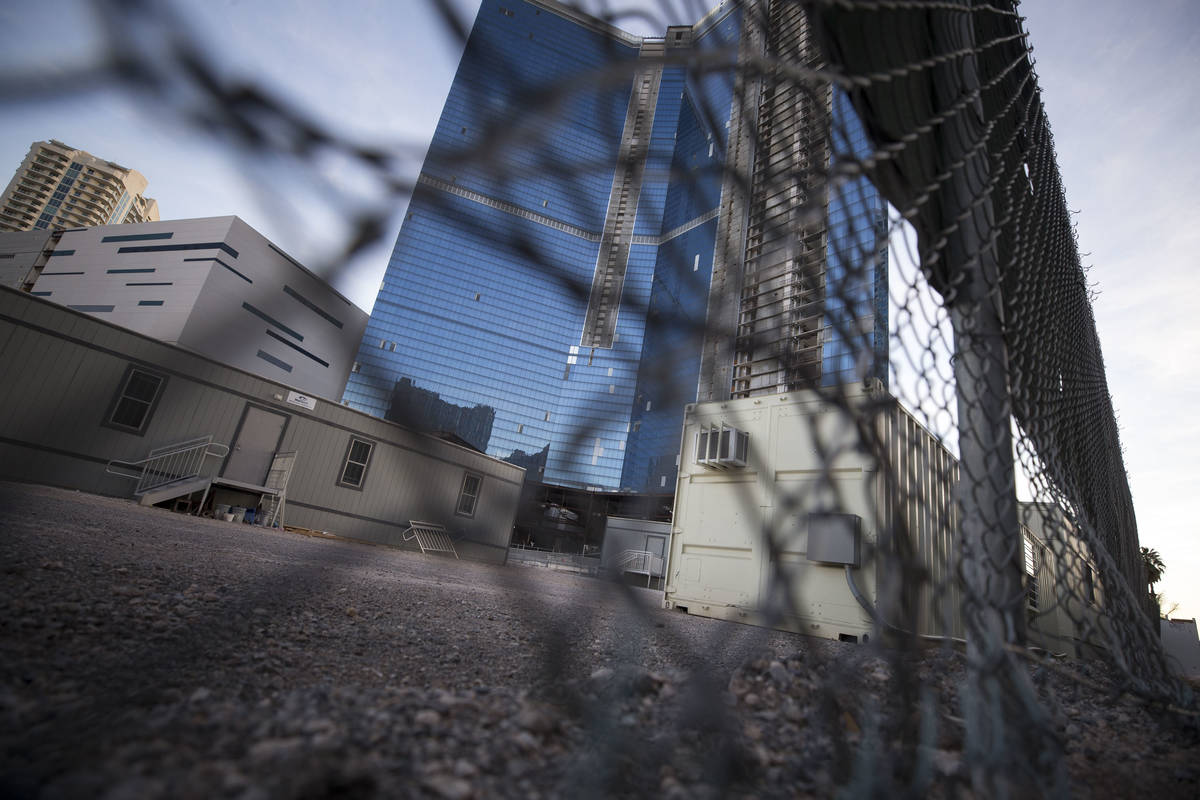 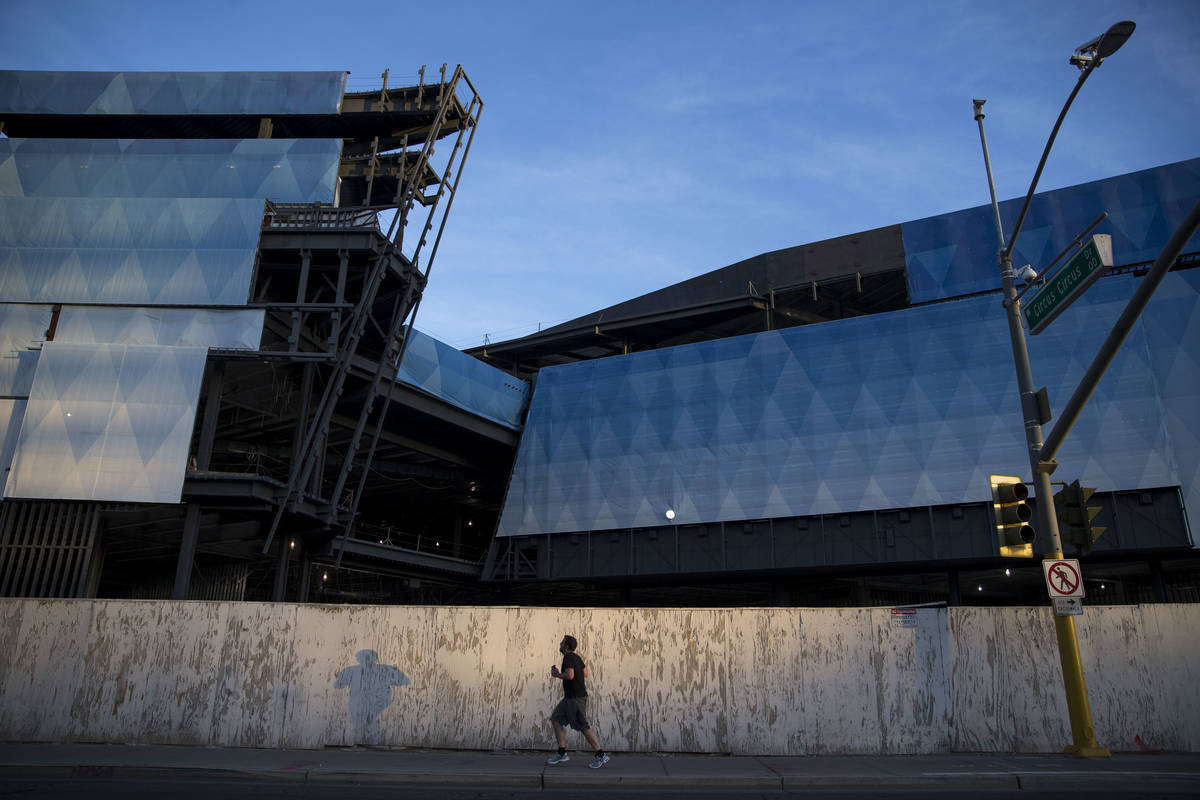 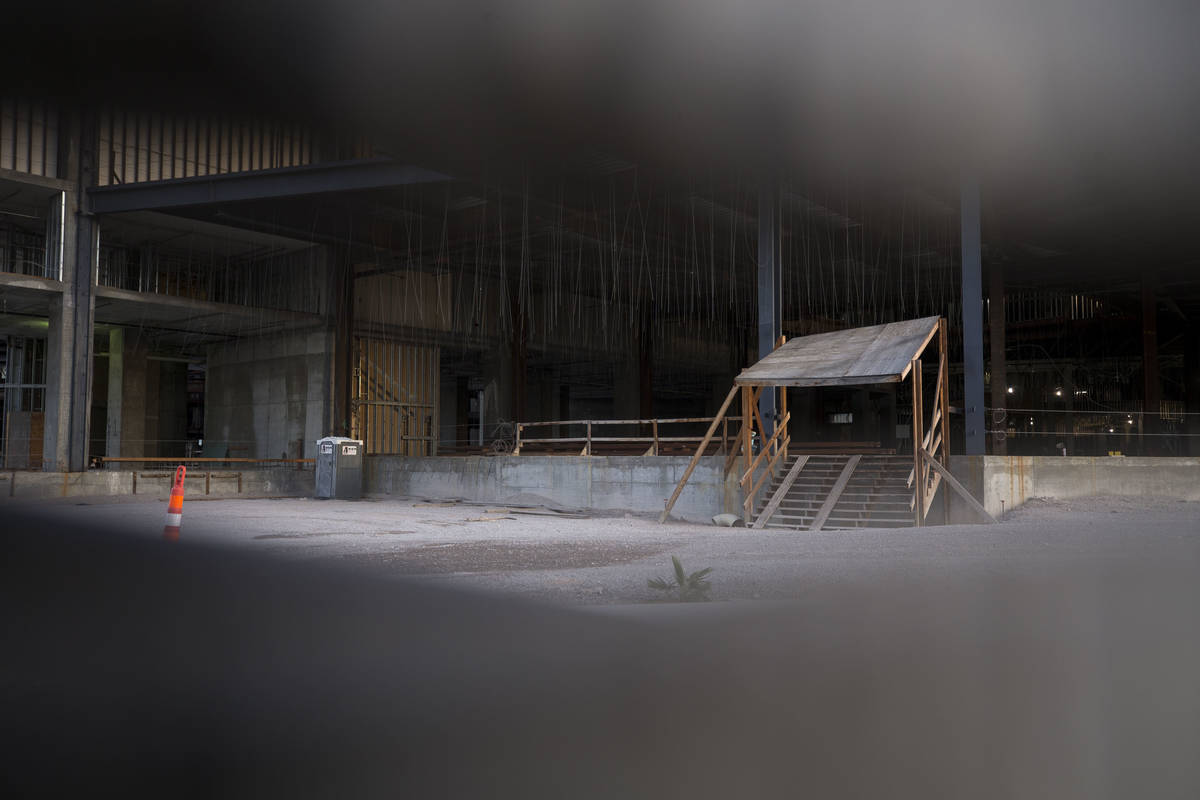 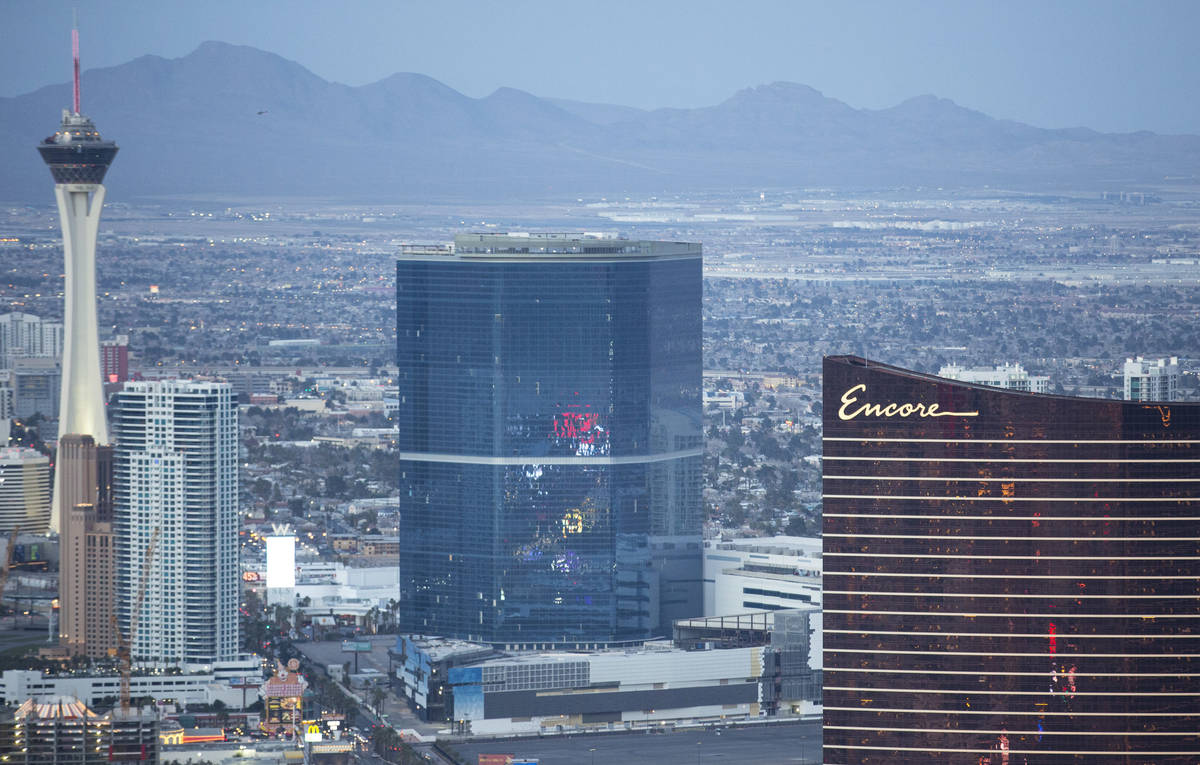 For more than a decade, Las Vegas’ big blue tower could not catch a break.

Soaring above the north Strip, the Fontainebleau was supposed to open in 2009 — but the megaresort project instead went bankrupt that year after the economy crashed.

A developer later bought the mothballed skyscraper, renamed it and set out to finish it — but he shelved construction last year as the coronavirus pandemic sparked sweeping shutdowns and other chaos, and afterward, the project faced liens and litigation.

Today, the blue-tinted high-rise remains an unfinished eyesore and constant reminder of Las Vegas’ economic implosions. But in a stunning full-circle moment, its old developer has reacquired the property, raising the prospects, yet again, that the long-stalled hotel-casino project will finally, actually open.

The real estate wing of conglomerate Koch Industries teamed with Florida developer Jeffrey Soffer to acquire the unfinished Drew Las Vegas property on the Strip, according to a news release Thursday. Terms were not disclosed.

Soffer was part of the group that originally built the 60-plus-story resort during the frenzied mid-2000s bubble. It was one of many super- sized developments in Las Vegas during that era and one of many mothballed projects to blight the valley after the bubble burst.

But unlike other aborted projects in town that were bought and finished, this one remains stuck in time.

No word on name, opening date

The new owners did not release details Thursday on their plans for the site, including whether they will change the name back to the Fontainebleau or when they expect to resume construction.

A representative for Soffer’s firm, Fontainebleau Development, told me Friday that it does not have any additional information to share at this time.

Efforts to get a comment Friday from Koch Industries, led by billionaire political megadonor Charles Koch, were unsuccessful.

The project’s previous owner, developer Steve Witkoff, acquired the Fontainebleau in 2017 for $600 million. When he announced its new name the next year, he also unveiled plans with hotel giant Marriott International to bring the Edition brand and the Strip’s first JW Marriott to the Drew.

Marriott spokeswoman Elynsey Price told me Friday that while the property has new owners, “nothing has changed with respect to our role in this project.”

“Marriott remains the hotel operator and we have two brands — the Edition and the JW Marriott — that are a part of this resort and casino complex,” she said in an email.

Plans for the Fontainebleau were unveiled in 2005. The project, led by Soffer and former Las Vegas casino executive Glenn Schaeffer, was named after the 1950s-era Fontainebleau hotel in Miami Beach, which Soffer had agreed to buy months earlier.

They broke ground in 2007. But the real estate market soon crashed, the economy spiraled, and billionaire Carl Icahn bought the mothballed project in 2010 for around $150 million.

He sold it for quadruple his purchase price to Witkoff and Miami real estate firm New Valley, a subsidiary of cigarette maker the Vector Group.

Witkoff told me early last year that he was close to obtaining a roughly $2 billion construction loan for the project. But in March, as Las Vegas rapidly shut down over fears of the coronavirus outbreak, he shelved construction.

Don’t count on the resort to open anytime soon. It still needs plenty of construction work, and even if the new owners were able to finish it right away, the tourism industry remains badly battered by the pandemic as Las Vegas grapples with sharp drops in visitor levels.

But the pandemic will end at some point — and one day, even the Fontainebleau could open.