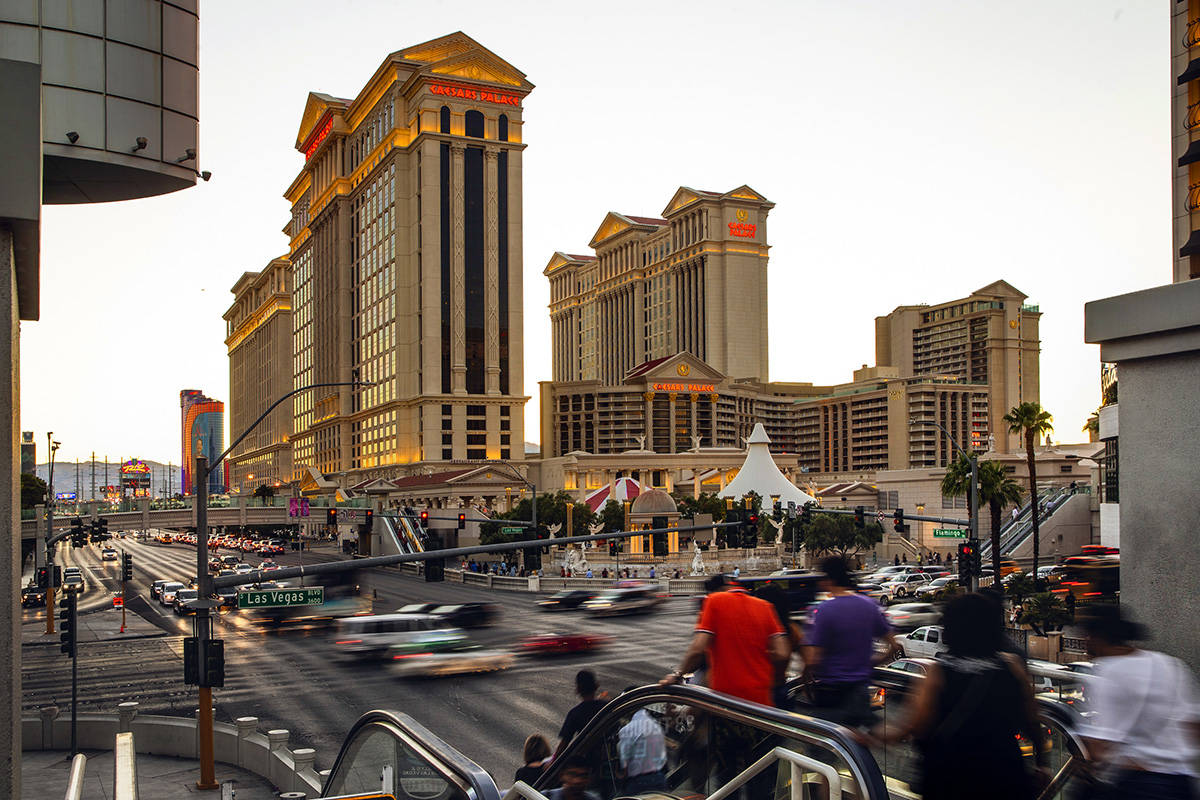 As thousands of furloughed or laid off Caesars workers worry about making ends meet, five company executives are set to receive pay raises.

Members of the company’s board of directors approved the raises Wednesday, according to documents filed with the Securities and Exchange Commission.

Company spokespeople did not respond to a request for comment.

CEO Tom Reeg’s approved base salary jumped to $2 million after the company closed a $17.3 billion acquisition of Caesars Entertainment Corp. earlier this month.

His base salary as the CEO of the now-defunct Eldorado Resorts Inc. in 2019 was 25 percent lower at $1.6 million, according to the SEC filings.

Base salaries, bonus opportunities and incentive opportunities for a number of Caesars officers were adjusted “to reflect the increased roles and responsibilities of the named executive officers going forward,” according to a Friday SEC filing.

It’s possible the adjustments had been laid out in the original merger agreement, said Brendan Bussmann, director of government affairs for Global Market Advisors LLC.

“A lot of this was agreed to, probably, before the pandemic hit,” he said, noting that the deal had been expected to close in the first quarter.

But either way, the optics aren’t great, said Toni Repetti, an associate professor at UNLV’s College of Hospitality.

“Had it not been the times we are in now, I am not sure anyone would think this is out of line,” she said. “Unfortunately, this deal is coming down at the same time as COVID, and in times like this when they are cutting jobs … it looks bad.”

She added that a lot of unknown variables could have played into the adjustments.

The raises might have been an incentive to keep executives on board as the acquisition was pending, she said, or to make sure they stay with the company once the deal closes.

“When there are mergers or acquisitions, there is fear that until it closes, you may lose top employees, and they are needed to continue the current organization,” she said.

The salary adjustments at Caesars come as much of its workforce face either furloughs or layoffs.

The company announced in April that it would furlough roughly 90 percent of its employees at domestic-owned properties, as well as corporate staff.

On July 20, Anthony Carano said he didn’t have an official head count of how many employees were laid off following the final regulatory approval the acquisition needed from the New Jersey Casino Control Commission. The combined company was expected to cut more of its workforce, particularly corporate-level employees.

A Caesars employee, who was granted anonymity for job protection, said the raises seemed tone-deaf, given the struggles many furloughed workers are facing.

“I wish we were in a position both as a city, as a nation and as a company where I could say, ‘Good for them, they deserve it,’” he said. “But (this happening) the week people lose their ($600 federal) unemployment boost, and when people are quitting their job because they don’t feel safe, and with everything going on … It’s a slap in the face.”

Bussmann said Reeg’s higher salary is comparable to that of many other gaming industry executives.