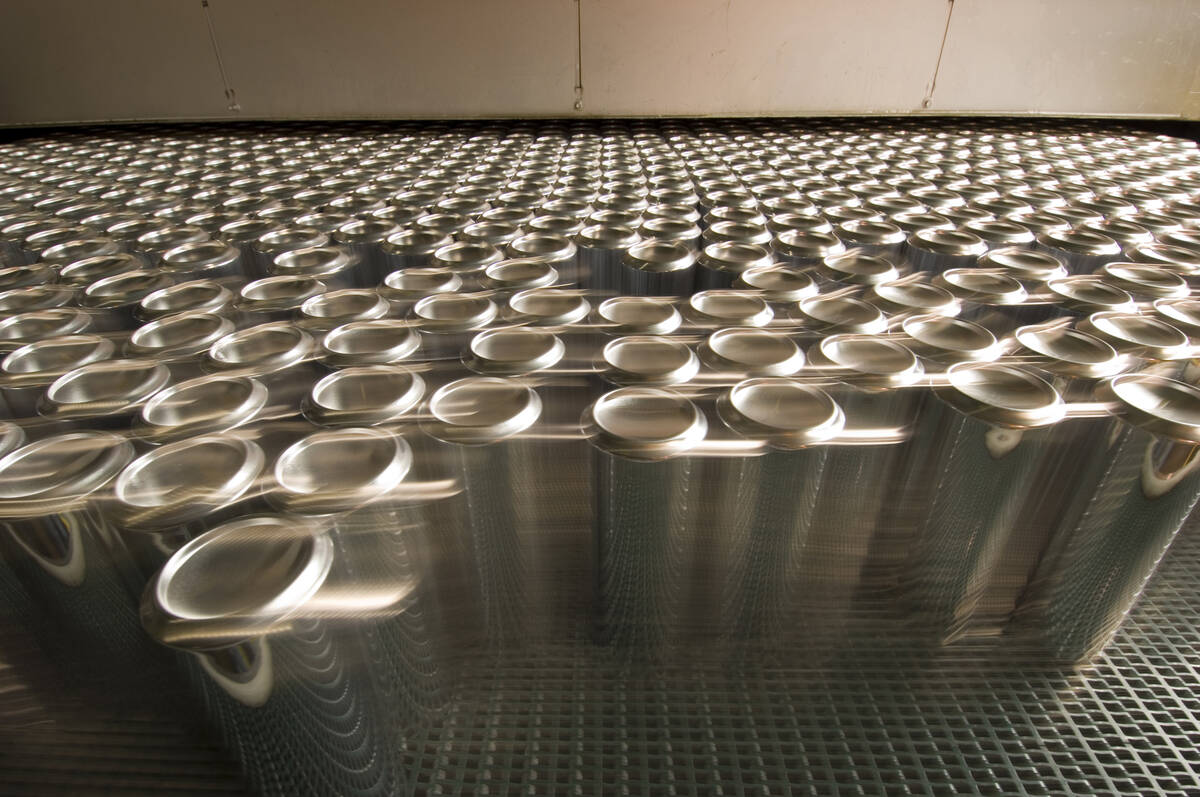 Ball Corp. announced plans Thursday to build the North Las Vegas facility and begin production in late 2022. It will make aluminum cans for beverage industry customers and plans to invest nearly $290 million in the project “over multiple years,” the company said in a news release.

Its facility will span more than 750,000 square feet and sit on 76 acres at the southern end of Apex, the city of North Las Vegas announced.

The Governor’s Office of Economic Development said Thursday it approved $17.5 million in tax breaks over 10 years for the Westminster, Colorado-based company, which, as seen in a securities filing, booked more than $400 million in net earnings in the first half of this year.

The exact location of Ball’s project site in Apex could not be confirmed Thursday.

Apex, off Interstate 15 at U.S. Highway 93, has seen some big land sales this year. But the 18,000-acre industrial park — of which 7,000 acres are deemed developable — remains largely empty.

The main reason, real estate pros have long said, is a dearth of utility service in the remote business park.

Meanwhile, one project that was set to bring a burst of activity to Apex, and sparked hopes that other companies would follow, ended with a flop.

Faraday Future drew up plans for a 3.4 million-square-foot factory that could produce up to 150,000 electric vehicles annually. The Nevada Legislature approved a $335 million incentive package for the plant at a special session in 2015, though at the time, Faraday didn’t have a publicly identified CEO and hadn’t started selling cars.

Faraday broke ground in Apex in 2016. But construction stalled amid reports of financial troubles, and Faraday bailed on the factory in summer 2017, saying it wanted an existing facility instead. The next month, it leased a 1 million-square-foot former tire plant in central California.

Faraday sold its 900-plus acres of land at Apex in 2019 to a Canadian investment firm for nearly $17 million, less than half the initial asking price.

Other companies have since picked up land in Apex, too.

Smith’s purchased nearly 100 acres there in February, raising the prospects of a new distribution center for the supermarket chain, and developer VanTrust Real Estate bought around 350 acres in March with plans to build a 4.5 million-square-foot industrial park.