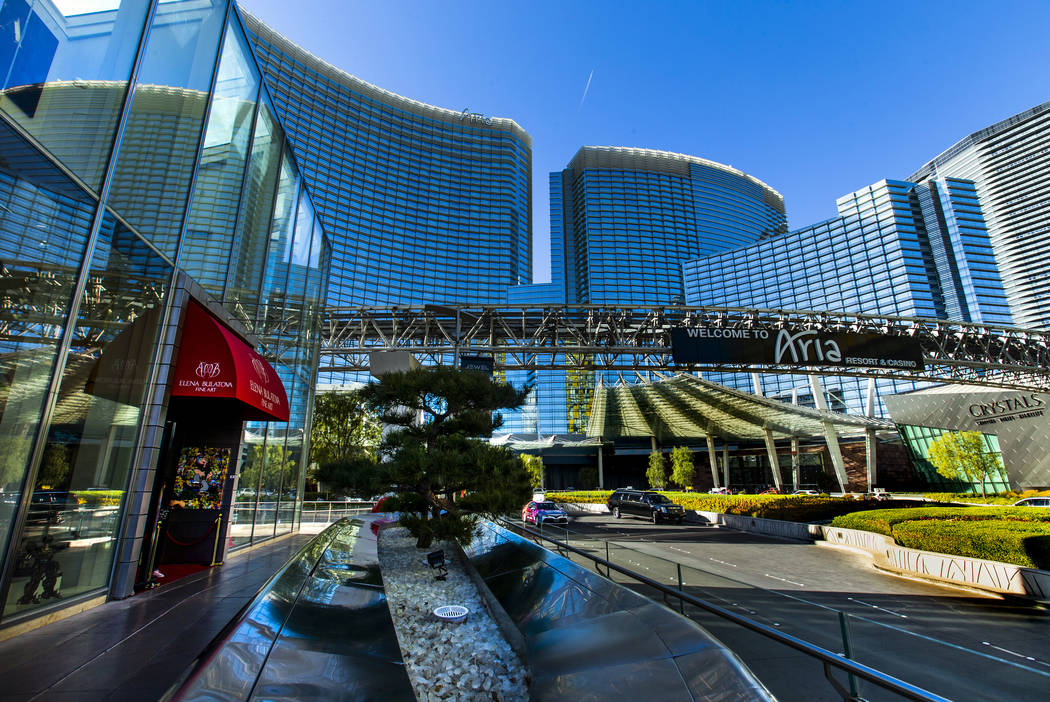 Aria opened in 2009 as part of the $9.2 billion CityCenter project, a joint venture between MGM Resorts International and investment company Dubai World.

It nearly led MGM to bankruptcy.

Developers began construction on Aria in 2006, right before the Great Recession began. It faced a potential shutdown in spring 2009, when MGM struggled to renegotiate repayment terms with lenders. Nevertheless, a payment allowed the company to continue construction and open Aria later that year.

When walking through the resort’s winding corridors, past the water wall near the front entrance and the thousands of origami maple leaves hanging above the lobby’s marble floors, it’s hard to imagine there was ever a hiccup in plans.

Zanella said Aria took longer to ramp up than other properties because of the recession. The company had to accommodate guests who suddenly had much tighter purse strings: $100 blackjack tables became $5 tables, restaurant options were adjusted, and shows that didn’t gain traction were eventually cleared out for more convention space.

“You’d have people buying up and going to places they wouldn’t be able to go before” the recession, Zanella said. “You still had the visitation. It’s just what people were interested in buying (that changed). Instead of having that extra appetizer, that extra cocktail or going to the club, it’s like, ‘OK, I still want to have the getaway, but I’m just going to pull back on my budget.’”

Many newcomers at the time were taken aback by the lack of a theme, Zanella said. The modern, tech-savvy building was nothing like the Disney-esque Excalibur or any of its other themed neighbors.

Even so, Zanella said, the project was a welcome addition to Las Vegas and viewed as “a beacon of hope,” proof that the city could continue to build and hire hundred of thousands of workers amid a catastrophic economic downturn.