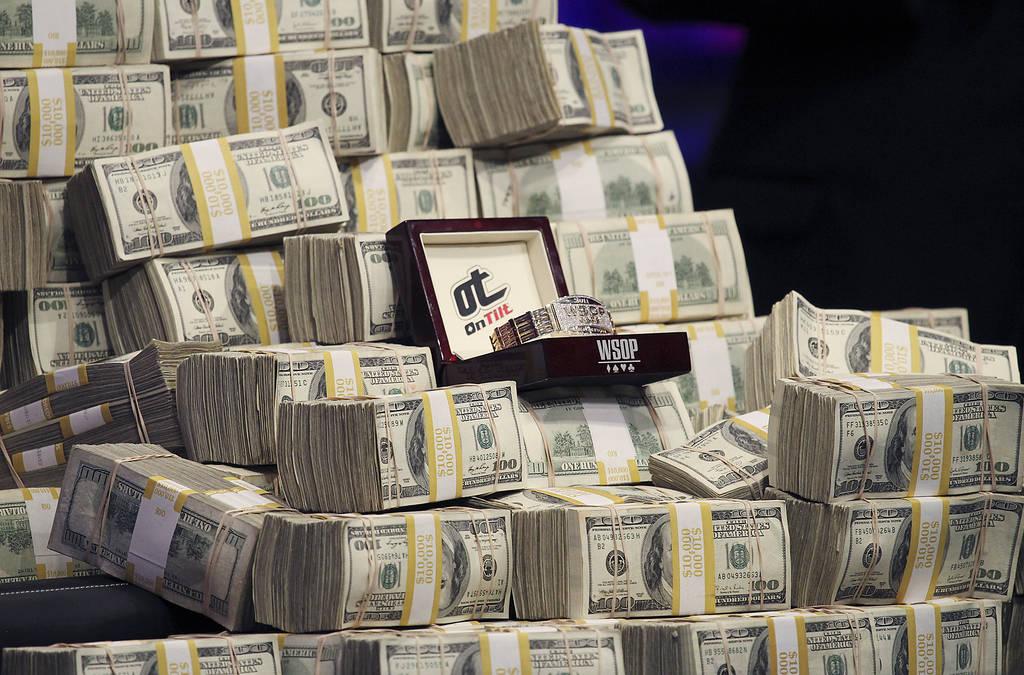 A coronavirus carrier may be as close as your back pocket or your purse.

The dollars that gamblers pursue in high denominations at casinos across the land could harbor lots of icky germs.

The level of risk associated with catching the virus from cash is unknown, Rob Jackler, a professor and researcher at the Stanford University School of Medicine, told the Review-Journal.

COVID-19 spreads mainly through droplets released into the air when someone who’s been infected coughs or sneezes. But it can also be contracted through the surfaces we come into contact with, he said.

The virus can stay a day or two on paper, he said, and up to three or four days on plastic or metal.

So isn’t it time that cashless solutions we see in everyday transactions in stores come to the casino?

You won’t hear any argument from state Gaming Control Board Chairwoman Sandra Morgan, a staunch supporter of finding cashless solutions in casinos.

But Morgan, whose board reviews technological innovations, including new games and casino systems, said she hasn’t seen too many moves toward cashless systems lately.

“I’ve been pretty public saying that I’m open to looking at new ways that technology can help attract new customers and be beneficial for not only the industry but even for responsible gaming measures as well,” Morgan said in a recent interview.

“Since COVID hit, I haven’t gotten any more increases to address or discuss new technology for cashless wagering than I did prior to it,” she said. “But I’ve always been open to discussing it and looking for different ways not only to make gaming and gambling more enjoyable or more accessible.”

Everi Holdings already started field-testing its CashClub Wallet when casinos were closed in March. And Scientific Games is on the verge of winning regulatory approval in Nevada on its Unified Wallet product, which already has been deployed at tribal casinos in Florida.

Matt Wilson, who became CEO of Scientific Games’ gaming division three months ago, said it took the pandemic to put cashless systems in the forefront of casino operators’ minds.

“These operators are spending a staggering amount of money in resourcing to keep casinos sanitized by deploying employees to wipe down slot machines, elevator buttons, everything you can imagine, to make surfaces as sterile and safe as possible,” Wilson said Friday.

“But when you think about the (fact that the) financial instrument we use to transact on the gaming floors is cash … how many hands have been on a dollar bill? It’s the surface that gets touched the most, and it seems the way for us to circumvent that potential health hazard and do it in a way that consumers in the world already are transacting in probably every other industry in their lives.”

Michael Rumbolz, CEO of Everi Holdings, said the gaming equipment manufacturer was right in the middle of a field trial with its digital wallet product at two casinos when Gov. Steve Sisolak ordered casinos closed on March 17. He declined to disclose which casinos those were.

Everi’s CashClub Wallet, in development since 2013, integrates with a kiosk in the casino to produce tickets that can be used in slot machines or at table games. The kiosk interacts with a smartphone that can access money from bank accounts. When play is completed, a ticket is converted digitally back to the bank account.

Regulators have consistently resisted proposals to create the ability for slot machines to accept credit and debit cards. While ATMs are plentiful in casinos, regulators believe that the added step of accessing cash through a machine is enough to discourage some compulsive gambling. Thus, preventing credit and debit cards from going directly into a slot is a part of responsible gaming initiatives.

But Rumbolz, who was chairman of the Gaming Control Board from 1985 to 1988, believes that the digital wallet is the next-best thing and that it reduces the use of cash.

“We do have the ability to use the electronic wallet to have a patron load their accounts from anywhere — from home, from inside a casino or from inside a restaurant — and use the wallet to produce a ticket in a quick-ticket fashion from a kiosk,” Rumbolz said.

“You could download the app, load the app from any of your accounts, make a ticket purchase for, say $10, then walk up to a kiosk and attach it to a small square on the kiosk on the side and it would immediately issue a $10 voucher or ticket,” he said. “You can then take that to a machine, put it in, play the machine and when the ticket comes back out, take it back to the kiosk and you could either put it back in your wallet or take cash for it. That’s going to be available for casinos as they open.”

Rumbolz said Everi was on the verge of allowing some casinos’ best customers to try out the technology when the doors were closed.

“That all got shut down in March, so we haven’t had a chance to get back out there and produce it for patrons to see what they liked and if there’s anything they don’t care for,” he said.

Scientific Games is a little behind Everi on approval in Nevada, but its Unified Wallet product is every bit as robust.

First funded for research and development in 2005, when the company was known as Bally’s, the Unified Wallet enables a player to stow money from a bank account in digital form in a smartphone and move it to a slot machine or table game through a Bluetooth connection. When play is completed, digital winnings go back to the wallet and can be transferred to the bank account.

The system has been tested and approved by Gaming Laboratories International, which often works with Nevada’s Gaming Control Board, but it has yet to be approved by the board.

Sam Zietz, CEO of Florida-based Grubbrr, whose company develops touchless payment options, said that the world is ready for cashless transactions and that young consumers will likely lead the way to its becoming more mainstream, even in casinos.

“My personal feeling is we will be a cashless society in our lifetime,” Zietz said in a recent interview.

The reason, he said, is twofold. Technology can track cashless transactions much more easily than transactions with cash, which is handy for tax purposes. The other is that cash in the past has been the domain of criminal activity. But there will still be laggards.

“Twenty percent of our society today doesn’t have a bank account, let alone a credit card,” Zietz said. “Many retailers and restaurants, if not the vast majority, would prefer a cashless transaction for a whole host of reasons … the reconciliation at the end, the cost to transact, the shrinkage, the theft.”

He thinks restaurants may be leading the way.

“The dirtiest thing in a restaurant is cash,” he said. “Do you want the person who’s touching cash then touching your food? Probably not. Especially in the hypersensitive post-corona world.”

“Gaming may be the last bastion where cash is an instrument for transacting,” he said. “But it’ll happen eventually.” 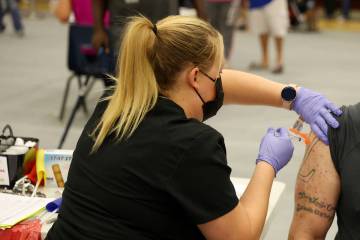 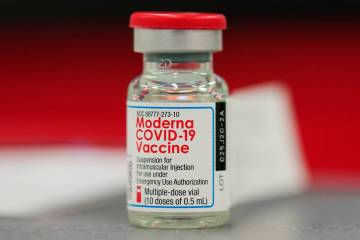 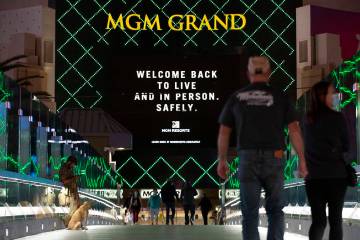 More than 98% of affected MGM workers complied with vaccine mandate 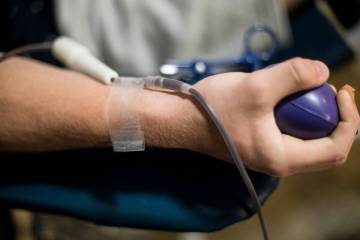 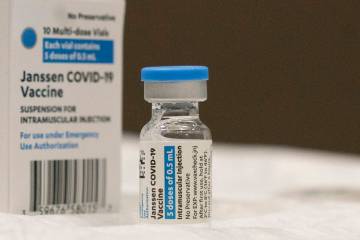 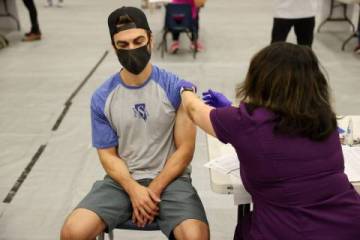 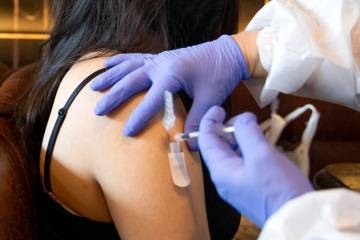 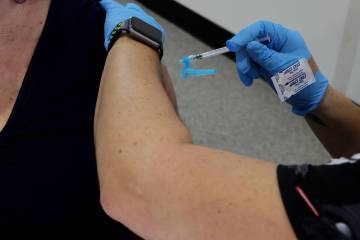 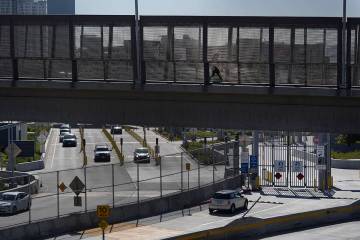 Fully vaccinated foreigners can travel to US next month, official says 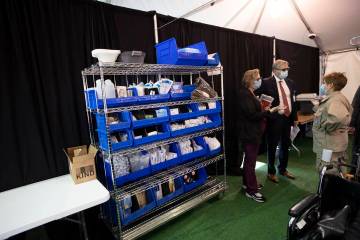 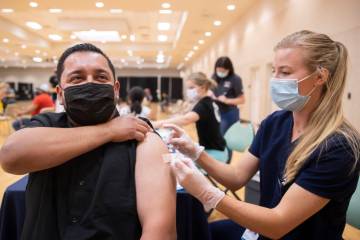 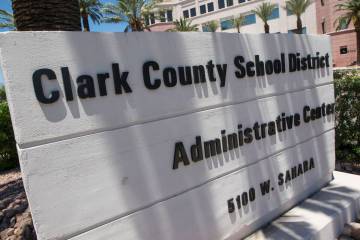 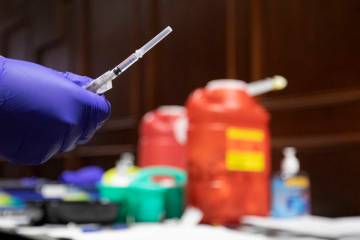 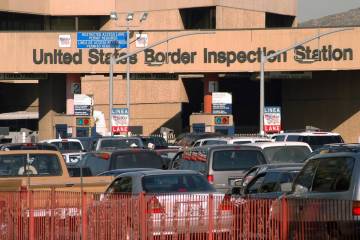 US preparing to reopen land borders for fully vaccinated 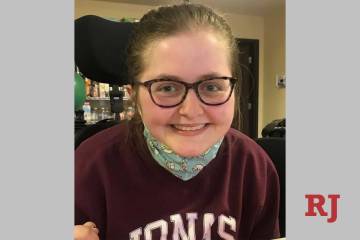 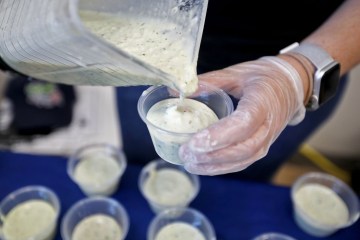 CCSD extends free meals for all students through 2025 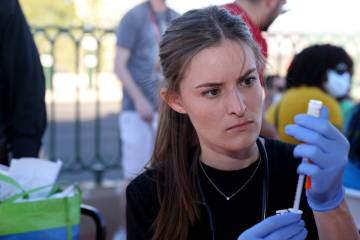 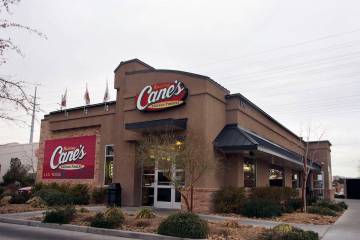 A CEO wiping down tables? How one Raising Cane’s executive cleaned up in Las Vegas 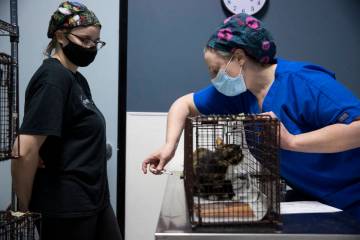 ‘You are not a horse’: Spread of misinformation leads to drug shortage for vet ... 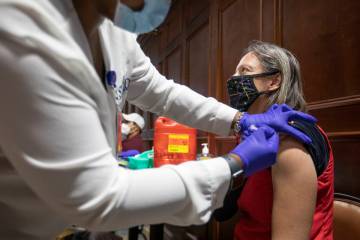