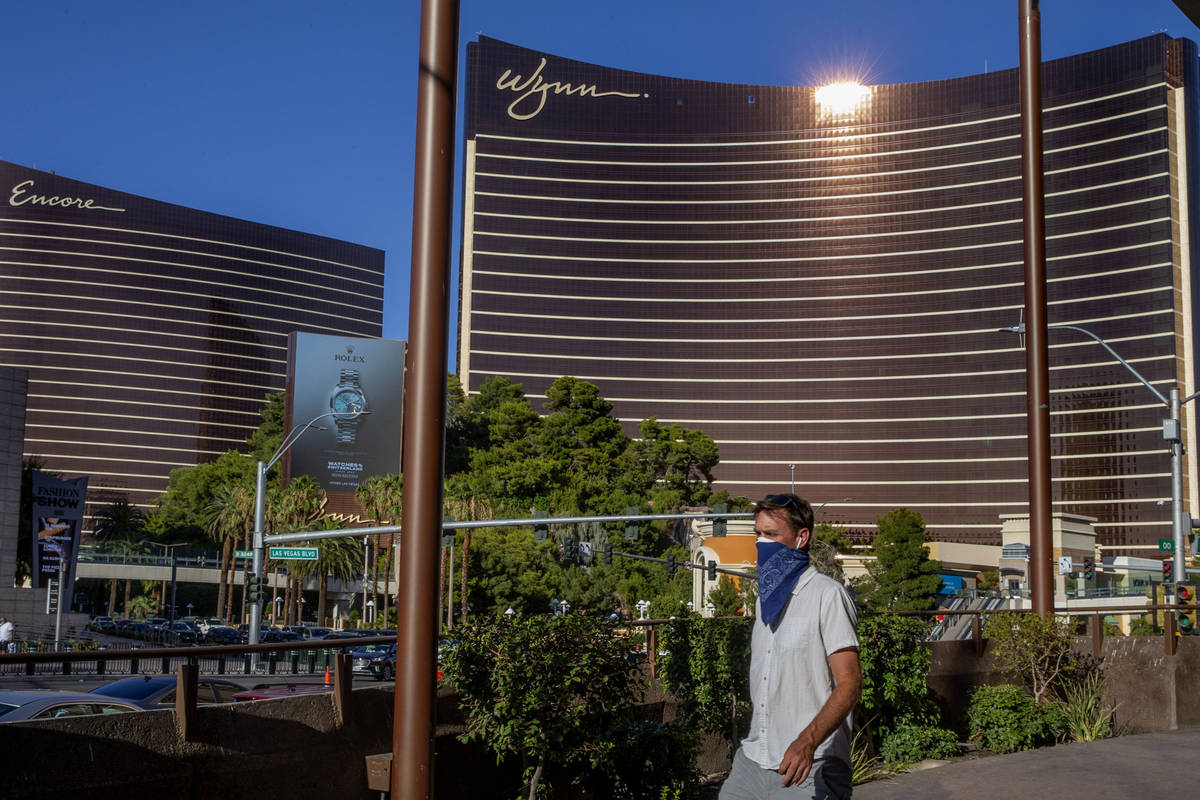 Wynn Las Vegas had its “best month” in October, by at least one metric, according to Wynn Resorts Ltd. CEO Matt Maddox, but the upward trend is expected to be short-lived.

Winter is typically a slower season in Las Vegas. Without convention business — which typically accounts for 30 percent of Wynn’s business in Las Vegas — Maddox said the company’s Strip assets will continue to face pandemic-related challenges.

“October will not be repeated in November and December,” Maddox said. “Our focus, as things do get a little slower in the winter, is to make sure we stay (cash flow) positive.”

U.S. operations pick up in October

The company’s Las Vegas assets reported more than $20 million of adjusted earnings before interest, taxes, depreciation, and amortization — or EBITDA — in the quarter. Things picked up in October, with the company generating roughly $14 million of EBITDA.

“I think Wynn Las Vegas probably was the most profitable integrated resort casino on the Strip. If not the most, it was definitely at the top of the list,” Maddox said. “We are focused on making sure we have the highest room rates in the market. … We are not going to sacrifice brand or culture to make a few extra dollars here or there.”

Like other casino operators, the company has reduced costs amid the pandemic, including labor. Wynn is operating with roughly 7,400 fewer staff members globally than before the onset of the pandemic.

There were bright spots in the quarter, which ran from July through September: Maddox said Wynn Las Vegas saw strong leisure demand during the weekends, as well as solid hotel occupancy and casino play.

But Wynn’s U.S. properties continue to face challenges amid the pandemic. Encore is running only five days a week amid dampened foot traffic, and Encore Boston Harbor must abide by new COVID-19 restrictions from the state of Massachusetts, which require casinos to close nightly by 9:30 p.m.

Maddox said the new restrictions in the northeast “will have an impact” on Encore Boston Harbor, and came just as the property was “starting to hit its stride.” It generated roughly $26 million in EBITDA in the quarter, a record.

“(The operating restrictions are) clearly a setback for us, but it’s very temporary and it’s just the right thing to do from a health perspective,” he said, adding that Encore Boston Harbor makes more than half of its revenue after midnight.

Convention business has yet to return in Las Vegas, but bookings at Wynn’s properties in the later half of 2021 look similar to prior years’ schedules.

Maddox said Wynn’s COVID testing lab, which will be able to turn around COVID-19 tests in five to six hours, should help boost group business down the road.

“This could be one of our opportunities as we get through this (pandemic) to get entertainment going again, to get conventions going again,” Maddox said. ”It’s going to be a good blueprint to help get Las Vegas back.”

After being admittedly silent on the matter, Maddox said the company has been making moves with Wynn Interactive, a sports betting and online gaming subsidiary in which Wynn owns roughly 71 percent.

In the third quarter, Wynn launched online sports and casino offerings in New Jersey. It has signed market access deals with nine states, and is in active dialogue with seven additional states.

“We think we’ll have more than half of the total addressable market,” Maddox said. “While currently, Wynn interactive does roughly $20 million in revenue, that number is going to grow at an exponential rate as we move forward.”

Mattox said Macao operations in the third quarter were similar to those in the second, with roughly 8 to 10 percent of visitor volume compared to pre-COVID-19 levels.

Travel is still restricted in the Chinese territory, but things started to pick up for Wynn in October.

“We went from 10 percent of our normal visitor volumes up to almost 30 percent … throughout the month,” Maddox said.

There were other positive signs of recovery, including overall retail sales flat compared to 2019 and sales at its top five Macao stores up 25 percent year-over-year.

“It just feels like we are, and the market is, going to continue to get better,” Maddox said. “I don’t know at what speed, I don’t know at what pace, but the overall mood, attitude and trajectory is quite good. … There’s real pent up consumer demand.”