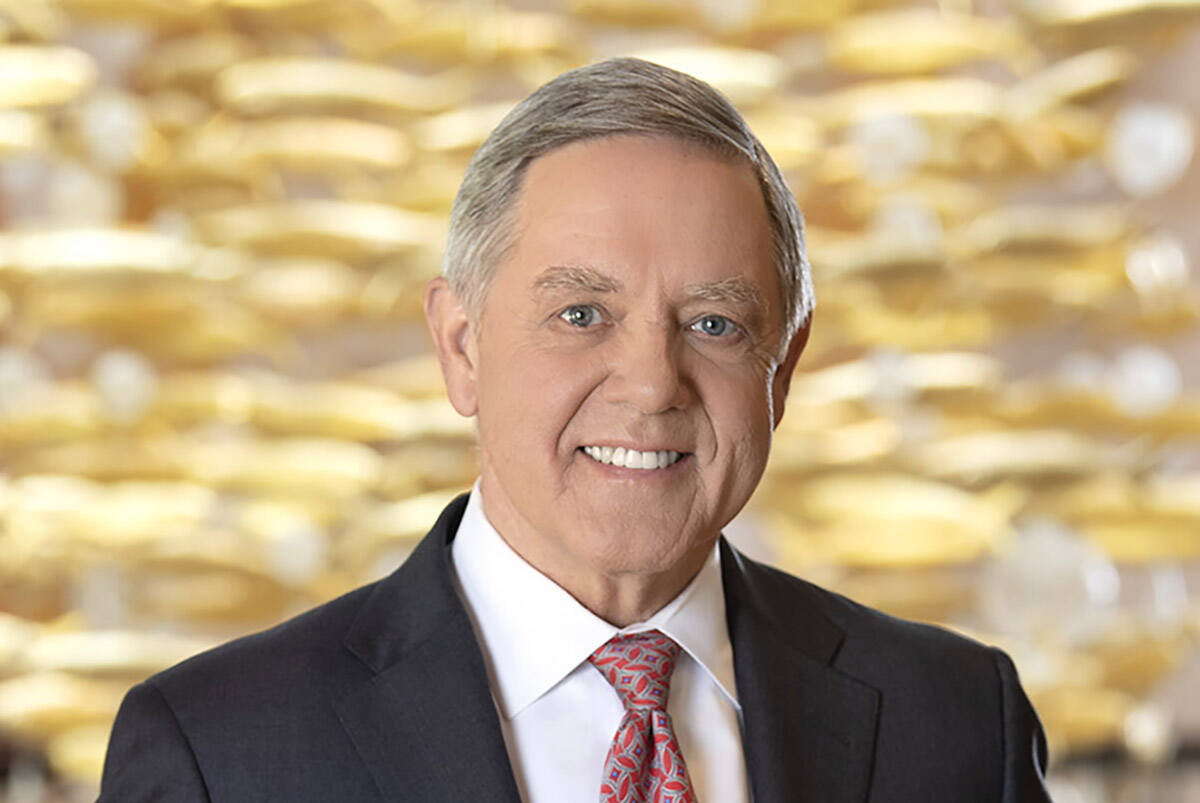 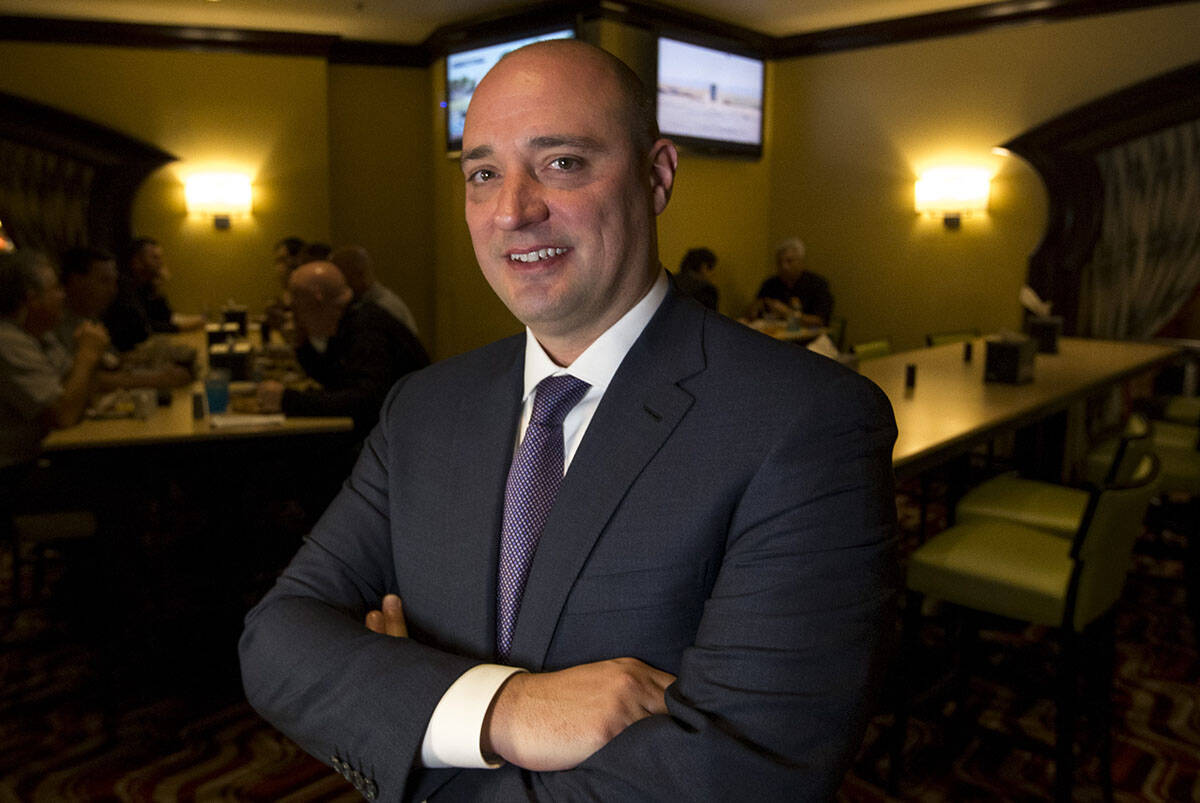 The chairman of Wynn Resorts Ltd.’s board of directors on Monday elaborated on CEO Matt Maddox’s planned departure from the company and hinted that he may pursue a nongaming position after he leaves.

In a Friday statement, Chairman Phil Satre said it was Maddox’s choice to leave the company and that the board of directors tried to convince him to stay.

Maddox and Wynn Resorts surprised the gaming industry Nov. 10 when it was announced that Maddox, a 20-year Wynn employee, would leave on Jan. 31 and President and Chief Financial Officer Craig Billings would take the CEO role the next day.

Maddox said he yearned for a new challenge and had been with the company long enough, with almost four of his 20 years as CEO when he succeeded former Chairman and CEO Steve Wynn in February 2018.

“Matt led our company through two of the most fundamentally challenging events any executive could possibly expect: the abrupt departure of a founder and a pandemic,” Satre said in the statement. “Most companies would hope to emerge merely intact, at best, on the other side of those events. Remarkably, Matt’s stewardship resulted in a Wynn Resorts stronger and more stable than it has ever been.”

Satre said he made the statement because “much has been written and said in the news and elsewhere about Matt Maddox’s decision to step down” and he added that no one is more familiar with the transition than him.

“Matt’s unqualified success as a CEO has led him to have many fans,” Satre said. “Our employees view him as their advocate (no small feat for a CEO). Our communities and elected officials appreciate his integrity and honesty, and our regulators appreciate the difficult work he has accomplished.

“Matt’s reputation with shareholders is second to none. He has delivered results that outstrip all competitors in Las Vegas and in Boston — a first in our company’s history. Regarding the performance of our stock price (our competitive set is casino resort companies with more than 50 percent of their operations in Macao, namely Las Vegas Sands and Melco Resorts & Entertainment), we outperform our peer set.”

Wynn stock has experienced a turbulent ride since Wynn’s departure. The stock was trading at more than $160 a share when Wynn left the company over sexual harassment allegations. He has said he has never harassed anyone.

When casinos in Las Vegas, Boston and Macao were closed by the coronavirus pandemic in March 2020, stock dipped to around $50 a share. It has since recovered to more than $90 a share.

Companies operating in Macao will undergo review by Macao’s government next year in a concession renewal process. Sands, Wynn and MGM Resorts International are Las Vegas-based companies that will be a part of that process.

Maddox, the first Wynn employee to work in Macao in 2002, was specifically asked by the board of directors to stay on its Wynn Macau board because of his familiarity with the process and the landscape. He also has been asked to stay on the Wynn Interactive board. Maddox has agreed to serve on those boards through 2022.

“All that accomplishment results in a board of directors who wishes Matt would stay on (as CEO),” Satre said. “The board appreciates the unique and favorable position Wynn now enjoys and credits Matt with that success. We recently ran a series of newspaper ads thanking him and our employees for our results.”

Satre said Maddox made the decision to seek a new position outside the gaming industry.

“As often happens with talented people, they have their own plans,” he said. “Matt has been with the company for 20 years and is 46 years old; any future contract extension would have bound him to the company until he was in his 50s. Matt wants to explore opportunities outside of gaming and now is the right time for him to do that from a career standpoint. I commend him for it, even as I regret it.”

Satre said executive succession plans have been top of mind for the 10-member board of directors.

“Our board takes its responsibility for succession planning very seriously,” he said. “The board had long planned for Matt to be the successor to Steve Wynn, and Craig Billings has for some time now been considered the person to replace Matt. Our company is indeed fortunate to have such strong talent at the top.”

Gaming industry analysts also were surprised by the sudden departure announcement but acknowledged the company would hold steady with Billings at the helm.

“We believe the departure of Mr. Maddox will come as a surprise to most, though we also believe both the sell-side and institutional investor community have a knowledge of and a respect for the strategic and business acumen of the incoming CEO, Craig Billings,” Carlo Santarelli, a gaming industry analyst in the New York office of Deutsche Bank, wrote in a note to investors.

The company acknowledged Maddox was investigated in 2020 over an undisclosed allegation. Last year, after two independent investigative teams not affiliated with the company found no wrongdoing on Maddox’s part and an independent law firm overseeing the investigations found the work had been done properly, the case was dropped.

The investigations were launched after an allegation from an anonymous complaint system installed after Steve Wynn left the company. The company’s policy requires that any allegation involving a top-level executive be investigated.

The investigations were self-reported by the company to the Nevada Gaming Control Board, which declined comment on the report.

On Monday, the company elaborated on that investigation without saying what Maddox was accused of.

“Anyone, including the general public, whether wanting to make an allegation or even do reputational harm to an employee can make a complaint through our anonymous complaint system,” said Wynn spokesman Michael Weaver.

“All allegations are investigated, regardless of how unlikely they seem,” he said. “In the case of an allegation that is determined upon investigation to be fabricated, we don’t publicly disclose what the employee was falsely accused of. To do otherwise would force employees to forever publicly defend themselves against something that was never true in the first place.

“The allegation against Mr. Maddox was thoroughly investigated in 2020 and the case closed a year ago when it was determined to be baseless and completely fabricated,” Weaver said. 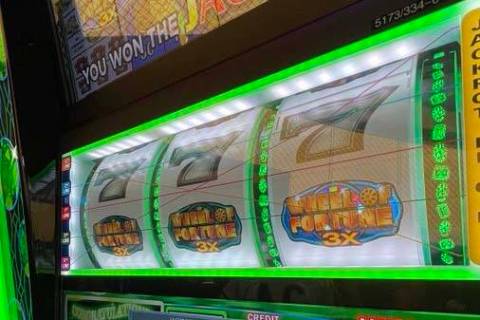 A Southern California visitor hit a Wheel of Fortune jackpot Sunday afternoon at Circa in downtown Las Vegas.