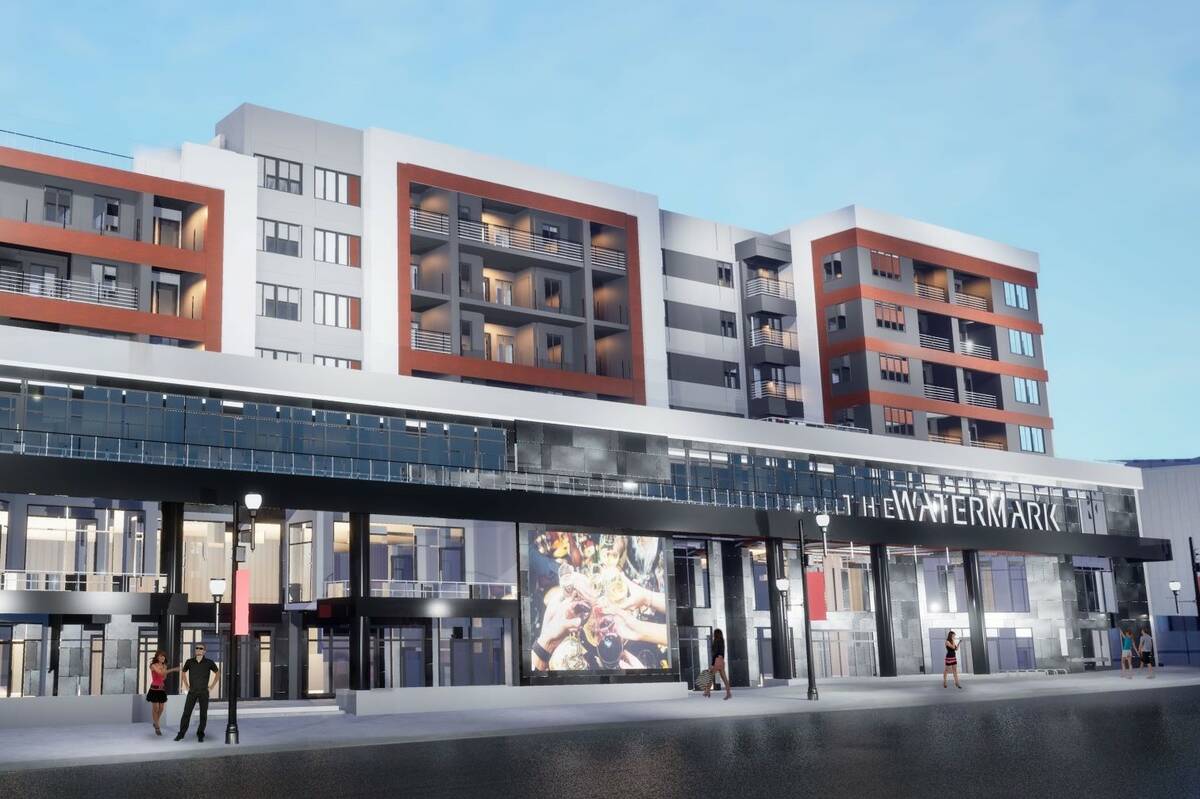 Strada Development Group is building The Watermark, a rendering of which is seen here, in downtown Henderson. The seven-story building will feature retail and office space and apartments. (Courtesy)

Strada Development Group is building The Watermark, a rendering of which is seen here, in downtown Henderson. The seven-story building will feature retail and office space and apartments. (Courtesy) 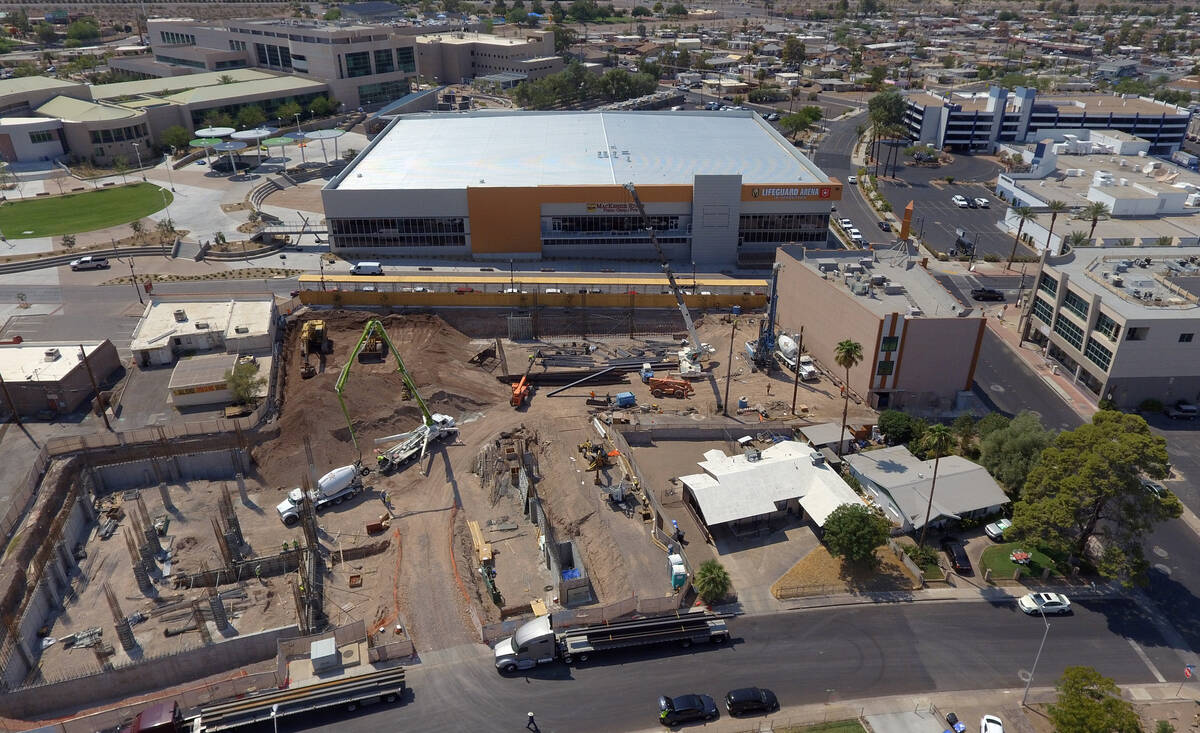 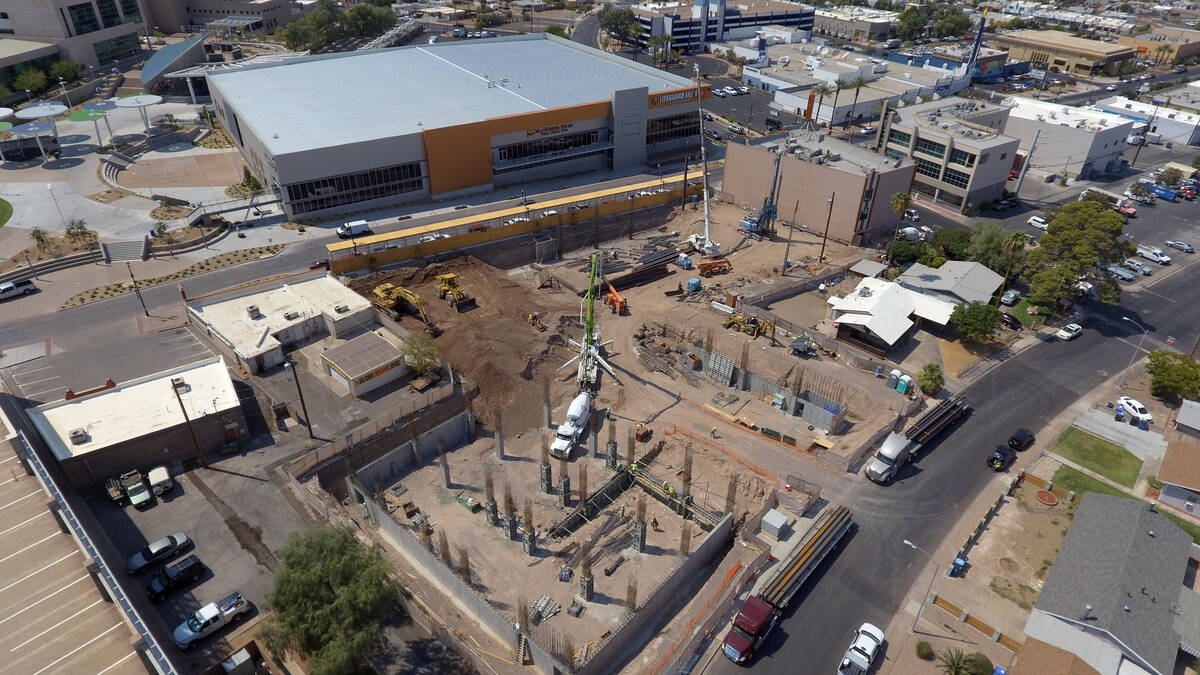 A Las Vegas developer is putting up a mixed-use project on Water Street, bringing a big venture to a long-sleepy corridor that has seen more activity lately.

Strada Development Group is constructing The Watermark, a seven-story project in downtown Henderson that is slated to feature retail and office space and 151 apartments.

All told, The Watermark will be downtown Henderson’s biggest real estate development in recent memory as measured by dollars, and it will be the tallest building on Water Street, Henderson redevelopment manager Anthony Molloy confirmed Tuesday.

Henderson officials have long sought to revitalize the city’s downtown, where over the years foot traffic has been light and ground-up real estate projects have for the most part been relatively small. But new restaurants have opened there, other ventures have taken shape, and more people have headed to Water Street lately.

Strada’s 1.2-acre plot near Atlantic Avenue is across from the Lifeguard Arena ice rink, which opened last November. It’s also near The Pass casino, which reopened in April after new owner Joe DeSimone renovated the 1960s-era former Eldorado Casino.

The city of Henderson has invested heavily in Water Street, and Strada wanted to put up a “landmark building,” Wucherer said. Asked how his firm would convince people to live in downtown Henderson, he replied that it’s a similar conversation about moving to downtown Las Vegas.

If tenants can live in a new apartment building on Water Street and walk to restaurants, casinos and other amenities, “why wouldn’t you?” he said.

Wucherer said that he grew up in a small town in Wisconsin where “all the commercial stuff is dying” and that Water Street reminds him of his old downtown.

But, he added, “I see the potential for a renaissance” in downtown Henderson by making it an entertainment district.

TSK Architects owner Windom Kimsey, whose firm is based on Water Street, said developers have put up new buildings over the past several years in the downtown area, but the projects have been small.

The main exception, he noted, is Lifeguard, a 120,000-square-foot facility that has two sheets of ice and is the practice rink for the Silver Knights minor-league hockey team.

Lifeguard is “the big kahuna” downtown, said Kimsey, who, by comparison, is developing a roughly 3,600-square-foot project on Water Street that will feature three apartments and some commercial space.

“That’s been a fairly typical scale” for the area, he said.

Strada held a ceremonial groundbreaking for The Watermark in April. At the time, a news release said the building would include a “high-rise pool and terrace” with an outdoor lounge, structure parking, a yoga studio, and tenant storage lockers.

Henderson Mayor Debra March said in the release that The Watermark would bring “a much-needed residential component” to the area.

More recently, Acres Capital Corp. and George Smith Partners announced Aug. 31 that they teamed up to provide a $37.5 million construction loan for the project.

Mark Fogel, Acres’ president and chief executive, said in the release that the “well-situated” property offers tenants “convenience and easy access to amenities.”