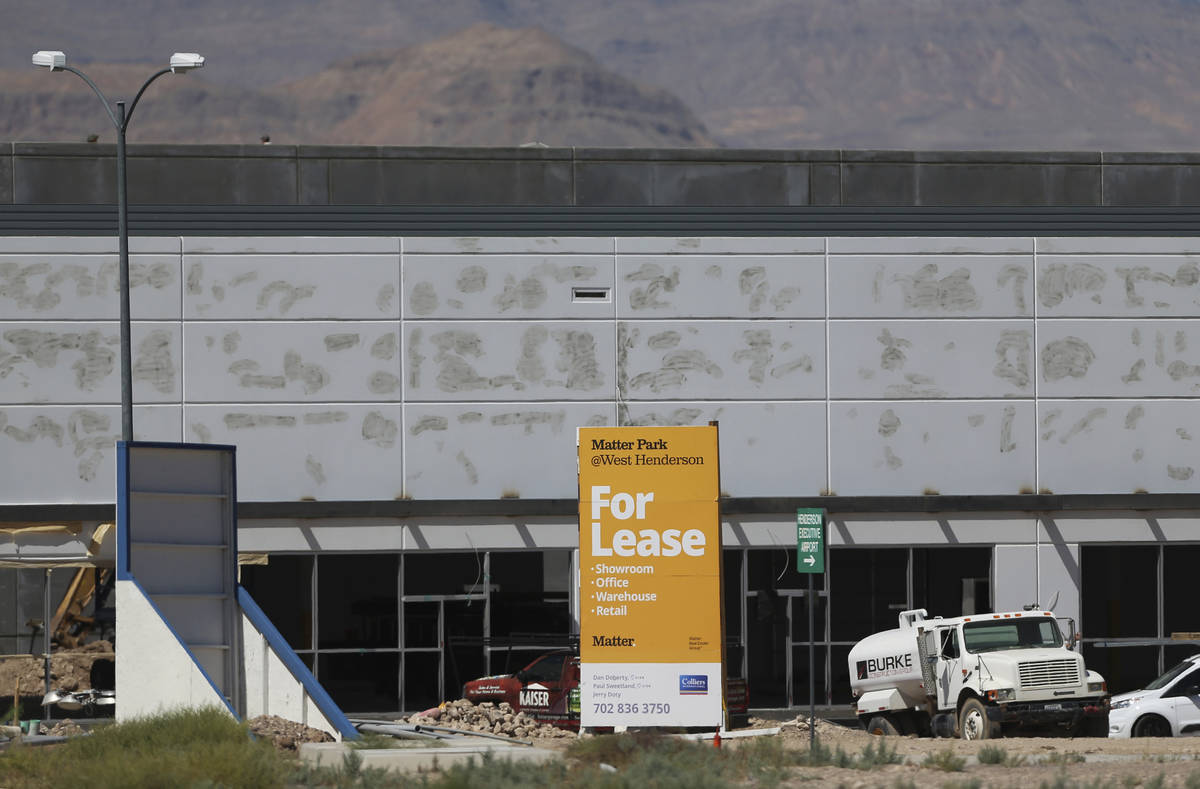 The developer of a business park next to the Raiders’ future practice facility in Henderson has finished the first phase of the project.

The $90 million, seven-building warehouse and office complex at the southern tip of the Las Vegas Valley is expected to span 500,000 square feet on 37 acres, the developer said.

The second phase is slated to break ground in September and open in summer 2022.

West Henderson became a heated development spot in the past few years as investors started building or drew up plans for dozens of projects, including apartment complexes, housing tracts, warehouses and, capturing much of the spotlight, the Raiders’ new headquarters.