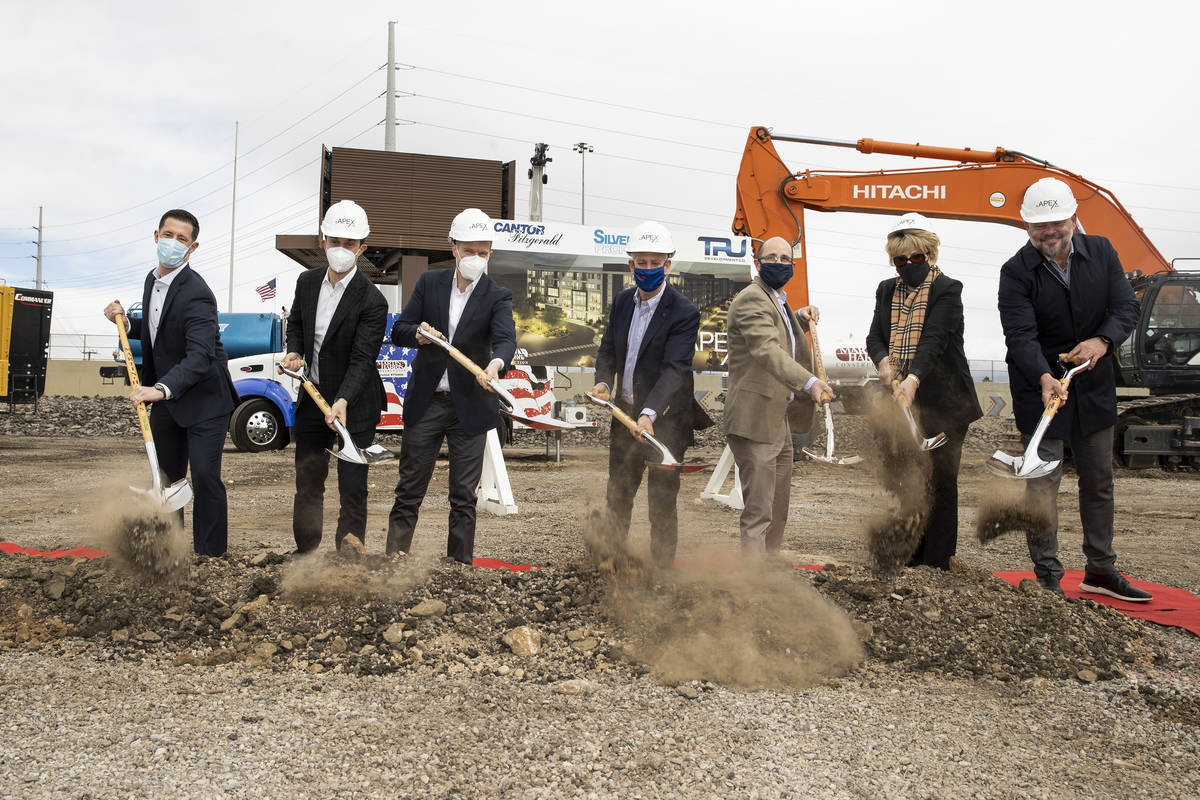 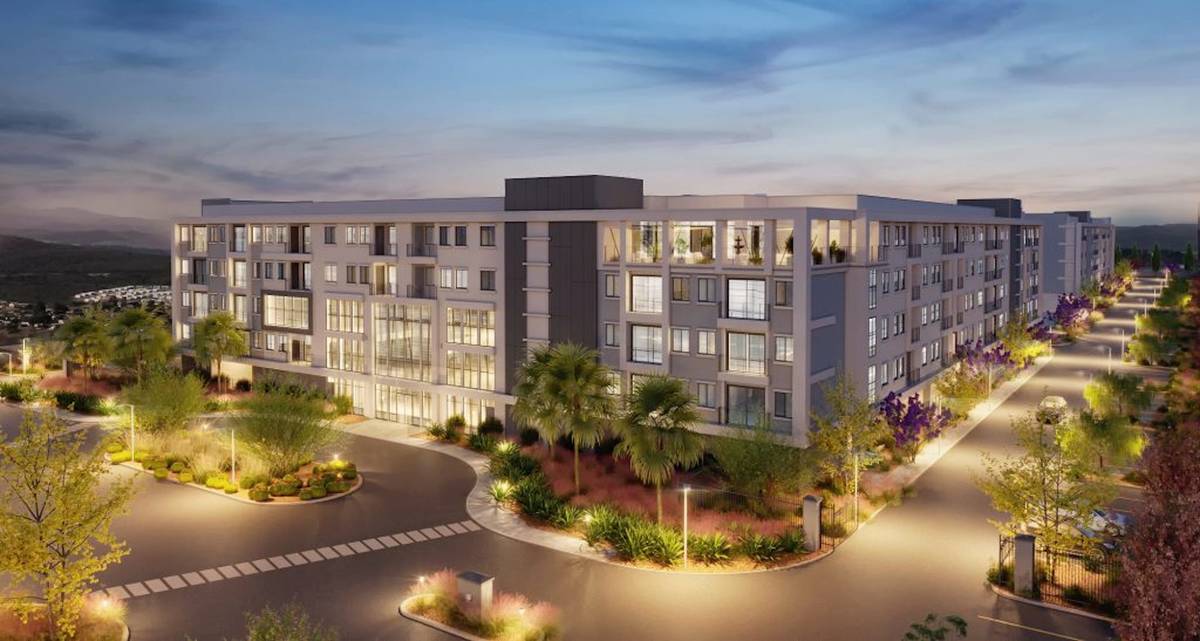 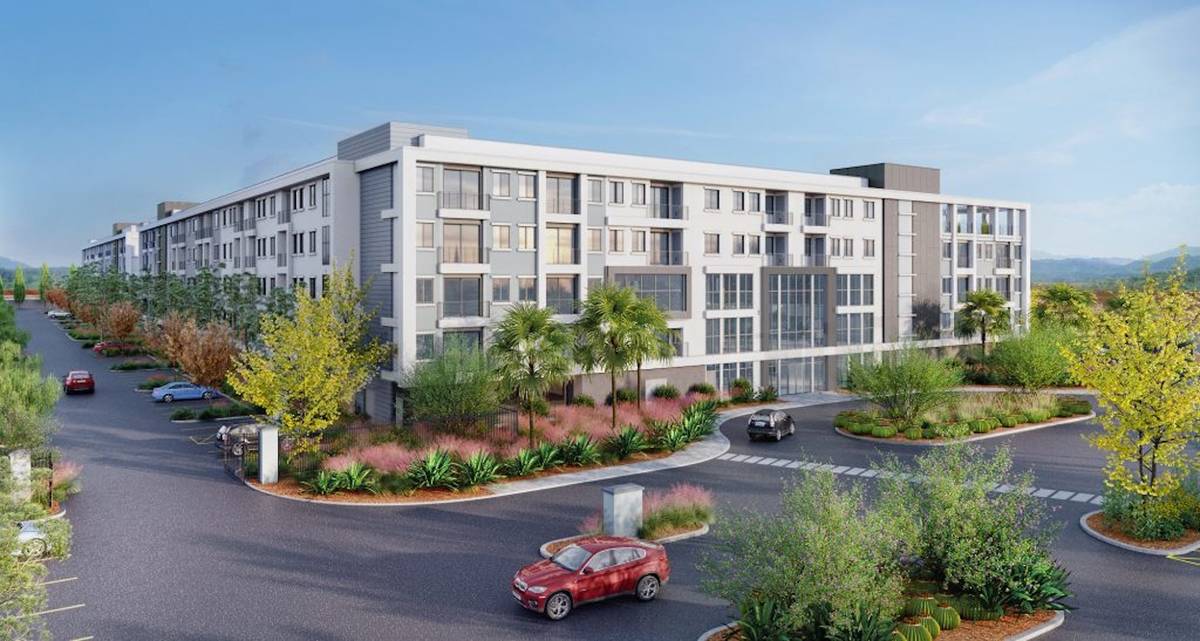 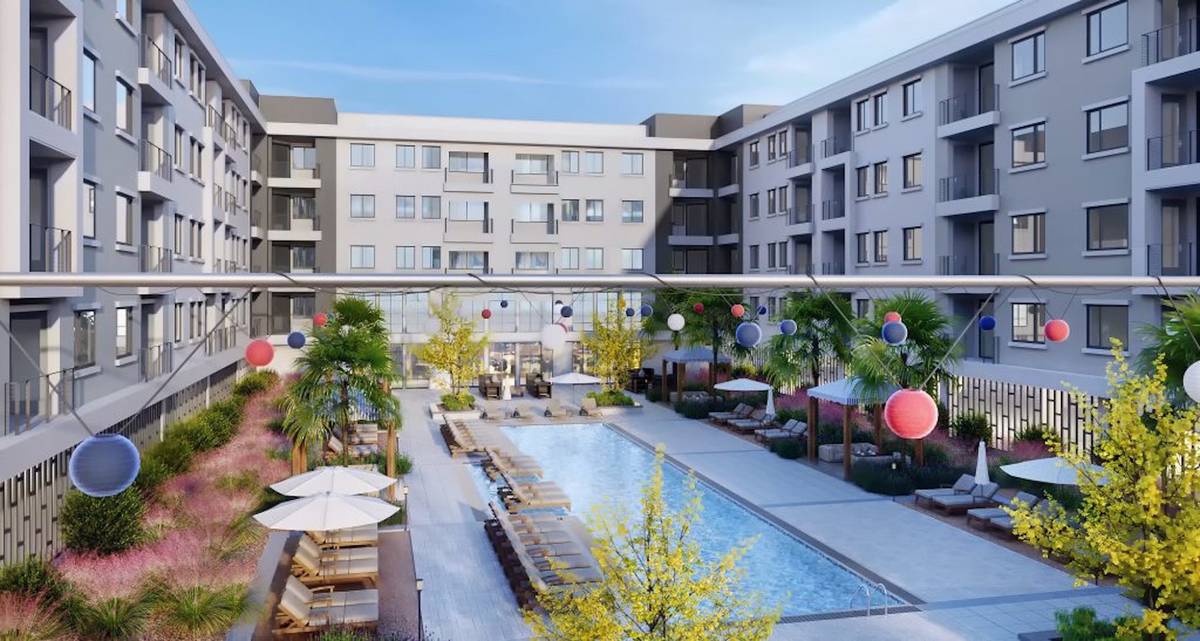 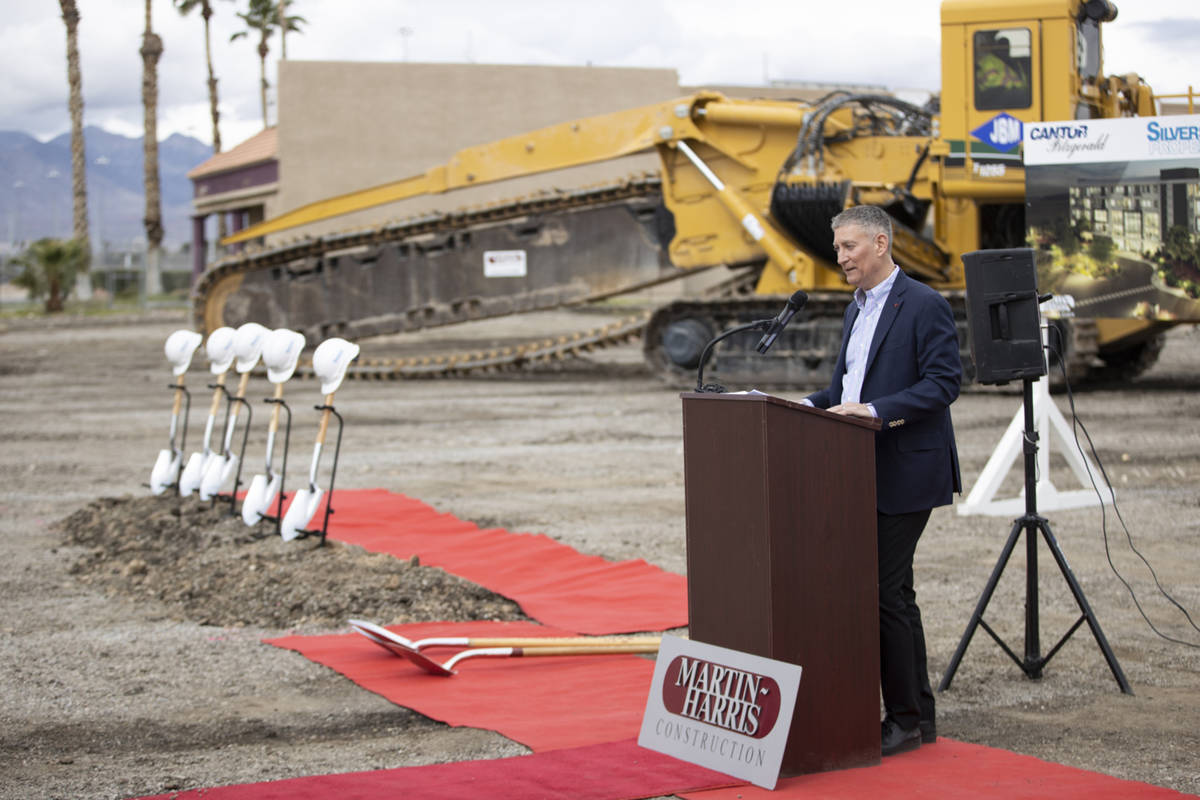 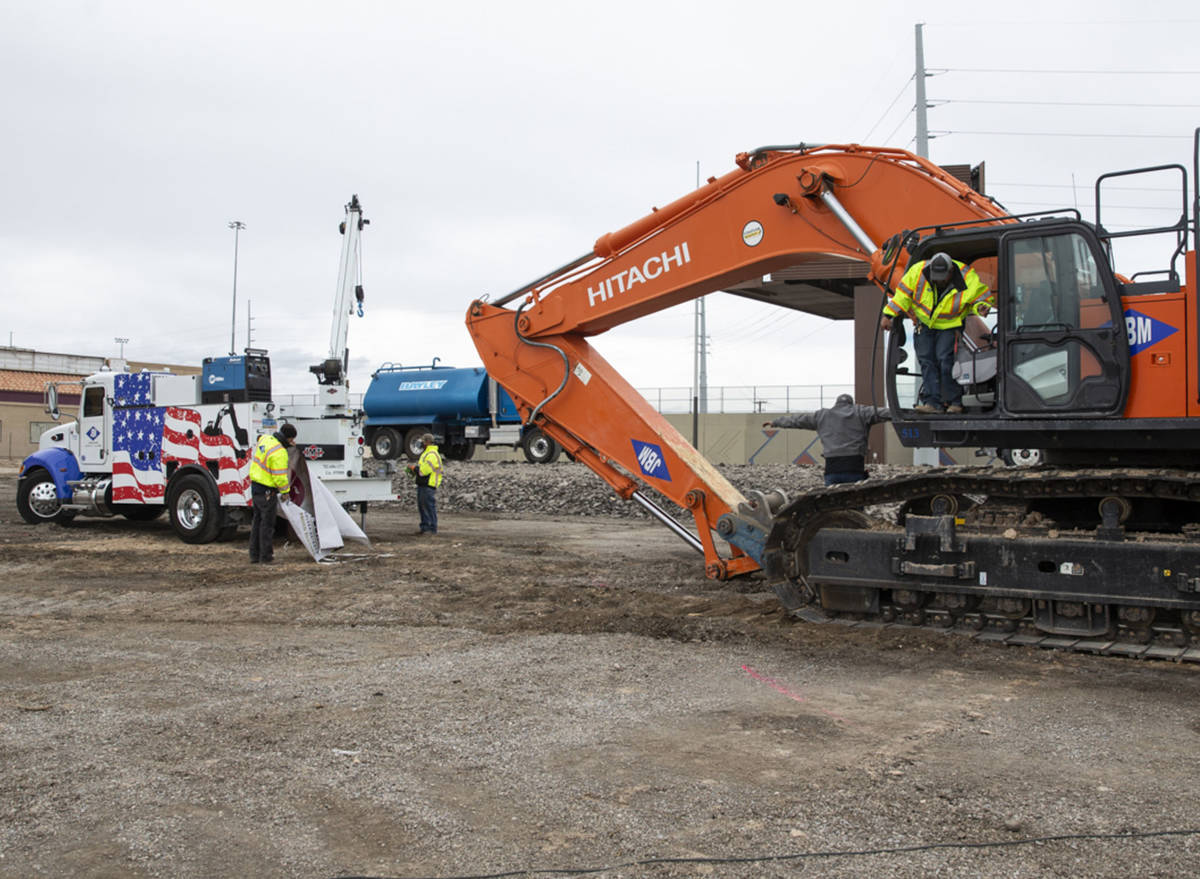 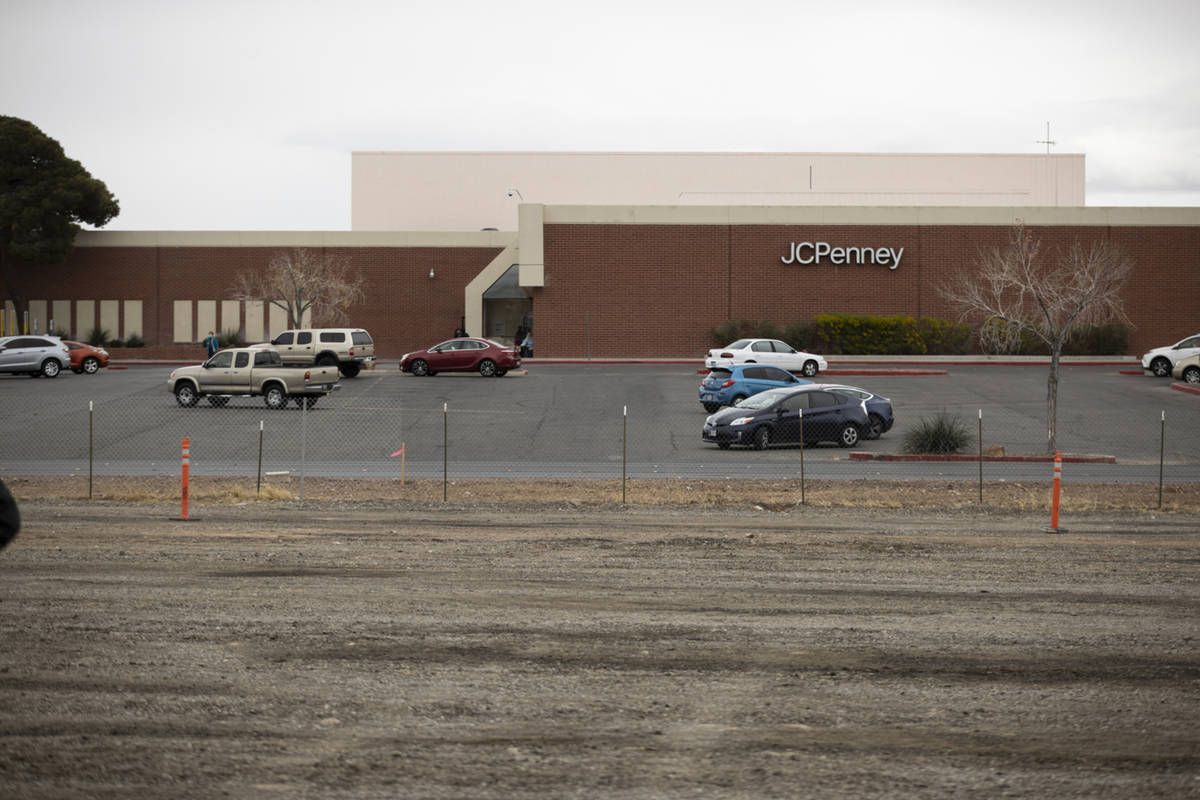 Marty Burger is no stranger to Las Vegas, having ventured here during the frenzied mid-2000s bubble to work on some supersized projects.

Now he’s back in the valley to develop another project — and this time, it’s in a location that at first glance might seem like a headscratcher.

New York firms Silverstein Properties and Cantor Fitzgerald and Las Vegas-based Tru Development Co. held a ceremonial groundbreaking Thursday for an upscale apartment complex next to Meadows Mall. The 334-unit property is slated to include a rooftop lounge, yoga studio and “smart tech” features, according to a news release.

They aim to open the roughly $83 million project, the Apex at Meadows, in spring 2023.

Developers have flooded Southern Nevada with apartment complexes in the past several years, focusing mostly on outer-ring areas like the southwest valley and Henderson. Some urban-area projects also have been built near the Strip and in downtown Las Vegas.

Meadows hasn’t been known for booming foot traffic in recent years, especially compared with malls like Fashion Show. The coronavirus pandemic also has caused plenty of turmoil in Las Vegas’ apartment market, as soaring job losses left many tenants using unemployment benefits or other relief funds to pay their rent.

But the developers of Apex at Meadows point to all the nearby retail as a big perk — the mall boasts more than 100 stores — as well as close freeway access and proximity to such areas as downtown and the Las Vegas Medical District.

They also figure that by the time the complex opens, COVID-19 will hopefully be a thing of the past.

Burger, CEO of Silverstein, a heavyweight developer known for its portfolio of skyscrapers at New York’s World Trade Center site, told the Review-Journal that the location has strong visibility and “great synergy” between residential and retail.

Tru founder Tim Deters noted that the site is in a tax-incentive Opportunity Zone and provided an opportunity to build in area that already has a lot to offer.

“We feel that this project could be the catalyst to really kick off redevelopment in the surrounding area,” he said.

Silverstein acquired the 9.6-acre project site, along Meadows Lane between Decatur and Valley View boulevards, just south of U.S. Highway 95, in 2018. It later announced that it had partnered with Cantor Fitzgerald, a financial services firm, to acquire and develop projects in Opportunity Zones, which were created by the tax-cut law of 2017 and are designed to spur economic growth in low-income areas by offering tax perks to investors.

The two firms unveiled plans for the project with Tru in late 2019.

Silverstein says it has developed, owned and managed more than 40 million square feet of real estate. Founder Larry Silverstein signed a 99-year lease on the World Trade Center in summer 2001, several weeks before the twin towers were destroyed in the 9/11 terrorist attacks, and his company has since built multiple office towers there.

Burger, who was named CEO of Silverstein in 2014, is a former executive with the Related Companies, another big New York developer.

He was president of Related’s Las Vegas operations from 2004 to 2006 and worked on World Market Center, the massive furniture showroom hall downtown that opened in 2005, as well as two high-rise projects near the Strip that never materialized, Icon and Las Ramblas, whose sites were instead flipped to new owners.

Icon was planned as a condo project with two 48-story towers on Convention Center Drive. Related acquired the site in 2004 for $15 million; scrapped the project in 2006, citing, in part, increased construction costs; and sold the property that year for $37 million, according to news reports and county records.

Related also was part of the group – with actor George Clooney and others – that set out to build Las Ramblas, a $3 billion hotel-condo project on Harmon Avenue near Koval Lane. The developers unveiled project plans in 2005, acquired the site for around $80 million, and then sold it for about $200 million in 2006, county records have shown.

Burger also told the Review-Journal on Thursday that he is personally an investor in Virgin Hotels Las Vegas, which, after two delayed openings amid the pandemic, is slated to debut March 25 following its roughly $200 million transformation from the former Hard Rock Hotel.