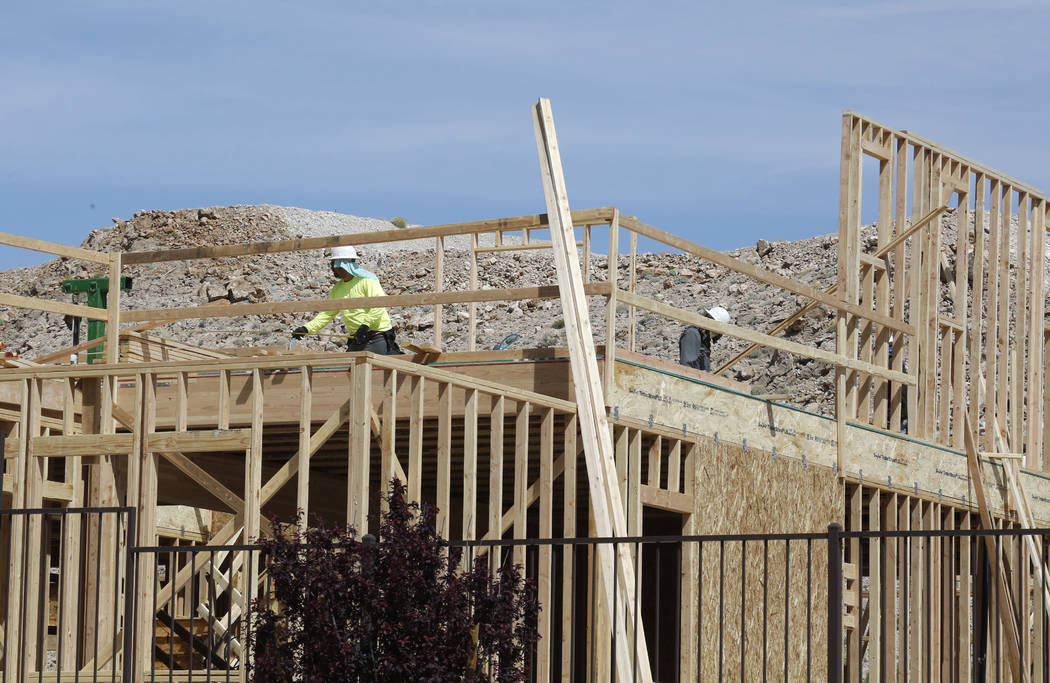 Las Vegas home prices are rising at one of the fastest clips in the country, with builders fetching record dollar amounts and resale values approaching prior highs.

The growth is so fast that, according to a new report, prices here are the most overvalued in the country. 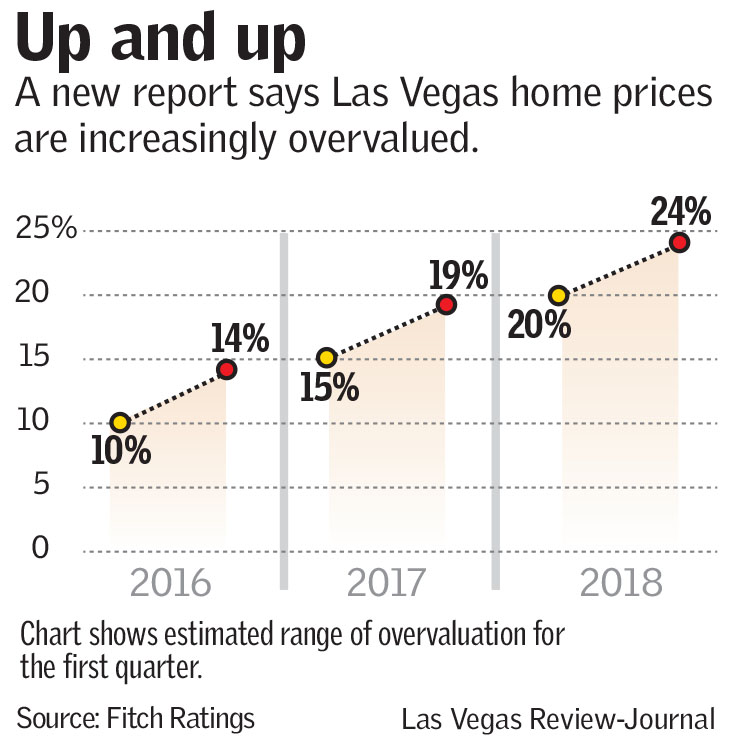 Las Vegas was the most overpriced market among the 20 listed in Fitch’s report. The credit-ratings company deemed prices sustainable in six metro areas, undervalued in two, and overvalued in the rest.

Locals often wonder whether Las Vegas is in another bubble, and Fitch’s report might be viewed as a warning of sorts about the valley’s increasingly heated housing market.

But the leader of Southern Nevada’s largest real estate association strongly disagreed with the findings, citing, in part, differences between today’s market and that of the mid-2000s, when Las Vegas was ground zero for America’s housing bubble and not long before it was the epicenter of the crash.

For its report, Fitch looked at, among other items, unemployment, household income, rent levels and mortgage rates, according to Fitch analyst Grant Bailey.

Las Vegas’ rebound from the recession has been strong, but it has sparked momentum that has caused “prices to overshoot,” he said.

Bailey added that prices show “no sign of slowing down” and instead keep accelerating.

The median sales price of previously owned single-family homes, the bulk of the market, was $295,000 in May, up 18 percent from a year earlier, the Greater Las Vegas Association of Realtors reported.

In May 2017, by comparison, the median price was up 9 percent year-over-year.

By almost any measure — among them, builders’ sales totals and mortgage lending volume — Las Vegas’ housing market remains below its boom-era highs. Perhaps the only aspect to hit new records is builders’ sales prices.

The median resale price of a single-family house peaked at $315,000 in mid-2006 but could reach that level this year, the GLVAR recently said.

GLVAR President Chris Bishop, of Coldwell Banker Premier Realty, said Wednesday that Fitch’s conclusion about Las Vegas “makes no sense at all.” He cited the shrunken unemployment rate, the pipeline of projects on the Strip and the high demand from buyers.

Despite a plunging availability of houses for sale, around 46,600 homes traded hands in Southern Nevada last year, the third-highest tally on record, according to the GLVAR.

“We have consumers all day long, ready, willing and able to purchase homes in Southern Nevada,” Bishop said.

Asked if he thinks prices are inflated to some degree amid low availability, Bishop replied, “That’s hard for me to say in my position,” adding that he is not an economist.

But he noted that mortgage lending is tighter than it was in the mid-2000s, when practically anyone could get a home loan, and that jobs are growing.

Las Vegas’ unemployment rate in April, 5 percent, was higher than the U.S. average of 3.7 percent, but it’s down from a peak of 14 percent in 2010, when the economy was in shambles, federal data show.

“Prices would be inflated if there was nothing substantial in the economy to back it up,” Bishop said.