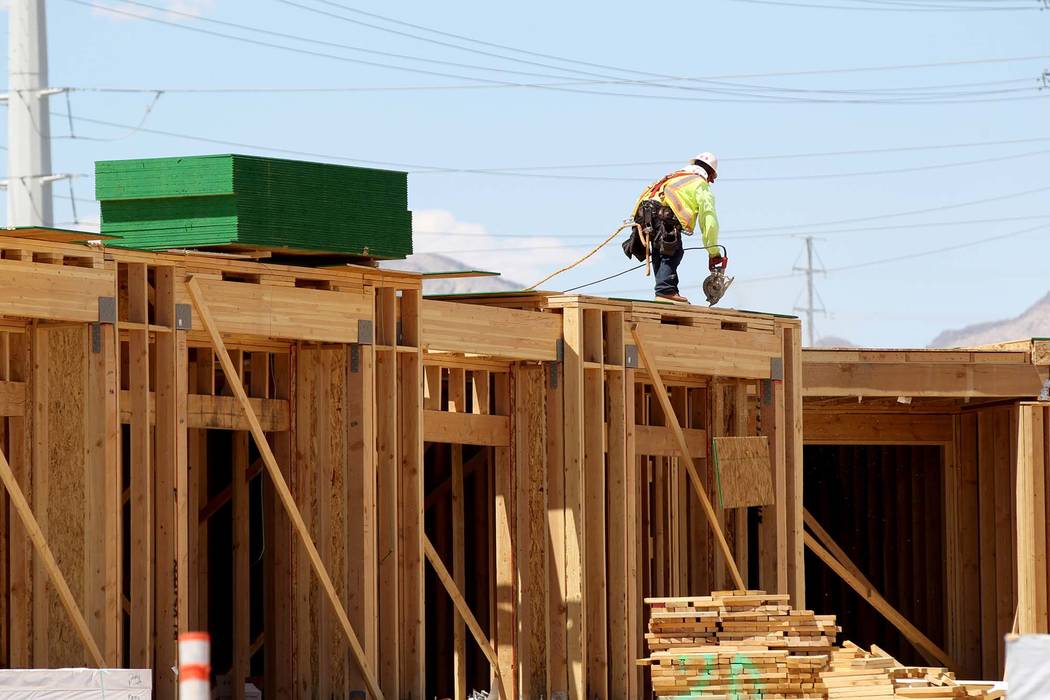 Amid rising prices and affordability concerns, Las Vegas homebuilders are rolling out a bigger menu of less-expensive projects, a new report shows.

About 25 percent of communities that opened this year have an average base asking price below $300,000, up from 12 percent of projects in 2017, Home Builders Research reported Friday.

The Las Vegas firm attributed the rising share to more projects in areas with cheaper land prices, such as Pahrump, portions of North Las Vegas and the eastern Las Vegas Valley. It also cited builders’ rising number of condo and townhouse developments.

Builders here and in other cities are offering lower-priced homes to “maintain” their sales volumes, the report said.

Overall, Las Vegas home prices are rising at one of the fastest rates in the country, and builders have fetched record dollar amounts and the most sales in a decade.

Resale prices are rising about twice as fast, but the gap between what builders and regular homeowners sell for in Las Vegas remains much wider than the national average.

In Clark County last month, the median sales price of new homes was $110,990 higher than that of previously owned homes, a 43 percent price gap, according to Home Builders Research data.

Nationally last month, the median sales price of new homes was $48,200 higher than resales, an 18 percent price gap, according to National Association of Realtors and U.S. Census Bureau figures.

Meanwhile, in prior reports this year, Home Builders Research President Andrew Smith and founder Dennis Smith have said “the affordability issue in Las Vegas is more unmistakable” and “there is nothing on the horizon that can improve” it, and it’s “no secret” to any builder in town that there is demand for affordable new homes.

A total of 61 communities have opened so far this year, compared to 82 all last year, according to Home Builders Research.