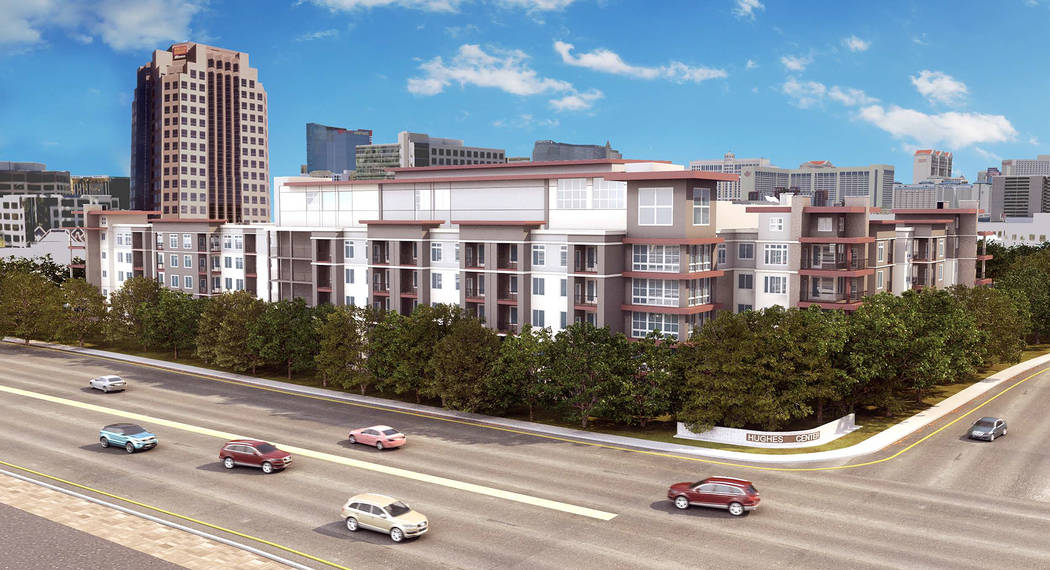 The Calida Group is developing a 368-unit apartment complex, a rendering of which is seen above, in the Hughes Center office park east of the Las Vegas Strip. (The Calida Group) 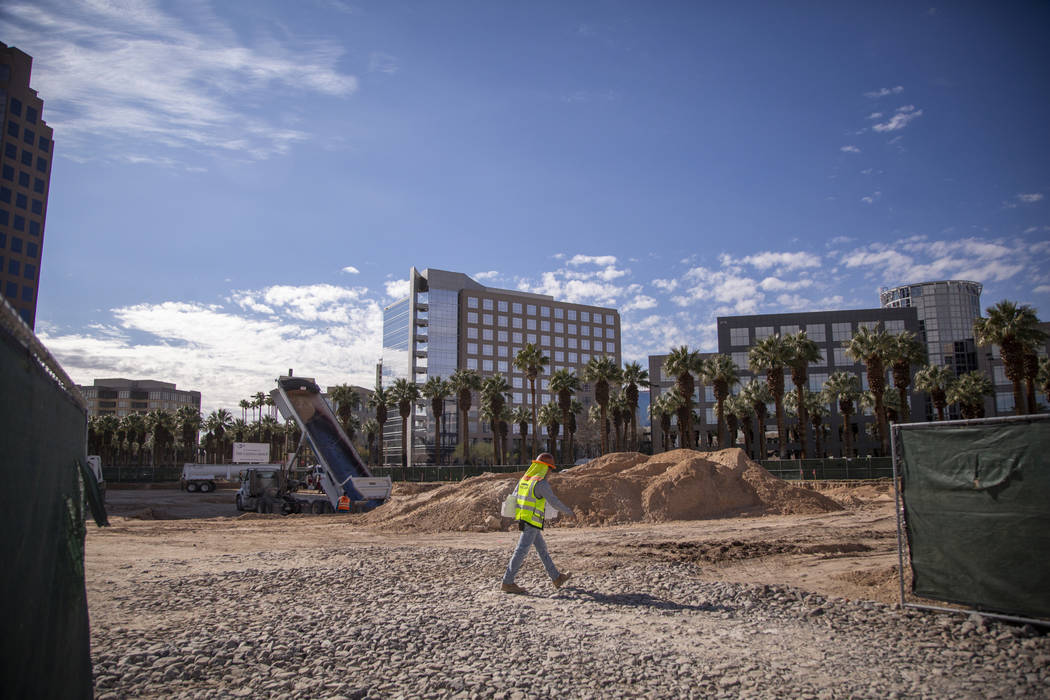 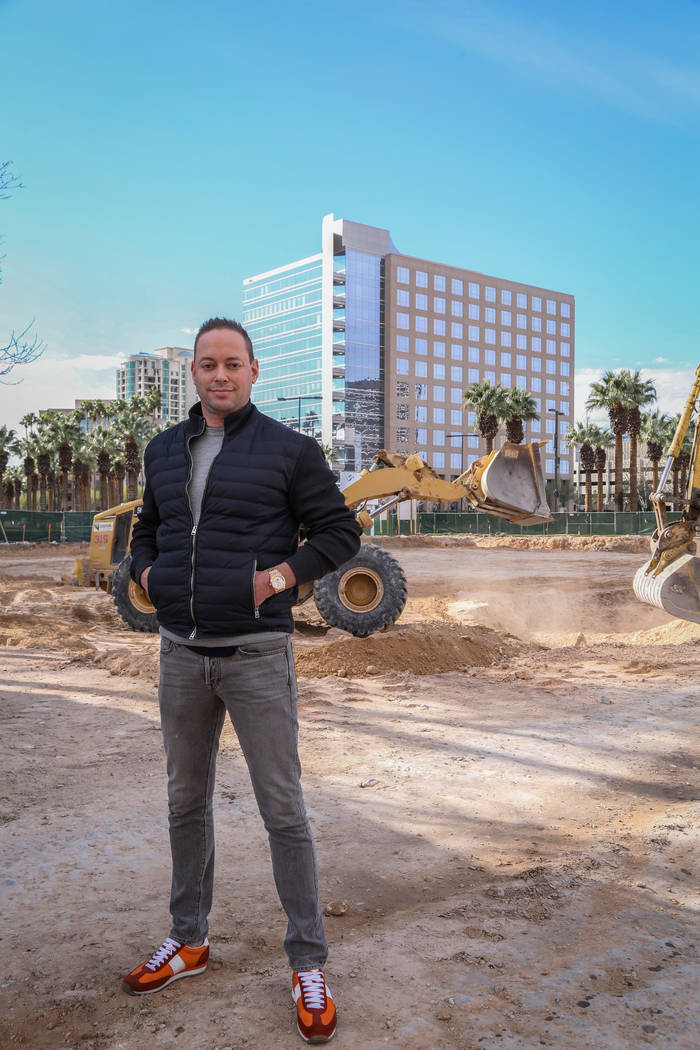 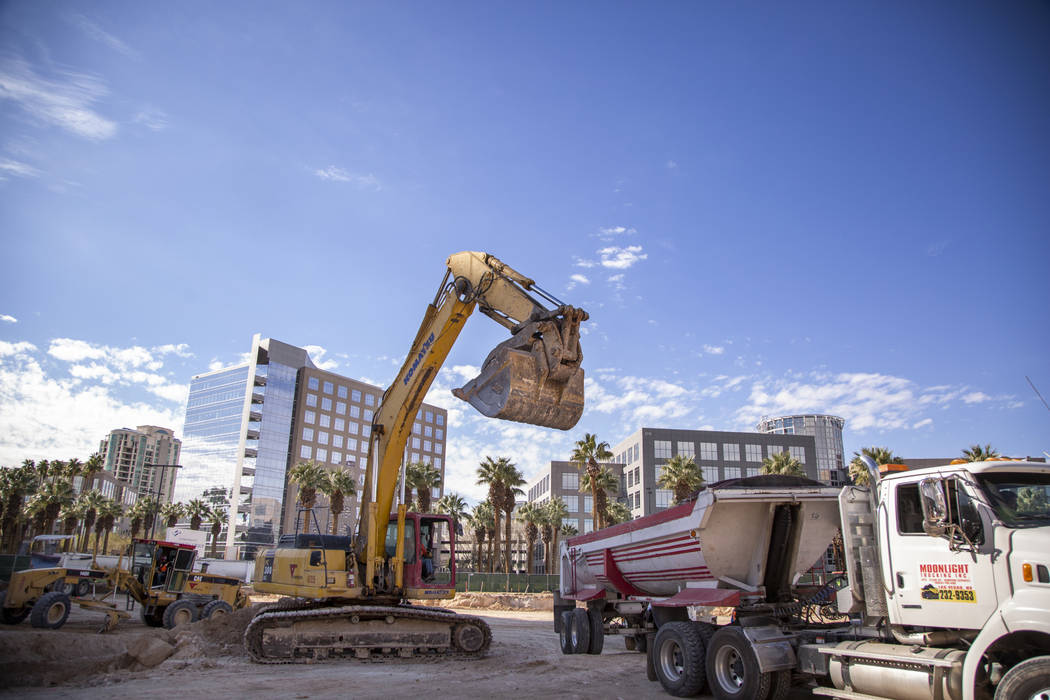 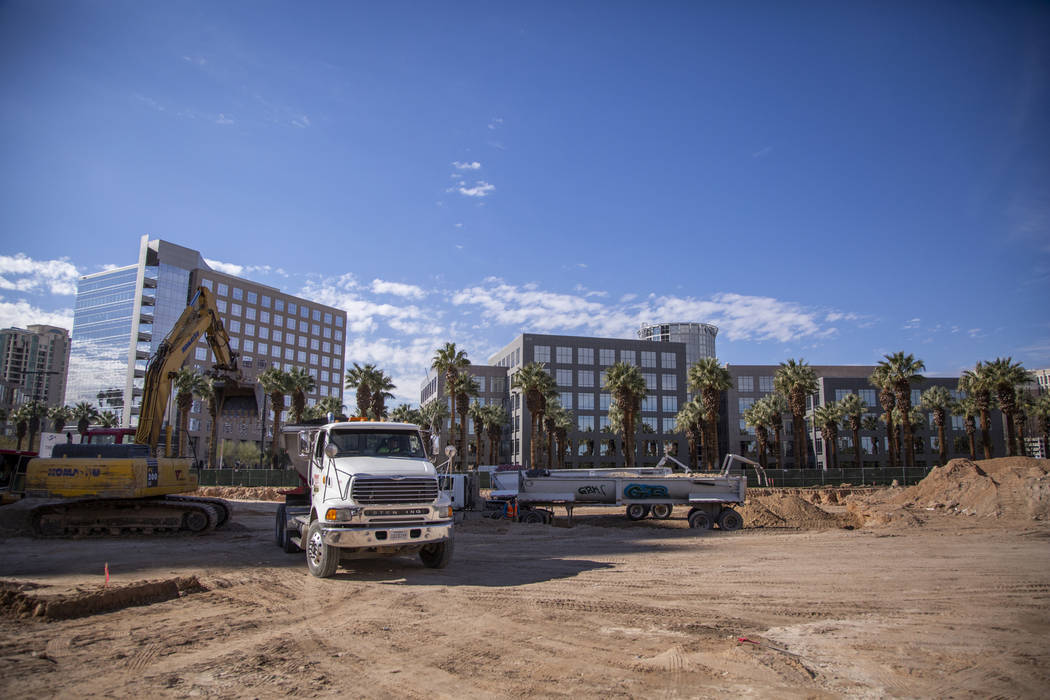 Eric Cohen is part of a wave of developers who have flooded the Las Vegas suburbs with new apartments in recent years.

For one of his newest projects, however, he’s building in a markedly different location: an office park near the Strip.

Cohen’s company, The Calida Group, is developing a 368-unit luxury rental complex in the Hughes Center, a mile east of Las Vegas Boulevard. Construction started a month ago and is expected to finish in about 19 months, Cohen said.

The total project cost is more than $100 million, he said.

It won’t be the only residential property at the Hughes Center – the Park Towers condo complex opened in 2001 – and Cohen said he’s “heard a little bit about some office tenants” being unhappy with the construction.

But as he sees it, the rental project is in an “amazing location” right near thousands of jobs in the 68-acre office park and walking distance from dozens of restaurants.

“We thought this would be a really nice alternative to the high-rises that are on the Strip,” said Cohen, co-founder of Las Vegas-based Calida.

The 6-acre complex, Elysian at the Hughes Center, is at the northern edge of the office park next to the Wells Fargo tower. Plans call for two five-story residential buildings, each wrapped around a six-level parking garage.

Rents will probably range from about $1,400 to $5,000 per month depending on the apartment, and amenities are slated to include a roughly 10,000-square-foot gym, steam and sauna rooms, a virtual-reality sports room, and outdoor movies, according to Cohen.

Southern Nevada’s apartment-construction boom has been heavily concentrated in the suburbs, especially the southwest valley and Henderson, though Calida’s new complex is part of a small but growing tally of urban-area projects.

Others include Fremont9, downtown next to Atomic Liquors, and Lotus, on Spring Mountain Road in the Chinatown area.

Compared to the suburbs, land prices and construction costs are higher in Las Vegas’ core, and real estate pros haven’t been convinced that tenants are willing or able to pay the high rents that are needed to make projects there work financially.

The end result is that bankrolling urban projects is tougher. Cohen, for one, said it was “definitely more difficult” to secure funding for the Hughes Center project because of its higher cost.

“It’s not your typical suburban deal that we’ve done in the past,” he said.

Calida obtained a $64.4 million construction loan in October from BMO Harris Bank, a year and a half after it purchased the project site, Clark County records show.

“BMO was excited to be a part of the project, given the lack of competitive new supply developed in the submarket over the last ten years and the strong demand, which supports the feasibility of the project,” Kim Liautaud, the bank’s head of U.S. commercial real estate, said in a statement.