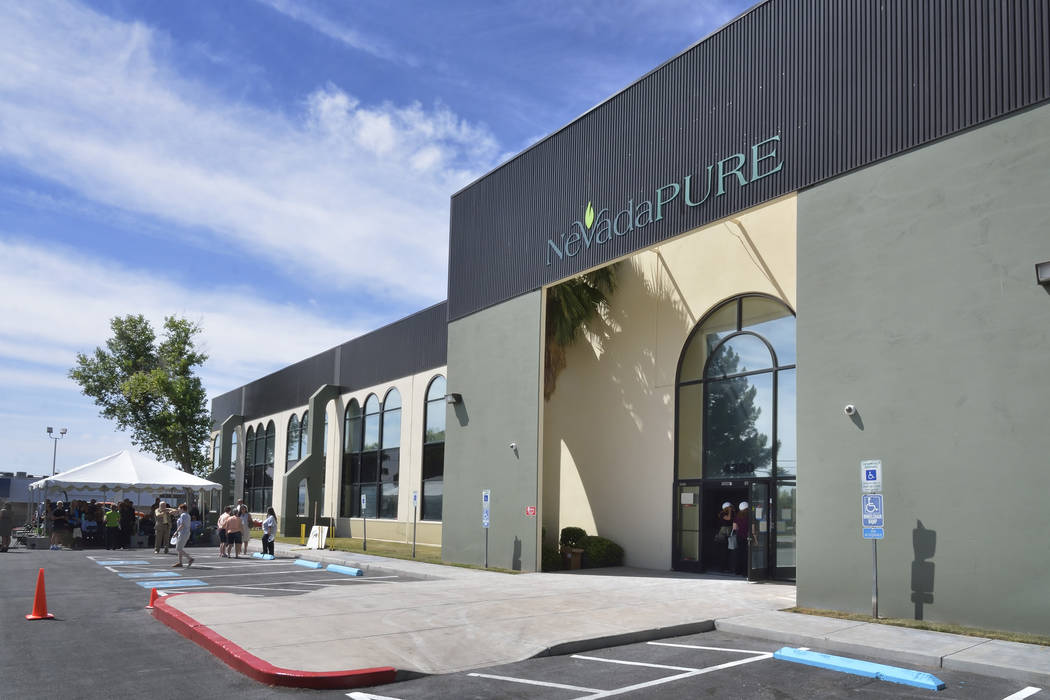 The exterior of a 70,000-square-foot building scheduled to house NevadaPURE's medical marijuana operation is shown during groundbreaking ceremonies at 4380 S. Boulder Highway in Las Vegas on Wednesday, May 27, 2015. (Bill Hughes/Las Vegas Review-Journal)

A Las Vegas grower intends to pay $28 million in cash for a local marijuana store.

GB Sciences wants to buy NevadaPure, which does business as Shango, near Boulder Station in east Las Vegas.

The deal includes the cash and assumption of $5 million in liabilities. GB Sciences will conduct due diligence for about a month to make sure the purchase follows regulations.

The purchase would give GB new licenses for growing and selling marijuana, according to a March 28 statement.

NevadaPure produces 350 pounds of dried cannabis a month from a 72,000-square-foot-building.

Alicia Ashcraft, an attorney specializing in marijuana establishments, said cannabis companies buying other companies for their buildings and licenses has gained momentum over the past year.

Ashcraft said GB’s status as an over-the-counter publicly traded company is good for the deal.

Over-the-counter public companies are traded off formal exchanges such as the New York Stock Exchange.

“It adds another layer of regulatory oversight in having companies involved that are subject to securities laws and also provides operating companies with a better source of capital,” said Ashcraft, who did not work on the deal.

GB Sciences made headlines back in 2014 when it sued over licensing discrepancies between the state of Nevada and the city of Las Vegas. The company also made news when the wife of slot machine route operator Bruce Familian had to sell her stake so that he could get a gaming license.