RJ App
Vegas News, Alerts, ePaper
OPEN
Dapper Companies founder J Dapper said this week that he hopes to get a building permit in the next 60 to 90 days for the first phase of The Bend, which will include a pickleball business. 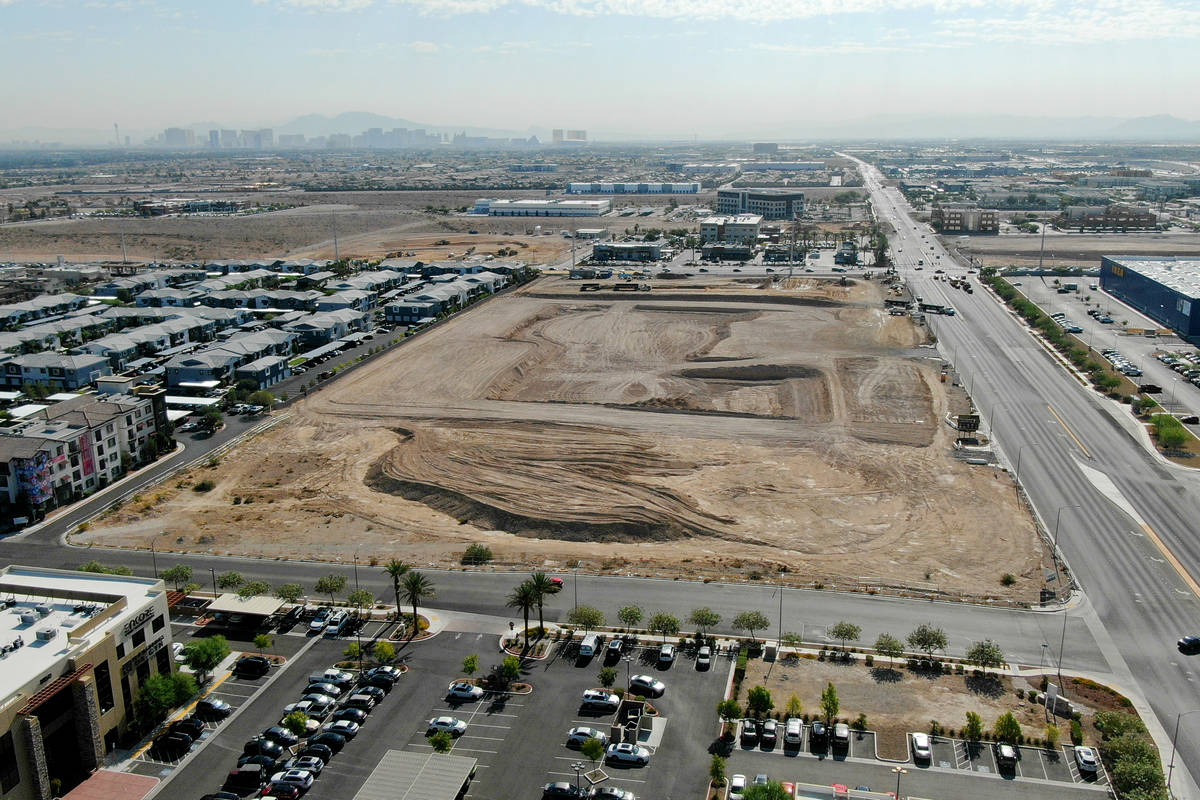 An aerial view of The Bend, a proposed retail complex in the southwest valley on Sunset Road between Durango Drive and South Riley Street, across from Ikea on Tuesday, August 10, 2021. (Michael Quine/Las Vegas Review-Journal) @Vegas88s 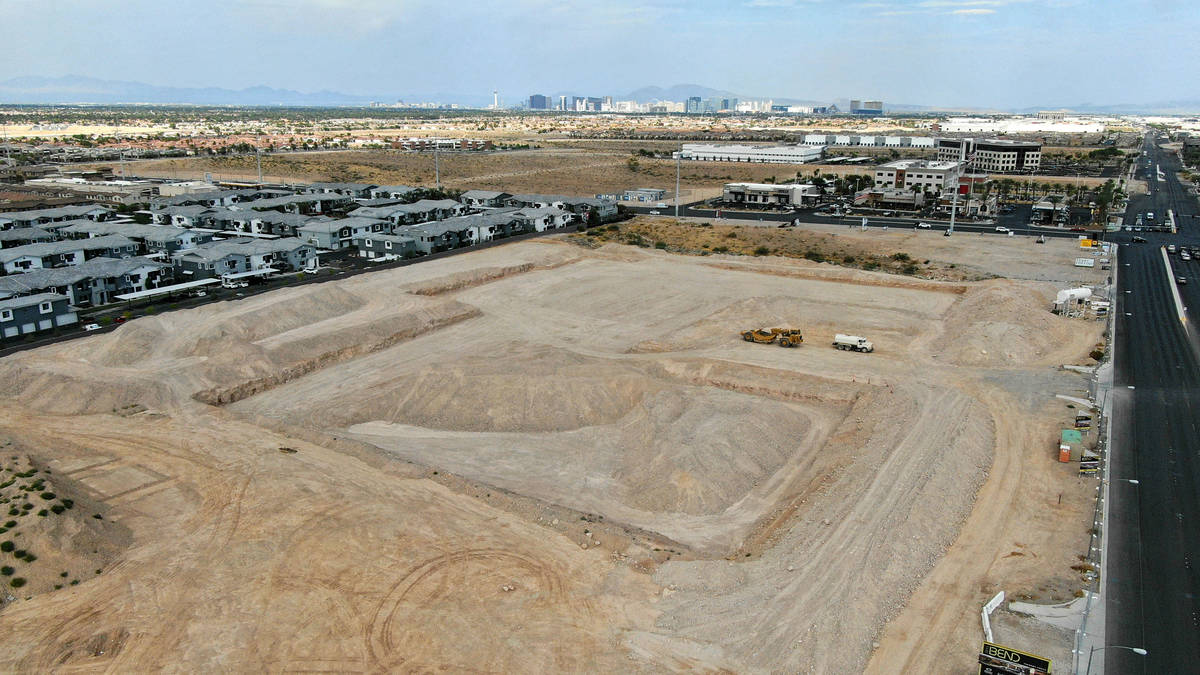 An aerial view of The Bend, a proposed retail complex in the southwest valley on Sunset Road between Durango Drive and South Riley Street, across from Ikea on Thursday, August 13, 2020. (Michael Quine/Las Vegas Review-Journal) @Vegas88s 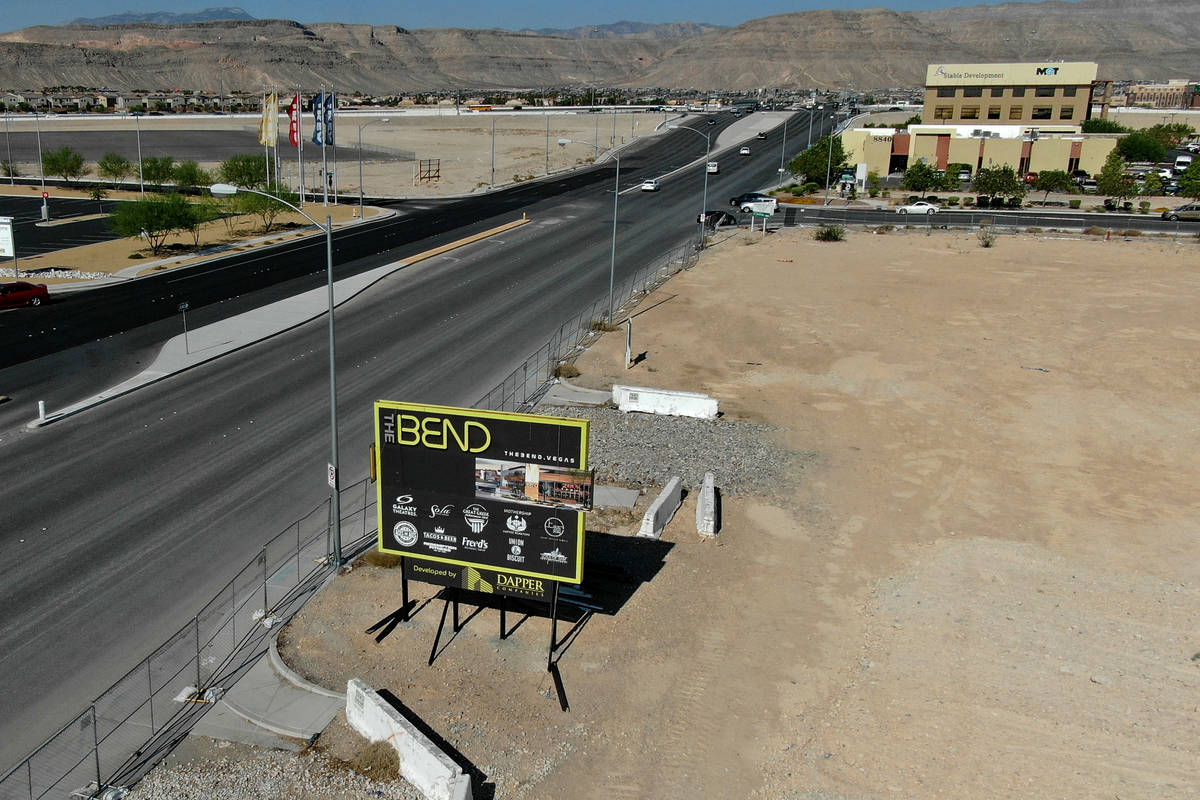 An aerial view of The Bend, a proposed retail complex in the southwest valley on Sunset Road between Durango Drive and South Riley Street, across from Ikea on Tuesday, August 10, 2021. (Michael Quine/Las Vegas Review-Journal) @Vegas88s

After a series of redesigns and other delays, a Las Vegas developer expects his planned retail project across from Ikea to start taking shape in the coming months.

Dapper Companies founder J Dapper said this week that he hopes to get a building permit in the next 60 to 90 days for the first phase of The Bend, and that he would immediately start vertical construction and finish about 10 months later.

He also said that he replaced The Bend’s planned Galaxy movie theater with a pickleball and restaurant business.

Situated in the fast-growing southwest valley, The Bend has been on the drawing board for years and is designed to be heavy on food and beverage outlets. But the project, on Sunset Road just west of Durango Drive, has shown little progress beyond some initial site work.

Dapper, however, said that nearly all the tenants he lined up before the pandemic hit are still in place, that he lined up a few more afterward, and that he still hopes to add a movie theater at some point.

All told, The Bend, as currently planned, will sit on about 9.7 acres and feature roughly 158,500 square feet of retail and a five-level parking garage. 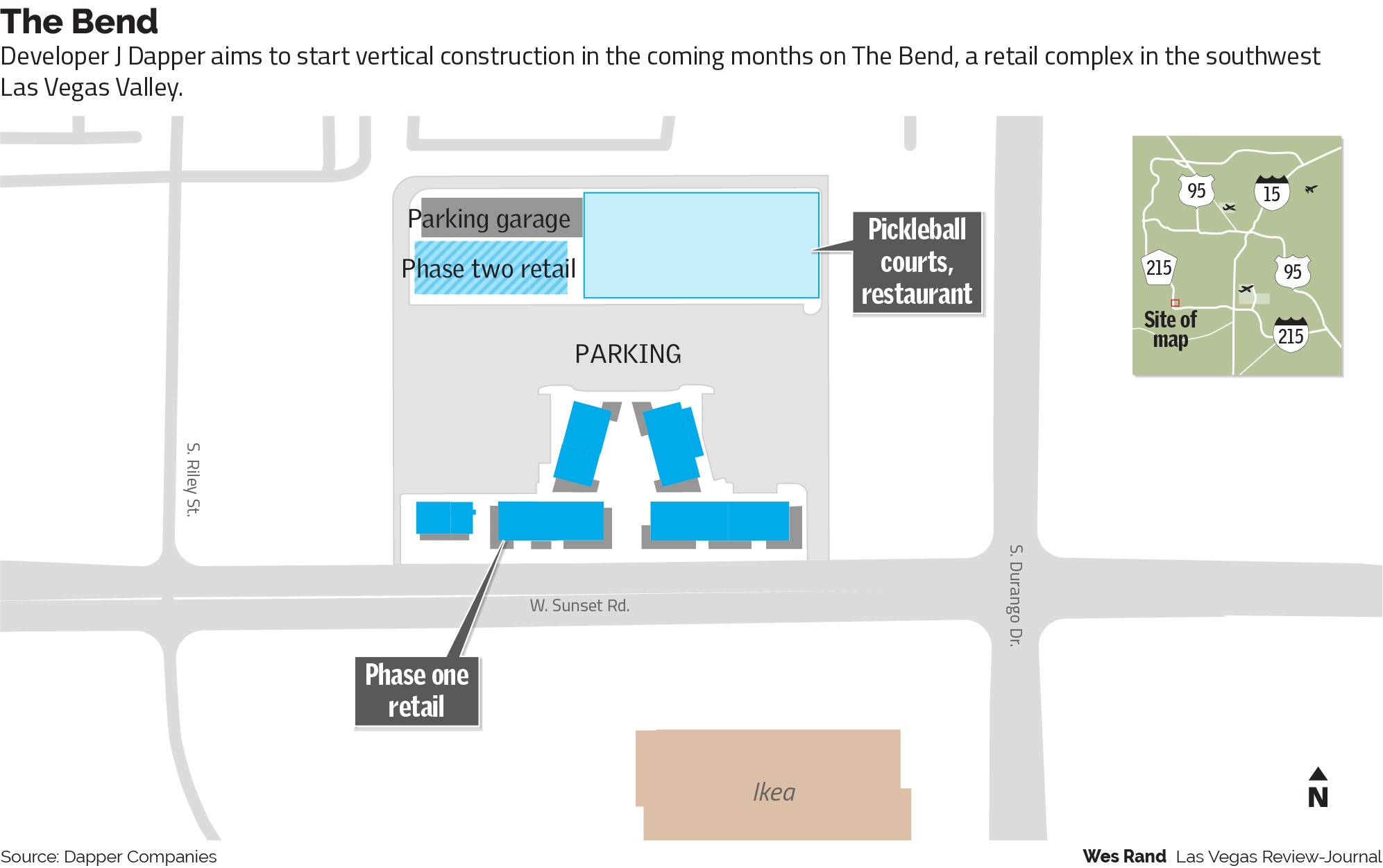 His construction lenders weren’t comfortable financing a project that would be anchored by a multiplex, given the industry’s “tremendous challenges,” Dapper said, adding that many theaters still haven’t reopened from pandemic-sparked closures.

He also said that he was in contact with Galaxy the whole time and that they had an “amicable split.”

Galaxy Theatres President Rafe Cohen did not respond to requests for comment.

Dapper, who scrapped The Bend’s underground garage in favor of the above-ground structure, a savings of about $33,000 per stall, also cited “difficulty” in obtaining permits, adding that all the changes he’s made require new approvals from Clark County.

He also said that the new major tenant is so unconventional that he initially had some doubts about the business.

But now, Dapper said, “I’m pretty excited about it.”

Electric Pickle, launched by owners of the Eureka burger chain, aims to open its Las Vegas outpost by the end of 2022, co-founder Paul Frederick said.

He said that the location is a regional draw that can pull customers from Summerlin and Henderson and that the business is designed as a place for people to hang out, play games, and eat and drink.

Las Vegas fits the group’s idea of a target market: a rapidly growing region in the Sun Belt, letting people socialize outdoors much of the year, Frederick said. He noted the group is also working on locations in the Austin, Texas, area and in Tempe, Arizona.

Dapper unveiled plans for The Bend in late 2017, and his company later announced it expected to break ground by the end of 2018.

Ultimately, he started site work around early last year after a series of redesigns and a change in the project’s lead architect, saying at the time that dealing with county officials, design professionals and others “just doesn’t happen overnight.”