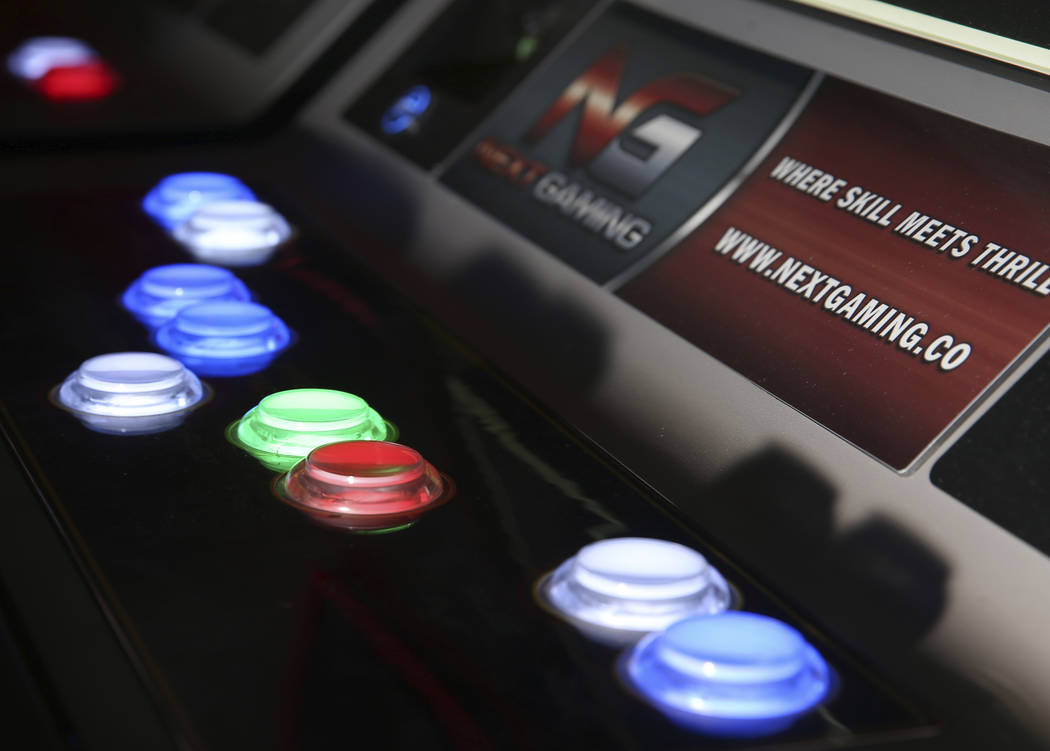 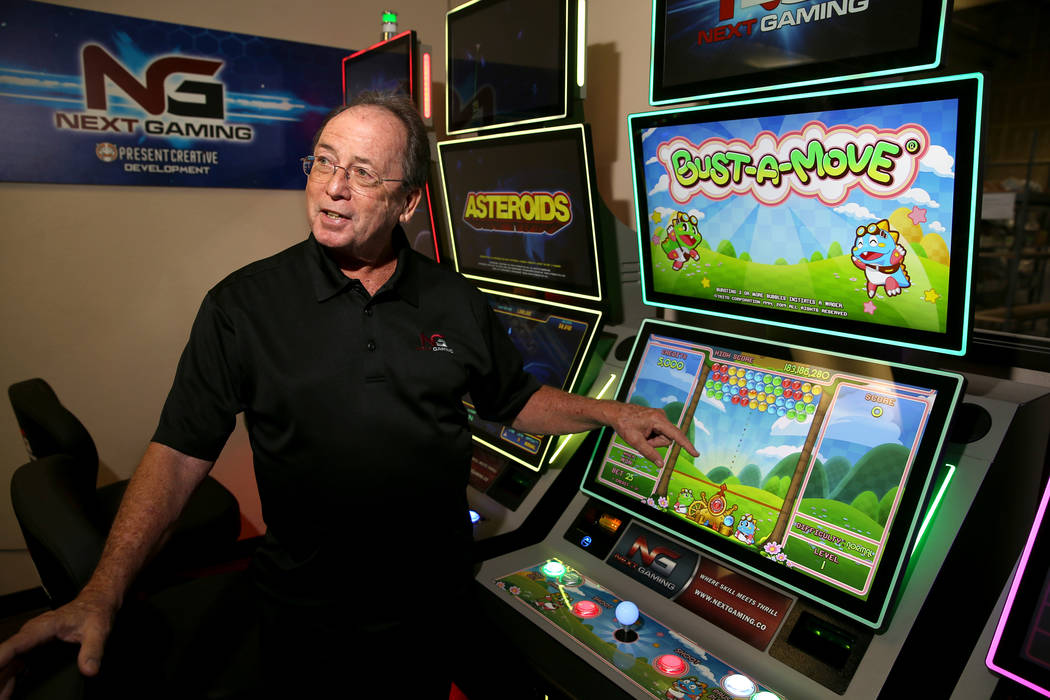 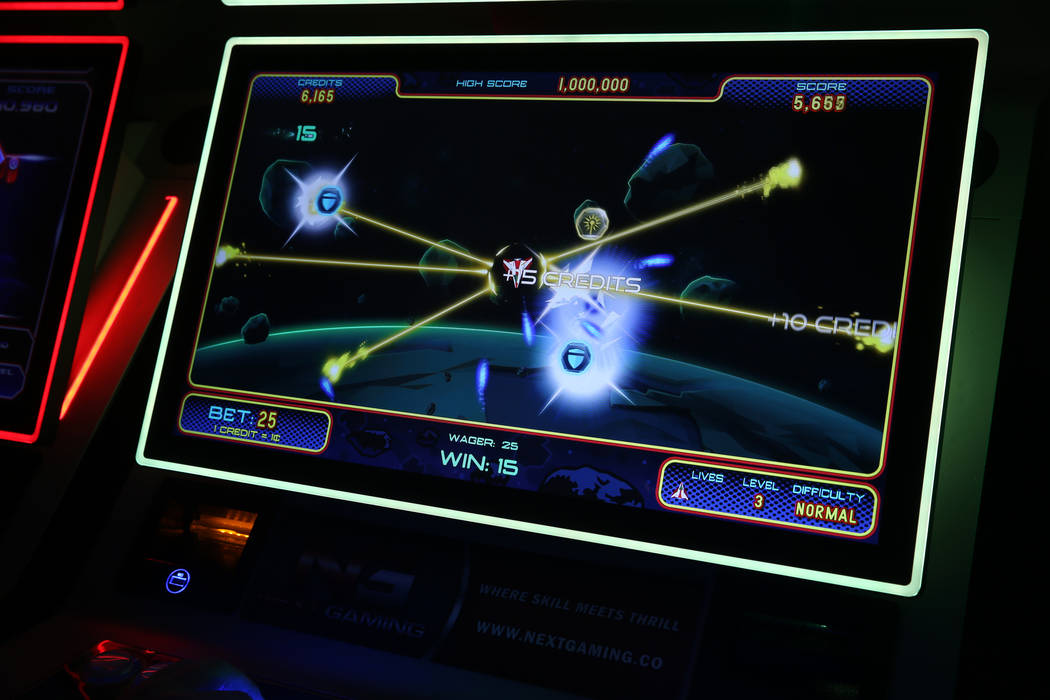 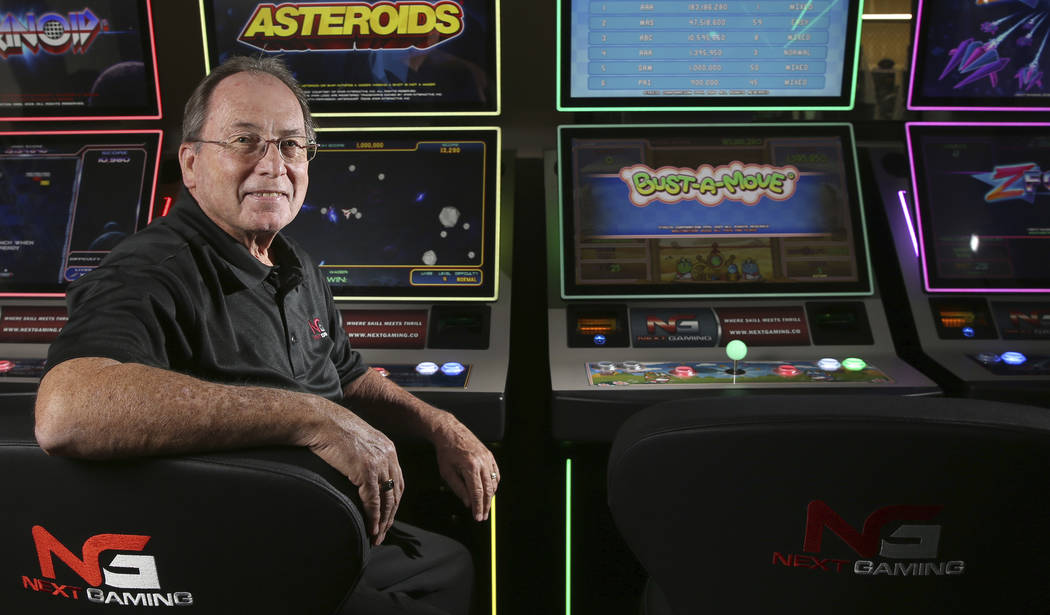 When showing off the latest innovations from Next Gaming, Mike Darley is more than just CEO of the slot machine manufacturer. He’s also the captain of a spaceship.

He flies his ship across the dark canvas of space, blasting lasers as space rocks barrel toward him. Eventually, it gets to be too much — his spacecraft takes one final blow from a rock before exploding. The game’s title, Asteroids, appears on the screen.

Darley’s game is just like the classic Atari game, albeit with one major difference: This machine gives players the chance to win their money back.

Next Gaming and other local slot manufacturers have been working to integrate video game concepts to attract players. While some expect this tactic will be a game-changer in the industry, others say it’s going to take a lot more to make people want to invest in skill-based games.

Next Gaming has partnered with video game companies Atari and Taito to transform classic arcade games such Asteroids, Tempest, Missile Command and Arkanoid into slot machines. Once state regulators give the go-ahead, the games will go on trial at Planet Hollywood and The Linq Hotel, Darley said.

Marcus Prater, executive director of the Association of Gaming Equipment Manufacturers, said the familiarity of the Atari and Taito brands could help Next Gaming’s machines stand out.

Additionally, Darley expects players will be drawn to the sense of control they get from the skill-based games.

“They like to play games where they have some influence over the outcome,” he said.

A September report from skill-based game developer Synergy Blue that surveyed more than 1,000 gamblers, 79 percent of people would be more likely to visit casinos if the games were more like video, arcade or mobile games.

If “they believe their abilities improve their odds,” then they’re more attracted to the game, said Synergy Blue CEO Georg Washington. “People expect more. They want more of that interaction.”

Even if the games make players feel more in control, they rely on luck as much any other slot machine.

“There has to be a hold in the casino,” Darley said. “These games are designed so that if you’re really, really good, your chances of winning more frequently are higher. But there’s no guarantee that you’re going to win every time.”

That design could backfire on the machine’s success.

“People might feel misled, thinking if they’re really skillful, they’re going to win money,” said John Acres, founder of the Las Vegas-based gaming technology company Acres 4.0. “All it means here in Nevada is I will lose more slowly. … (and unlike the arcade games), it costs a heck of a lot more than a quarter.”

While Las Vegas has been attracting more millennials in recent years, this demographic doesn’t spend as much time on slot machines when compared with time spent by older generations.

In 2017, 72 percent of millennials — those between 23 and 38 — gambled while in Las Vegas, less than the average visitor rate of 74 percent, according to a 2019 report from the Nevada Resort Association.

Younger visitors who do gamble tend to do it less often. Millennials spent an average of 1.1 hours gambling per day, according to the resort association report. Generation X, those age 39 to 54, spent in an average of 1.6 hours, and baby boomers, those between 55 and 73, gambled an average of two hours per day.

Darley said arcade-style games could be a draw for the millennial generation that’s been long sought after by casino operators.

“We’ve chosen to target a very broad demographic … (from) baby boomers to the younger millennial,” he said. “The younger generation relaxes by intensity. They like to be in something all the time … so when they play these games, it’s an immersive experience.”

But according to Washington, millennials may not be the best target demographic for these games.

“(I’m) not saying we don’t have games for millennials,” he said. But “we really go out for the contemporary baby boomer and Gen X because they have more disposable income and time.”

Despite garnering a lot of buzz in 2016 and 2017, skill-based games have failed to meet expectations.

“I’m not excited about skill-based games,” Acres said. “As of now, they don’t tip the scales very well. … They don’t compare to the (games) at home, and they cost a lot more.”

SunTrust Robinson Humphrey analyst Barry Jonas said he also has yet to see many gains from the machines.

“Skill-based gaming has been around now for a little while. We just haven’t seen that traction just yet,” Jonas said. “We’re still waiting to see real momentum.”

Washington said he believes manufacturers just need more time, adding they shouldn’t be judged as a whole based on the handful of skill-based games that have already hit the market.

“There hasn’t been a lot of times to get (skill-based games) through licensing, to get them into the market,” he said. “We’re developing things over time and adjusting and so forth. It’s more of an art than a science.”

Prater said he’s been preaching patience on skill-based games since they first rolled out.

“I said it’d be a five-year rollout before we could make a judgment, and we’re only in year three,” he said. “I get it, people want to see cool stuff shoot to the moon, but it doesn’t work that way in our business. … I believe it will be a good segment for our business going forward.”

Darley has hopes that the next generations will be able to look back at the mistakes of the first skill-based games and offer improvements that attract more players.

“Not everything is going to work all the time,” he said. “You’ve got skill-based gaming that’s maybe in a three-year revolution. That’s a short time to prepare. … It’s going to evolve.”