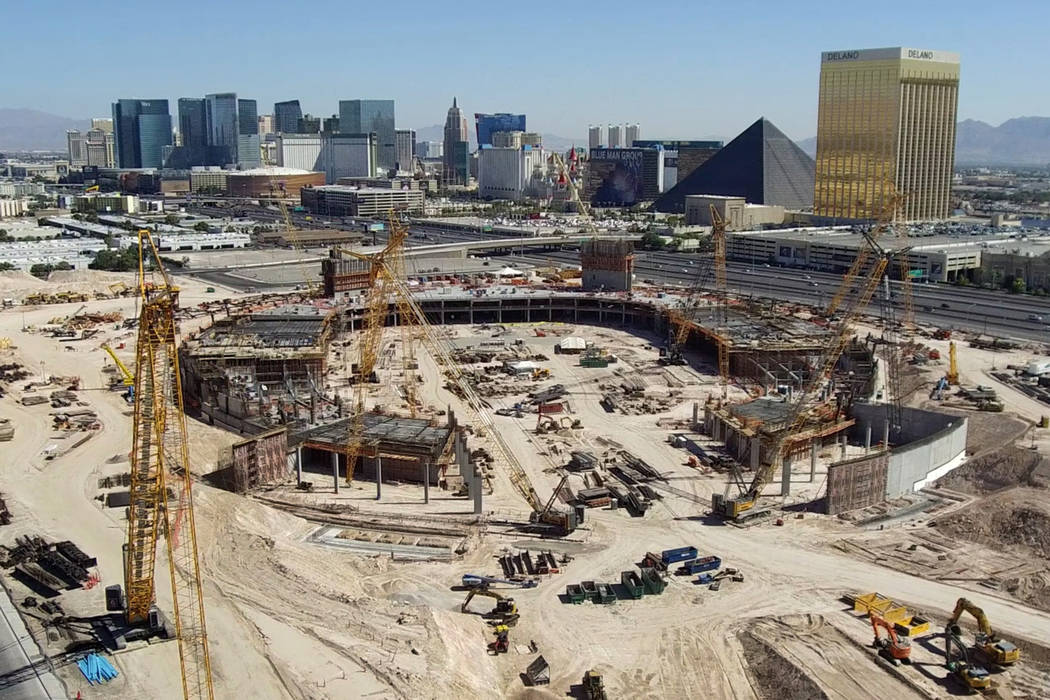 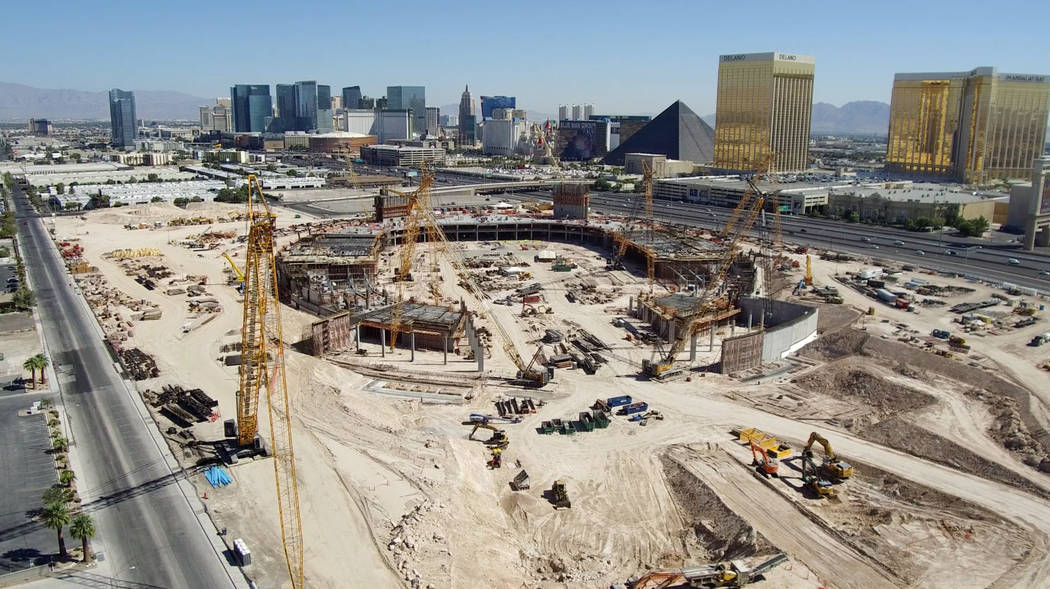 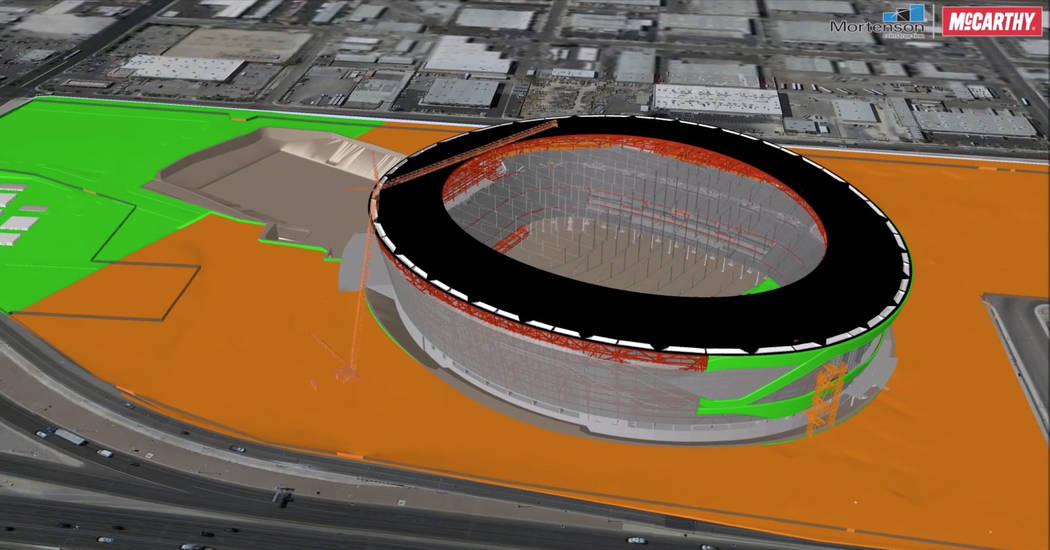 Animation shows what the Raiders stadium will look like on Sept. 21, 2019. (Mortenson and McCarthy)

MGM Resorts International isn’t happy with the Oakland Raiders’ parking plan for the 65,000-seat indoor football stadium the team is building across Interstate 15 from Mandalay Bay and Luxor.

Bill Hornbuckle, an MGM executive and one of the nine members of the Las Vegas Stadium Authority board, on Thursday said his company fears that its customers would be “choked out” by people wanting to park close to the stadium on event days.

“Despite that what would be perceived as an opportunity, I still remain … concerned by where we ended up,” Hornbuckle said after the stadium development company’s chief operating officer, Don Webb, gave the authority board an update on the team’s parking plan.

Where they “ended up” was a parking plan unveiled to the Clark County Commission Sept. 5 proposing four parking lots where ticket holders would be directed to park and then shuttled by bus to the stadium.

Each of the four lots are more than a mile away from the stadium, which led Hornbuckle and MGM to fear that people would instead park at the closer Mandalay Bay, Luxor and Excalibur parking facilities and walk to the stadium.

“This community knows all too well that we charge for parking so the essence of MGM not benefiting from this is not lost on us,” Hornbuckle said. ”On a Saturday, we’re petrified we’re going to get choked out,” he said.

Webb assured Hornbuckle that the Raiders’ parking plan is still a work in progress and that they would continue to revisit the issue.

“Parking is never going to be a static issue,” Webb said. “Transportation options will change over time. People’s habits will change over time. The stadium mix and other events occurring in the neighborhood will occur over time. There are so many conditions that should cause us to constantly be rethinking parking and transportation that it’s difficult, and I think impractical, to say we have a solution and that’s the solution for the next 30 years.”

Webb said the team would continue to refine the plan as the planned July 31, 2020, opening date draws closer.

In an update on the status of the $1.8 billion project under construction at Interstate 15 and Russell Road, Webb said stadium construction continues to be on schedule. He showed board members two videos, one with a Sunday drone flyover of the construction site, and another with a computerized schedule visualization showing active construction zones and onsite work, including the placement of cranes and materials.

Webb said some of the cement pours were resequenced at the tall elevator shafts on the north end of the stadium, but that work was modified to keep the project on time.

The Raiders and the UNLV football team are scheduled to begin playing its first games in the new stadium for the 2020 season. Raiders President Marc Badain said Thursday that there is still no agreement on where the team would play the 2019 season. The Raiders are contracted to play at Oakland-Alameda County Coliseum through this year, but have yet to sign a deal on a one-year extension of that agreement.