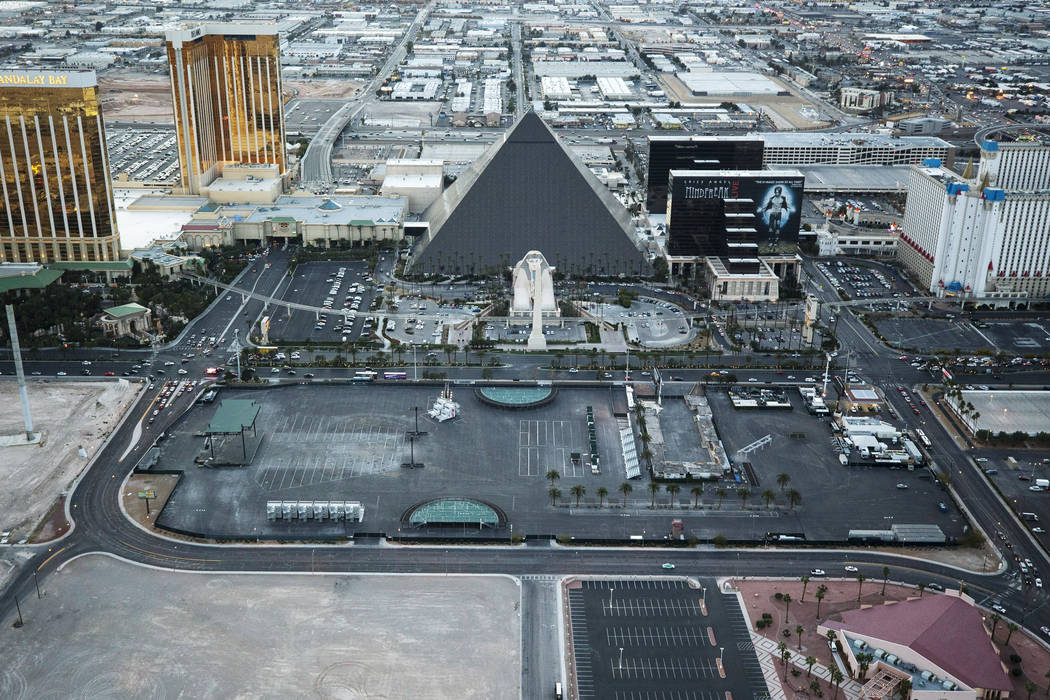 MGM Resorts International confirmed no tailgating will be permitted on the 15-acre parcel where the Route 91 Harvest festival shooting occurred on Oct. 1, 2017. The attack left 58 concertgoers dead and more than 800 injured.

The company announced Tuesday its plans to use the land as a parking lot for Allegiant Stadium events and eventually build an athletic center and community gathering point on the site.

“We know that for many, the Village property will forever be linked to the tragic loss of life that took place there on October 1st,” the company said in a news release. “We will never forget the victims, and all of those impacted by that evening.”

Those who park at the site may instead be able to partake in nearby tailgating events.

MGM Chairman and CEO Jim Murren said his company — which operates Mandalay Bay, Luxor and Excalibur, each of which are in the stadium’s vicinity — intends to offer pregame and postgame tailgating experiences for events at the $1.9 billion 65,000-capacity stadium.

Details on what exactly those plans entail have not been released.

Clark County and MGM also are planning an enhanced experience for the estimated 25,000 people who will cross the Hacienda Avenue bridge on game days. Hacienda will be closed to vehicle traffic between Polaris Avenue and the south end of the Las Vegas Village lot for stadium events.

“MGM has some very creative ideas on how to help us activate that,” Las Vegas Stadium Co. Chief Operating Officer Don Webb said in May. “Our goal is to not just provide safe means for people to walk over to the stadium from the Strip … but we’ll want that to be really a first-rate experience for them as well.”

It’s unclear how many parking spaces will be available at the newly added Las Vegas Village site. But the space serves to expand on the already established 2,725 available parking spaces at the stadium and 11,925 available spaces located in four separate satellite parking lots.

The stadium company also has been acquiring real estate near the stadium, which Webb has said will be developed for parking. Other parking plans include leasing neighboring area lots for game days and creating a parking cooperative with adjacent businesses.