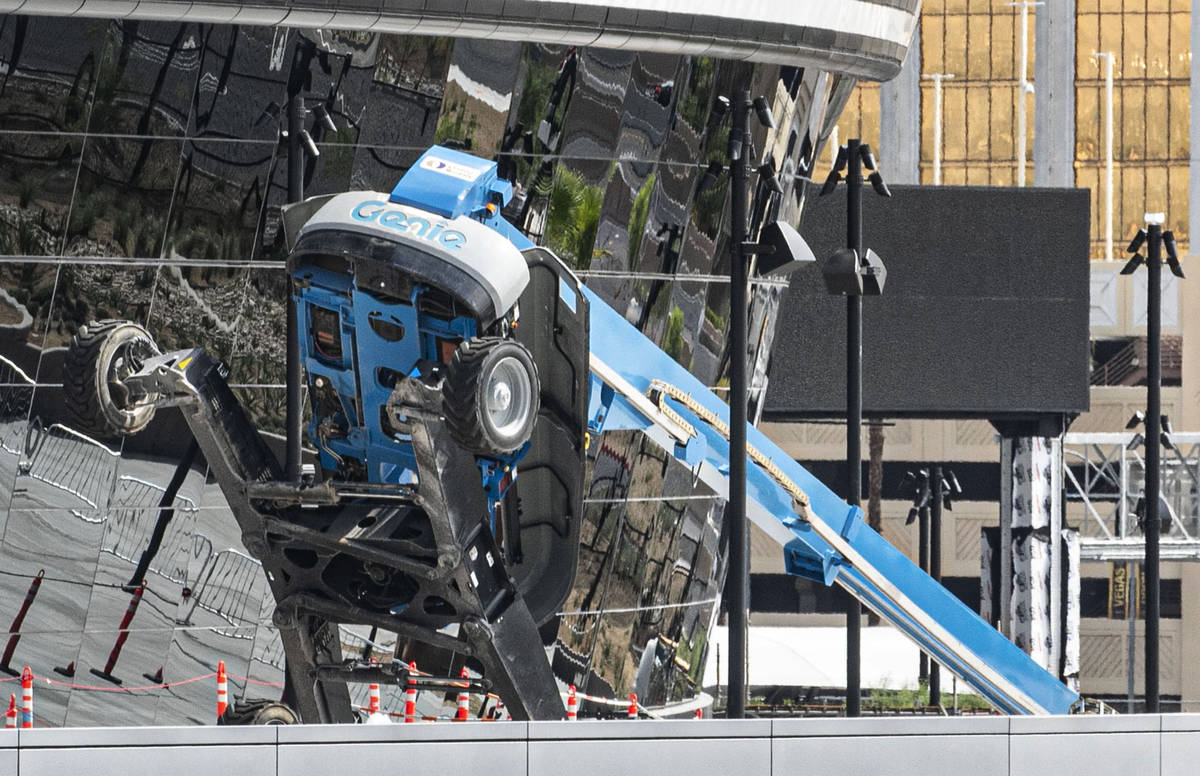 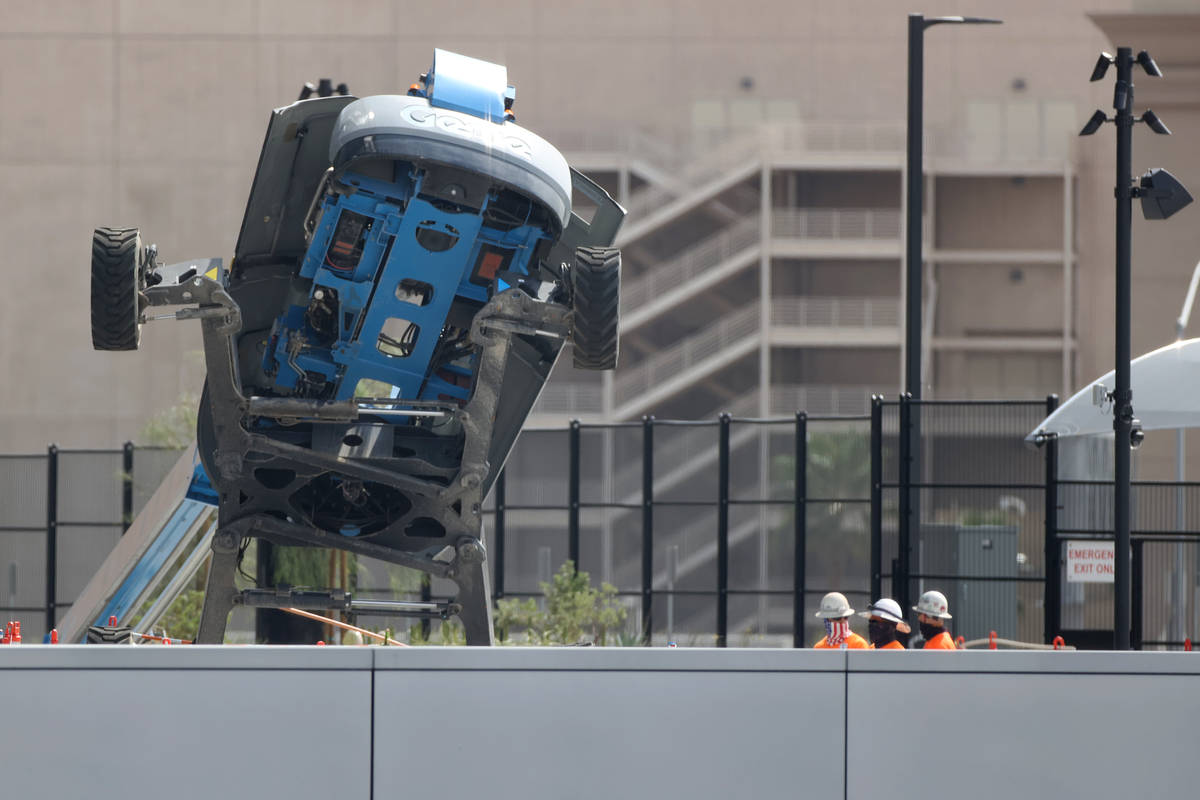 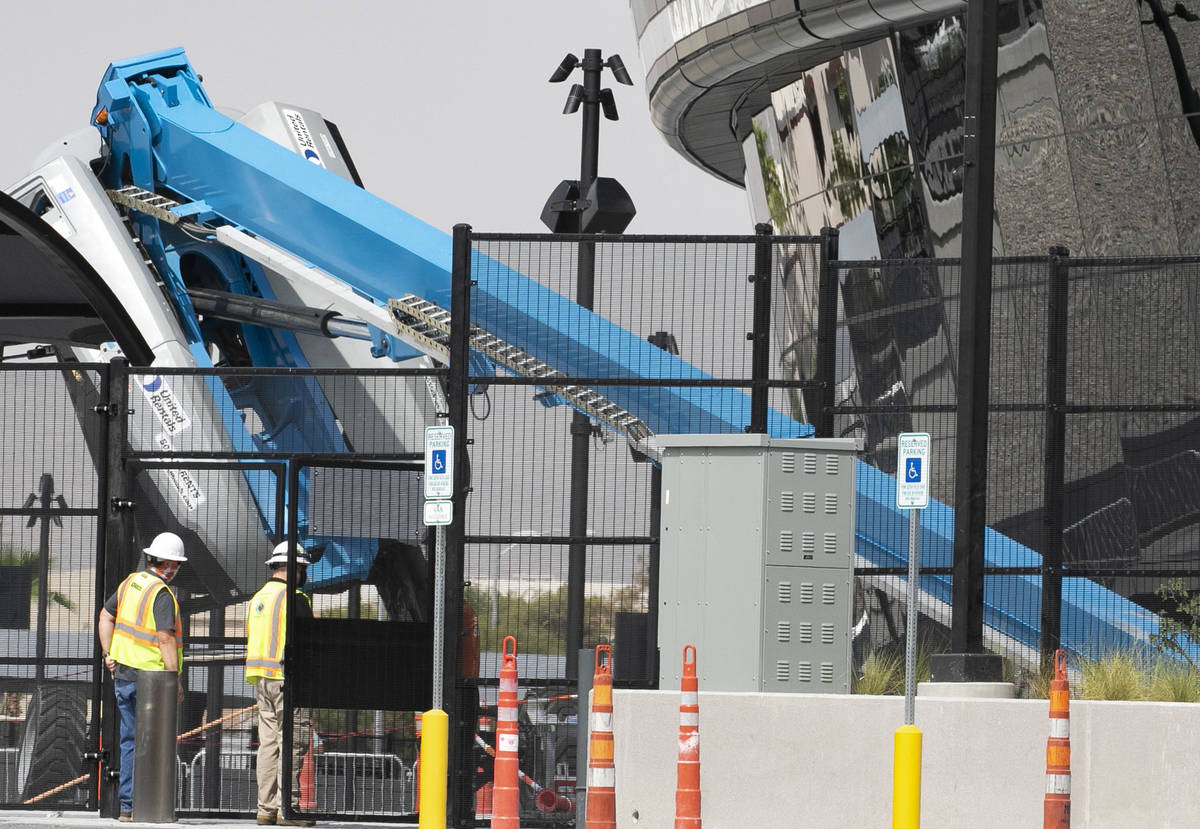 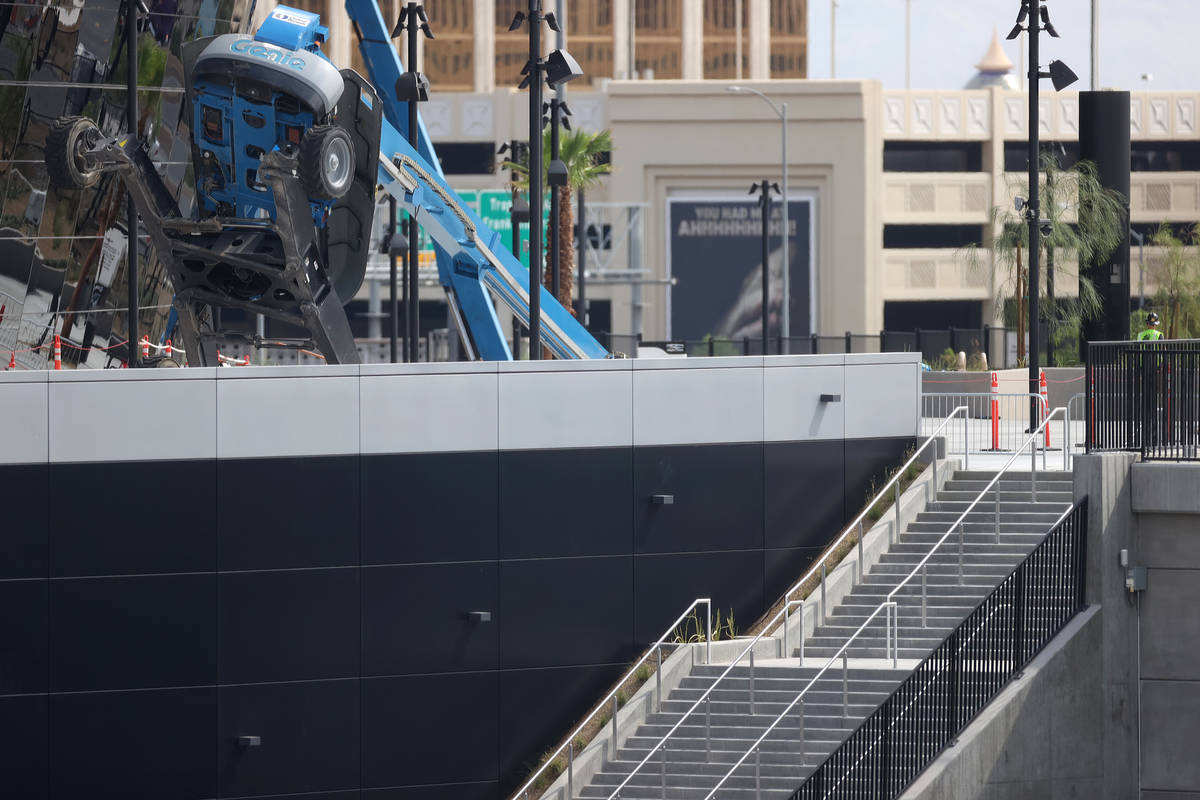 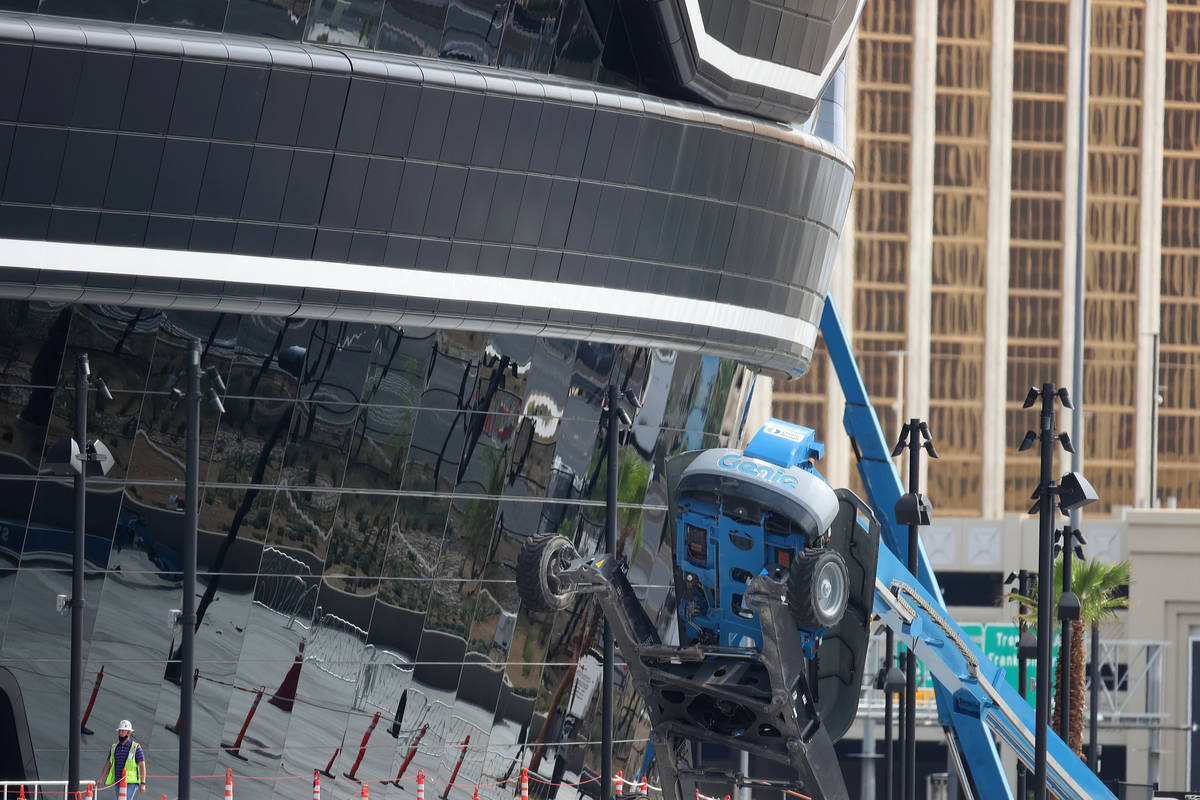 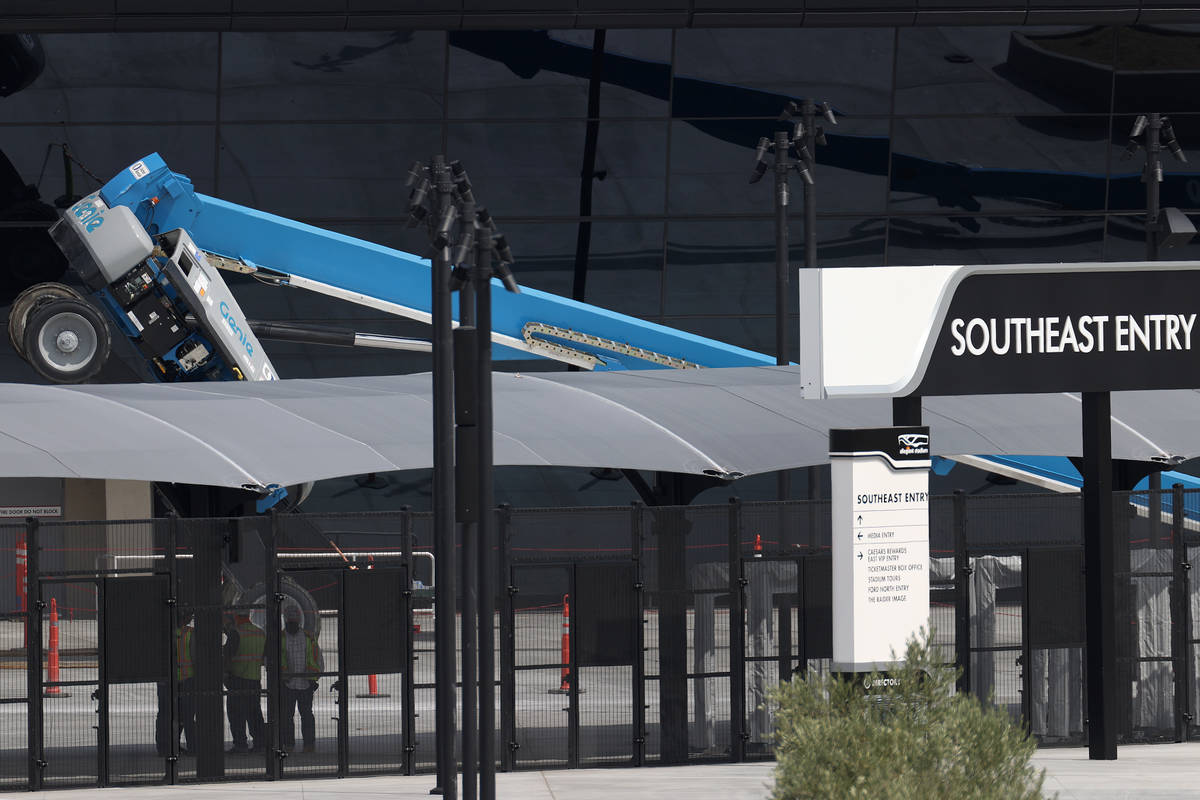 A boom lift lays on its side on the exterior of Allegiant Stadium in Las Vegas, Thursday, Aug. 13, 2020. (Erik Verduzco / Las Vegas Review-Journal) @Erik_Verduzco

A worker at Allegiant Stadium was injured Thursday morning in an incident involving a boom lift outside of the $2 billion facility.

The worker was carrying out touch-up work on the exterior of the substantially completed stadium when the injury occurred, according to Mortenson-McCarthy, the joint venture building the stadium.

“The worker was alert and taken to an area hospital for further evaluation,” said Eric Grenz, vice president of Mortenson-McCarthy. “We are currently investigating the cause of the incident.”

Additional details on the accident were not immediately available.

The Nevada Occupational Safety and Health Administration was opening an investigation into the incident, OSHA spokeswoman Teri Williams said.

Allegiant Stadium was declared substantially completed on July 31, though a list of items remained to be carried out. The project is scheduled to conclude at the end of November.

In a statement on July 31 about the substantial completion, Mortenson-McCarthy touted its safety record on the 65,000-seat stadium project, which will be the home of the Raiders and UNLV football.

“Mortenson-McCarthy made worker safety a priority throughout construction and in doing so achieved a remarkable safety record with a total recordable incident rate of 0.98, which is less than one-third the national average,” the statement read. “More than 12,000 individuals contributed to the project’s design and construction.”