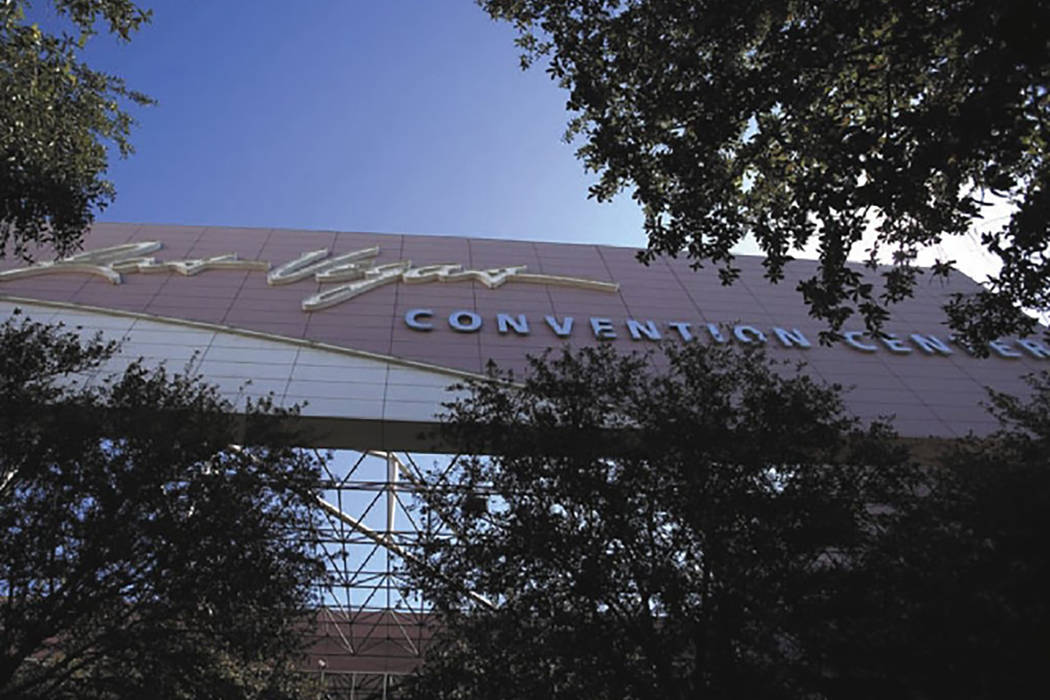 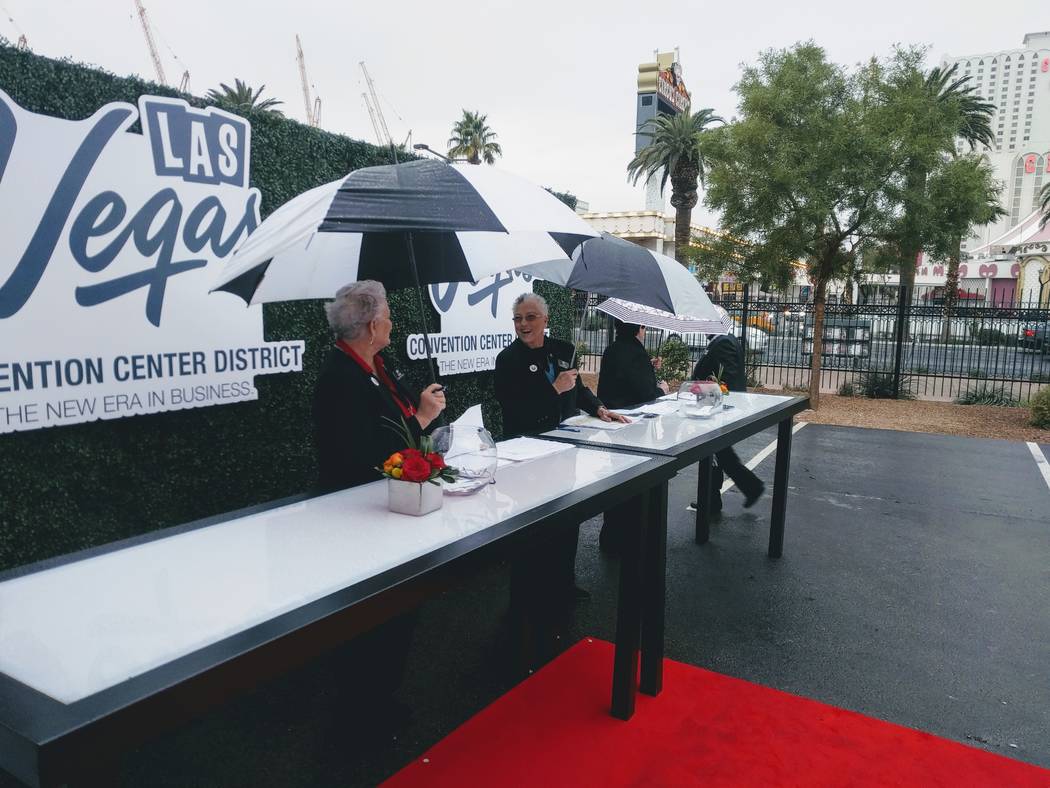 Staff greeting attendees of the groundbreaking marking the expansion of the Las Vegas Convention Center break out umbrellas Monday, Jan. 8, 2018, as rain fell in Las Vegas, Nev. The expanded convention center will be complete in 2023. Daniel Behringer/Las Vegas Review-Journal

A Las Vegas Convention and Visitors Authority committee has recommended approval of a $2.67 million construction management contract to a joint venture that includes a Las Vegas contractor.

The recommendation will go to the full LVCVA board of directors on March 13.

The contract is for construction of a 600,000-square-foot exhibition hall, meeting rooms and support facilities totaling 1.4 million square feet to expand the Las Vegas Convention Center on land currently used as a parking lot northwest of the existing Convention Center.

The estimated $860 million project is part of the $1.4 billion expansion and renovation of the Convention Center to be completed by 2022. The new hall would open in time for CES in 2021.

The $2.67 million contract that would be awarded to the Turner Martin Harris joint venture for pre-construction work. The contract also provides that the joint venture be paid 2.8 percent of the guaranteed maximum price of the project which is being designed by a team of five collaborating architecture firms known as Design Las Vegas.

Committee member John Marz, a Henderson city councilman, asked why an out-of-state contractor was necessary as part of the construction team. Guy Martin, president of Martin-Harris, said the collaboration with Turner works because that company has been a part of 20 convention center projects nationwide and has deep relationships with material providers.

In response to a query from committee member Las Vegas Mayor Carolyn Goodman, the LVCVA’s owner representative, Terry Miller of Cordell Corp., said it will be critical to the project that contractors begin ordering steel girders for the project as soon as possible. That’s because the project will be competing for materials with other Southern Nevada construction, including the Las Vegas stadium and Genting Group’s Resorts World Las Vegas resort projects.

Bill Ham, chairman of the Oversight Panel for Convention Facilities in Clark County, which has been backchecking the committee’s efforts, concurred with the selection of the Turner Martin Harris joint venture. He said he was impressed with how detailed the team was on monitoring the construction schedule and comparing it with other major projects underway in Southern Nevada as well as how key points in the construction schedule match up against convention center’s trade-show calendar.

Ham’s group doesn’t have to sign off on the recommendation to the full board.