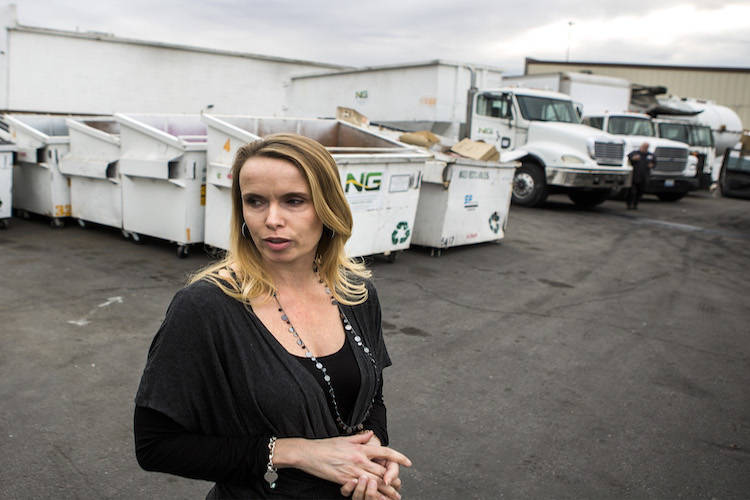 After a long-winded battle with waste-management company Republic Services, Simple Environmental Services Group has declared bankruptcy and all but dropped off the internet, leaving many customers in the dark.

Recycling and waste management company Simple ESG filed for bankruptcy with the U.S. Bankruptcy Court in July. The court certified the filing as a mega case, meaning it had a high amount of money or creditors involved or held a high degree of public interest. According to Simple ESG’s filing, the company had more than 1,186,000 creditors, more than $1.05 million in reported assets and about $2.8 million in reported liabilities.

The company used Republic Services — which has an exclusive franchise agreement with all municipalities in Southern Nevada — to collect clients’ trash. It also worked with other vendors to collect and haul recycling and provided additional services like graffiti removal.

Simple ESG is no stranger to the court system. In March, Simple ESG filed a lawsuit in Clark County District Court, alleging Republic Services tried to push the company out of business.

Today, Simple ESG has all but disappeared. The company website appears to have been deactivated, and customers have reported the company has failed to respond to emails and phone calls.

Danielle Basson, chief operating officer of Simple ESG, said she was unable to comment for this article.

In a March 5 letter from Simple ESG to its clients obtained by the Review-Journal, the company acknowledged that its clients had been receiving delinquent notices, service interruption notices, emails and phone calls regarding Republic Service accounts.

Simple ESG guaranteed in the letter that the property owners would not be responsible for any third-party fees incurred related to the issue — such as late fees — and promised any lien notices placed on properties would be removed as soon as possible at no cost to the owner.

It is not known how many liens have been placed on Simple ESG clients this year.

Tim Oudman, area president at Republic Services, said via email that “there are times when customers’ accounts become overdue to the point that Republic must exercise its authority to impose a property lien in order to ensure eventual payment for the services rendered.”

Republic Services would not respond further to inquiries from the Review-Journal.