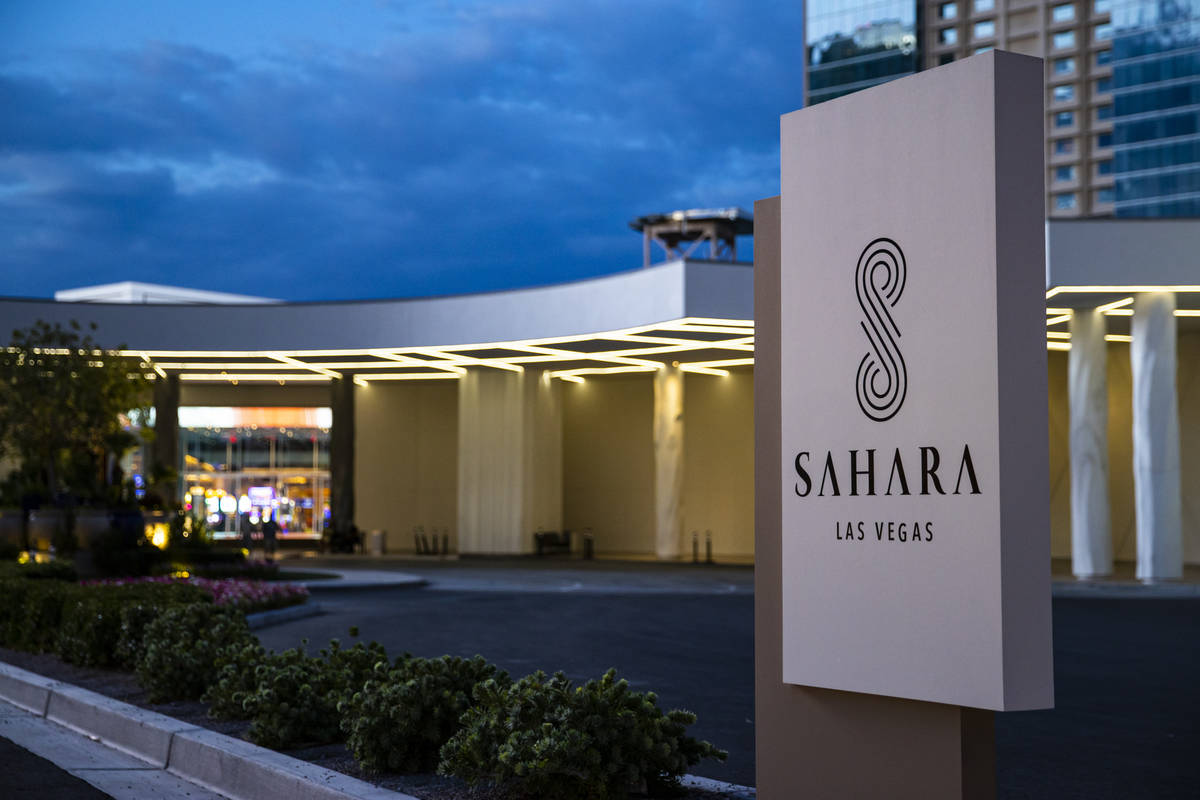 Scott Roeben, the man behind vitalvegas.com and the Twitter handle of the same name with more than 73,000 followers, tweeted on July 30: “Gut punch of the day: Rumor is Sahara could close permanently in September. Permanently.”

Roeben’s tweet was accompanied by a corresponding post on his website with the headline “Sahara Las Vegas to Close Permanently, Per Sources.” The sources were not named, and the property’s lawyers alleged that Roeben had made no effort to contact the company’s representatives to verify the information.

“At no point since taking ownership of the property has LVRH contemplated permanently closing the SAHARA,” attorney Matthew Weitz wrote in the lawsuit. “The fallout from the Headline’s publication was widespread. LVRH has had to expend considerable effort assuring worried employees that the SAHARA was not closing, many of whom were already concerned about their jobs as a result of the current COVID-19 pandemic.”

In an email to the Las Vegas Review-Journal on Friday, Roeben suggested that he had not seen the lawsuit until a reporter sent him a copy.

“This is the part where most would say, ‘I can’t comment on pending litigation.’ That’s definitely not a Vital Vegas thing,” Roeben wrote. “This was a rumor clearly presented as such. Threatening legal action to try and intimidate and silence writers is so 2001. It doesn’t really fly in 2020. How is the rumor that a struggling casino is struggling even more during a pandemic surprising or controversial?”

Sahara’s Twitter account responded to the Vital Vegas tweet, which has since been deleted: “There is no merit to this claim. It is extremely disappointing to have someone spread unfounded rumors that detrimentally impact our team members, guests and community. To find out what we are really about visit https://sahara.lv/SAHARACares.”

Roeben couched his original post by saying, “This startling rumor is unconfirmed, but there’s no denying Sahara was having a rough go of it even prior to the COVID-19 crisis.”

He touts his site as a place for “the essential news and information you need to get the most from your next Las Vegas visit, all with a slightly skewed, occasionally intoxicated, perspective.”

But people from Florida, Texas and California contacted casino hosts, while the company’s convention and sales team fielded inquiries from concerned clients who said they “may ask for deposits back,” the suit alleges.

Roeben continued to jab the company on social media.

Weitz alleged that Roeben “doubled down on his false and defamatory statements” in a revised post and later misrepresented that the company had “pulled the plug on discounts and incentive programs for its big players.”

“At the time the Tweet was published, SAHARA had not ceased offering discounts or incentives to big players,” Weitz wrote, saying Roeben’s tweet “exacerbated” damage caused by his original posts.

“The effect of Defendant’s statements represent an unjustified attack not only on LVRH, but on the Las Vegas community as a whole,” the attorney wrote. “LVRH is proud to employ thousands of individuals in the Las Vegas area. LVRH also contributes greatly to the local economy by working with local vendors who in turn create even more badly needed jobs in the community.”