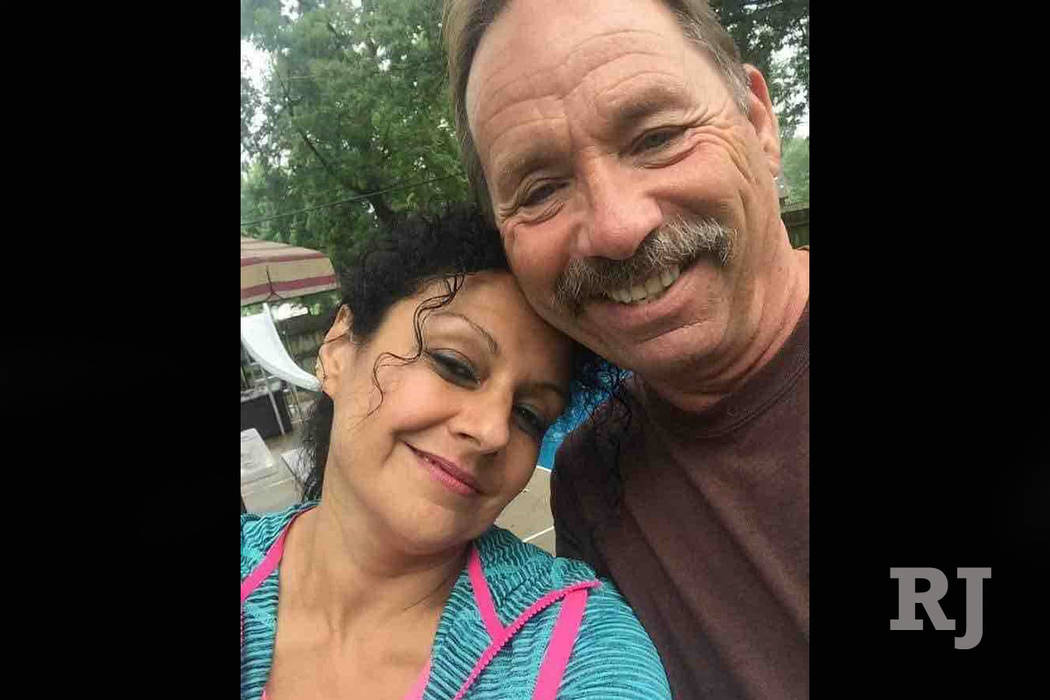 Brett Schwanbeck, of Bullhead City, Arizona, was attending the Route 91 Harvest Festival in Las Vegas with his fiancee when he was fatally shot Sunday night. (Photo provided by Carla Van Hoosen)

Brett Schwanbeck was no stranger to the great outdoors.

As a father he took his two sons on countless expeditions to camp, hunt, fish and ride dirt bikes.

“He liked to be where no one else was at. He liked to get lost out in the middle of the woods,” his youngest son Shawn Schwanbeck told the Review-Journal Wednesday. “My dad was the funnest guy in the world to be around.”

Brett Schwanbeck, 61, was fatally shot Sunday in the attack on the Route 91 Harvest Festival. His niece Carla Van Hoosen said he died from a head wound Tuesday afternoon at Sunrise Hospital in Las Vegas.

Shawn Schwanbeck said his father took the family on vacations to Florida, Mississippi, Arkansas and California. On one trip to Colorado the family went whitewater rafting, river fishing and watched a bear traipse through their campsite.

“That was one of the coolest experiences of my childhood,” Shawn Schwanbeck said of the trip.

Van Hoosen has well more than a dozen aunts and uncles, but said Brett Schwanbeck was the one who always stood out.

“When we would have family gatherings he was always the fun one to hang out with,” Van Hoosen said.

Van Hoosen said her uncle was funny and not afraid to speak his mind. But she also described him as compassionate: the kind of guy “who would drive 500 miles if you needed him to help you.”

She recalled one family gathering in 2012 or 2013 that she couldn’t drive home from because her SUV’s headlight died. Schwanbeck took off the vehicle’s bumper at night to replace it for her.

“He was out there for hours fixing it,” she said. “He kept saying ‘this is why you don’t buy a Chevy.’”

Schwanbeck is survived by his two sons, one daughter, fiancee and five grandchildren.