Cameron Robinson worked as a legal records specialist for the city, according to TransparentNevada.com
By Michael Scott Davidson Las Vegas Review-Journal
October 2, 2017 - 3:33 pm 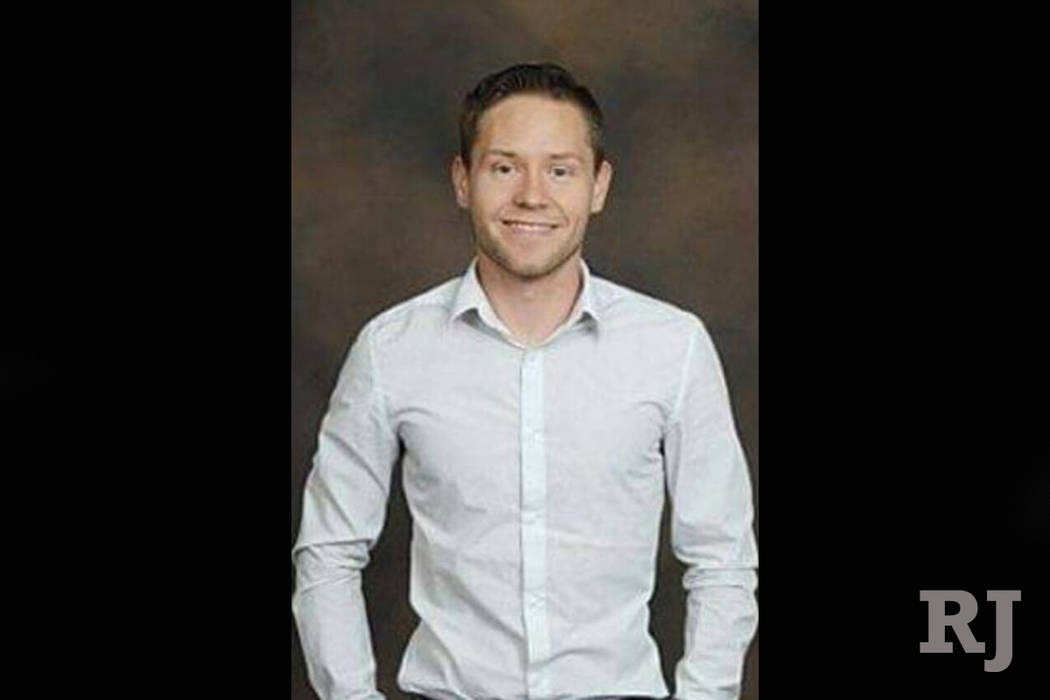 A city of Las Vegas employee was among those shot and killed at the Route 91 Harvest country music festival Sunday night.

Cameron Robinson, 28, was attending the festival with his boyfriend when he was shot in the neck, his sister Meghan Ervin said.

Robinson lived in Cedar City, Utah, but drove to Las Vegas for work, Ervin said. He was a legal records specialist for the city.

City officials remembered Robinson at Wednesday’s City Council meeting as someone who would make a face when he could tell someone needed to smile. He had a great sense of humor and a thirst for knowledge, Councilwoman Lois Tarkanian said.

“Literally, he knew something about everything and he was always willing to teach you how to do something if you were struggling with it,” Tarkanian said.

“To his family and his boyfriend Robert, we feel the loss here with him not being with us,” Councilwoman Michele Fiore said.

More than 500 people had contributed $22,021 to a GoFundMe account for Robinson as of 3 p.m. Wednesday. The donations will go toward helping his family cover medical and funeral expenses, the web page said.

Robinson’s partner, Bobby Eardley, told Anderson Cooper in an interview on CNN Wednesday that strangers performed CPR on Robinson and another unconscious man as a group of people were transported to a local hospital Sunday night.

“I want to make sure that he knew that he wasn’t alone in those moments. And I held him and talked to him the whole time,” Eardley told CNN. “And I know he wasn’t the only victim and so many other people are going through exactly what I’m going through. And my heart goes out to every single one of them.”