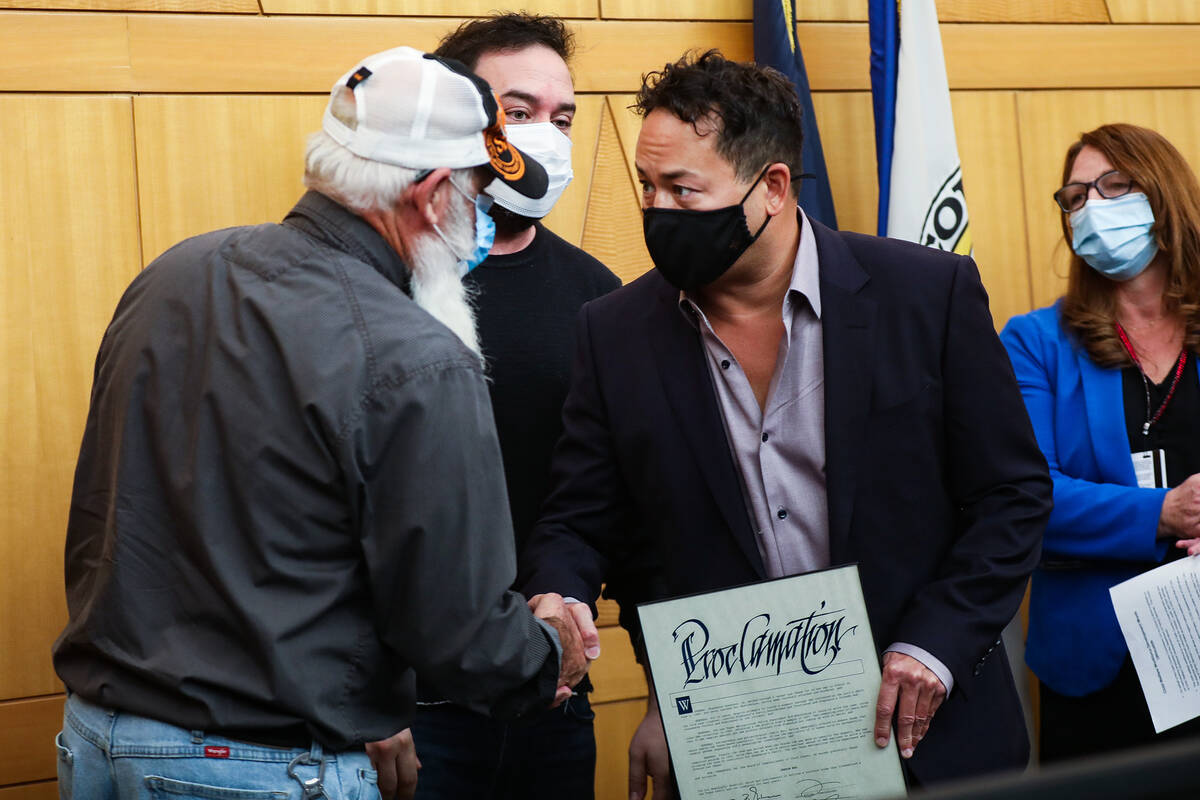 In this Sept. 21, 2021, file photo, philanthropist Justin Woo, right, shakes hands with John Isaacson, left, as Othram CEO David Mittelman, center, looks on at the Clark County Commission Chambers in Las Vegas, after the Clark County Board of commissioners recognized Woo for his donation that helped solve the cold case of Isaacson's daughter, Stephanie Isaacson, who was killed in 1989 in Las Vegas. (Rachel Aston/Las Vegas Review-Journal) @rookie__rae 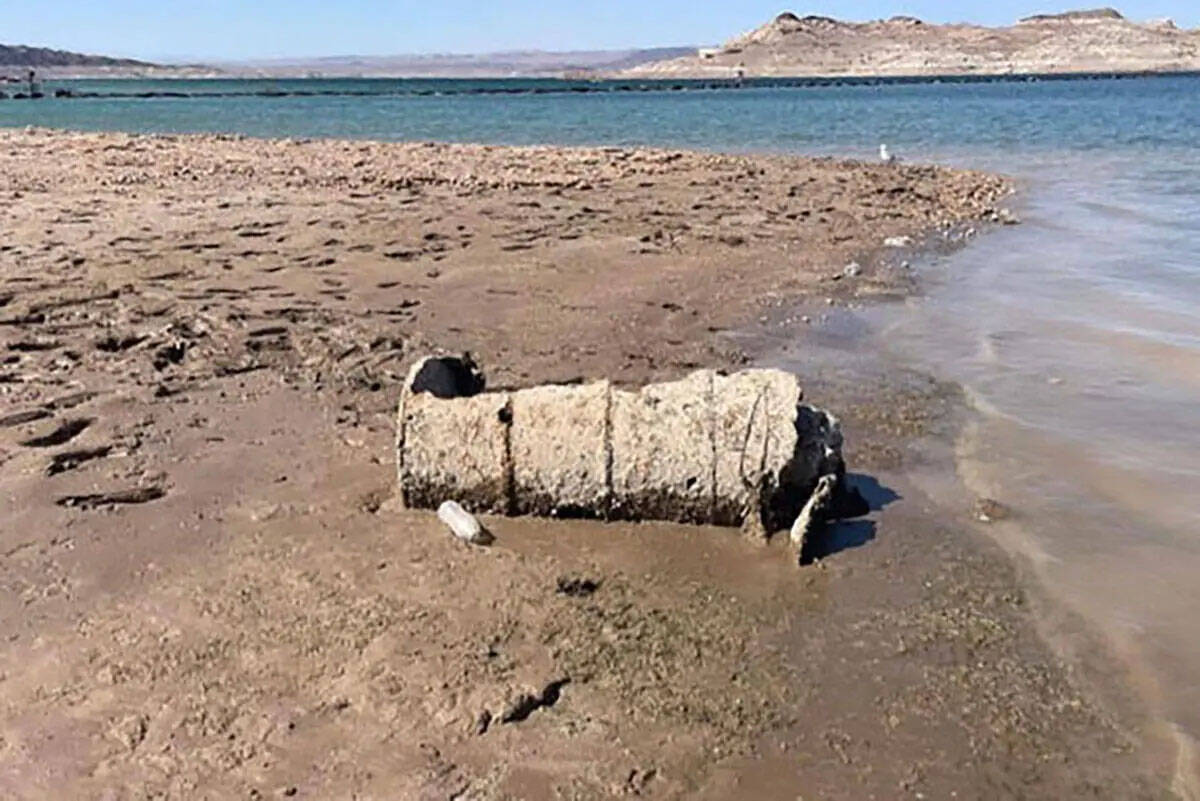 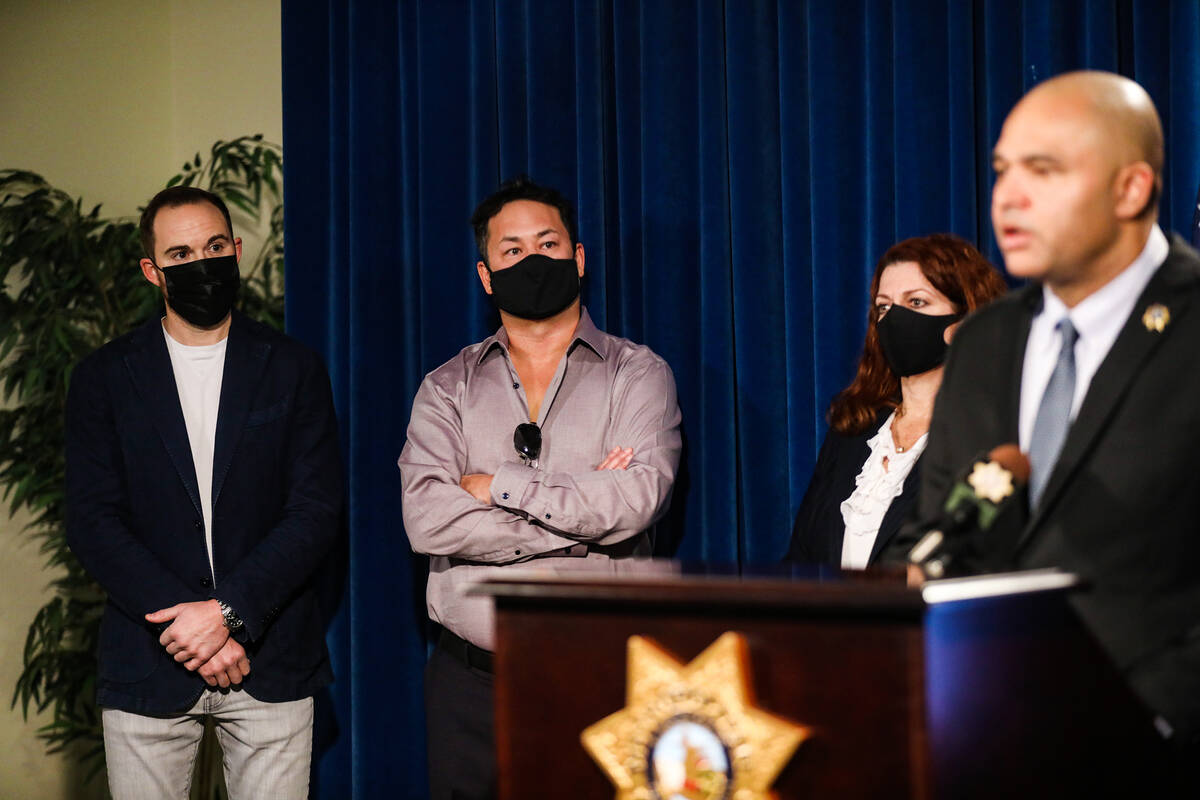 In this Nov. 29, 2021, file photo, Michael Vogen, director of case management for Othram Inc., from left, philanthropist Justin Woo, and Kim Murga, director of laboratory service for the Metropolitan Police Department, listen as Lt. Ray Spencer addresses the media about a cold case where police were able to link a suspect to the 1979 death of Kim Bryant using DNA and genome sequencing at a press conference at Metro Headquarters in Las Vegas. (Rachel Aston/ Las Vegas Review-Journal) 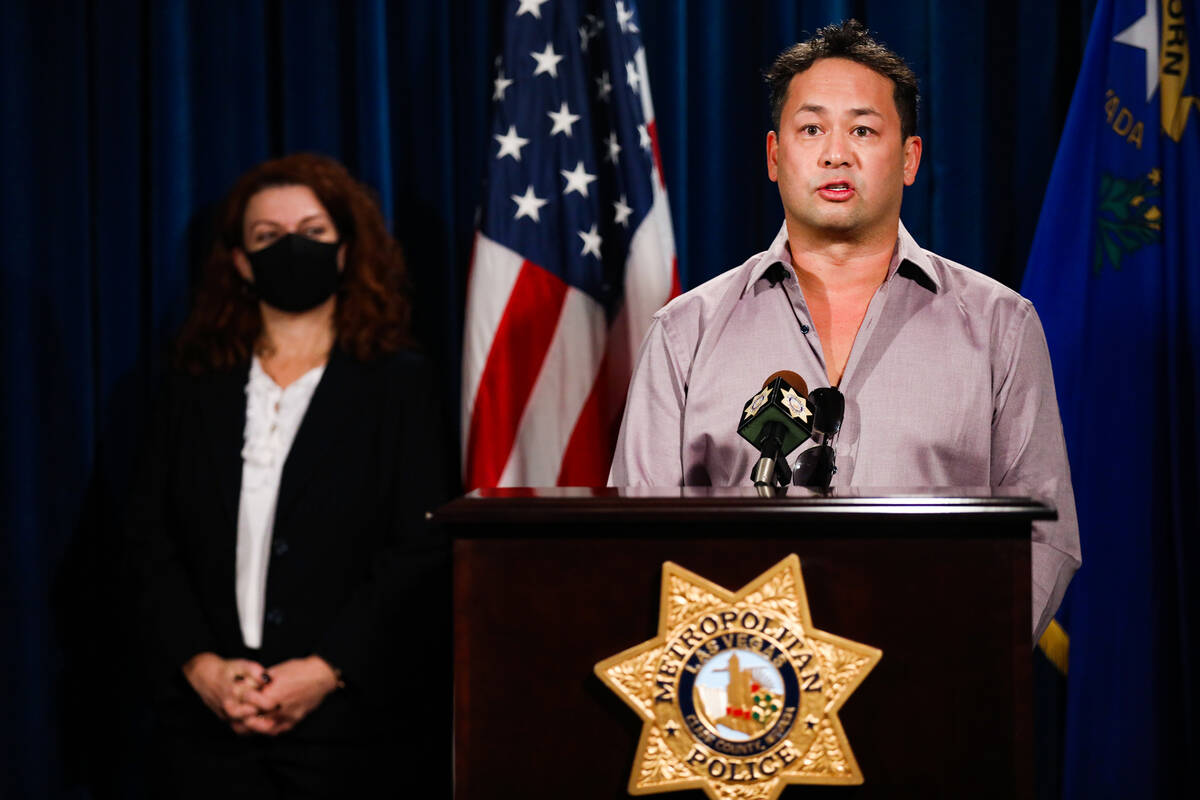 In this Monday, Nov. 29, 2021, file photo, Philanthropist Justin Woo addresses the media about a cold case where police were able to link a suspect to the 1979 death of Kim Bryant using DNA and genome sequencing at a press conference at Metro Headquarters in Las Vegas. Woo contributed the necessary funds to pursue the testing. (Rachel Aston/ Las Vegas Review-Journal)

Las Vegas resident and philanthropist Justin Woo said the Las Vegas Justice League has donated $5,000, which Othram Inc. will use to test the remains.

“The DNA processing takes a couple weeks and then there’s the research part where Metro is doing the genealogy research,” Woo said, noting that investigators would have to find a DNA match to identify the man.

The man’s body was discovered Sunday afternoon near Hemenway Harbor inside a barrel. Police suspect the man died sometime in the middle to late 1970s or early ’80s based on his clothes and shoes.

Police said he died from a gunshot wound, although the Clark County coroner’s office has not officially ruled on his cause and manner of death.

The Justice League is currently funding six other DNA cases for Metro and one Henderson case through Othram, Woo said.

Last year, Othram set a world record for the least amount of DNA used to solve a case when it identified a suspect in the slaying of 14-year-old Stephanie Isaacson, who was killed in 1989.