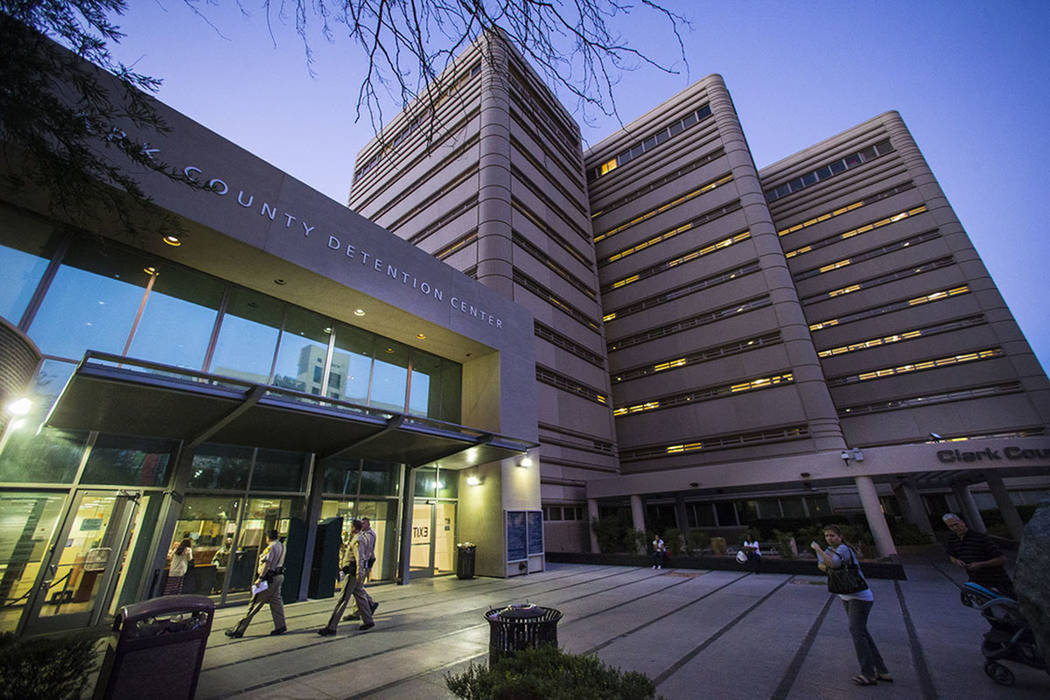 The man who called 911 about a deadly shooting April 20 was the brother of the shooting suspect, and he told Las Vegas police that he helped clean up the scene before making the call, according to an arrest report.

The younger brother of Gonzalo Rivera, 42, told a homicide detective that he witnessed the shooting at 3790 Hazelwood St. and cleaned the scene before placing the call about 9:30 p.m., a Metropolitan Police Department arrest report indicates. Officers arrived to find Mark Salazar, 46, lying in an alley, near Twain Avenue and Swenson Street, dead from a gunshot wound to the chest.

“(The brother) admitted he was present and stated it all happened quickly after an argument ensued,” according to the report.

In an interview with police documented in the report, Rivera denied involvement in Salazar’s death, telling detectives that somebody else pulled the trigger and offering differing accounts of whether he was present when the shooting happened.

However, Rivera said he tried to clean up the scene, took Salazar’s cellphone and carried a blood-soaked T-shirt to his car before officers arrived.

Detectives viewed security footage from a camera that faced out through a laundry room window and into a nearby alley.

The security footage showed Rivera pulling up in a light-colored sedan and coming close to the laundry room. Salazar showed up to the laundry room about 8:35 p.m., and Rivera was seen minutes later “hurriedly moving” through an alley and carrying a trash bag to a dumpster, according to the report.

“Gonzalo could not/would not explain the contents of the trash bags he was seen carrying to the dumpsters,” the report said.

Officers said Rivera place unknown items into the sedan’s trunk and returned to the laundry room area. And just after 9:10 p.m., the report said, Rivera carried a bloody object and a flashlight into the sedan and left.

Detectives had spotted the security camera inside a nearby building but couldn’t access the inside until the next day.

An on-site property manager pointed out a deadbolt had been installed by an unknown person squatting in the laundry room, the report said. Detectives noticed blood on the lower corner of the door, and they received permission to force in the door. They also had a search warrant for the room.

They found a digital video recorder, several rounds of ammunition, “miscellaneous paperwork bearing the name Gonzalo Rivera” and a family photograph that included the on-site property manager. The manager then disclosed to police that her son, Rivera, had been staying in the room.

A crime scene analyst spotted blood near the door frame and a laundry room wall during a follow-up examination of the room.