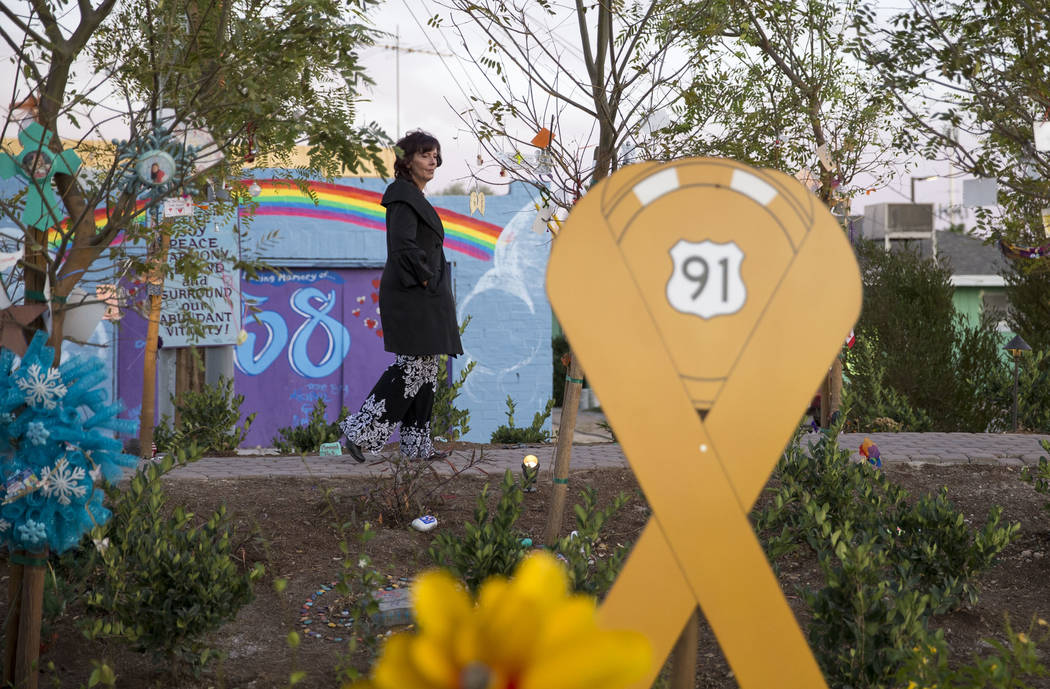 The Las Vegas Victims’ Fund will stop collecting donations for survivors and families of victims of the Oct. 1 Strip shooting on Jan. 31.

“We’re trying to encourage anybody that is going to give to do so by that date,” fund committee chairman Scott Nielson said Friday. “We need to know the total amount we have in order to make substantive decisions about how to allocate funds between all the claimants.”

Survivors, first responders, people working at the event and family members of shooting victims can submit a claim for a donation from the fund beginning in January, according to an estimated timeline by the fund committee.

The Las Vegas Victims’ Fund is a Nevada nonprofit corporation established to oversee the consolidation and distribution of the funds contributed in response to the Route 91 Harvest music festival shooting Oct. 1.

The electronic claim form is slated to become available at www.lasvegasvictimsfund.org and at www.nationalcompassionfund.org. All claims must be submitted electronically.

The fund has about $16 million in donations so far.

The committee is accepting feedback until Dec. 8 on its proposed guidelines for distribution of Las Vegas shooting donations.

As proposed, families of the deceased and people who suffered permanent brain damage or permanent paralysis resulting in continuous home medical aid would receive the highest level of payment out of the fund, the draft guidelines say.

People can provide feedback and input relating to the protocol by email to comments@lasvegasvictimsfund.org and by mail to Las Vegas Victims’ Fund, P.O. Box 551111, Las Vegas, NV 89155-1111.

Nielson said that so far, the committee has received about 140 comments online and by mail.

“We are receiving comments, and we’re working on how to respond and collate them,” he said.

Suzzanne Michaels, who survived the shooting, said that she sent the committee an email and that nobody has responded to let her know it was received.

Nielson said the committee will start responding to emails to let people know it received their comments.